The biggest power drain of all... cleverer software needed

So there I was in a largish UK town on December 27th, visiting relatives. Naughty, I know, but I was staying in touch with email and Twitter through the day, because... well, this is me. And I totally killed two smartphones in five hours. And was on the way to killing a third. To find out why, read on, there's an issue here that I've moaned about before, that not many technologists acknowledge and which could do with addressing intelligently in each mobile OS.

I was in Tiverton, UK, a Devon town with reasonable population, quite a way inland. I'd known from previous visits that 3G data was a complete no-no. (It drives me mad when tech commentators witter on about LTE and multi megabit download rates when much of even the UK is lucky to even see a '3G' indicator on their phones.) Yet, this time, I saw '3.5G' appear on my Nokia N8 - "Ooh", I thought, "someone's been putting in new cell towers".Well - maybe just the one cell tower, as it turned out, and not that close to my location.

Over the next couple of hours, from my furtive peeks (in between probable disapproving glances from my family), I noticed the '3G' signal strength vary between one and three bars (out of seven) and, quite often, disappear altogether for a while, to be replaced by 'E' (for 'EDGE'). I also noticed two things - my battery status was shrinking rather too fast and the N8 was getting rather warm.

Two hours later, just after the turkey sandwiches were eaten, the mince pies polished off and the washing up was done... so was the N8. It dolefully bleeped that the battery was low and was asking to enter 'Power saving mode'. "Stuff that", I thought, I wanted navigation and other functions on our afternoon walk... so, being Mr 'never take just the one smartphone into the shower', I broke out my Google Nexus S (now running Ice Cream Sandwich, by the way), inserting my main SIM and, essentially, carrying on where the N8 had left off.

Like the N8, the Nexus S started the day with a full battery charge - I always keep my phones near full charge - just in case. And, like the N8, by the time we were back from our walk, the Nexus S was very warm and down to about 20% power. Gah.

I still wanted to show off some photos and do some Web lookups with the (non-tech-savvy) relatives, so I switched to the Nokia Lumia 800 (with different SIM, as it uses microSIM and I do NOT believe in messing around with fragile adapters). This, finally lasted through the day and got me home at the end of it.

Three smartphone batteries to last one day though? That's insane. Most normal people would only have the one phone and the one battery. The culprit here, of course, was the low signal strength 3G data. Registering on a 3G network (and staying registered) consumes more battery power than doing the same on a GSM network. In an area of weak signal strength, the effect is multiplied dramatically, with the phone ramping up RF power to try and keep 3G active at all costs. Add in maintaining a 3G data connection only makes things worse again.

The upshot is huge battery drain, a very warm phone and very poor battery life. The solution is, as many of you will know by now, especially if you've read any of my tips features before, to manually switch off 3G functionality in the phone and to force the fallback to the far less power-hungry GSM radio system. No, data won't be as fast, but telephony will still work fine and you'll still get a hundred or so kbps if you're lucky. And your battery will last the day - easily. Whichever phone you've got.

Note that, on Symbian, this switch is also made automatically when you manually turn on 'Power saving mode', though this mode does include other restrictions and optimisations. 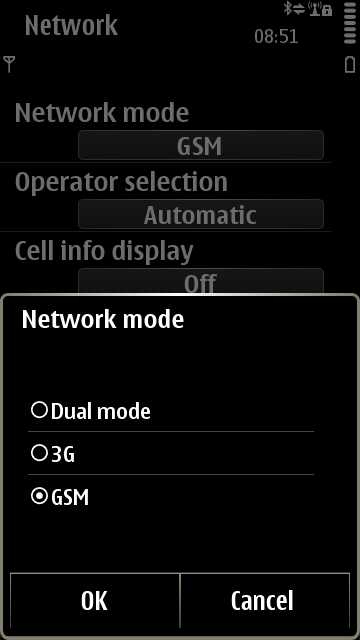 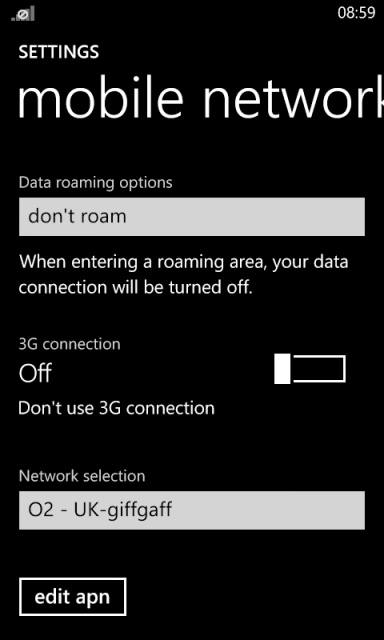 Here's my question though. If, as a mere human being, I could spot the warning signs (one or two bars 3G consistently, 3G flicking off altogether, etc), why did none of the so called 'smartphones' act smart enough to step in and save the day? Battery life is poor enough on most smartphones as it is - surely more should be done in intelligent software to spot this showstopping situation happening?

When 3G is intermittent, the OS, whether Symbian, Android or Windows Phone, in my case, should surely step in and perhaps pop up an optional message:

If we were still in geek-centric 2006 smartphone land, I'd have said it was ok for the user to have to know what magic runes to cast to switch down to GSM. But this is 2011 and smartphone users have enough on their plate already without having to micromanage their phone's RF modes.

Come on, Microsoft, Nokia, Apple and Google - this one's down to you. Get programming, I want to see this sort of RF intelligence in your next OS updates.

Am I missing something? Do any devices or mobile OS already do this? Comments welcome.

Steve Litchfield, All About Symbian and All About Windows Phone, 29 Dec 2011