Why the humble phone loudspeaker needs to be just that: LOUD

As I sit at my desk looking at around a dozen smartphones of all shapes and sizes (hey, I'm a journalist, and privileged that way), running four different mobile OS platforms, I find my decision on which to use as my main phone based on a number of hardware factors (screen size, form factor, camera) that you'll probably empathise with, plus one that you might not expect. At the top of my list of characteristics for a perfect smartphone is a loud, high quality loudspeaker. Yes, really.

Putting a "loud, high quality loudspeaker" at the top of a wishlist for a new smartphone may sound odd, but I bet I'm not alone. I've certainly lost count of the number of top smartphones of all persuasions which I've liked generally but which I've reluctantly had to pass on because the loudspeaker wasn't up to scratch. Recent examples include the Google Galaxy/Nexus S, the Nokia N86, just about every HTC handset, the Nokia C7 and of course the ultimately disappointing venerable Nokia N97 and N97 mini.

Which is not to say that a number of recent phones haven't had speakers which are good enough, but more of that later.

So why is having a decent speaker important - I hear you ask? After all, HTC have sold tens of millions of Android smartphones with only one acceptable speaker among the whole range. I suspect that people who bought those devices have just had to live with ear piercing tinniness since day one - they really would have been better off with a different manufacturer in this regard!

Here then are the use cases, direct from my own daily experience:

I'd hazard a guess that at least two or three of the above ring (no pun intended) true for you, too? So why do we put up with phones with inferior loudpspeakers? I've often ranted about the inferiority of LED flash for phone cameras - and got nowhere with manufacturers, who apparently don't listen to me. More people need to complain, with me, about poor speakers, in order to improve our experience with some or all of the tasks listed above. 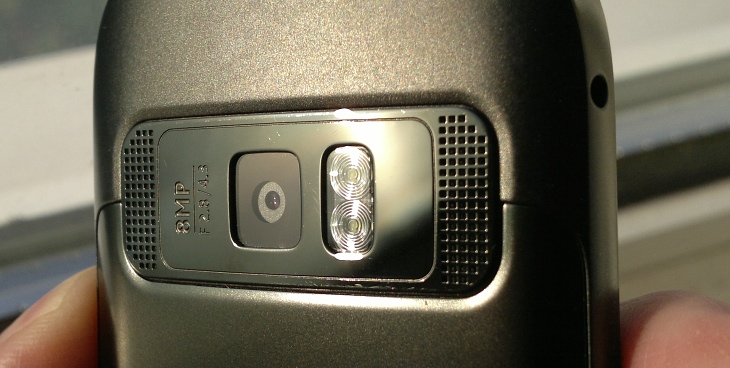 The Nokia C7 - though note that in this case the 'second' speaker is a cosmetic affectation - there's only actually one!

You'll be wondering, of course, where the device you own (and its speaker) fits in the grand panoply of smartphone hardware as at January 2012?

The following isn't anywhere near a definitive list, but it's a representative selection - I have tried quite a number of smartphones in the last five years and would rate them in the following order, with the loudest and highest quality speaker at the top and the quietest and/or tinniest at the bottom.

The amazing boombox speakers on the Nokia X6...

Comments welcome if you'd like to proffer a candidate phone speaker as best or worst, or if you too have a pet use case that hasn't been mentioned yet. Or perhaps you disagree vehemently and think a decent speaker is an irrelevance?

Filed: Home > Features > Why the humble phone loudspeaker needs to be just that: LOUD