Looking back on my trip to Azerbaijan, one of the things that I've realised is just how much I trusted my Lumia 800 to work. I've spoken before (mostly on the regular Insight podcasts) how it's important that I have a smartphone that 'just works' when I am away on business. I don't want to have to think about the handset, I just want it to work. For me, Windows Phone has crossed that barrier.

What this normally means is that I carry two phones with me while away on trips - a newer handset, sometimes on long term review, and in the back pocket, a safety net. As I headed out to the coast of the Caspian Sea, I did throw in my previous smartphone net (the Nokia C6-01 running Symbian) which was going to carry my UK sim, but after two weeks it had a layer of dust on it, unused and un-needed.

Almost every single moment I needed to do something with a phone, I picked up the 800. I did what I needed to do, and it went back into my pocket. A pocket that initially was carrying the C6-01, and also Sony's first Android smartphone, the Xperia S.

I never missed any important texts or emails; I was able to stay on top of Facebook and Twitter (and there was a lot of chatter on these, given the Eurovision Song Contest was close); comments, links, and analytics from my websites flowed onto the live tiles and applications; emails and meetings were arranged with PR people, singers, and the mighty Ken Bruce from Radio 2; and the alarm calls got me up in time for the bus we shared with the stage hands, riggers and techies into the Arena each morning.

In short, my subconscious trusted the Lumia 800 to do everything. 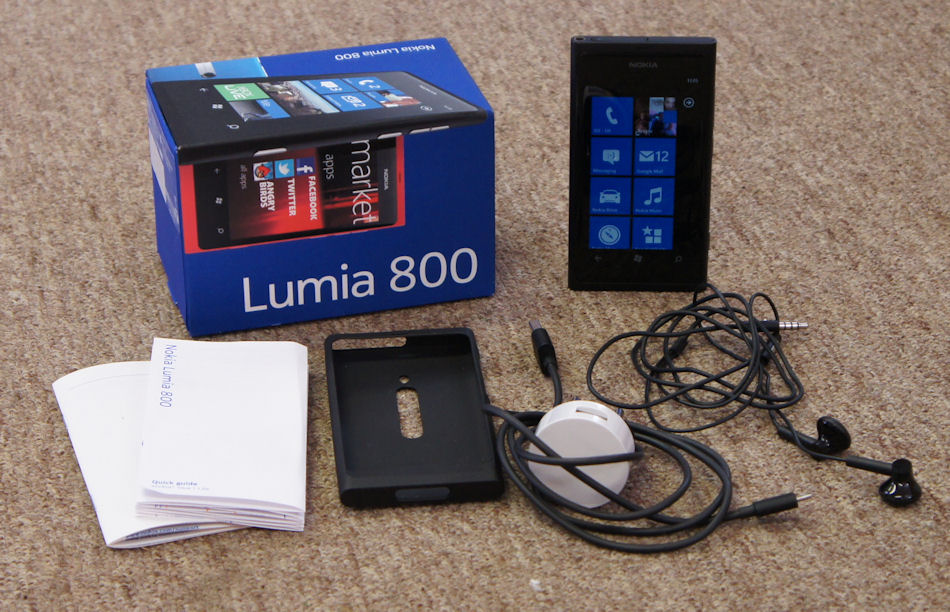 That's a big step for any handset to make. When you stop watching the battery charge and just know when you can make it to the end of the day (even with a few games of Geo Defense Swarm) you can start using your smartphone as a tool that will always be with you. It's a moment that has crept up on me, and it's one that subtly changes how I have interacted with the 800. It doesn't happen with every phone, but the moment last week was when I realised the 800 had come together and was simply part of the fabric of my working life.

Right here, this is the message that ultimately needs to get through to consumers. For all the geek/tech talk of not enough applications, smaller screens not being high enough resolution, sealed batteries, and having the word 'Windows' on your phone; the simple truth for me is that Windows Phone works. And not just working and doing the daily duties, but working on an emotional level.

The question now is how long it will take the rest of the world to realise that Windows Phone is a viable alternative?