This morning's news from Nokia was bleak, with 10,000 job losses and a revised financial outlook that will see the company's key Devices & Services division report losses of several hundred million Euros for Q2 2012 on the 19th July. Media coverage has understandably focused on these key points, but a number of important strategy changes were part of today's announcement and these are worth examining in more detail.

The press release that Nokia published this morning brought two items of interest with regards to Nokia's Lumia device strategy. Firstly, the company aims to further differentiate Lumia devices from competitors by making investments in product experiences, and secondly, there is an intention to widen the portfolio by making Lumia devices available at lower price points.

The acquisition of technology from Scalado is an example of the way Nokia hopes to create product differentiation. In the case of Scalado, the technology will be used to further enhance Nokia's leadership in the mobile imaging space. We are likely to see future Lumia devices with smart camera experiences, such as the ability to choose facial expressions of individuals in a group portrait and removal of unwanted people from cityscape photos.

In a conference call today, around today's news, Stephen Elop, Nokia's CEO, noted that Windows Phone was Nokia's competitor against Android and that, as part of this strategy, Nokia "will broaden the price point range of its Lumia portfolio", something it is able to do thanks to specific engineering support from Microsoft that "allows us to achieve things we did not previously have line of sight for". Asked about timing and pricing, he said "we are absolutely going to make Windows Phone [devices] cheaper than the Lumia 610", but did not offer a specific timing, instead observing that "in broad ecosystem terms, there are some important dates ahead and we are excited about those", a clear reference to the forthcoming announcement of the next version of Windows Phone.

Elop also said that Nokia would be refining the way it approached sales with increased focus and investment in key markets such as "the USA, China, UK, and certain other European and Asian [countries]". These markets will receive the maximum investment and attention because "they are big signalling markets or are big markets overall". Other markets will be put into tiers, with some receiving more attention than others. Furthermore the first six months of Lumia sales have provided some important lessons for the company; the most successful markets have been those where Nokia has aligned with a big operator or retail partner (e.g. AT&T and T-Mobile in the USA), more so than markets where a "broader brushstroke approach" has been tried.

Elop described how consumers are responding very positively to Nokia products, when they have them in their hands, but a continuing challenge is breaking through the dominance of Android and iOS in the sales channel. Elop explained that "the challenge is how to break through... how do you get the attention of a retail channel associate... how do you get a preferred spot on the shelf in retail store". The strategy of focusing on a number of key markets aims to help Nokia break through this sales channel barrier.

In today's press release, Nokia also noted that it would "improve the competitiveness and profitability of its feature phone business by further developing its Series 30 and Series 40 devices". The bland statement hides larger underlying changes to the company's mobile phone strategy.

Over the last year, there's been a lot of interest around Meltemi, a code name for a rumoured Linux and Qt-based platform that would be used to power the next generation of Nokia's low end mobile devices. Nokia executives made a variety of references to reusing assets from MeeGo in future Nokia products and this was generally assumed to be a reference to Meltemi.

The existence of the Meltemi project has never been officially acknowledged by Nokia, which means there will be no official confirmation of its cessation. Meltemi attracted a wide array of public interest, in part because it was regarded as the surviving remnant of Nokia's old software strategy. It therefore became emblematic for those dissatisfied with Nokia's switch to Windows Phone, but that attitude rather missed the point, and did a gross disservice to the project. Sources close to Nokia suggest Meltemi had not met key performance targets and was running behind schedule, suggesting it was not ready for its intended role, an echo of the issues faced by MeeGo.

What is clear from today's announcements is that Mary McDowell (executive vice president, Mobile Phones), under whose auspices the Meltemi project would have fallen, is stepping down from the leadership team and leaving the company at the end of the month. The announcement of the closure of Nokia's offices in Ulm (Germany), which was one of the main centres for both Qt and the Meltemi project, provides further evidence that Meltemi has been cancelled, as do a number of tweets from Nokia employees.

Meltemi had an undeniable technical allure, especially for open source advocates, but in the end it seems the Nokia leadership team did not think there was enough space for it to occupy between a mature Series 40 and a Windows Phone platform that is dropping through the price tiers much faster than expected.

In the context of Nokia's strategy the question you need to ask is what benefits would running on a Linux/Qt platform bring over running on Series 40? There's no doubt there would have been benefits, especially around a fresh UI, the elegance of the developer story and the ease of device creation, but what's less clear is how much these factors would have translated into positives in the end user experience. That's important because, ultimately, it is user experiences that provide the differentiation that sells a product.

The termination of the Meltemi project leaves no clear role for Qt within Nokia; it will no longer be part of "connecting the next billion" strategy. While it remains the primary developer environment for Symbian smartphones, that role is ultimately limited, given the switch to Windows Phone and the projected end of life of Symbian in 2016. It is possible that Nokia may look to utilise the Qt asset on Series 40, Windows Phone, or Windows 8, in some way. However, at this point, a more likely option is divestment to an interested third party. Either way, many of those working on Qt and QML are expected to make up a proportion of the 10,000 employees who will lose their jobs by the end of 2013.

Nokia's existing external developers will be furious that the promises around Qt have been broken, which may leave them questioning whether to invest in any Nokia platform. Stepping away from that issue, the question becomes whether Nokia was really in a position to build, from scratch, an ecosystem around its new low end platform? The switch to Windows Phone meant there would have been no big-sister, high-end platform, trickling down apps and content, as there might have been if the MeeGo strategy had remained in place. More tenuously, there's also a sense that, especially on lower end platforms, native apps may have a closing window of opportunity in the light of the rise of web technologies. The example of Samsung's Bada platform provides a salutatory lesson in trying to build an app ecosystem around a low end platform. This (app) ecosystem viability question is important because it was one of Meltemi's raison d'êtres.

With the death of Meltemi, Nokia's low end mobile devices will now continue to be based on Series 30 and Series 40. These platforms have been largely under-appreciated and under-rated; they are comfortably the most successful mobile platform ever, with Series 40 running on more than 1.5 billion mobile phones. At the height of Nokia's Symbian era, Series 40 was held back for fear of canalising Nokia's own smartphone platform, but in more recent years it has seen increased investment, and, consequently, has added features and functionality. That now looks set to continue, with the recently launched Nokia Asha 311 and its "smartphone-like" user experience, pointing the way and looking a lot like a lite version of the vision Meltemi was supposed to fulfill. 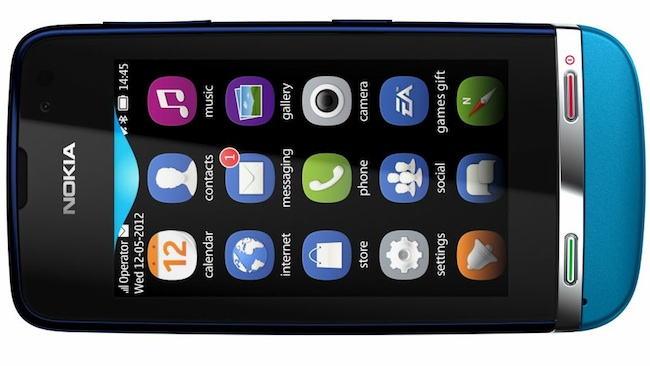 However, Nokia also acknowledge that Series 40 can not compete directly with Android. The unanswered question is how viable is Series 40 and what role does it have in the longer term? Yes, Series 40 has already proved its flexibility and ability to evolve; you only need to compare the Nokia 7110, an intermediate product like the Nokia 3500, and any of the more recent devices to realise the platform has already gone through several successful transitions. But will this be enough? The answer lies in both how quickly Nokia can close the gap between Series 40 and Windows Phone and how the lower end of the mobile phone market evolves in the next few years.