The effect of Apple vs Samsung on Windows Phone

Since Friday, the tech media has been flooded with news and commentary about the jury's verdict on the Apple versus Samsung case in the USA. Many of the headlines would have you believe this is the turning point for Windows Phone (e.g. this one on Forbes by our own Ewan Spence), because Android has been mortally wounded by a thermonuclear bomb sent from beyond the grave by Steve Jobs himself. Then again, Gizmodo have said "Who cares if Samsung copied Apple?". As is always the case though, reality is much more complicated and far less clear cut.

Perhaps unavoidably, the technology press massively jumped the gun when the jurors read out their verdict on Friday. Many articles were written as if it was game over for Samsung and that Apple was victorious. However, it was obvious that Samsung would appeal this verdict. Judge Lucy Kho could still rule against Samsung and envoke the law which awards triple damanges to Apple to make an example of Samsung for presenting what she sees as a bad case, or invoke rule "50(b)" which allows the jury's decision to be dismissed based on "judgement as a matter of law" (JMOL). There are grounds for the latter - in this excellent Groklaw summary, there is reference to a Reuters interview with a jury foreman which suggests  the jury did not follow the instructions on non-punative damages.

While Apple's objective is clearly to mortally wound Android - the current verdict is far from achieving that as the infringments in question mostly relate to Samsung designs, and there is a chance that the case will go into the long process of appeals before it is upheld, if at all. 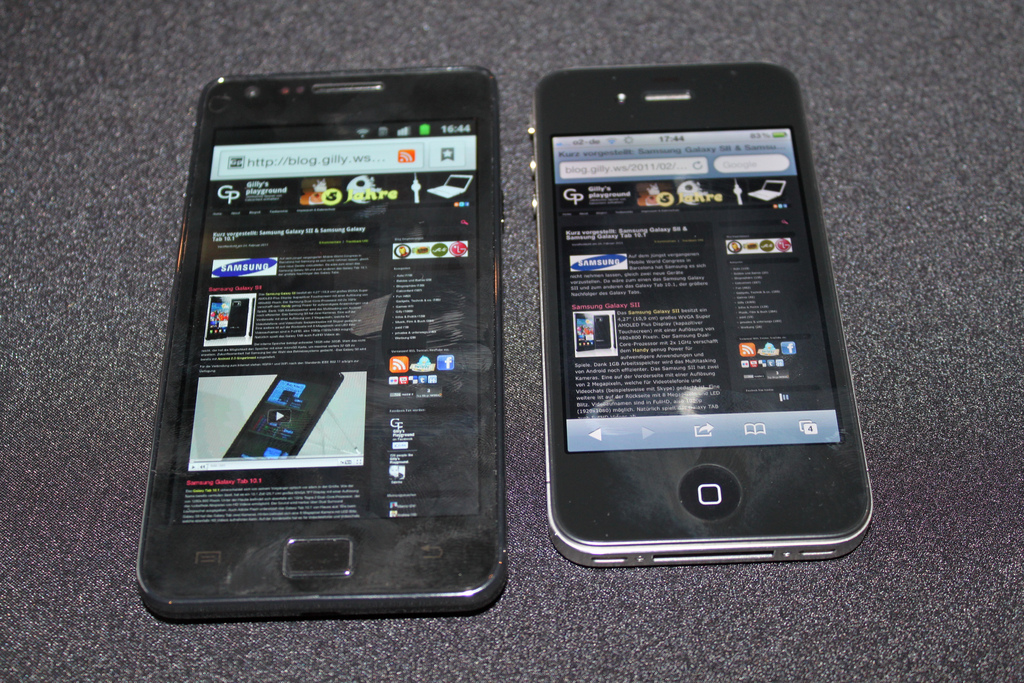 What's all the fighting about anyway?

The big picture view to take of the ruling is whether the patents actually relate to anything within the core of Android, and so let's state for the record the three software patents that Apple claimed were infringed:

As reported on The Verge, Google has finally responded to the case and stated that 'most' of the patents do not relate to the core Android operating system:

The court of appeals will review both infringement and the validity of the patent claims. Most of these don't relate to the core Android operating system, and several are being re-examined by the US Patent Office. The mobile industry is moving fast and all players — including newcomers — are building upon ideas that have been around for decades. We work with our partners to give consumers innovative and affordable products, and we don't want anything to limit that.

If Apple's court victory is found to be safe, it is far from the thermonuclear destruction that Steve Jobs wanted – only the design choices of one OEM [Samsung] will have been affected. I'm sure other OEMs will already be reviewing their Android customisations and pushing firmware updates to remove any offending material as soon as they can – which might not actually be that quick given the bottleneck that mobile networks cause for firmware updates.

As long as Apple only litigates against design choices and not the core operating system, OEMs will not be scared off from a cash-cow like Android. It simply doesn't make business sense to give up on a product that sells so well when litigation can be avoided by making aesthetic alterations.

Even though Windows Phone 7.5 uses all of the software behaviours listed in the above patents, there will be no litigation between Apple and Microsoft. Apple submitted evidence to the court that it has a cross licencing agreement with Microsoft – subject to an undefined "No Cloning" agreement. As reported in ReadWriteWeb:

But the patents came with a major catch: an anti-cloning stipulation. “There’s a clear acknowledgement that there is no cloning as part of this provision,” Teksler said, according to the Journal. “There was no right with respect to these design patents to build clones of any type,“ Teksler said, Reuters added. [ …] Unfortunately, the court (and therefore the world) was not told what patents Microsoft has access to, and how exactly Microsoft was barred from using the exact technology it licensed.

It would seem reasonable to assume that Microsoft has done its due diligence and created Windows Phone without infringing Apple, and thus has clearance to use the aforementioned features. Indeed, a Lumia device was used as an exhibit in court by an Apple lawyer, reported by The Verge:

"Not every smartphone needs to look like an iPhone." Showing the Lumia, and an Xperia Arc.

Therefore, we can be confident of two things:

One interesting potential corollary was put forward on ReadWriteWeb is that if Google itself does not infringe on iOS, then Google has a stronger argument to put to Android OEMs that they should restrain their customisations and make their devices more like Google Nexus devices - i.e. keep the user experience closer to the pure Google devices. This in turn could make operating in the Android space much closer to what OEMs find in the Windows Phone world, where Microsoft has strict limits on how OEMs can differentiate their devices from competitors.

Even if this is to become the case, Android still has a huge amount of momentum behind it, and so the only way OEMs would meaningfully go with Windows Phone in favour of Android is if they can find they can sell devices with much greater margins (e.g. like Apple) - which goes against Microsoft's and Nokia's drive to compete with Android in the low-end of the smartphone market, were devices are commodotised. 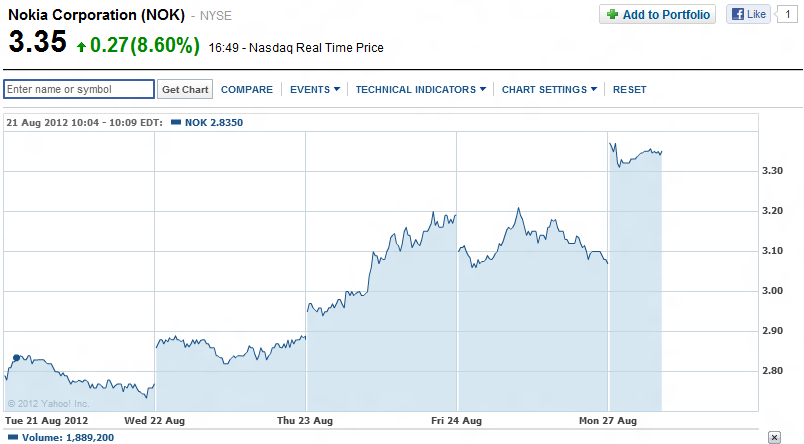 Therefore, ladies and gentlemen, it would appear that this massively hyped litigation will have little effect on the adoption of Windows Phone 8. Despite this, Nokia's share price has risen by 12% from July 23rd to 27th as investors perceive Windows Phone as a safer bet.

Filed: Home > Features > The effect of Apple vs Samsung on Windows Phone