Integral (sealed) memory vs microSD - which is better?

Throughout the history of PDAs and smartphones (so we're talking 20 years), one particular design battle has been raging, seemingly without a victor. From which you have to conclude that the battle is quite evenly matched. Yet I disagree, arguing that, from the user's point of view, there's a very definite winner, while manufacturers have a different preference and slant on this particular aspect of design. 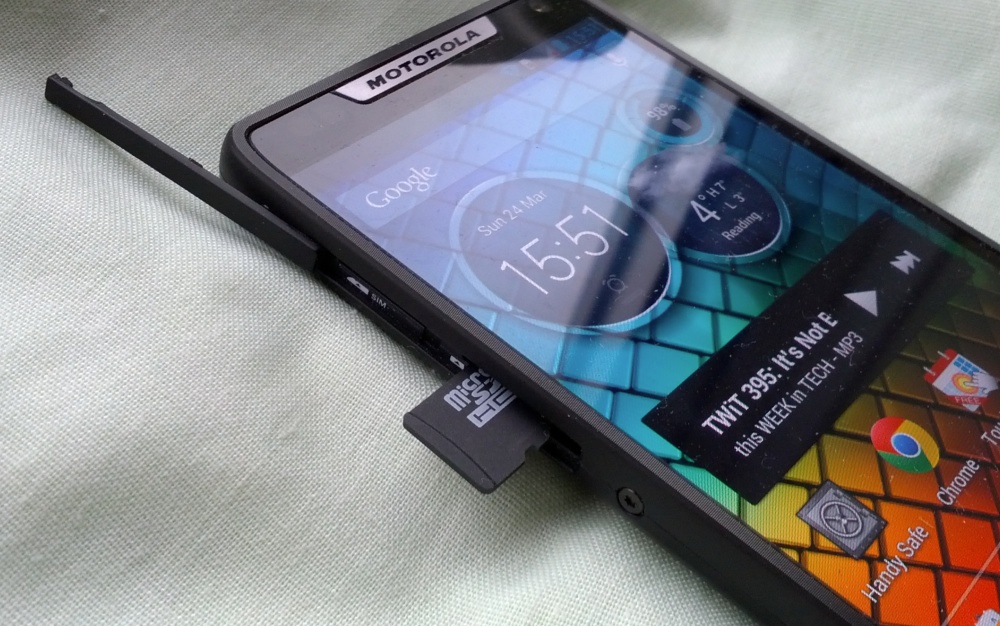 The industrially designed Motorola RAZR i and its microSD slot taking a bow...

The eternal design battle between integral ('sealed') memory and expandable (e.g. via 'microSD') memory has, if anything, reached a natural crescendo in 2012/2013, with a number of very high profile devices that opt for one design or the other. In no particular order, picking from devices from just the last three years:

Note that a device with 'expandable' memory always has some integral memory too, by definition - otherwise how would the device keep working when there was no microSD card in place? The amount of integral memory in a microSD-capable device tended to be quite low in the early days of smartphones, but tends to be in the range of many GB in devices from the last 5 years.

Thinking back further than the last few years, we've had a very eclectic mix of 'integral vs expandable' designs, perhaps exemplified, in the same marque, by the classic Nokia N95 (expandable) and its own successor, the N95 8GB (integral), leading me to pen at least one critical article, which pointed out that integral memory was not a step forwards. 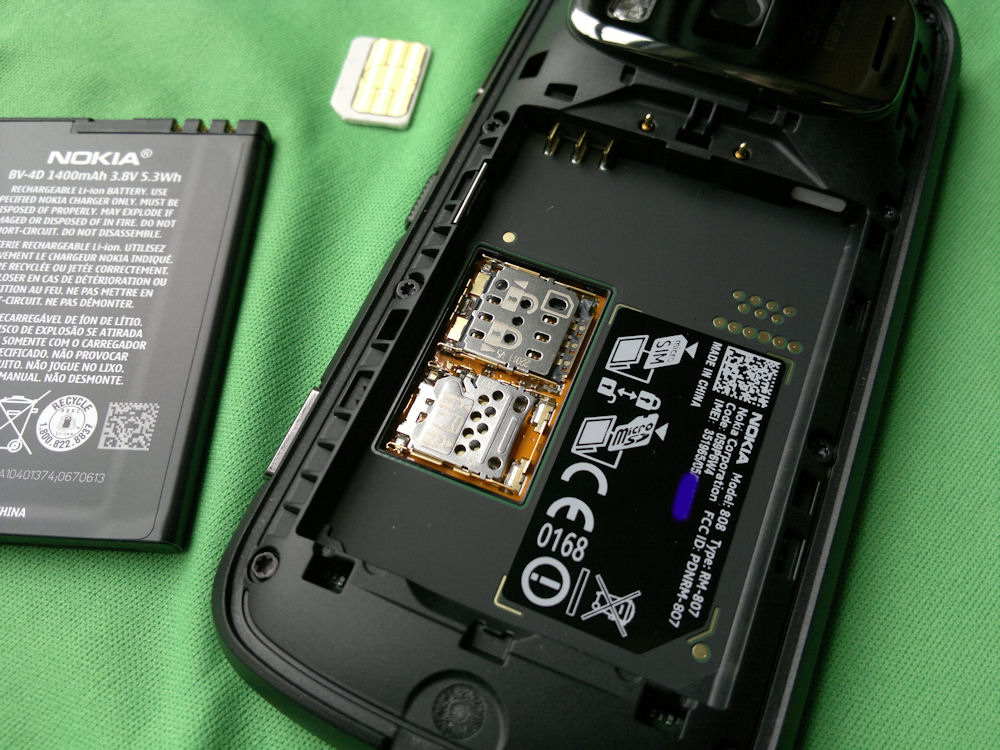 The microSD bay (bottom) in the Nokia 808 - note that hot-swapping microSDs isn't mentioned in this article because these days it's generally a bad idea - you can't really trust users to know how to close apps which might be holding files open on the card. The 808's approach here (and used by quite a few other devices), forces the phone to be powered off before the card can be swapped and thus side-steps the whole issue...

I accept that there have been successful smartphones with both designs, but there's something that has been bothering me about the arguments put forward to defend integral memory. I was listening to the (usually very good) Android Central podcast today and the presenter made the outrageous statement that he preferred integral memory because 'filling up a 64GB microSD on his Galaxy S III used to take too long'. Err.... what? The whole point of having expandable memory is that you fill a card precisely once (e.g. with your favourite media) and then simply pop it into any future devices. In contrast to the workflow needed when dealing with integral memory that has to be be filled again every single time you set up a device...

In fact, let's break down the full list of pros and cons for the two memory designs:

Looking at these, all the reasons (for and against) seem persuasive and you can see why opinion has been split for so many years.

However, one of the biggest reasons, that designing around integral memory is simpler and cheaper for the manufacturer, is slightly misleading in that this reason isn't really visible to the end user (other than a few dollars or pounds on the purchase price, arguably). In other words, take away the manufacturer-side 'pro' for integral memory and the table becomes very definitely balanced in favour of 'integral memory plus microSD expansion'.

After all, ask any Nokia E7 or iPhone or Lumia 800 or LG Nexus 4 owner if they'd like a microSD slot as well as the built-in storage memory, to add in another 32GB (for example) for less than £20. I suspect that most owners of such phones would bite your hand off, provided the card slot was tastefully added, so as not to interfere with the smooth device lines. (The same argument would probably also apply if you offered the owners of any of these devices a replaceable battery, with the same fashion caveats, etc.) 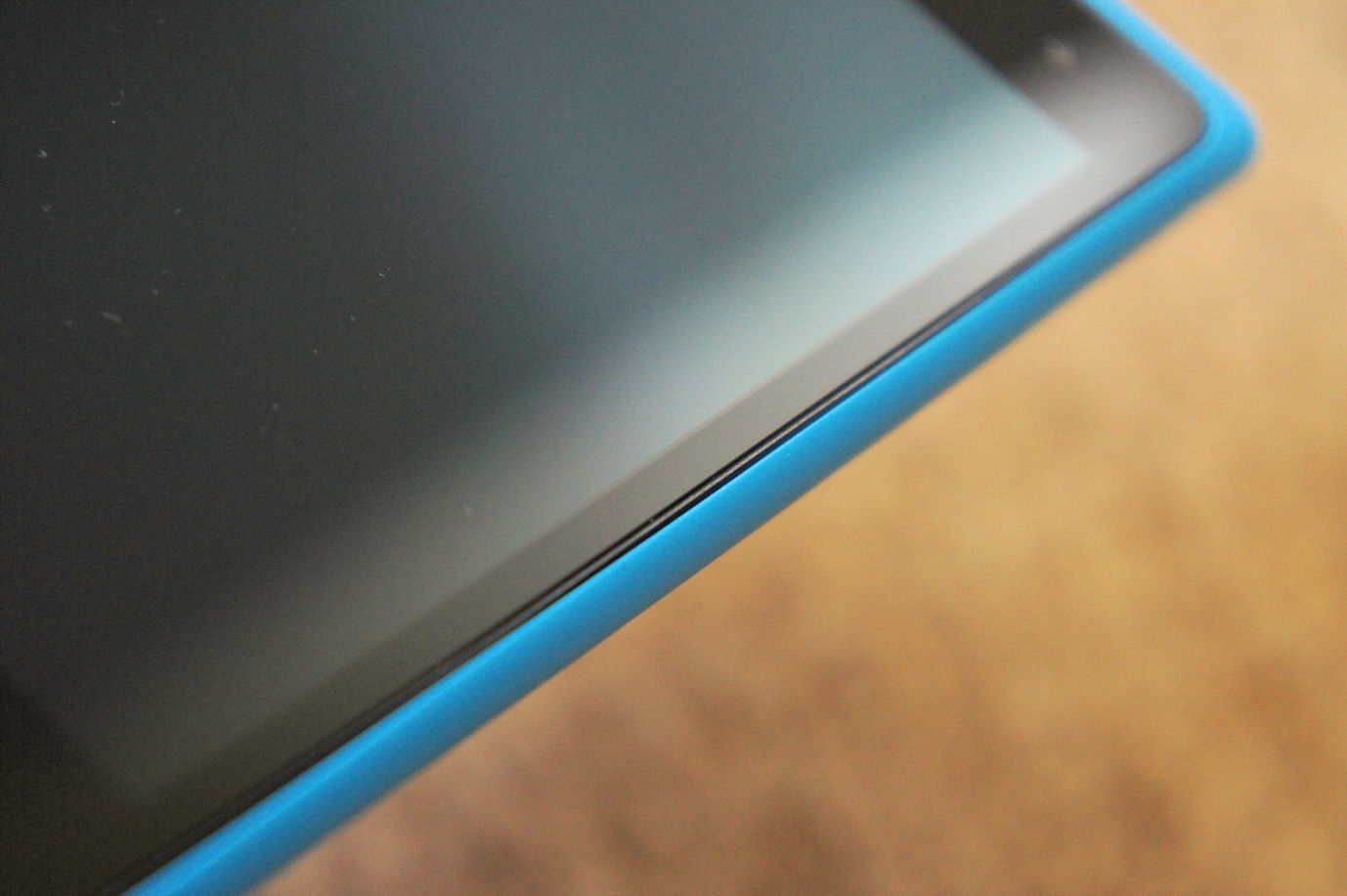 Smooth lines on the 'fabula' design beloved of Nokia in recent times, here on the Nokia Lumia 800 and N9 - which could really, really have done with a microSD slot, in my view....

In other words, many people professing that they 'like' having integral memory are probably just going along with their device manufacturer's party line. After all, most of the devices with microSD also have a large chunk of integral memory (usually 16GB in top end phones) - you don't have to put in a card unless you want to, so it's possible to have the choice and flexibility. 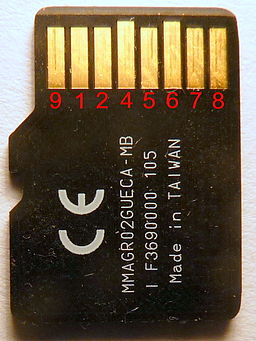 The software arguments, that it's 'confusing' to have an extra 'disk' in the phone, don't really hold water, since any decent applications will make it very clear where media are being captured/stored. I'll throw a bone to the integral memory crowd here in admitting that explicitly installing/moving applications onto microSD is possibly a bad idea, but then with large enough system (or mass memory) disks these days, that shouldn't really be necessary.

I contend, therefore, that the iPhone/sealed/integral approach to storage, while being eminently simpler and more elegant, is ultimately limiting in several ways and that the advantages of having microSD expansion greatly outweigh the disadvantages. Being able to pop in (or out) a large capacity memory card makes for a very flexible smartphone set-up, especially for tech enthusiasts who often find themselves moving 'stuff' from one bit of glass/metal/plastic to another!

Would I, personally, declare the lack of microSD expansion a deal breaker when choosing a smartphone?

Perhaps not, I've lived for short periods in the past with the Nokia N95 8GB, the Nokia E7, the Google Nexus S and Galaxy Nexus, even the new Lumia 920 and various iPhones. But there was always something missing, in my eyes. And that something is a tiny piece of silicon and plastic with eight contacts....

Comments welcome. Where do you stand on this debate and, if you do use microSD, what size card are you using, and in what device?