Is there a moral high ground that the Windows Phone Store needs to climb?

Part of the routine we have here at All About Windows Phone includes regular 'sweeps' through the Windows Store listing (we have some interesting tools within our App Directory listings). Over the last year, it has been taking longer and longer to go through the updates of the day, which is a good sign for the health of the third-party software scene on Windows Phone.

But there is another trend that I've seen. Applications that appear to be some of the biggest names in the mobile world, games that have been downloaded countless times on other platforms, experiences that many believe are key to a mobile phone experience, and they turn out to be nothing of the sort. And their complexity is on the increase.

Let's take the case of Subway Surfer. this is an insanely popular 3D infinite running game, available on Android and iOS. It has some very well polished graphics, is fast-moving, and is loved by many. I would be very happy to see the tile make the jump to Windows Phone as another (small) validation point for Microsoft's mobile OS. And here it is in the Windows Phone Store. 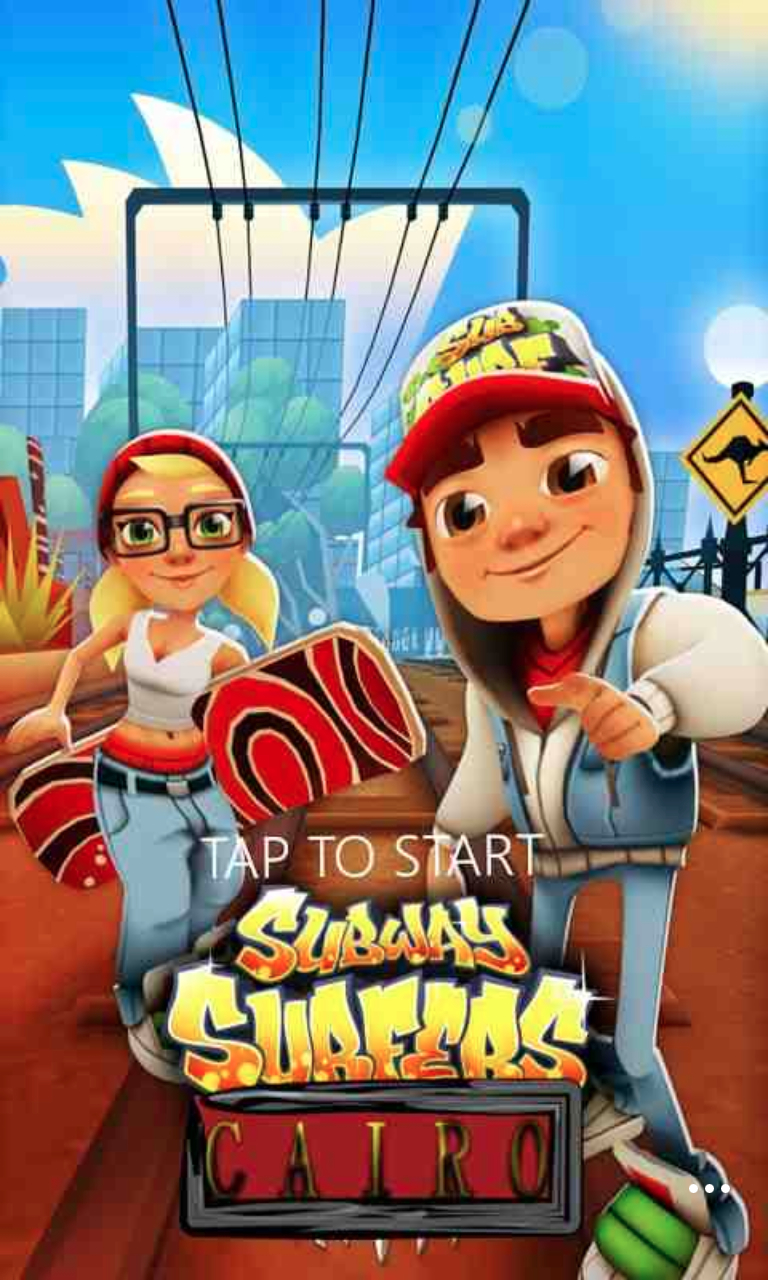 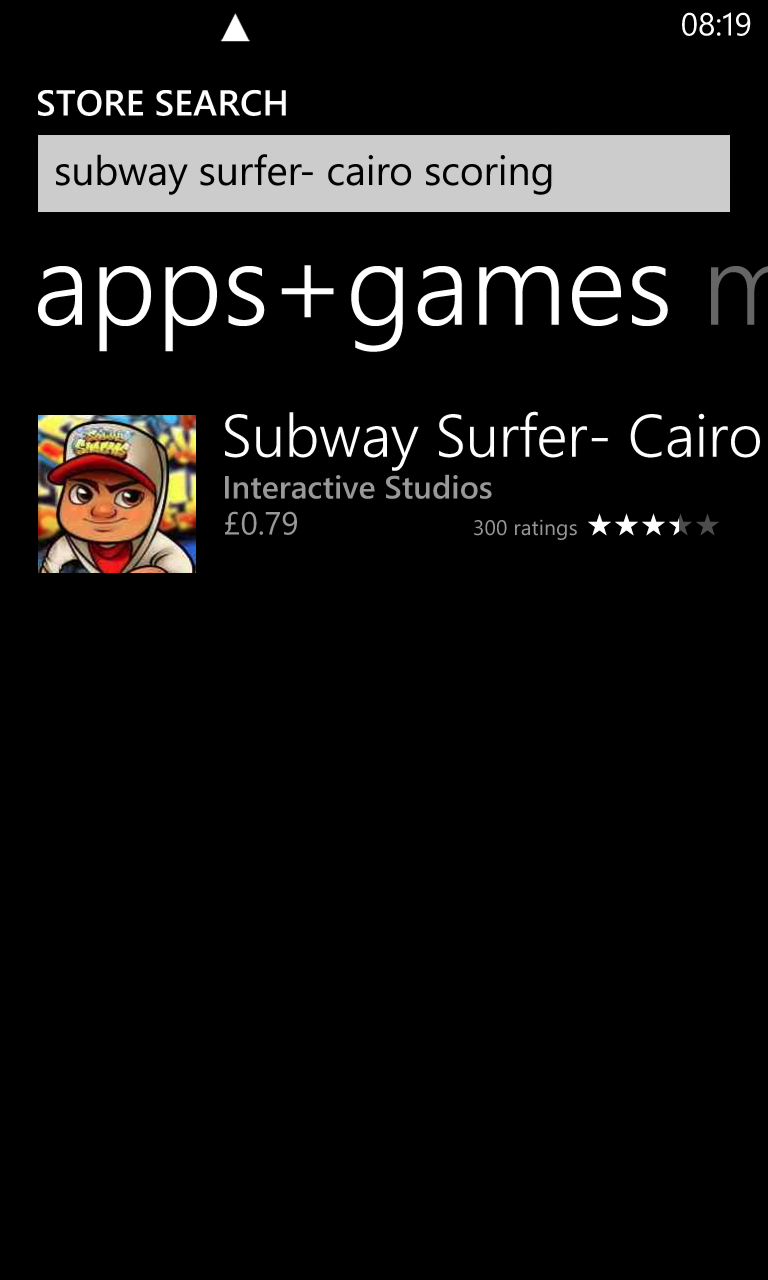 Except it's not Subway Surfers. It's Subway Surfer Cairo Scoring, an application that allows you to create a screenshot and post a fake high score to your social network. That is a legitimate (if rather, ahem, pointless) application. Arguably there are IP issues around the use of the name, and the supplied screenshots are exactly the sort of screenshots you would expect to see if Subway Surfers did make the jump to Windows Phone, but it's not the application that many people are expecting when they purchase the app, as you can see from the reviews.

Subway Surfers isn't the only type of application that pushes the boundaries. Take more than a passing look in the store and you'll find applications that are little more than text paragraphs on solving levels of a game not available on Windows Phone, collections of embedded YouTube videos of SpongeBob SquarePants (that shouldn't be on YouTube in the first place), and single site RSS feeds developed by third parties leaching off the free content available online for non-commercial use.

In a rather twisted way, the availability of morally dubious applications such as Subway Surfer Cairo Scoring is a positive sign for the health of the Windows Phone ecosystem. These apps are still being developed, the developer needs to be registered, and work within the Windows Phone Store guidelines (and be able to go right up to the edge of them). That all has a cost attached to it. That there is enough return in terms of volume of downloads and monetary income from the development process shows a maturing platform. Yes. that's making lemonade from lemons, but I'd rather the platform has this issue and deals with it, rather than not being significant enough and being ignored.

So, in the words of every politician out there, "does something need to be done?" I think so, because much as the problem is a validation of the Store, it does directly challenge its legitimacy and integrity.

First of all, what should users personally do? Well... maintain constant vigilance! When the big name titles make the jump to iOS, there's every chance that the major Windows Phone websites (including ourselves here at All About Windows Phone) are going to write it up. If there's no sign of the news online, then perhaps the app you are looking at isn't as big news as it should be. Price and trial versions can also be an indicator - the vast majority of Windows Phone apps have a free trial version you can download from the store. While there are some exceptions, the lack of a trial version should prompt you to look a little closer at the validity of an app.

There are two other areas that you may want to check as well. The first is to click on the Developer Name in the app listing to see what other titles they have coded. If 'Need for Speed Most Wanted' appears in the Store and it's not developed by EA or published by a big name, something might be not be on the level. And the reviews for the application will be a huge indicator as well. Anyone can write anything in a review, but if there's a consensus about the nature of the application, then buyer beware. 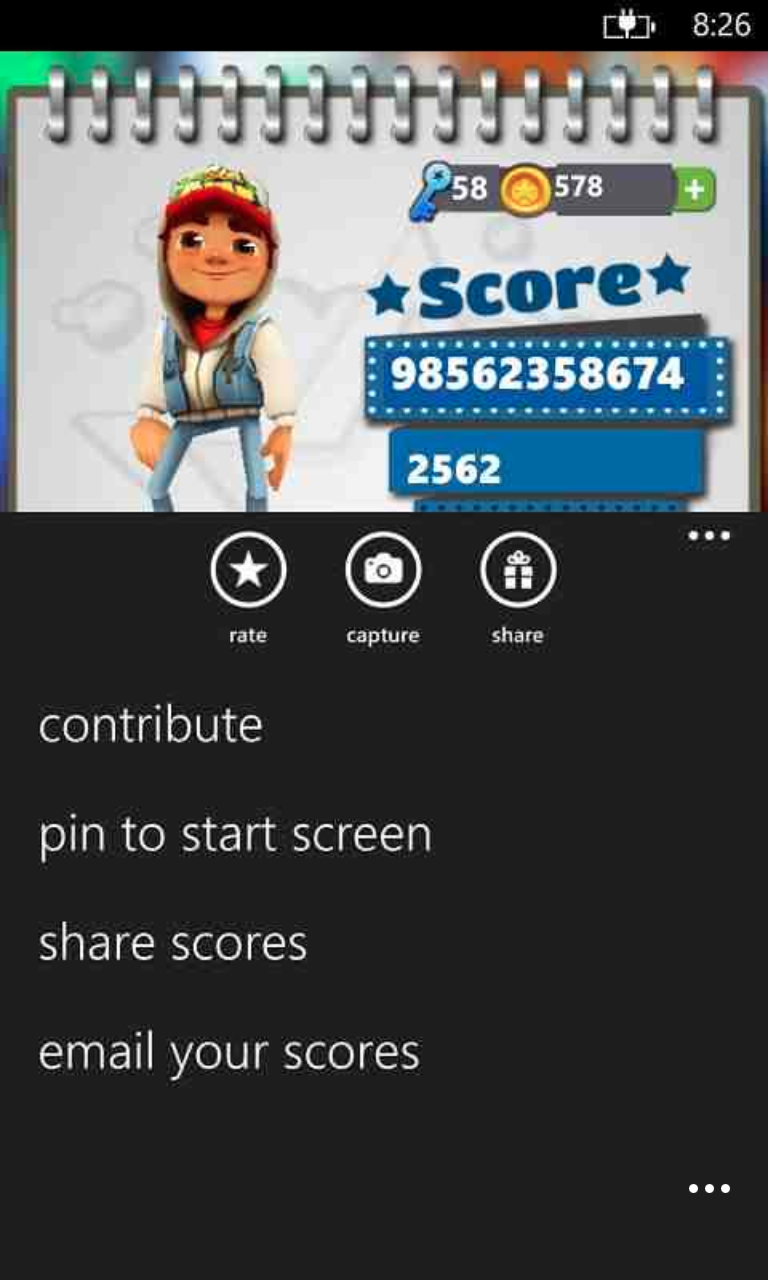 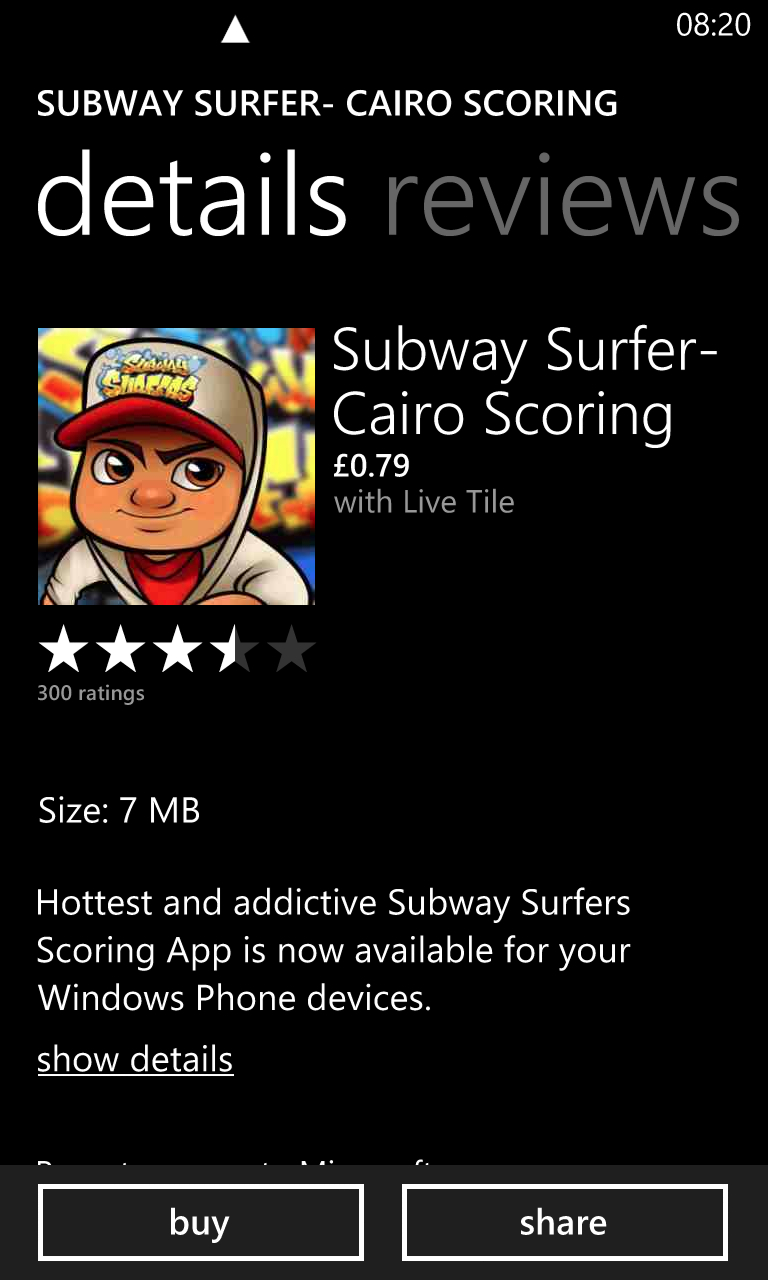 All of the above are indicators, and you should be able to build up a picture about the application before you commit to buying the app.

While being sensible while shopping is worthy, the overall health of the Windows Phone Store belongs firmly in the remit of Microsoft.

Making it easier for users to report 'questionable' applications is key. There are far more user eyeballs searching the Store every day than Microsoft could hire, so any alert buttons should make use of this, at least as an early warning system that certain apps are raising user concerns. The reviews are a rich source of data as well, and with Bing's search technology and analysis, signals generated by user reviews could be highlighted and actioned.

I'm sure that clear-cut cases are dealt with by the Windows Phone team, but many applications are 'legitimate' in the sense of providing a service although they would be regarded by the vast majority of users as being little more than filler. Do we really need countless 'level guides to games on other mobile platforms', just so the icon for Candy Crush Saga will generate a sale?

I would love to see Microsoft deal with this issue in a way that not only respects developer creativity, but also gives clear guidance to users when they are browsing for applications. As long as the number of apps are used by the media as a yardstick, will there be an urgency to clear out the Store of apps with obvious issues? Is this the price that has to be paid for the reputation of the app ecosystem on Windows Phone? Would you rather see a Store where every app is allowed, or one which has a higher bar of entry that rejects 'low quality' apps (and where would you set the quality?).

Let us know in the comments.

Filed: Home > Features > Is there a moral high ground that the Windows Phone Store needs to climb?