How to: say 'no' to RAW and keep reframing quality

Nokia has made a lot of the RAW (DNG) support in Nokia Camera on the Lumia 1520 and 1020 - and for some people this may indeed be exciting news. But there's a potential sting in the tail if you're not careful, at least in terms of working with the shareable images on the phones themselves, and I'd repeat my caution to only turn on the 'DNG (34MP)' mode if you a) know what you're doing and b) you don't plan to do much with your images on the device.

As ever when thinking about software issues, you can see what the programmers were thinking.

In this case in Nokia Camera - here's the workflow for the typical Lumia 1020 user*:

That sounds like a lot of steps, but it's actually fairly intuitive and doesn't take that long to do. It all depends what you want to do - and the flexibility of reframing a shot completely is wonderful. 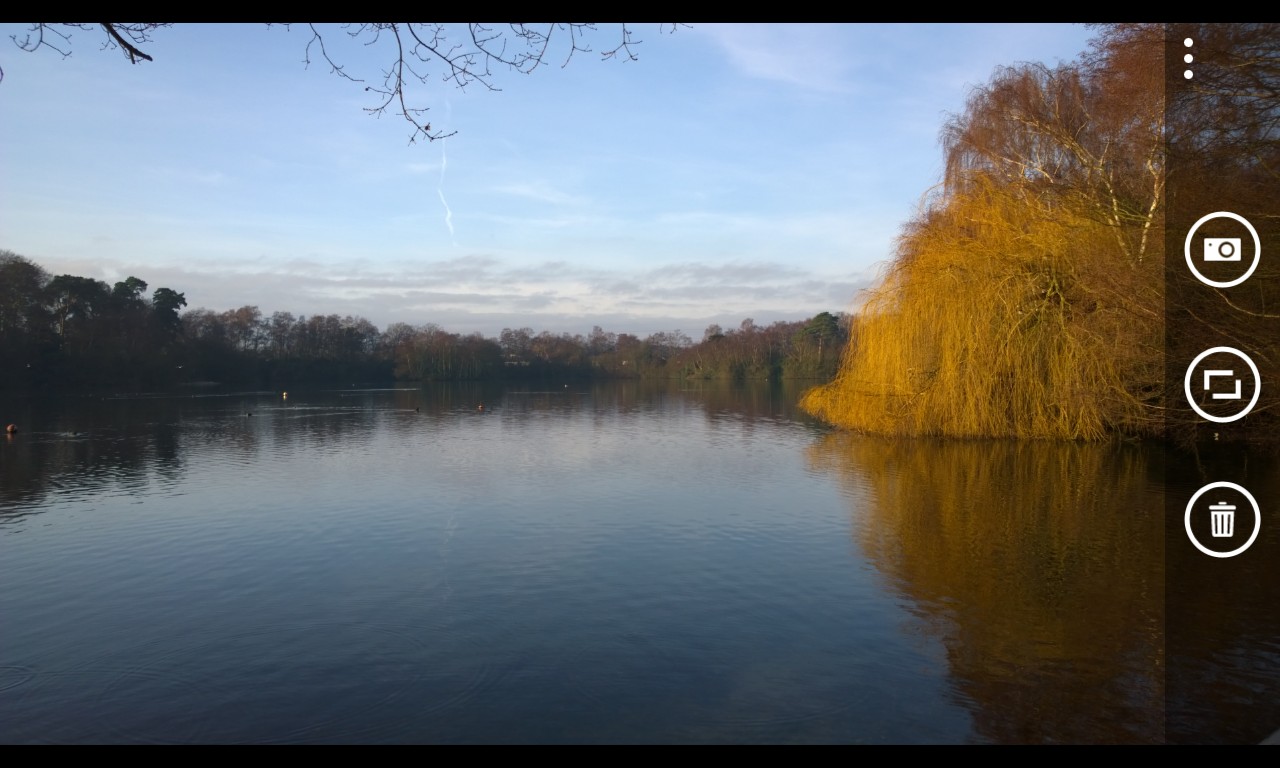 Most importantly of all, as the text suggests, because the new 5MP 'framing' is created from the underlying mass of data in the 34/38MP JPG 'full resolution' file, it's far more than a simple crop - the end result has almost as much quality as if the zooming and framing had been done at capture time.

So far so good. However, with the option to capture in 'DNG' (RAW) format, something that (presumably) lots of people has asked for, it's not surprising that, with this turned on, the Lumia 1020 can't also save to a 34/38MP JPG file.

Technically, it could be done, of course, but the 'saving' period would be twice as long (so up to ten seconds per photo) and the disk space needed per shot would be up to 65MB, so not ideal from a user's standpoint, plus there would be complications at the UI level in terms of accessing these full resolution photos later on.

However, given that the 34/38MP DNG (RAW) files are the best part of 50MB each, it's also not surprising that the Lumia 1020 doesn't have the horsepower to read these in and resample them down - again, not without presenting too long a delay to the user. As a result, you can't 'reframe' your photos if you opted to shoot in '5MP plus DNG(34MP)' mode in Nokia Camera's Settings.

Or can you? Tap on the circular 'last picture' icon in the UI and you're shown the image. Along with exactly the same set of controls as above, including one for 'reframe'. Tap on this and you can apparently zoom in and rotate the image as before. Frame it as you'd like, marvel at how you can apparently now reframe from DNG (RAW) as well, and 'save' your photo.

On-screen, everything looks fine. Well, fine-ish. Your 'reframed' photo doesn't seem to have quite the same detail as it should.

And there's a reason for that. When 'reframing' from a photo taken in  '5MP plus DNG(34MP)' mode, all you're effectively doing is reframing and cropping down from the original 5MP rendering from the sensor at capture time.

To illustrate this, I shot (unzoomed) a rooftop about 50 metres away with my Lumia 1020, first in '5MP plus DNG(34MP)' mode and then in '5MP plus 34MP JPEG' mode. In each case, I used the 'reframe' tool to look at exactly the same section of roof and saved the results. Below is a 2x magnified (so your eyes can easily tell the difference) crop of the two photos: 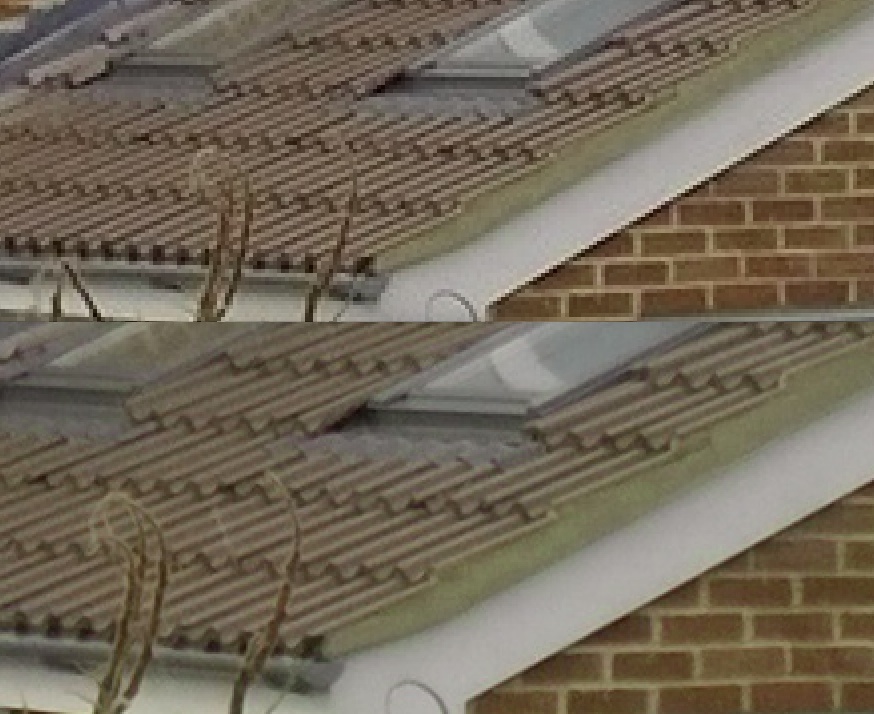 The bottom crop is dramatically more detailed and natural, unsurprisingly, since it's effectively from an image that's at around 3 times the resolution (depending how you count!) In other words, it's the difference between working with finer detail in a 5MP original and detail from a 34MP original.

Returning to my original comment about what goes in a programmer's head. If the user had switched to capturing in '5MP plus DNG(34MP)' mode, should the facility to view the last picture be removed? Obviously not, that's easy enough to display (i.e. the 5MP image). But, once displayed, should the facility to 'reframe' be hidden, i.e. the toolbar icon removed?

Nokia chose to go with the latter, obviously. And, after all, for casual reframing, a little tweaking of the 5MP image won't degrade the output resolution too much, so maybe it's for the best.

However, if you're in the habit of reframing ('zooming later') and expecting maximum quality on the device itself, i.e. edited and shared from the 1020, then it's worth noting the differences above and sticking to the default dual-res JPG system, with the oversampling always available.

PS. As a footnote, it's also worth noting, for anyone who has chosen to capture in  '5MP plus DNG(34MP)' mode, that all is (of course) not lost - they have the DNG file to process on their desktop PC, with absolute maximum quality and it's not too much work to process, crop, reframe, and render there, perhaps sharing or printing from the PC.

Filed: Home > Features > How to: say 'no' to RAW and keep reframing quality