Having had a look at absolute camera quality here, it's time to look at the flagship Nokia and Sony smartphones, the Lumia 1020 (from July 2013) and Xperia Z2 (from April 2014), across all features and capabilities, in blow by blow style. Is there an obvious winner?

You may remember that I did a detailed camera comparison between the Lumia 1020 and the larger Xperia Z2 here? My verdict was that the Z2 camera aped the Nokia's oversampling and lossless zoom to a degree, but never achieved the same degree of quality and detail, falling badly behind in low light.

But what about overall, looking at the two devices as general purpose flagship smartphones? It's a valid comparison, though of course the 1020 is showing its age in terms of chipset and raw speed - surely a 1030 can't be that far away now? 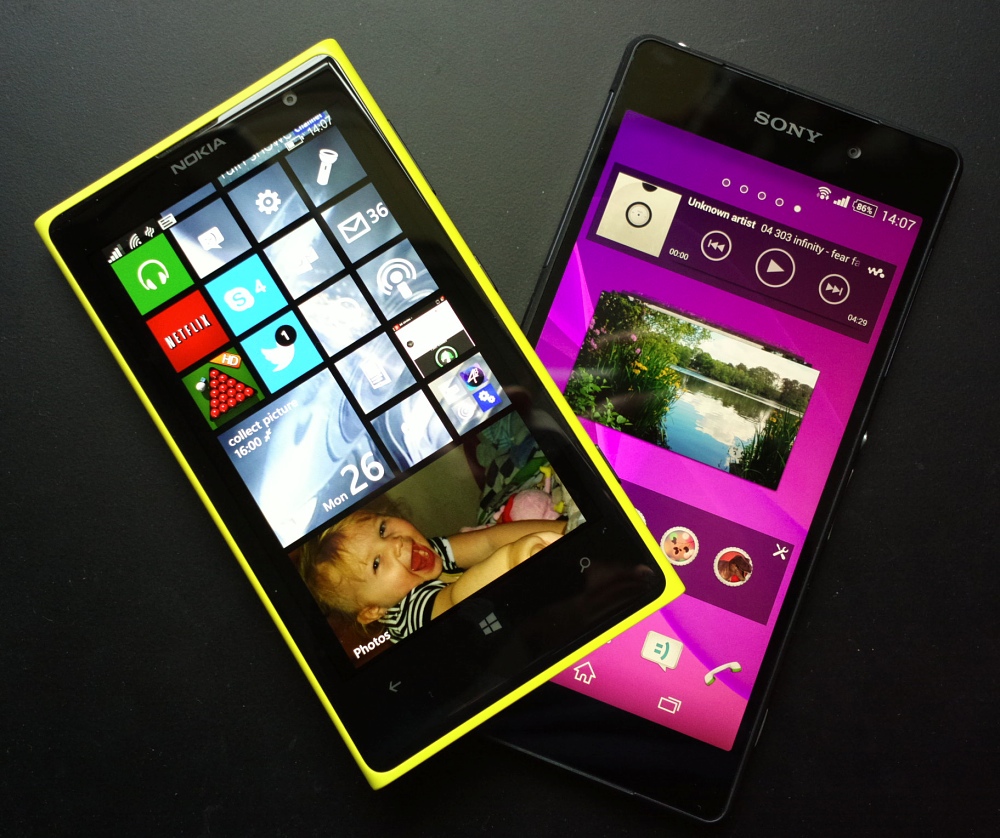 In the hand, the two devices feel very different, despite overall main body width and depth, thanks to the much more rounded Lumia form versus the chamfered monoblock approach of the Z2. Both are rather droppable and a case is recommended!

As usual, I pick out winning categories in green, for interest sake - though don't take these too seriously. And note that many categories simply don't have a winner, either because the differences are subjective or because the two are roughly equal overall. 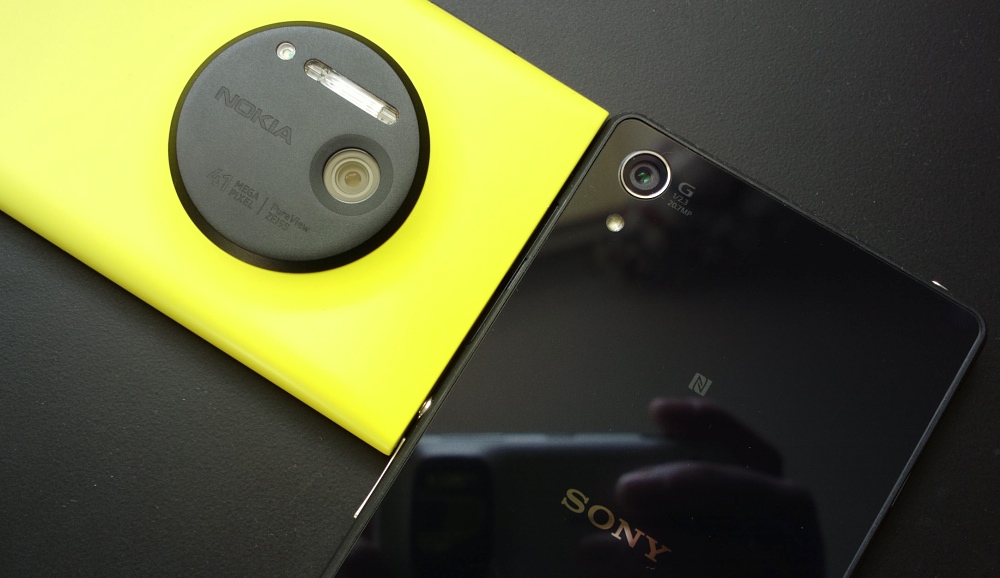 It's quite telling that, adding up the green 'wins', the two devices were level apart from the extra prod I gave to the 1020 because of the current price difference, the 1020 being a much older smartphone. And a great many categories above are simply too close to call. The 1020 pulls ahead on still imaging, arguably, while the Z2 pulls back with raw horsepower and the might of the Android Play Store.

A very close-run thing, then. As noted in the table above, the 1020 is gradually being overhauled - what Microsoft's (ex-Nokia) engineers need to get out the door is a 1030 with much faster Snapdragon 800 processor and 3GB of RAM. Faster benchmarking, faster application resuming, faster web browsing - and faster shot to shot times for dual capture photos (down below a second, ideally). Make it happen, Mr Belfiore, please?

PS. Thanks to Vodafone 4G in the UK for the review Z2 hardware