When a brand name outlives its founding technology: PureView and CBD

One of the most frustrating things about marketing and branding, from my engineer's standpoint, is that technologies get brand names assigned to them (which is fine) and then the brand name gets used elsewhere, for something totally different. Which is where the aforementioned frustration comes in, of course. Let's call a spade a spade, etc. And a fork a fork.

All of this was brought to a head by my testing of the new Nokia Lumia 630 (here's the full review), which claims in its specifications "ClearBlack Display" (CBD), whereas my own testing showed real world performance to be unlike anything I'd seen in CBD before.

But more of that in a moment. Let's take a step back, to 2012 and the announcement of the Nokia 808 PureView. The fact that the extra brand name was made part of the phone name showed how important it was. And rightly so.

The original Nokia 808 PureView white paper has been removed from its original URL now, but I tracked down a copy from the Internet Archive here. From the opening statement:

The Nokia PureView Pro imaging technology is the combination of a large, super high resolution 41Mpix with high performance Carl Zeiss optics. The large sensor enables pixel oversampling, which will be explained in detail in this paper but in a nutshell it means the combination of many pixels into one perfect pixel. PureView imaging technology is the result of many years of research and development and the tangible fruits of this work are amazing image quality, lossless zoom, and superior low light performance.

Nice and clear, unambiguous. And a great name.

Eight months later, the Nokia Lumia 920 was launched, also with the 'PureView' branding (though not actually in the name this time). In a revised white paper (also not on the original URL but available here), Nokia expanded the term 'PureView':

The 808 PureView uses one solution to improve low light image quality through the innovative and highly acclaimed pixel oversampling technology but we needed to explore additional directions for improving the image quality in dim light. This second development phase of PureView is therefore focused on exactly that - a significant improvement in low light whilst also making it available to a wide range of people.

The Lumia 920 had a bog standard 1/3.2" BSI sensor and no oversampling, but did have Optical Image Stabilisation (OIS), which is what Nokia is referring to above. But why use the name 'PureView'?

Now, I appreciate that OIS is a good thing to have, but it's completely and utterly different to PureView, as understood in the original white paper for the 808.

The argument at the time from Nokia's marketing folk was that PureView just meant superior imaging - and we gave Nokia a pass for this, since it was obvious that the next step was to create (what became) the Lumia 1020, combining both the oversampling tech and the OIS into one true next gen camera phone and obviously deserving of the 'PureView' brand name.

So, a temporarily confusing situation sorted itself out by the 1020, then Icon, 930 and 1520 all having both the oversampling and OIS, so you can see where Nokia was going with the brand.

Bringing us to the latest branding change. Back in 2010, at Nokia World, Nokia announced the Nokia E7 Communicator, with Ansii Vanjoki (on stage) making a big thing of the introduction of a ground breaking screen technology: "CLEAR BLACK DISPLAY" he almost shouted. And Rafe scurried off to find out details of what this meant.

Nokia even posted, a few months later (and it's still online) a very helpful diagram showing how CBD worked: 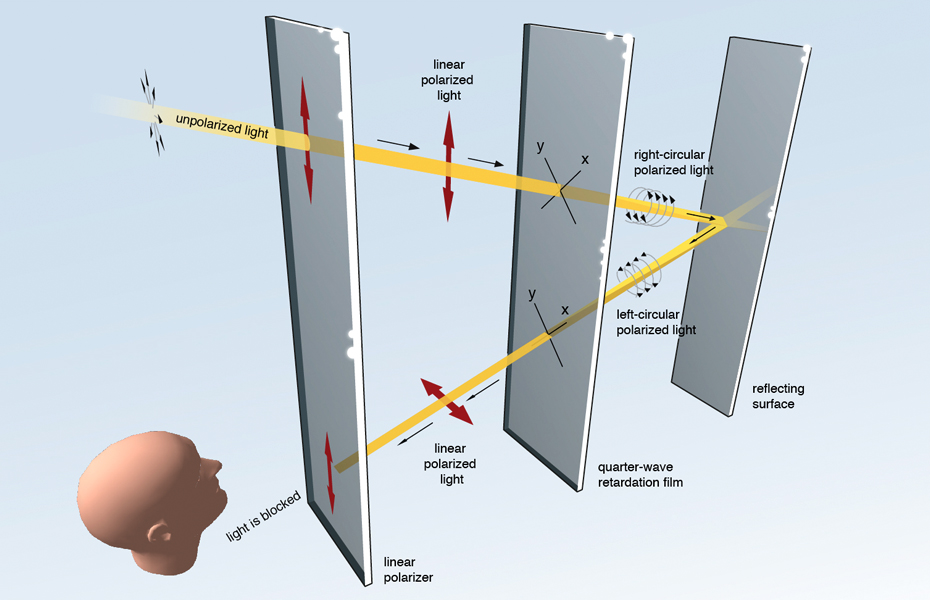 Along with some explanatory text:

You have probably tried polarising sunglasses before now and so have a rough idea of how that works. If you look at a window or the surface of some water using polarising glasses, then they become more transparent – which is why they’re especially good for fishermen. The polariser cuts out reflected light.

Polariser layers used in display solutions are bit more sophisticated than in sunglasses. Light rays actually get “processed” many times on its way in and out of your phones´s screen. There’s both a linear polariser and retardation layers between the surface of your phone and the display. When light hits your screen, this is what happens:

So why doesn’t the light from your phone’s display get blocked? Because it only goes through the second half of this journey so the light is unpolarised when it hits the final filter and goes through.

So, CBD depends on this combination of linear polarizer and a double journey through a quarter wave retardation film. And it works supremely well, used on (not a definitive list) the Nokia C6-01, E7, 808 PureView, N9, Lumia 800, Lumia 920, Lumia 925, Lumia 1020 and Lumia 1520. Use any of these phones outdoors and you'll be amazed at the contrast and visibility, even when the sun's out, because of the clever CBD tech used.

Now we come to the new Lumia 630. I took it outdoors and saw the reflections on the screen and immediately concluded that it didn't have CBD. Yet the spec sheet disagrees. What's going on? I asked Nokia for official clarification and here's the reply:

"The aim of ClearBlack has always been to create superior sunlight readability and eliminate unwanted reflections with a bright display. The first ClearBlack displays were based on circular polarizer technology, but over the years the display & touch technology and integration of the ClearBlack solution have differed.

This was achieved in the Lumia 630 by high luminance IPS LCD display and window lamination to eliminate unwanted reflections, which meant we were able to achieve a thinner product than via air gap & circular polarizer. It must be noted the need to manually select the high brightness mode for sunlight conditions.

Based on our analysis, Lumia 630 performance is much better than Lumia 520 in sunlight conditions."

"Over the years"? Every other CBD-equipped device, from 2010 to the present day, has used the full polariser set, as far as I'm aware. The Lumia 630 is the odd one out, by simply using a 'sunglasses'-like 'lamination'. Presumably because it's much cheaper to make that a full polariser display - understandable in an ultra-budget device.

I appreciate that outdoor visibility on the 630 might well be slightly better than the 520 (though I tried both side by side, at length, and found only a marginal difference overall), but that does not make it remotely comparable to the performance of real CBD, as defined above and as shown below:

Now, Nokia owns the 'brand' here. If it (or, in this case, now Microsoft, I guess) wants to use 'ClearBlack Display' to refer to a simple lamination then that's absolutely its perogative. Heck, Nokia could use CBD branding on a toaster if it liked - it can do what it likes with its own marketing brand.

But it's the changing definition that leaves technologically-minded users confused. Even more so because the new 'definition', an ambiguous 'aim', has been applied in a device with definitively worse outdoors performance. The PureView change was at least a totally different direction that was intended to be folded into the original tech in the future. This 'ClearBlack Display' definition change just muddies the waters, in my opinion.

The Lumia 620 isn't terrible outdoors - but put it next to a Nokia E7 or 808 or Lumia 920 on the deckchair next to you and the difference is as obvious as night and day.

Comments? Does the changing definition of a brand bother you? Or am I getting worked up over nothing?