The importance of the Lumia 1020's Xenon flash - in daylight!

It's a fair cop - I've written quite a bit over the years on why Xenon flash is a must in a camera phone, for evening and night time people shots, freezing motion and stopping typical low light blur. But there's more to a great Xenon flash in a phone camera. What about in daylight? Yes, really - 'fill in flash' is a technique used by professional photographers, yet something that's largely out of reach of people using phone cameras. Unless you have a Nokia Lumia 1020 and that all-important Xenon....

Furthermore, what's described here happens automatically, so you definitely don't need to be a photographic whizz-kid to gain the benefit.

The use case is all too common, you're shooting a relatively close-by subject (usually a person) and the background is very bright - either they're standing by a window in a well lit room or the sunny half of the sky is behind them, outdoors. Now, most phone cameras will have a crack at these situations and produce something where the subject's face is too dark and indistinct, since the auto-exposure algorithms in the camera software will be trying to allow for the bright background. Yes, it's true that you can sideload these images to a desktop OS and play with selectively lightening dark areas, trying to recover detail and improve the photo, but it's a massive headache and requires a lot of skill.

What's a million times easier, if you own a Nokia Lumia 1020, is to leave your flash setting on 'Auto' and to do nothing.

You see, there's intelligence inside the camera hardware in the 1020. It knows that there's a proper Xenon flash onboard and that this can still have an impact even in daylight (LED flash won't). So, when the field of view includes very bright areas and the subject that has been focussed on is darker, (in 'Auto' mode) 'fill in flash' is automatically, seamlessly used, firing the flash during the short daylight exposure, to deliberately light the subject's face from the front.

I've used a couple of good examples from my privately taken photos, to give you an idea. Suitably edited to protect personal privacy, of course, in the case of the kids below - you can still see the effect of the fill-in Xenon flash at work... 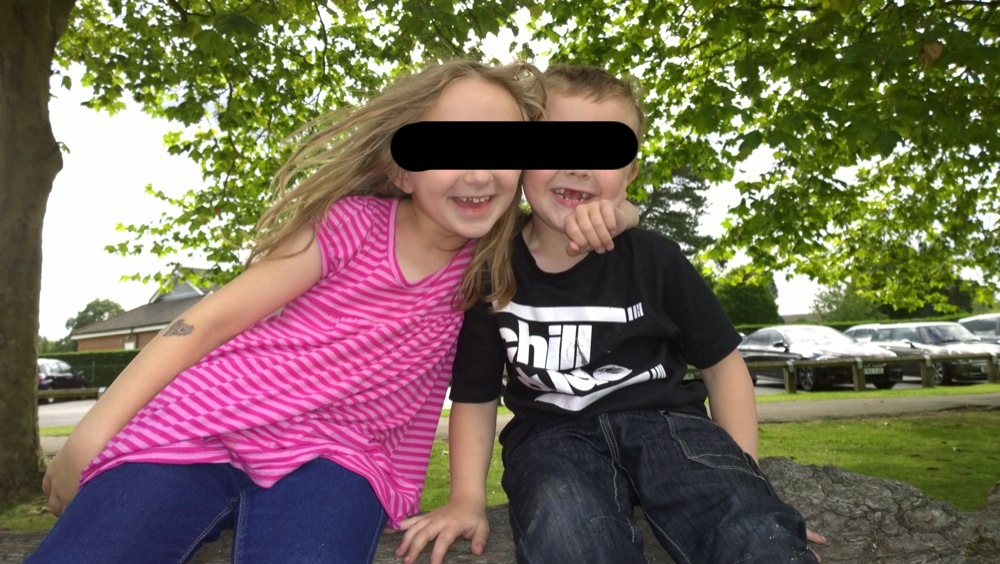 The perfect example, two small relatives against a hazy sunny backdrop - their faces were in shadow to my eyes and I was utterly relying on the 1020's flash giving the necessary lift to their faces and fronts.... I wasn't disappointed.

Now, there are limits to what can be achieved here - the Xenon flash on the 1020 is good for fill-in flash up to about 1.5 metres, I've found. Further away than this and any benefits will be minimal. Compare this to about double this range for the larger Xenon flash on a standalone camera. 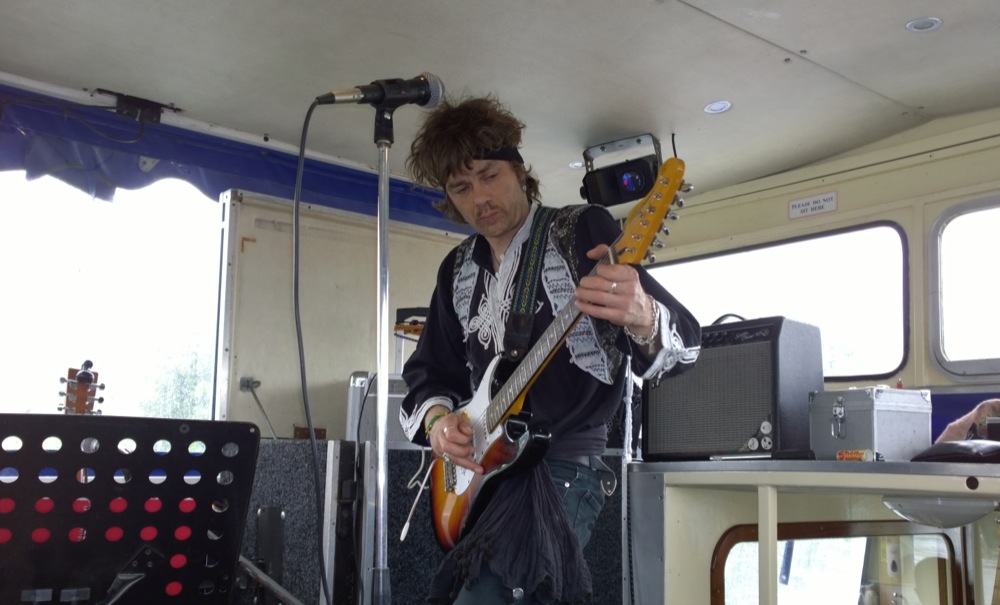 Right on the limits for fill-in flash on the Lumia 1020 in daylight. Taken from about 1.5 metres - you can see from the windows how relatively bright it was outside, so indoor detail should have been dimmed and unremarkable, if not for some automatic fill-in flash from the 1020's Xenon.... (the subject is a gigging musician, by the way, more details here)

So, although it's tempting to leave flash 'off' if you're shooting in daylight or in a very bright indoor environment, in fact it's not only safe to leave flash in 'Auto' mode, it's actually very beneficial. If the software detects that the subject is well lit enough and that there's no overwhelming background, the flash won't fire - if 'fill in flash' is needed, then it will. 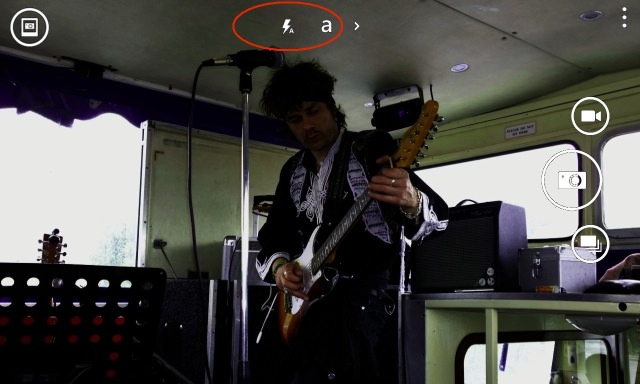 And this intelligence, allied to the Xenon power, is, I contend, very useful. And one more reason to keep using the Lumia 1020, which is still largely unique in the modern smartphone world*.

* the only Xenon-packing contender is the Samsung Galaxy K Zoom, which I owned for a month (and reviewed here) before a hardware failure meant it had to go back. This model is beset with issues though. Mine was a faulty microSD interface, but others have had dust problems in the sensor, while others have found that the overall modest specifications, so-so sensor (optical zoom notwithstanding) and bulky package don't make for a very satisfying overall smartphone/camera-phone experience. I'd take the 1020 overall, any day, being more streamlined, more robust and more flexible.

Filed: Home > Features > The importance of the Lumia 1020's Xenon flash - in daylight!