There has been quite a bit of bile addressed to Microsoft after the rumour/leak from GeekOnGadgets that there wouldn't be any high end smartphone from the company until next Autumn (2015), but I'm pretty sure I know the thinking behind such a strategy. Trying to get inside the Lumia team's collective brains, here's my analysis. And, while I personally might lust after a new flagship with cutting edge camera, with a business hat on I think I'd do exactly what Microsoft is currently doing...

From the GoG posting:

Mobile World Congress, the largest mobile convention of the year is slated to take place from March 2nd to the 5th; held in Barcelona Spain as usual. Microsoft have announced that they will be present, however they haven’t dropped any hints about what we might expect from them.

Our sources however, have been able to shed some light on what Microsoft have in store, unfortunately it appears that a flagship status phone will not be presented by Microsoft at their event. In fact no high end phones will be presented by Microsoft, our sources claim that Microsoft’s event will mainly involve low-end phones; with the possibility of showcasing a new 6 series device, possibly a successor to the Lumia 625.

Microsoft has several problems to contend with, in terms of dividing up its mobile development resources. The second, by the way, is the very marketplace itself and what others have on sale, but we'll come to that in a minute. The first is Windows 10.

The issues surrounding Windows 8 on the desktop are well known, of course. '8' was a complete disaster in terms of sales and perception, any primary school child could have told the company that a dual user interface (Metro/Classic) was a terrible idea and I have no idea at all how Windows 8 managed to make it past hundreds of Microsoft managers into production without someone vetoing it. 8.1 managed to put in a few optimisations that make the dual UI and switching less painful, but it's still a usability nightmare.

The idea of an operating system that could span tablets and laptops/desktops was a good one though - it was only the implementation and lack of UI ''smarts' that let it down - and thankfully Windows 10 looks to be the OS and user interface that Windows 8 should have been. It even promises enough under the hood and some UI extras that it might get hardened Windows 7 users like me to upgrade. Most of all though, the promise is of one OS and general UI that will work adaptively on not just laptops and tablets but phones as well. 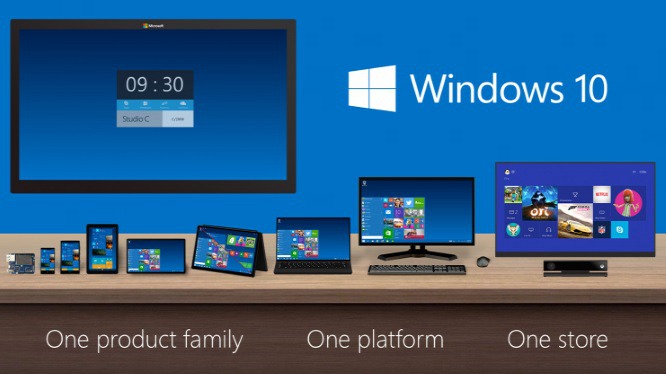 So Windows 10 is coming for our smartphones, with almost all the current generation of Windows Phone 8 devices apparently compatible. However, rolling out such a major release (and remember that Microsoft has never exactly been speedy in these matters) will take a while. Clever money has Windows 10 available for desktops and tablets in the Autumn of 2015, with phone versions arriving in firmwares towards the end of the year. In other words, a full year from today.

In terms of making a new flagship, Microsoft would be crazy to consider anything which didn't centre (in terms of functionality, features, interface and marketing) around Windows 10, instantly putting the timing of such a device into a late 2015 context.

Along with this time factor come resource constraints. An increasing number of Microsoft staff will be involved in the development of Windows 10 for all form factors and you have to reckon that there's not going to much manpower left over for anything specialist in the meantime, such as a 1020 follow-up for the Spring, for example, no matter how much geeks like me would like it to be so.

Secondly, there's the matter of the current smartphone marketplace. We have insanely expensive high end phones from the likes of Apple and Samsung, fairly expensive flagships from LG and Motorola and then a raft of cheaper but still high end devices from the likes of Huawei and Xioami. Followed by a mass of mid-range and budget devices from everyone except Apple. It's a busy industry and the competition is utterly cut-throat.

Begging the questions, can Windows Phone survive? And, if so, where should energies be focussed? Yes, I believe the OS can survive, not least because of the aforementioned Windows 10 strategy, which will (in the long term) pay dividends on all form factors, including phones. And Microsoft isn't going to run out of cash anytime soon.

We've already seen the sales data that the cheapest models in the Windows Phone stable were the best-selling, e.g. the Lumia 520, perhaps not surprisingly. And much as enthusiasts like you and I like to think well of the likes of the Lumia 1020, 1520 and so on, the numbers shipped are in the low millions at best, while Apple and Samsung ship many tens of millions of their flagships each quarter.

The thing is that Windows Phone may have established itself as the 'third ecosystem', but third place doesn't really cut it when a well-heeled customer wanders into a phone shop with money to burn and browses the shelves. Imagine the 1520 or 1020 when they first launched, imagine a hypothetical January 2015 flagship, say a 940 (it doesn't exist, before you ask), with slightly upgraded specs from the 930 (faster processor, faster GPU, Glance screen), and retailing at £449 SIM-free or £35 a month on contract in the UK. Pitched next to the likes of the Galaxy S5, the LG G3, the Sony Xperia Z3, all of which are in the same price bracket, not to mention the tempting prospect of an iPhone for another £100 or so, what percentage of general users would actively decide on the '940', running Windows Phone, the OS that unashamedly pitches itself in third place? However good such a '940' might seem to Windows Phone fans, the real world number would be quite small, I'll warrant.

Conversely, while Apple and the Android manufacturers squabble at the high end, there are much better sales opportunities at the low end, providing hardware and software which is patently well built and fast enough, while coming in at very wallet-friendly pricing. This is what happened with the Lumia 520, and this is what will happen with the 535 (in particular), is working with the 630/635, and will hopefully work as well for the new Windows Phone OEMs across the world with similar budget offerings. True, the devices aren't as instantly sexy as at the high end, but in terms of acquiring happy users they have by far the best chance.

The mid-range also turns out to be interesting, partly because this is where Microsoft focussed its (late Nokia) attention in 2014, with the Lumia 735 and 830, both of which are stunning value for money (e.g. you could buy three Lumia 830s for one iPhone 6+, a ratio that really brings home the price differential, at least away from the crazily skewed USA market) and great handsets, but also because pressure is coming into this segment as well with Huawei and Xioami (and others) bringing in Android flagship specs at a mid range price. It's all very cut-throat at the moment. 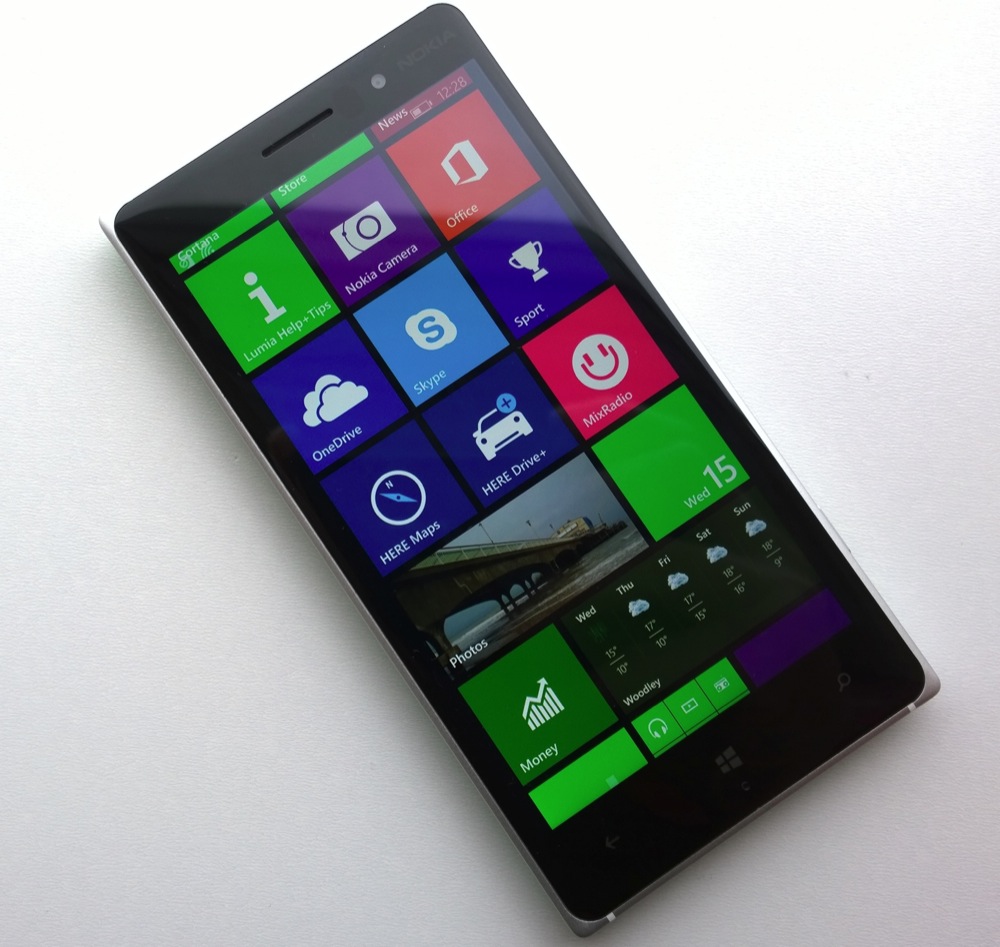 In summary, the timing of Windows 10 and current market pressures mean that any halfway house, interim flagship from Microsoft (e.g. announced at CES or MWC 2015) wouldn't be received that well in the wider smartphone market. Far better, goes the thought, to hold back and produce something stunning at a September 2015 event, in conjunction with Windows 10 tablets of all sizes, Windows 10 laptops and desktops, plus hybrid devices we've only glimpsed so far.

In today's mobile world, moving at a frantic pace, Microsoft's long term strategy is seeming to unfurl at glacial pace, but its cross-form-factor ambitions mean that other timescales and factors are in control. And in that long term, who's to say that Microsoft won't be proved right? Some might bet against 'Windows Phone', in its current form and name, but you'd be a fool to write off Microsoft completely.

Filed: Home > Features > The reason WHY there won't be a Microsoft/Windows Phone flagship until Autumn 2015