Once upon a time there were 'smartphones' and 'phones'. Or 'feature phones' for the latter name if you were being a bit snobbish. Then we got to the stage where virtually all phones were 'smart' (i.e. online, apps, converged functions), so the distinction went away. And now, with the likes of the excellent Lumia 640 XL, we're on the cusp of seeing the same thing happen to that hated term 'phablets'. They'll all just be called 'phones' from 2016 onwards, you mark my words. 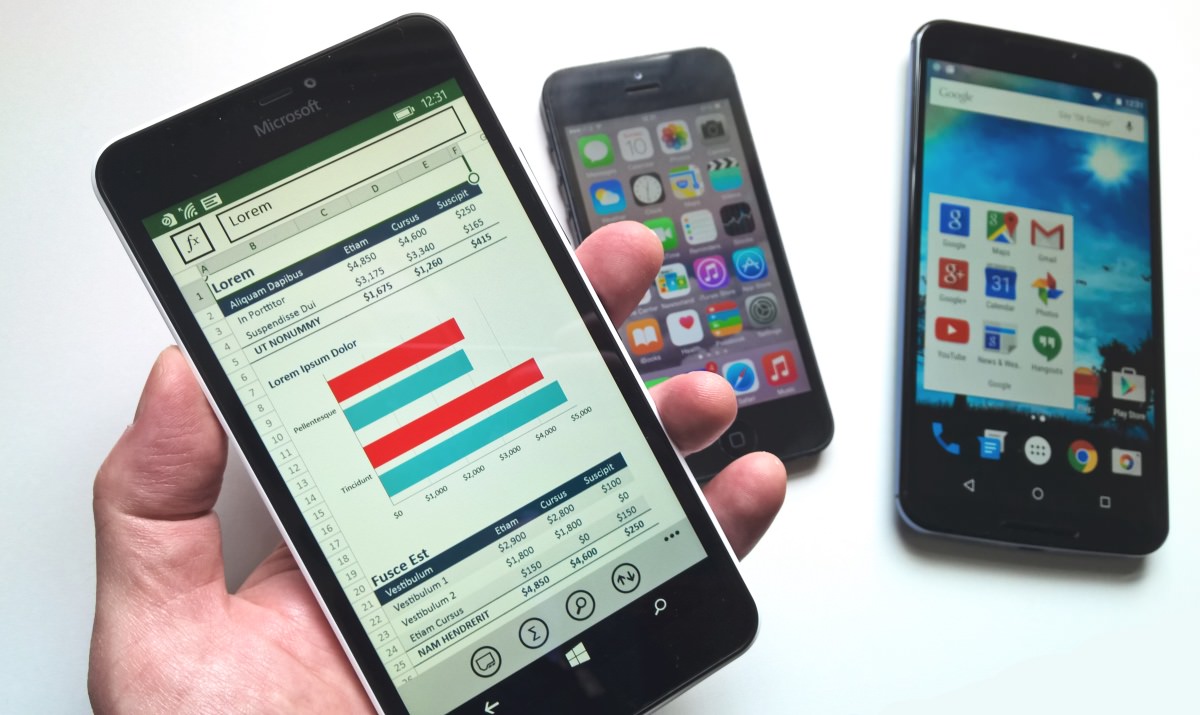 Perhaps it's my somewhat 'elevated' (in terms of perspective, if not importance!) position in the mobile industry, but I'm seeing more and more phones (from the lower-mid-tier upwards) coming with screens of 5.2" and above, often now 5.5" in 2015.

Now, the very first acknowledged 'phablet' (phone-tablet hybrid!) was the Samsung Galaxy Note, with a paltry(!) 5.3" screen. With a 4:3 aspect ratio, it was a trifle unwieldy, but it got the genre off to a start. All future large screened phone attempts have thankfully been in a 16:9 aspect ratio, making larger screens more manageable in terms of physically holding the device. To take just two of the current examples of phablets which are really just 'phones' and referred to as such by most people, here are the Microsoft Lumia 640 XL and Google Nexus 6, snapped with a mass market Apple iPhone 5 (2012) in between, to give an idea of scale, laid out in 2D for you: 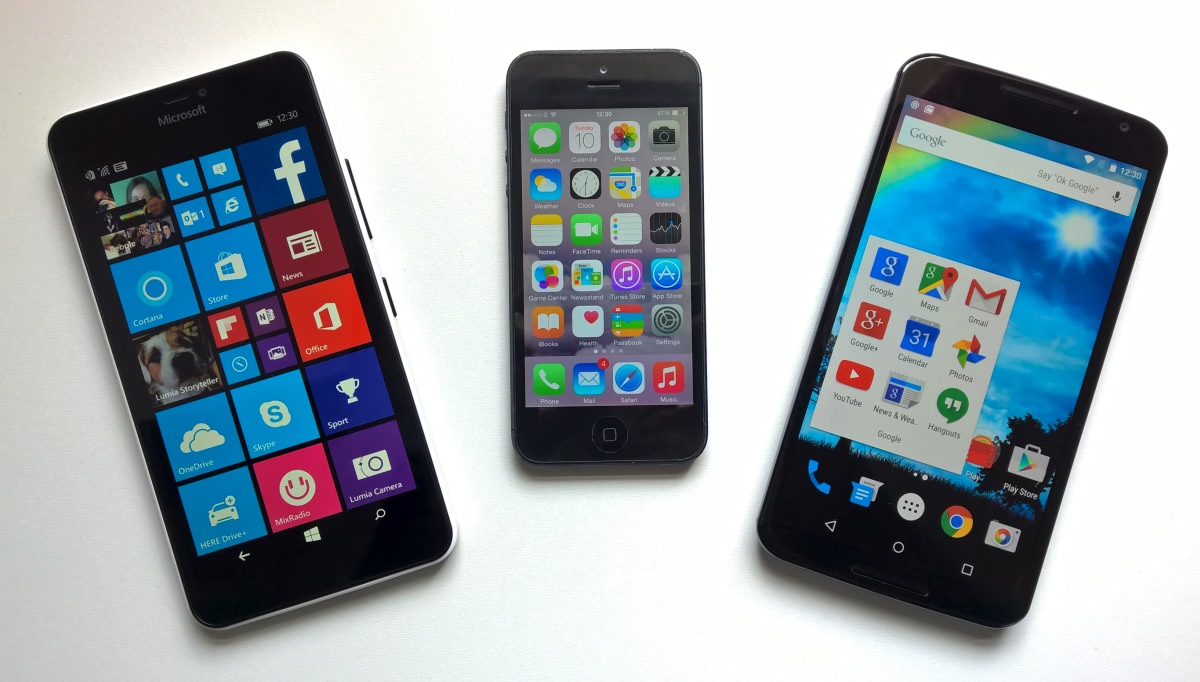 The 3.5"-screened iPhone was reckoned by most people (in its original plastic case) to be the first 'modern' smartphone*, back in 2007, so it's somewhat instructive to see the immense gap in size above, to even its slightly larger sister device, the iPhone 5, which had a 4" screen.

* Of course, it depends how you define the word - many aspects of a 'smartphone' were already demonstrated in the Symbian-based Nokia and Sony Ericsson top end handsets from 2002 onwards. But let's not have that debate all over again....!

Now, back in the 2010-2012 era, most commentators were saying that a 4"-4.5" screen was the 'sweet spot' in form factors, referring to the screen dimensions for which the resulting phone form could be easily carried and used in one hand. And we/they were right, though the improvements in technology gradually meant that smaller bezels could be used, making for a 5" screen in the body of something which used to house somewhere in the 4" vicinity. Think Samsung Galaxy S3/S4, think Nokia Lumia 920 (and then recently, 830 and 540), this is still the one-handed sweet spot, even if the fingers of the average hand have to stretch a little.

However, as mentioned in the title, the goalposts keep moving in the phone world. Here's an approximate guide to how the purview of the phone has changed (and is still changing) over the years:

In fact, as we move into 2015 and beyond, there's far more of an emphasis on a device's capabilities in terms of capturing and then displaying video, streaming media of all kinds, playing high resolution games, browsing the Web with no compromises, and so on. All of which need as big and capable a screen as possible. Even at the risk of compromising the earliest functions, one-handed uses such as basic telephony.

Which is why we now have phones (notice I'm not using the 'phablet' word here) with up to 6" screens and, after a few days with these, anything else seems tiny. It's remarkable how quickly you get used to the luxury of the large display and even the form factor becomes natural. Provided you have somewhere about your person to stash it, of course!

There's another factor at play here too - a larger form factor (and one-handedness be damned) also means more room for components other than the screen. So, typically, you get a larger battery (the 640 XL's is 3000mAh - and removeable). You get less need for ultra-miniaturised componentry and thus it costs less to build and ends up at a lower retail price. You get (in theory, at least) bigger and better radio antennae, for better reception and performance. You get a bigger, louder speaker and room - if the manufacturer deems it worthwhile - for a bigger, better camera too.

Then weigh in that, with a 6" screened phone, you certainly don't need a 7" 'mini' tablet and may not even need a 9"/10" tablet either, and you can see that convergence, the primary characteristic of 'smartphones' in the early days, has moved on to now encompass another computer form factor. Previously, convergence had been about integrating functions from dumb, single-use devices like cameras, music players, GPS, watches, etc, but with this step up in size an actual computer has arguably been rendered obsolete. 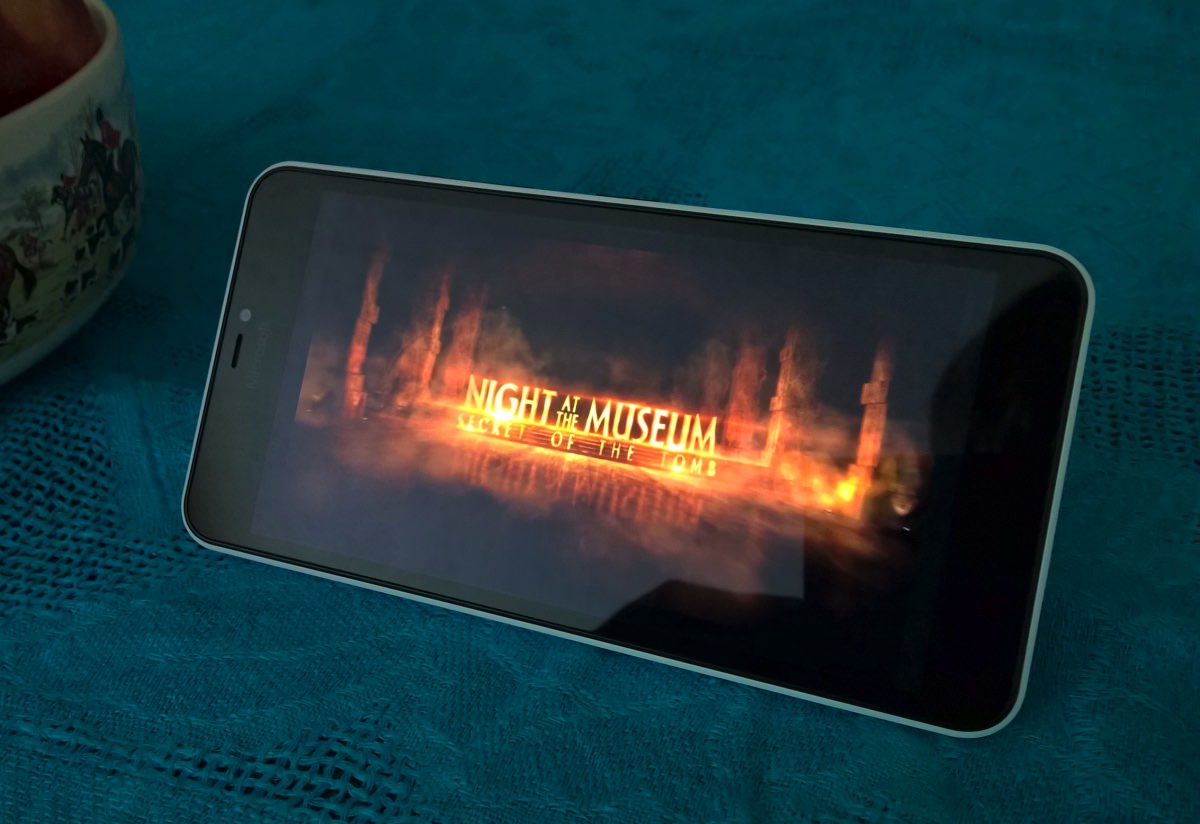 When you add all of this up, the advantages of a larger phone significantly outweigh the single disadvantage of the device being too large to use with one hand. Yes, there will always be a place for the 'phone-sized phone' (an odd term, it's true, but hey...) for those who live active lives and who want raw functionality in as small a device as possible (in the Windows Phone world that's probably now the Lumia 735? In the Android world, you get to go smaller with the Xperia Z3 Compact). Such users will want the flexibility of being able to carry and operate the device one-handed, usually because there's something else in their other hand, be it child or shopping bag or walking stick or water bottle, etc.

But for the majority, the recently reported (e.g. here) sharp rises in sales of phones with screens larger than 5" is very understandable. The goalposts, in terms of what's expected from a phone in 2015, really have moved on from where they were a decade ago. The phablet is dead, long live the phone! 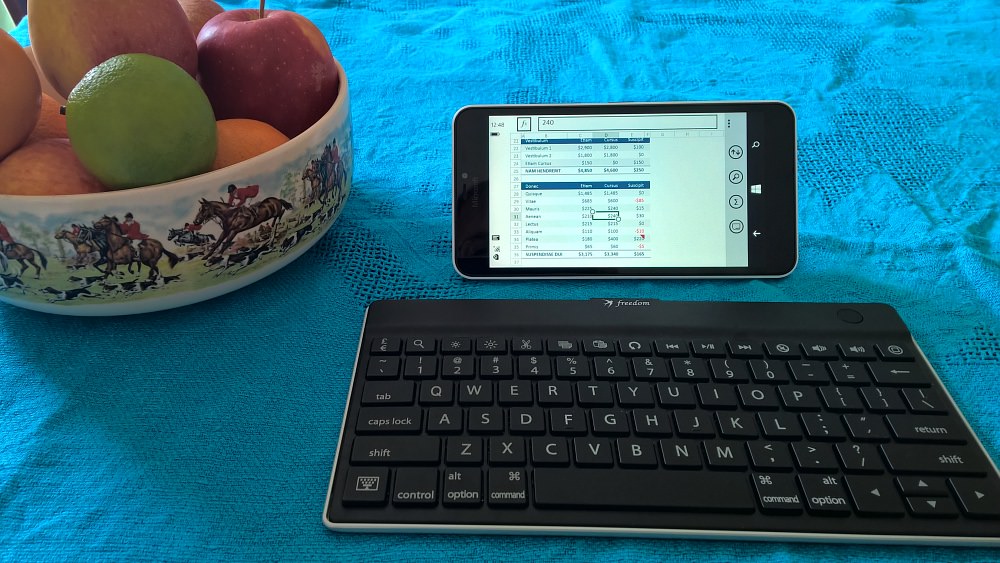 Filed: Home > Features > The ever moving goalposts - the 640 XL and why the term 'phablet' is going away