How to: Fix Qi charging on the Lumia 930

Now, I've saved this for a Friday because it's a little bit controversial. As in 'voiding-your-warranty' naughty. Mind you, if the problem described here occurred while under warranty you'd presumably avail yourself of a Care Point of some kind, so my caution is perhaps moot. The issue is that, on some Lumia 930s, the Qi charging is erratic. Typically it starts OK and then stops after a few minutes. Here's how to fix it.

At first I thought it might be software-related. So I hard reset my 930 and tried it on a plain set-up with nothing installed. Same behaviour. Then I guessed that I'd caused the problem myself in my adventures changing the back cover - had I disturbed or broken something along the way? After a little research it transpired that the fault was relatively common but that most people just live with Qi charging not working properly. After all, you can still plug in a microUSB cable, right?

However, the physicist in me wanted answers. I had two theories. First, that something in the Qi circuitry in the 930 is prone to failing - this I could do nothing about, so I moved on.

My second theory was borne from looking at the 930 with its back cover off: 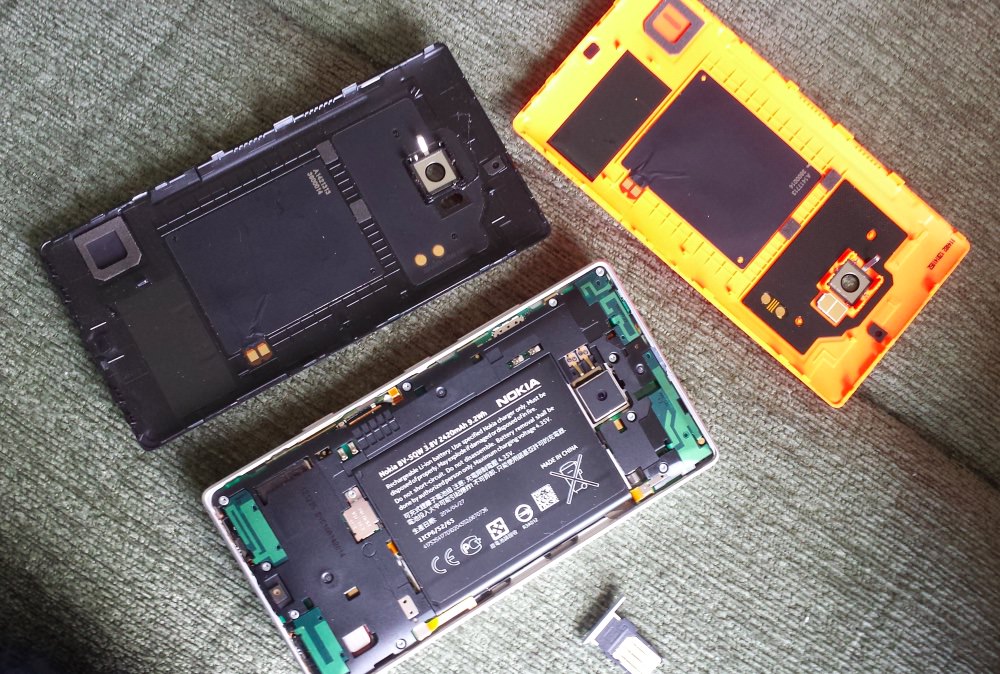 The Qi charging coils are clued to the back cover and the two gold contacts, when the back is on again, touch two spring-loaded pins down at the bottom left of the battery. I hate this reliance on mechanical contact and would much rather have had coils in an assembly on top of the battery, soldered in place, but sometimes the ease of repair outweighs other concerns at the design stage.

My theory was that, over time, the sprung pressure of these pins reduces, since they never get exercised. After a while, they're barely making contact and it doesn't take much to break the circuit. Yes, I'd probably exacerbated the problem by changing the back, which inevitably didn't fit as perfectly as the original, but others have seen problem on phones which are still intact from the factory. I'm guessing that charging starts OK and then as the battery and phone frame warm up (as happens during charging), enough expands to break the sprung contact.

The solution is low tech and obvious, of course, but does require care - bend the sprung contacts up a little more, so that there's more pressure on the gold pads when the back is in place.

[It goes without saying that if Qi charging is working OK on your Lumia 930 then DON'T risk any of this. "If it ain't broke, don't fix it!"]

1. Open up the SIM door and press the tip of a small screwdriver up into the plastic tab, so that it slips above the main chassis of the phone: 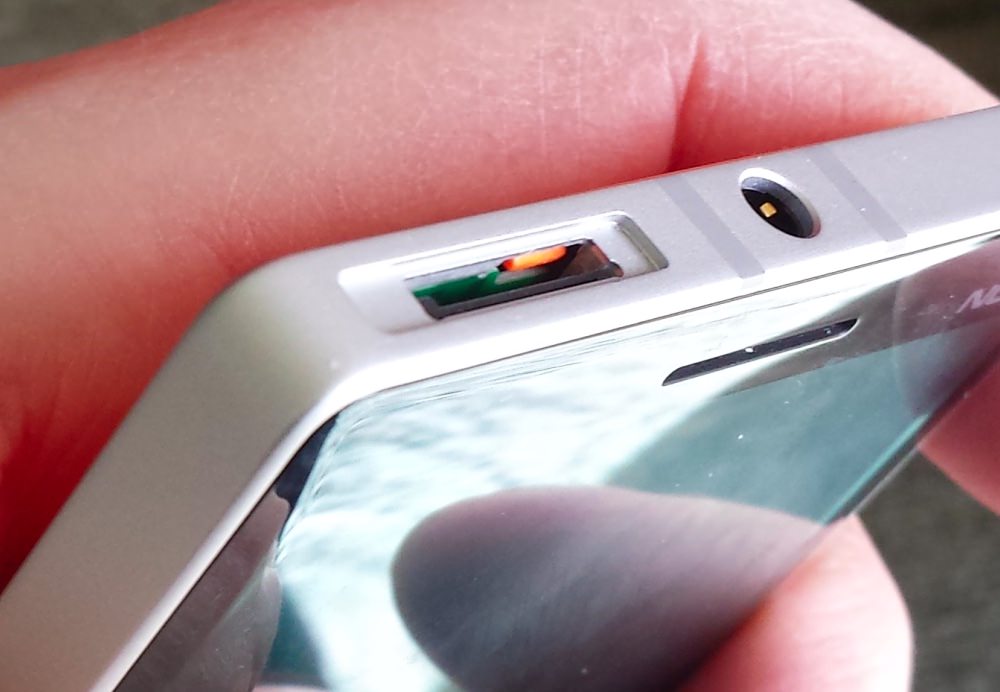 2. Use a fingernail or plastic spudger to lever up the back, working your way around the phone: 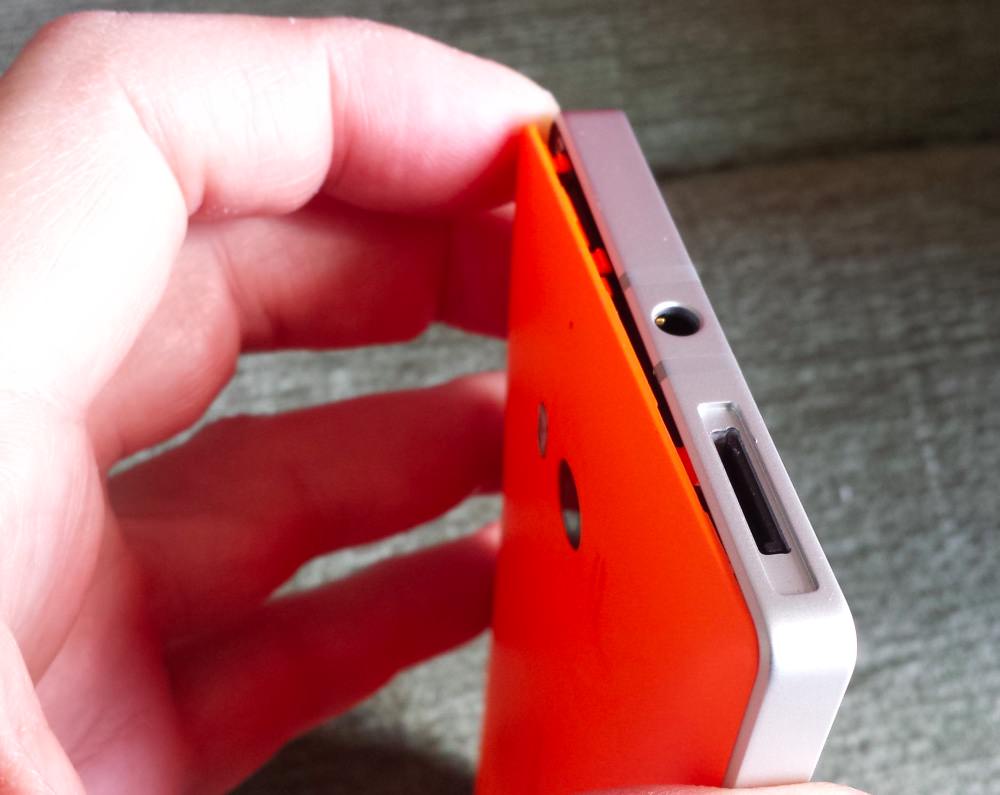 3. Find the two little Qi contacts down near the base of the phone body.

They should be pretty clean, as should the pads on the back cover, but give them a brush with an alcohol wipe just in case.

4. Now, make CERTAIN that the phone is turned off and then, using a jeweller's screwdriver or similar, gently bend each of the two sprung contacts up a little - around an extra millimetre should be enough.

5. Carefully clip the 930's back cover on again, starting from the bottom and working your way around to the clip above the SIM slot, in the reverse of how you took it off, above.

Turn the phone on and run some checks. That the LED flash still works (more contacts, etc.) and that Qi charging is now more reliable.

Hopefully it's all worked. I did this on my (now black) Lumia 930 and haven't had a single Qi charging drop out. Of course, the springs will relax again in time, so this might have to be something you repeat in the future!

PS. I'm sure many people will ask about changing the 930's battery, seeing the phone so exposed, etc. It's tricky. Maybe I'll cover that in a future article!