Confronting the reality of the Windows 10 Mobile market

I'd like to wrest AAWP's UK-centric mantle away briefly and take a Singapore view of the world of Microsoft, Windows, Windows Phone and Windows 10 Mobile in a wide ranging editorial, below. Never mind the 'third ecosystem', roll on the 'third era'?

Much digital ink has been spilled on the viability of the Windows 10 Mobile platform on this site and elsewhere, and for much of the past year I’ve been watching from the sidelines as today’s dominant platforms have further consolidated their lead whilst Microsoft continues to pursue a dual-pronged strategy of beavering away at building a Windows platform to end all Windows platforms whilst investing heavily in cross-platform offerings. BlackBerry has switched to building Android phones. And Symbian is now a (very) distant memory.

In a world with two entrenched mobile platforms and a Microsoft that has essentially made it possible for a user to replace every possible part of their Android phone with a Microsoft app, where does Windows 10 Mobile fit in? Does this software have a place in today’s mobile communications landscape? Through the following paragraphs, I hope to paint one of many possible pictures for the future of Windows phones and acknowledge the reality in which Windows 10 Mobile finds itself.

Being based out of Singapore has given me an interesting vantage point for the very same trends that we have seen taking place elsewhere around the world. In essence, this place is a microcosm of whatever is happening in much larger markets, such as the US. The smartphone market here combines the contract-based approach of the US with the unlocked devices, PAYG and SIM-only options of Europe. Over time, consumers have gained benefits such as fast adoption of new standards like LTE and healthy wireless competition.

The products that have achieved mainstream success have so far mirrored global shifts in the fortunes of handset makers. While the vast majority of people carried a Nokia (the Nseries and XpressMusic lines were notable for their popularity) for much of the last decade, the iPhone has generally led the way in sales since it was introduced to the market. Samsung has been a close second for a number of years with HTC gaining relevance for a short period in the first years of Android’s growth before petering out. Sony’s Xperia line has achieved moderate success and one sees a few LG phones here and there.

The biggest change that has taken place in this market over the past couple of years is the influx of Chinese Android smartphones from the likes of Xiaomi, Huawei and Oppo. Devices like the Mi4i, Redmi Note and P8 Lite tend to be made available free with a contract, making them appealing to the vast majority of people who just want a phone and nothing more. There is no question that shop space in mobile phone retailers tends to be taken up by the iPhone, Samsung devices and the Xperia line. Where is Windows Phone in all of this?

Nowhere, it seems. It’s not even in the conversation. It’s out of sight and out of mind of end-users who might not even be aware that yes, Microsoft makes phones now. What makes it an especially sad state of affairs is that it wasn’t this bad throughout the history of Lumia. Indeed, I had always believed that there was a real chance that Nokia could build a substantial business with Windows Phone here with competitive and compelling offerings; it always seemed like just a couple more pieces needed to be in place before they’d take off in a respectable fashion. 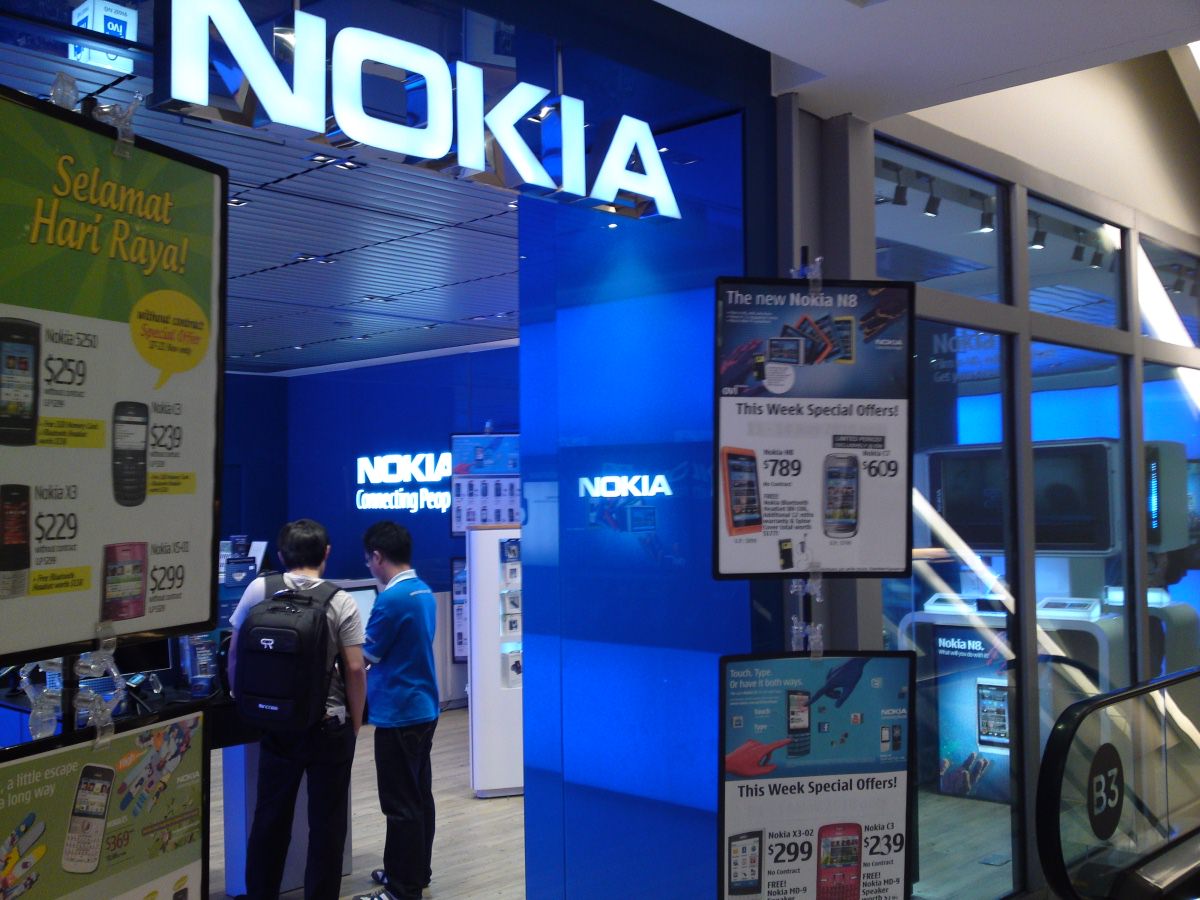 Nokia had two important strengths compared to other phone makers  that persisted even though Lumia devices were not exactly setting the world on fire. Namely, positive relationships with operators and a wide network of branded retail stores, officially-endorsed “Nokia Solution Partners” and smaller-scale resellers. The Nokia Stores, being run in partnership with a local retailer, persisted far longer than similar outfits in London and other cities, providing space out there in the real world to showcase the entire range of Lumia devices and accessories in their best light. Would-be customers had free reign to play with the devices, chat with someone who actually knew something about Windows Phone and try out technologies such as wireless charging and PureView imaging for themselves. Even if operators and third-party retailers opted to de-emphasise Lumia and Windows Phone, the Nokia Stores and Solution Partners (committed to prominent displays of Lumia phones in stores) would make sure Lumia and Windows Phone existed in the minds of consumers.

After Microsoft acquired Nokia’s Devices and Services division, all the branded stores were shut and even Nokia’s after-sales service centers evolved from sprawling, professional setups to a single desk within a third-party retailer in a single mall. With flagging interest and adoption of Windows Phone after the first few Windows Phone 8 devices such as the Lumia 920 and Lumia 520, third-party retailers opted to de-prioritize placement and promotion of Lumia products. Even operators who had trusted Nokia for a long time began to lose confidence. 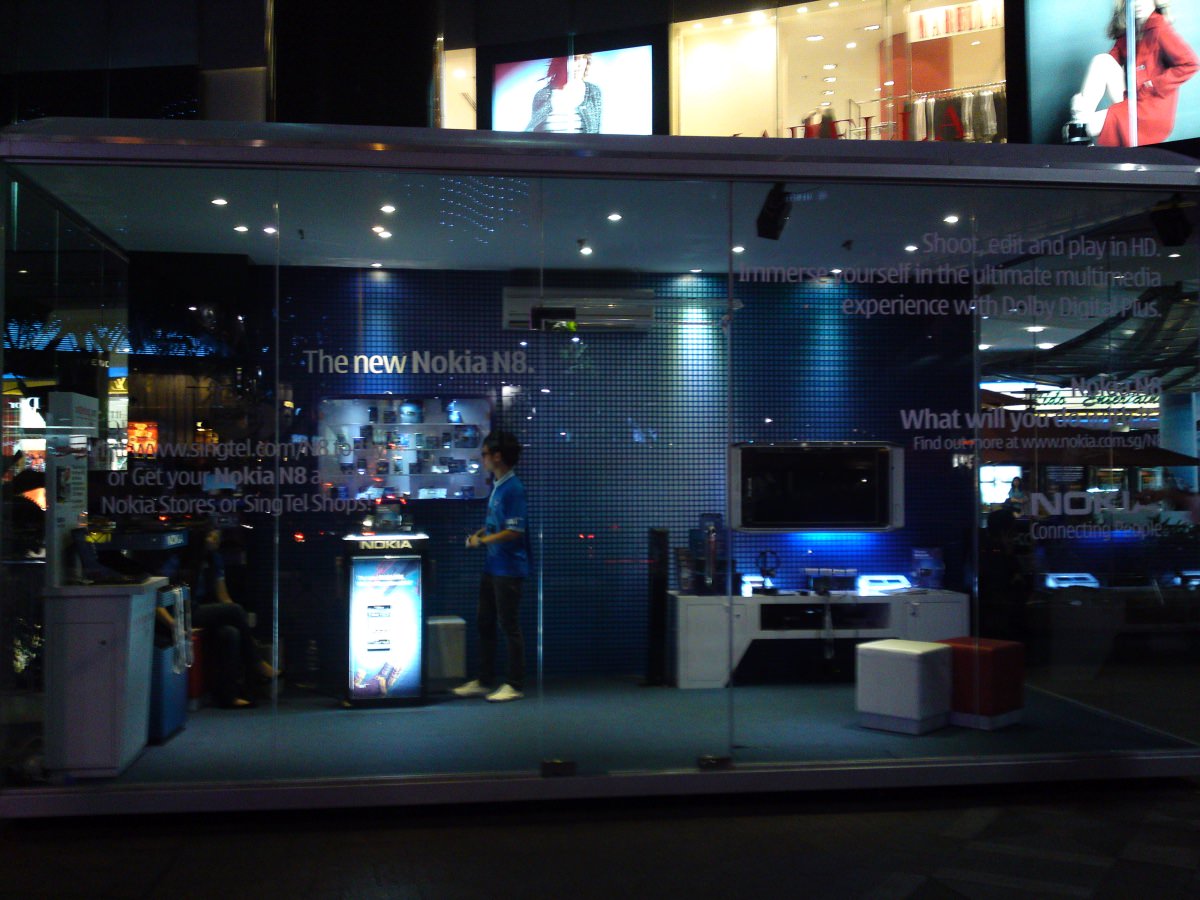 From the beginning of 2012, we went from having the full bevy of WP7 Lumias ranged by operators (900, 800, 710, 610) to a reasonably comprehensive range of first and second-generation WP8 handsets (920, 820, 620 and 520) to the situation we have today where it is nigh impossible to actually buy a Windows Phone (sic, Windows 10 Mobile) in an operator store even if you really wanted one. The new Lumia 950 and 950XL might as well not even exist, but problems were already apparent before this point in time. For instance, the 735 was never ranged, the 930 had a far shorter time on the market than the actual life of the device, the 635 was received with moderate welcome due to the large number of potential upgrades from the 520 but was never succeeded by the 640, while the 640XL recently fell off product lists from the final operator to carry it. That leaves the vast majority of customers (who do expect to continue renewing their existing 2-year operator contract and picking up a new phone on the way out) without a single device option running Windows. 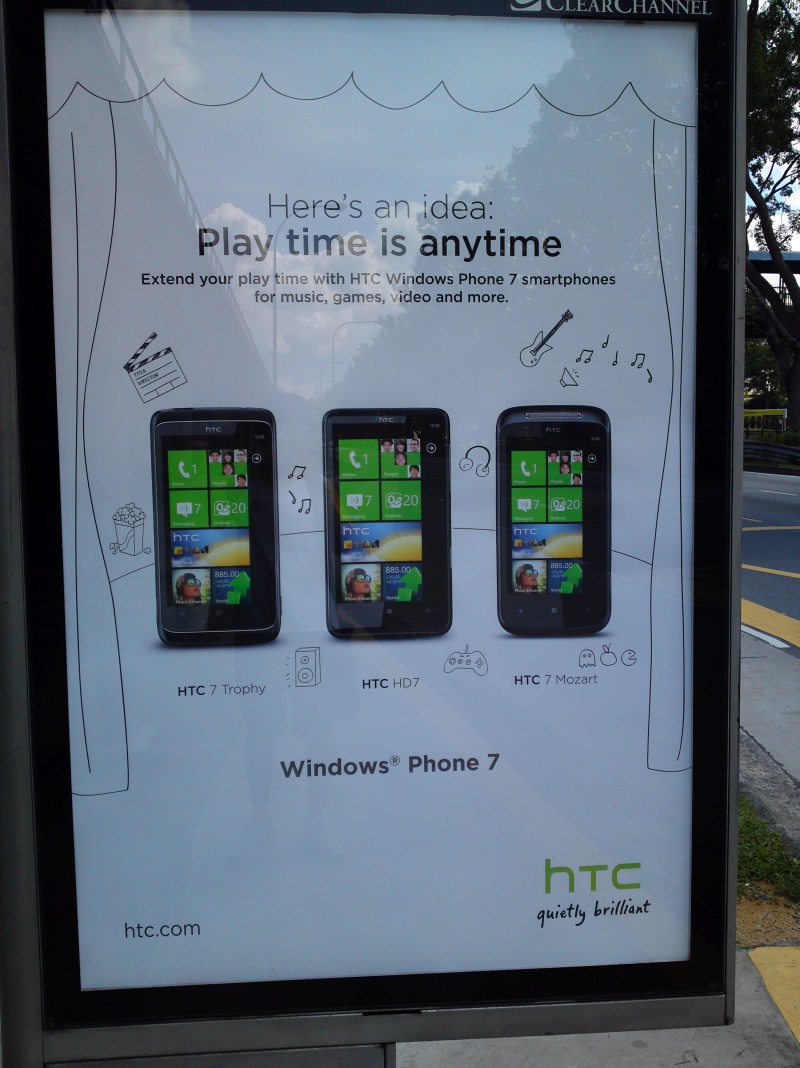 Windows 10 has achieved good adoption and a decent reputation on the traditional desktop/notebook form factor, but Microsoft has never been a company that has particularly sparked imagination, interest and excitement in Singapore. In fact, Microsoft is more likely to be associated with fatigue and frustration dealing with often-temperamental PCs in workplaces and is the “poor man’s copycat choice” beside sleek and elegant Apple products. The fact that Windows on smartphones has virtually zero support from the networks, non-existent retail presence (in a country where most people spend excessive amounts of their free time in shopping malls), an absence of marketing (the last time I saw a Lumia ad here must have been at least 2 years ago) and a gaping, ever-expanding chasm in end-user mindshare relative to competing products with sizable ad budgets leads me to believe that the idea of mass-market consumer adoption of Windows 10 Mobile in this market is dead in the water and none of the parties involved have the necessary energy or budget at this point in time to make a success of this platform and its devices. 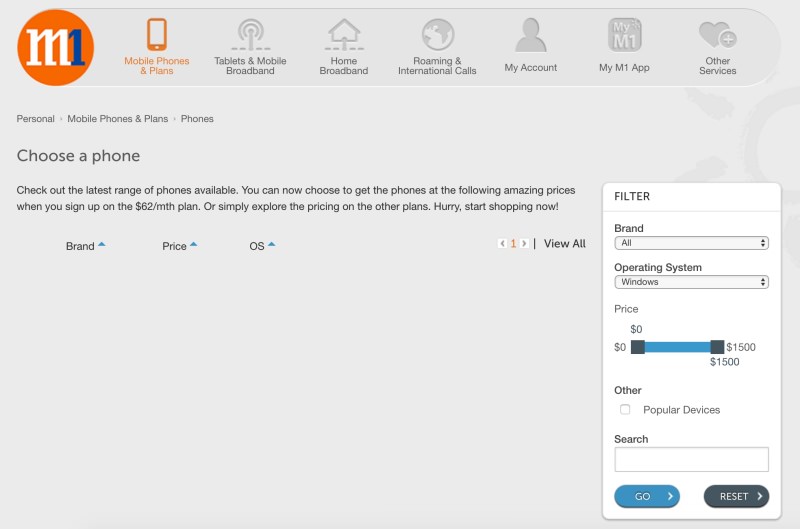 Set the filter to 'Windows' (so it's IN the filter system at least) and precisely zero matches on this network...

I do not believe that sunsetting the Lumia line in favour of one or more Surface-branded devices is going to do much to change the situation that Windows Phone enthusiasts now find themselves in. Windows Phone was never well-positioned for end-users to begin with, and it was often the low cost of Nokia hardware that sold users on the platform. The iPhone is about panache, exclusivity, elegance, simplicity and apps for everything. Android is about features, value, options, Google and apps for everyone else. Even BlackBerry is perceived as being about security, business and reliability. What is the story for Windows Phone? It’s all a blur. What you have probably in mind is a story about Lumia - design, colors, imaging, build quality. None of those things have anything to do with Windows, per se.

Perhaps Windows 10 Mobile will have considerable appeal in the enterprise space due to compatibility, security and platform consistency between established desktop setups and mobile solutions. The recently-announced HP Elite X3 could be one possible realisation of that vision, but I have doubts about the viability of pushing Windows 10 Mobile on businesses that contain employees and senior management who have long been sold on the superiority of competing mobile offerings.

Microsoft in its history has never managed to establish any kind of significant inroad in the global mobile industry. I see little reason why Windows 10 Mobile would do anything to change that. Software stability and quality has been called into question following the launch of the Lumia 950/XL. Continuum, in my view, is a half-baked solution looking for a problem. The Universal Windows Platform may be compelling, but it is as yet an unfulfilled promise and it’s going to be up to third-party developers to make UWP an asset for Windows.

You may therefore ask why I am now returning to writing about Windows smartphones if I hold such a bleak outlook. The first reason is that I do have a penchant for rooting for underdogs. The second reason is that Windows Phone and Windows 10 Mobile are of particular interest to me because of all their contradictions - strategic missteps combined with smart and intelligent moves, support and enthusiasm from early adopters amidst difficult transitions, coming closest to establishing the third major ecosystem while ultimately never really achieving that objective, maximum effort and commitment against minimal results and the juxtaposition of hardware strengths against software weaknesses and how much those strengths really matter at the end of the day.

No matter what becomes of Windows Mobile, it’s bound to be an interesting third era of the modern Windows phone platform.