One of the core components in any smartphone that rarely gets much attention is its speaker. Now, often this is because city dwellers rarely get a chance to 'crank it up' without annoying people, so headphones are de rigeur, but for the rest of us, having a decent speaker in a phone is actually quite important. Sat-nav instructions in the car, speakerphone calls at the office, podcasts around the house, even a makeshift ambient music player for the bathroom or bedroom. Here I test some of the more popular Lumias against the best of the competition. 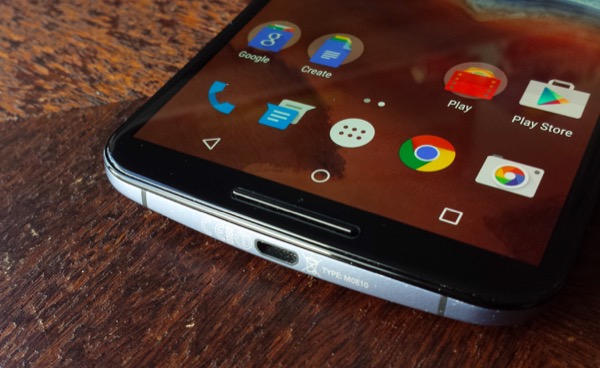 The bottom of two front-facing speakers in the Google Nexus 6, one of the leaders in my tests - see below...

Not that this feature is about declaring a winner, necessarily - for most people a speaker just has to be 'good/loud enough'. It's an analagous situation to phone cameras in that regard - again, most people just need them to be 'good enough', though I'd argue that there are more (and pickier) shutterbugs than speakerheads....

My selection of devices here then is somewhat random, but I can only work with what I have around - thankfully this includes some devices with the best speakers in the world and will give you a good flavour what's out there. Where I can draw comparisons based on review devices that I've tested but no longer have here, I will, to add extra relevance, hopefully!

In each case, I'm going to take:

The usual caveats about music sources apply, of course - highly compressed MP3 with low bitrate will sound pretty awful even over the limited speakers in phones, but the choice of source codec and bitrate isn't as critical as when testing headphones, thankfully. In this case I used AAC at 160kbps.

For each audio type, I've rated each phone's speaker (out of 10, for tone and volume) at 90% of its maximum. I don't believe these tiny components are designed to last long if driven at full volume for hour after hour and, in my experience, the last 10% of volume tends to be more distortion than anything, as the speaker membranes just aren't good enough to cope. Anyway, it's 90% across the board. Scoring volume is easy enough, measuring the maximum using a sound meter, scoring fidelity is a lot more subjective. I tried using a spectrum analyser, but ended up using my own ears - the idea is that the voice and/or music should sound as close to the 'real thing' as possible.

And yes, it's another AAWP table, if you can't view the whole thing, try your phone or tablet in landscape mode!

Anyone who's been following the smartphone world for the last year or so will spot the joker in the pack - the Marshall London is an audio-specialist phone, with unrivalled stereo speakers and fidelity, as is borne out by the scores above. However, its core specs are almost unusably low and it's a very rare beast, so consider the London something of a bar to aspire to rather than any kind of phone speaker 'norm'.

The bottom front-facing speaker on the Marshall London, a terrific feature on an otherwise low end phone..

Back in the mainstream pack the Google Nexus 6 heads the listings, though note that most of the smartphone speakers tested were between 245 and 255 - in other words, there wasn't that much to choose between them. So, for example, the well thought of Apple iPhone 6/6s speaker comes out with the identical score to the Lumia 930 - and that sounds about right, from my own personal experience.

The Nexus 6 edges away from the rest because of the use of twin speakers, each on its own would be at the levels of about the Huawei P9, but together with a full stereo image they sound impressive, while the Lumia 950 XL is the worst performing Lumia - and there's no real excuse since the 950 XL has a large body with plenty of room for a decent speaker unit, if not two...

Speaking of which... The choice of single or twin speakers, and which way they face, is one of the biggies when designing a smartphone. Looking at most of my Lumias, there's not much room at the bottom of the front face for a speaker aperture, thanks to the generously sized Windows controls, and precious little room for a speaker cavity, thanks to the ubiquitous use of microUSB ports at the centre of the bottom face. 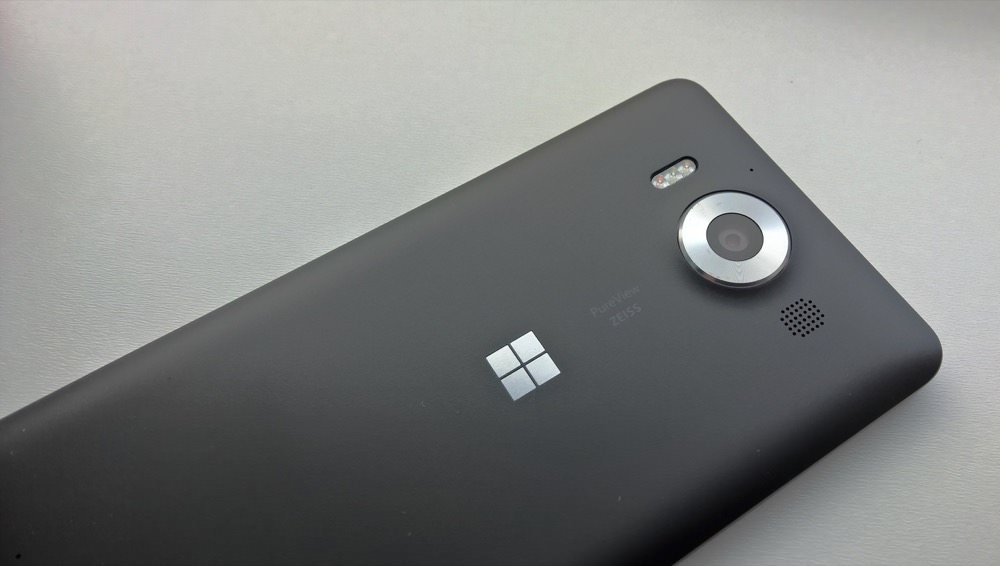 The back of the Lumia 950, showing typical Nokia/Microsoft speaker placement. It's acceptable, but not exactly ideal for anyone...

So I do understand why Nokia (first) and (then) Microsoft went for a variety of designs with the speaker aperture on the back of the phone, and if you're going for the back then there's no point or need to go for twin/stereo speakers. The downside is that the sound's pointed away from the user, which isn't ideal for media consumption, plus there's always some muffling if you put the phone down on a soft surface.

As I say, it's understandable but definitely not ideal - the Nexus 6 is living proof that you can have slim bezels and microUSB at the bottom and have twin front facing speakers. Ditto the Nexus 6P, by the way, made by Huawei, but with an even bigger USB Type C jack in this location - Microsoft could look and learn.

The choice of speaker component in the Lumia 950 XL continues to rankle. This is the flagship Lumia and it puts out sound worthy of a child's toy at best. There's oodles of space in the body, so who on earth specified the flagship with a smaller, cheap component? 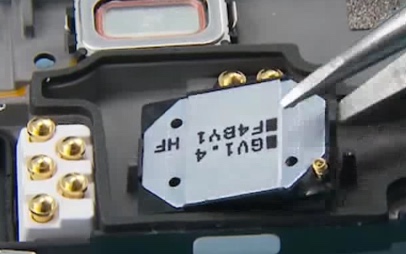 If there's a takeaway here though, other than the 950 XL's speaker being pretty horrible, is that there's really not that much to choose between the rest of the competition. So, aside from a preference for speaker location you probably don't need to worry (when choosing a phone to buy) about whether one phone speaker is louder or of higher quality than another, they're mostly in the same quantitative and qualitative ballpark.