To Boldly Go: taking the x20 Lumias to Redstone

I've linked a few times to an ultra-geeky hack to get Windows 10 Mobile Redstone (a.k.a. Anniversary Update) onto older smartphones, those that Microsoft deemed unsuitable for the very latest code. After a few (abortive) attempts I've now made progress in upgrading one of my own Lumias, a 1020 and, while I still think that you need a degree in hackery and lots of patience to proceed, here's how I got on taking a 2013 Snapdragon S4-powered Lumia into uncharted Redstone territory and beyond....

I'll save the usual disclaimers and caveats - if you're attempting any of this then you're well aware of the risks. And if you're not then run a mile - just buy a newer phone!

[Big thanks to AAWP reader Tasos Rizopoulos ('greebo' in the Disqus comments below) by the way, he held my hand through a lot of this!]

*  For devices still on 8.1, there's an expanded version of the procedure below and which involves flashing ROM images, but this is yet another level of geekiness and perhaps demands another article in the future!

Do note that there are some caveats to taking an older phone like this through to Windows 10 Mobile 'Redstone' (and beyond):

If you're happy to proceed then read on. I/we've tried to cut through the mumbo jumbo on other sites and provide an illustrated walkthrough - we've tried to eliminate any unnecessary steps and provide visual confirmation at each stage that you're seeing the right thing. And even after writing the text below, some of the steps might not be essential - see the comments below - but at least if you do everything as listed below then things should work.

On your phone, go into 'Settings/Update & Security/For developers' and select 'Developer mode'. Yes, acknowledge the scary warning, you should already be scared anyway, at this point! 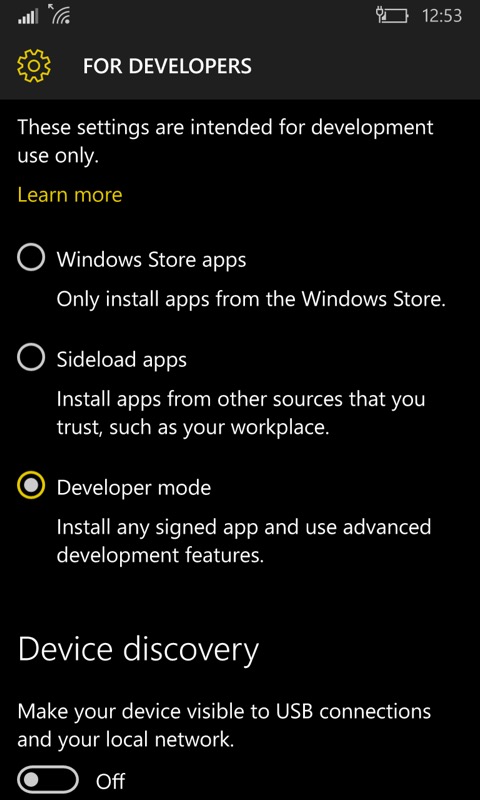 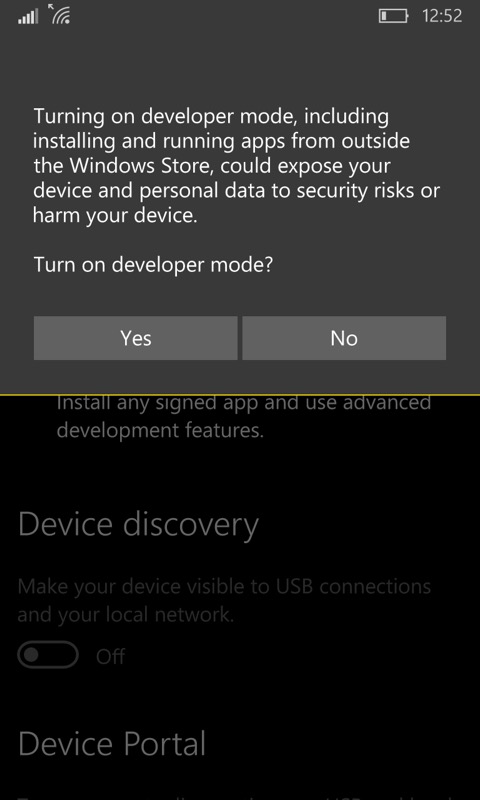 On your PC, grab the old Windows Phone 8.1 SDK application deployment utility, filename WP8.0 SDK Tools Lite Setup Av1.20.zip. Once downloaded, extract it all and go run the .bat file supplied. This will take a while (loads of components are involved) and you'll need to approve permissions every so often.

Still on your PC, download the vcREG registry editor. It's a file ending in '.xap' 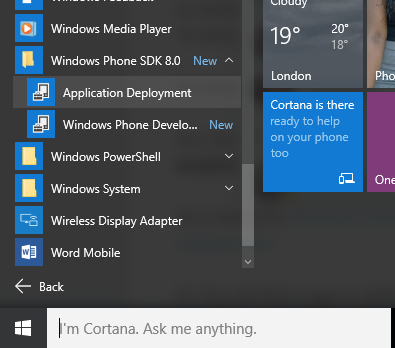 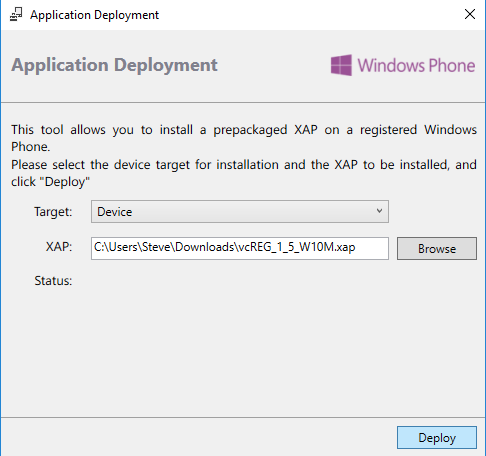 With phone connected and screen turned on and unlocked, click on 'Deploy'. Nothing appears to happen, but over on your phone have a look at the main applications list - vcREG should be there!

On the phone, run vcREG, tap on the '...' menu and then on 'templates'. Check 'Live Interop' and 'Restore NDTKsvc' and then on 'Apply'. Your phone is now 'jailbroken', to use the iPhone jargon. And we'll be able to play with its registry! 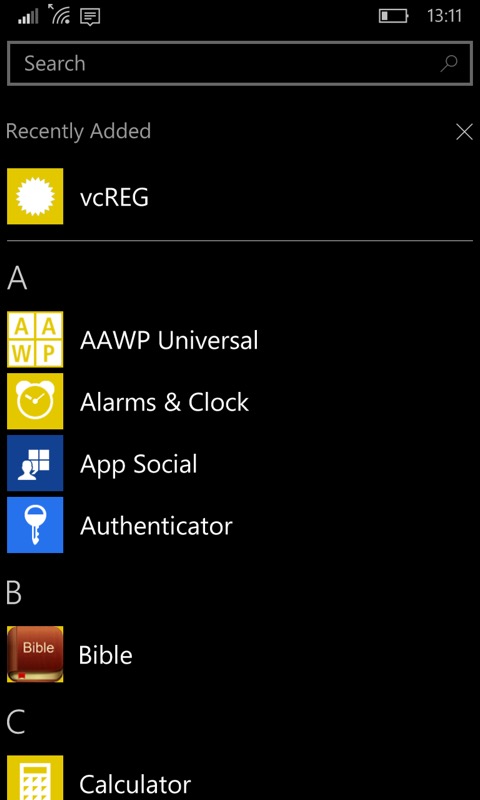 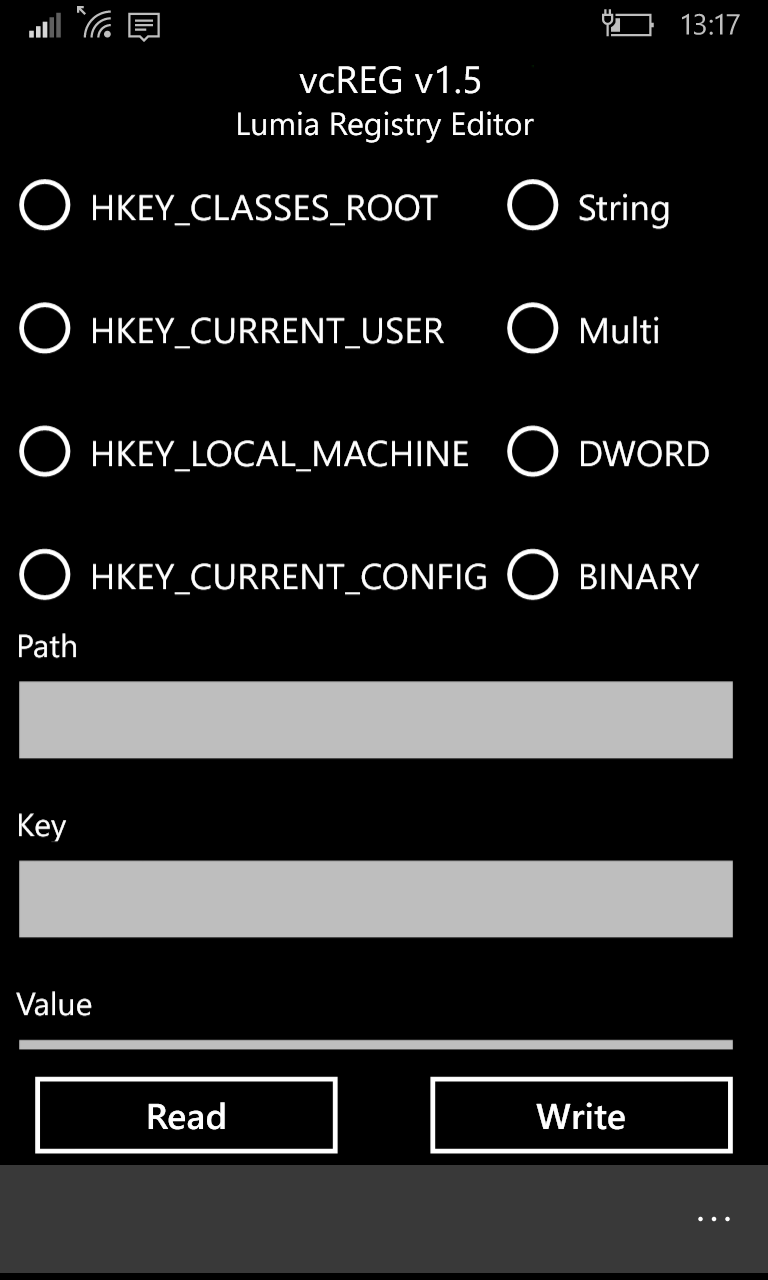 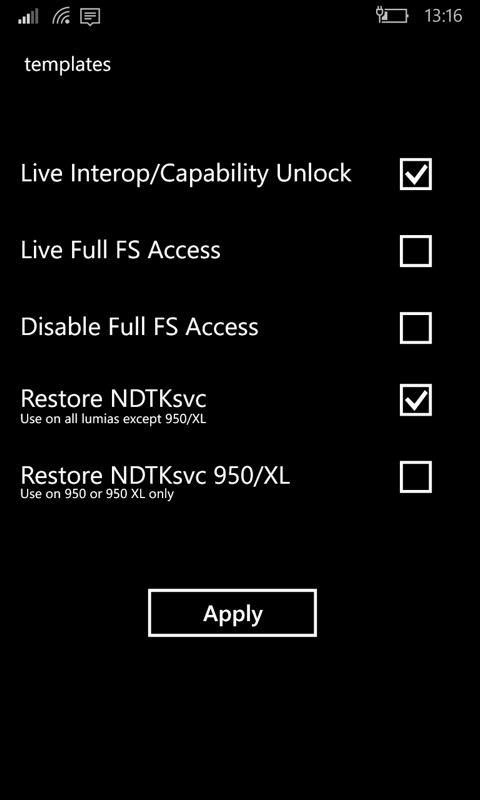 Back on the PC, download 'Interop Tools' from the developer's folder archive, I went for the stable v1.7 under 'older versions', but this may have advanced by the time you read this. You'll need the main (around 2MB) application, with typical filename InteropToolsApp_beta_1.7_0.0.157.0_arm.appxbundle

Using Explorer on your PC, copy this Interop Tools application file onto a suitable folder on your phone, e.g. 'Downloads' in the usual way. 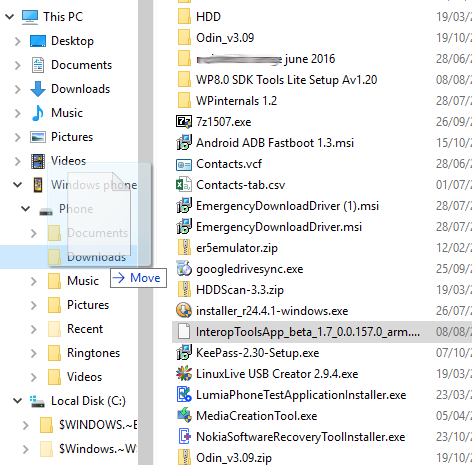 On the phone, head for File Explorer, navigate to where you put the Interop Tools application file and tap on it. It should install quickly and silently. 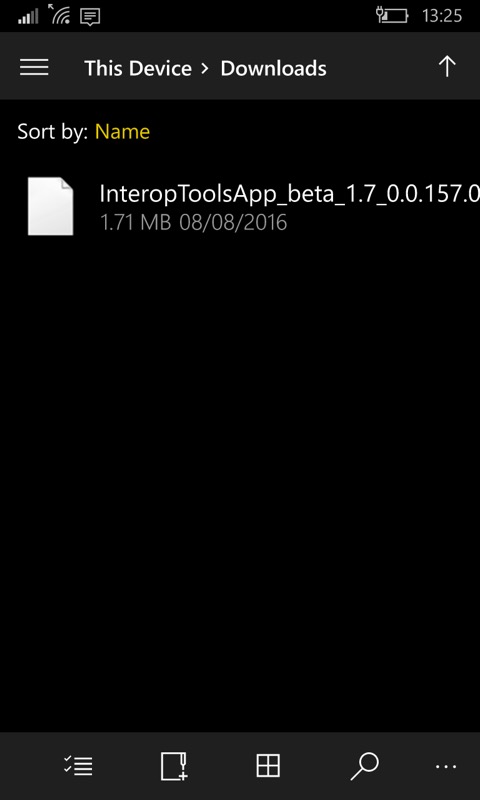 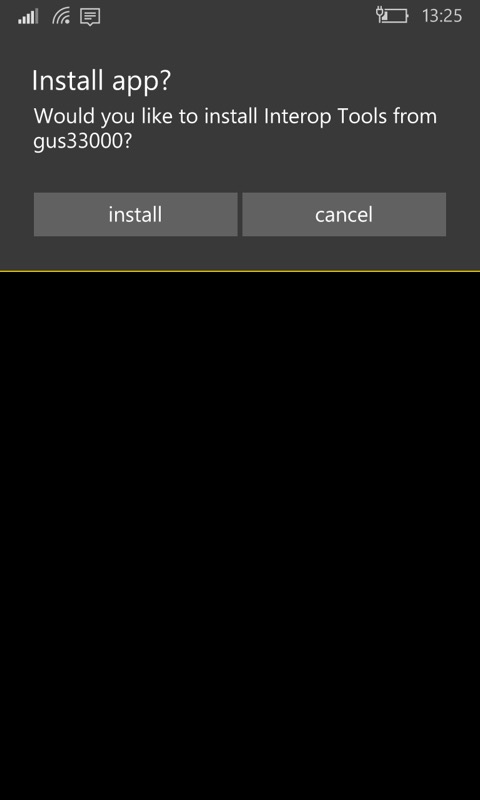 Look under 'i' in your applications list and run 'Interop Tools'. Tap on 'Registry browser'. 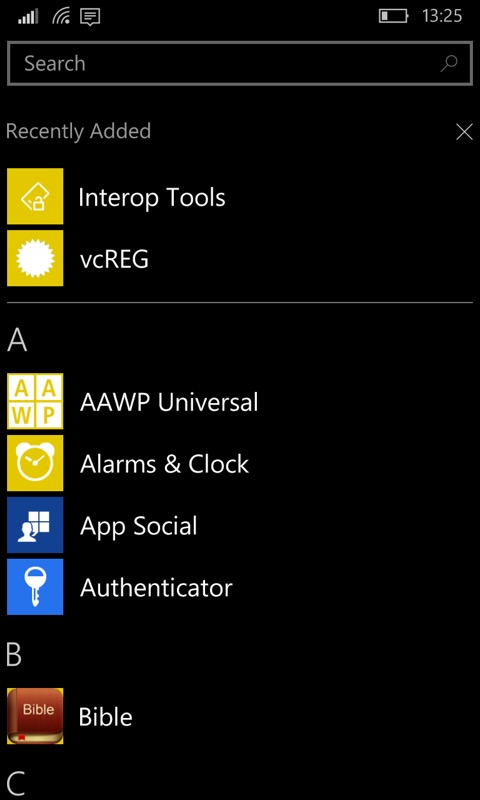 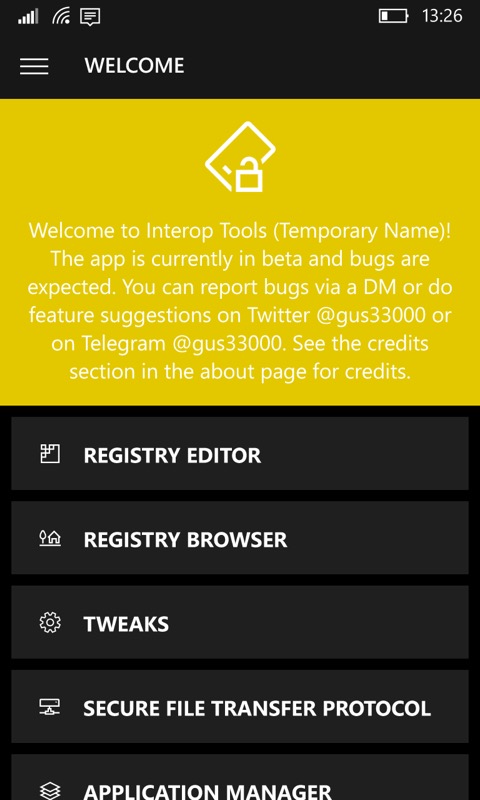 Navigate through (in turn, i.e. 4 taps) the registry key hierarchy: 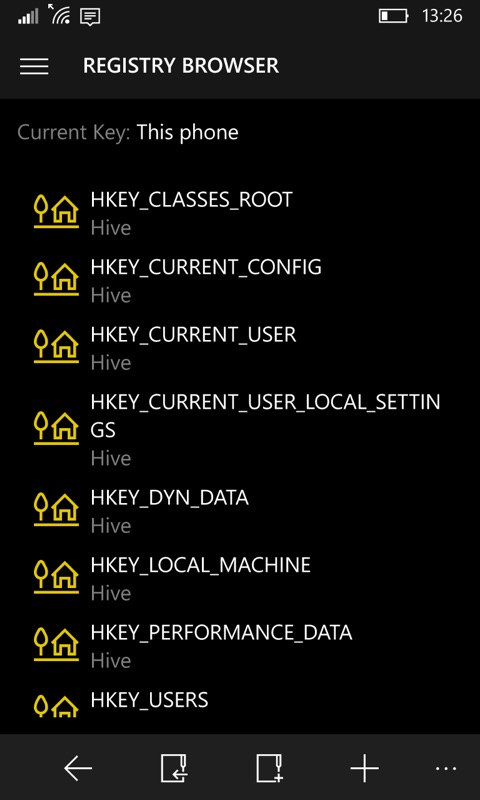 This is where is gets really interesting, we change the phone's ID as far as Windows is concerned so that when the phone update routines come calling, it reports itself as a device that's most definitely 'allowed' to get the Redstone/'Anniversary Update' (and beyond) OS versions. In this case I'm using the Lumia 950 XL for the ID, but others have used the codes and name for the Lumia 640 with success. I honestly don't think it matters - you end up with the same OS code. Just as long as the model you specify is provisioned at Microsoft's end for the new OS updates!

In each case below, make a note of what the key was before you change it - the paranoid might like to revert everything after the update is done, just in case some Lumia 950 XL update is pushed in the future which doesn't agree with the hardware (unlikely, but....) 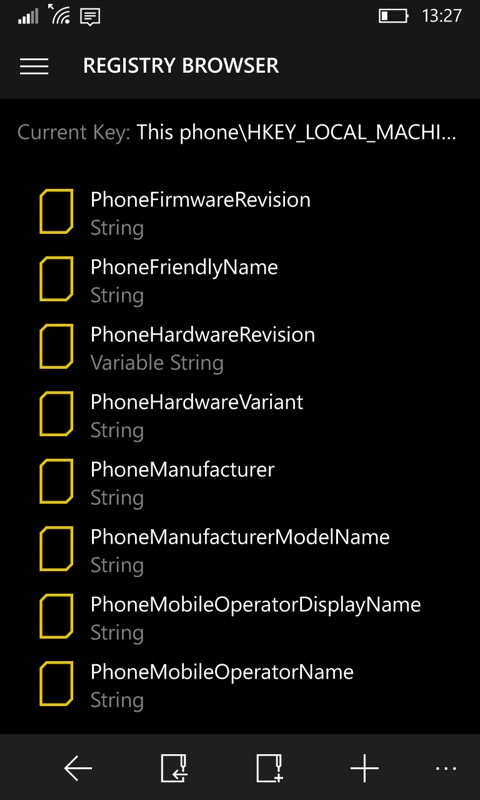 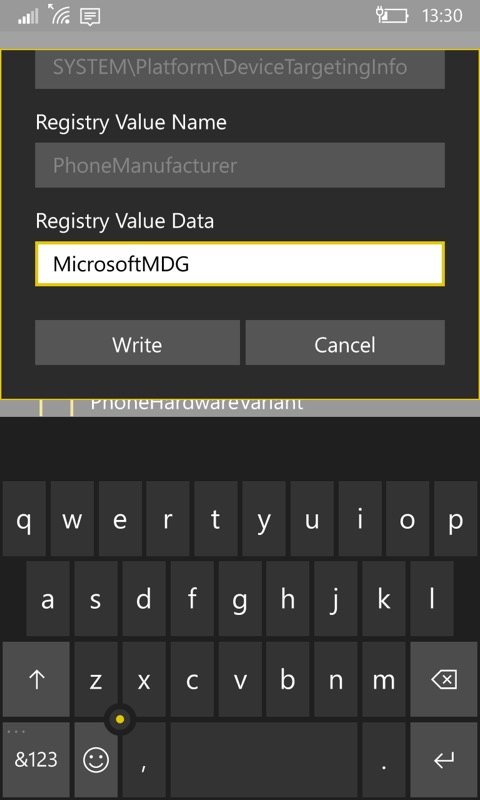 You can check that the registry changes have been made successfully by heading into 'Settings/system/about' - you should see that your Lumia 1020 (or whatever) is now pretending to be a Lumia 950 XL! 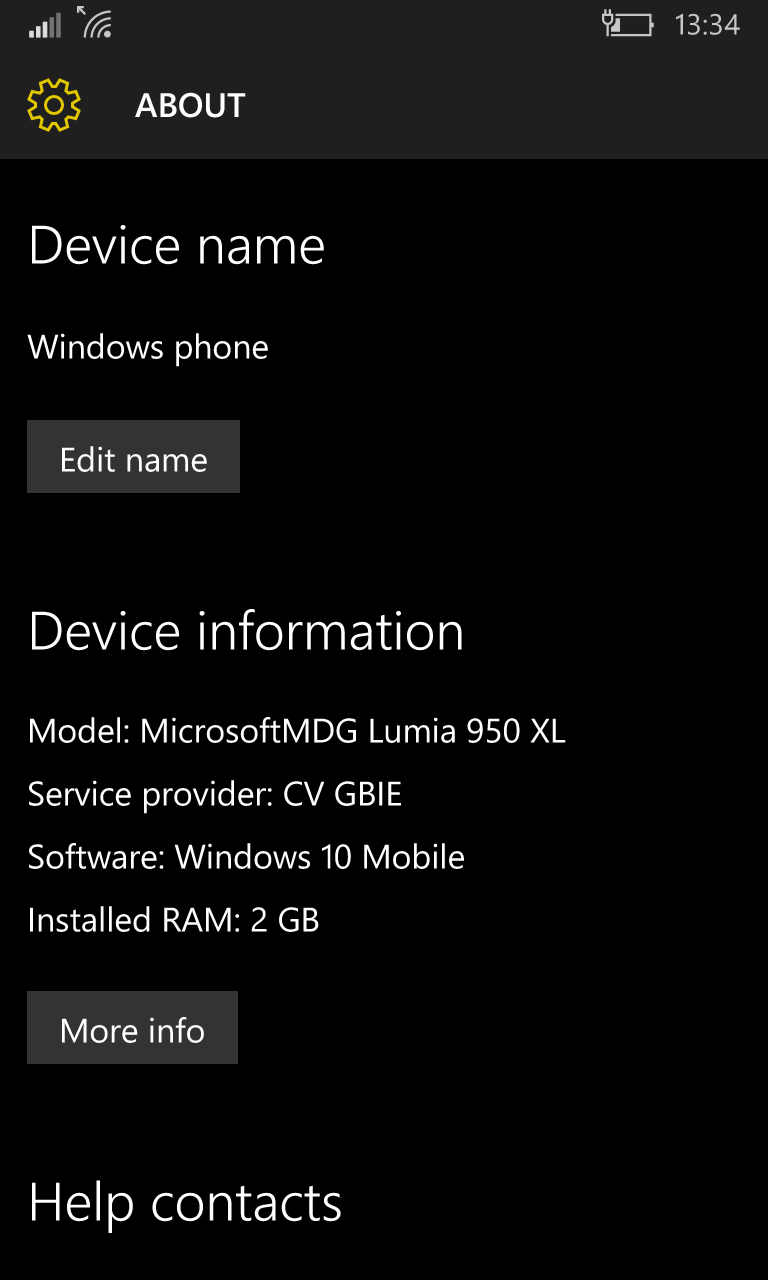 What happens next depends on when you read this tutorial! If after August 2016 then the official 'Anniversary Update' will probably be out for the 950 XL and you should see this immediately in'Settings/Update & Security' in the usual way. Otherwise it's best to proceed through the usual Windows Insiders programme route. Install this from the Store and enrol in the 'Fast ring' in the usual way. Well, 'Slow' and 'Release Preview' would also work, but as you're already on the precipice here then why not continue to live dangerously?(!) 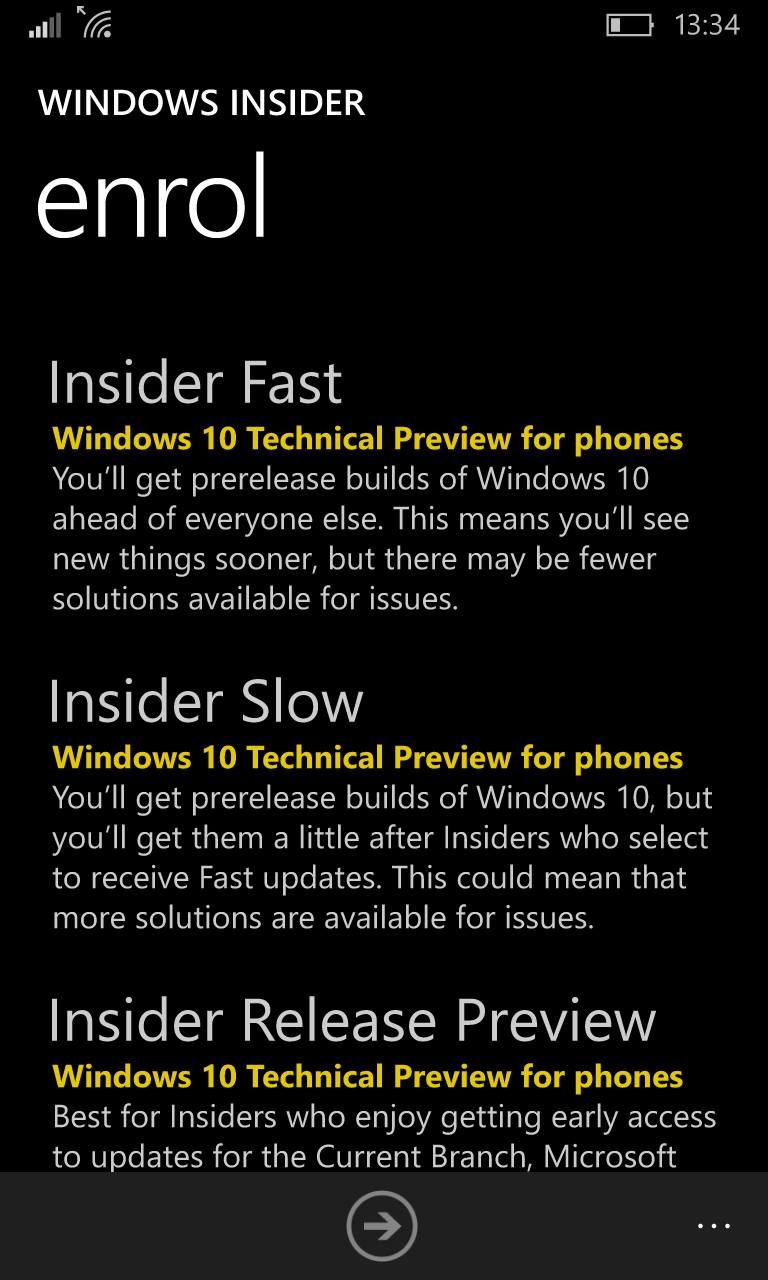 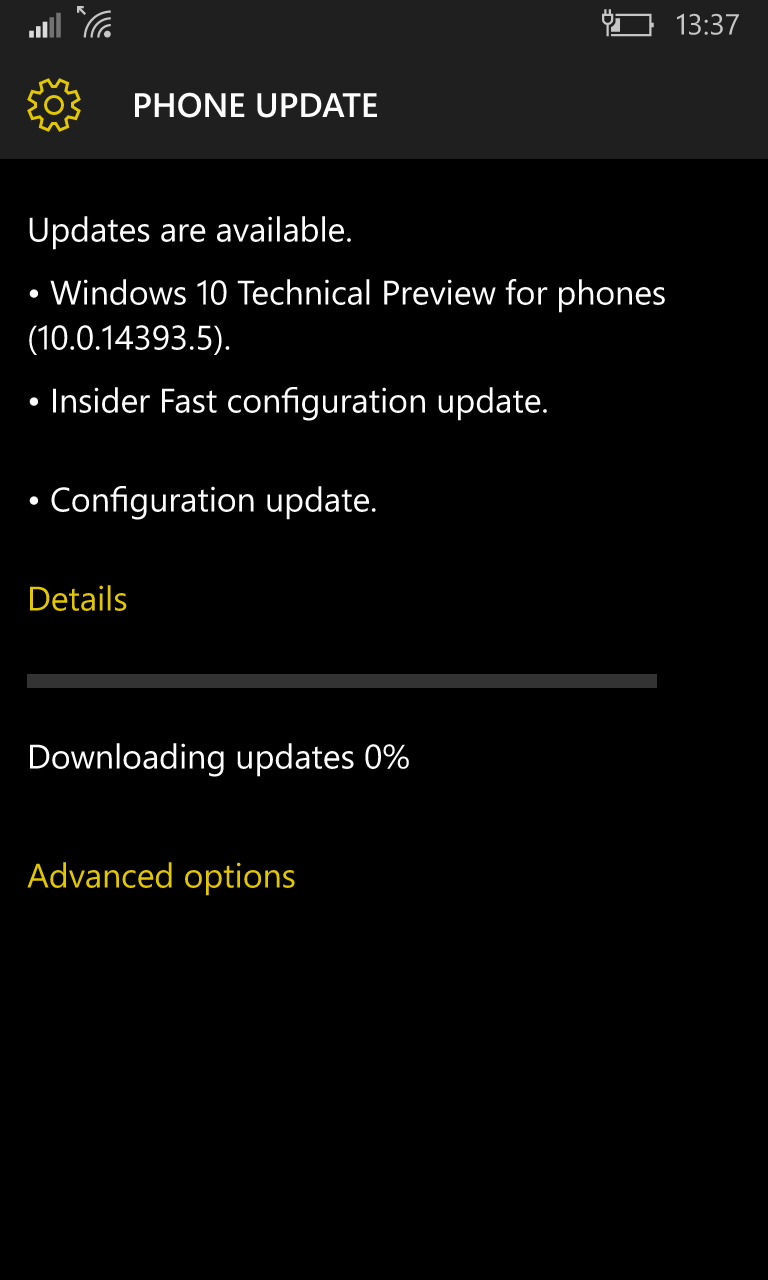 After an enforced 'configuration' reboot you can check for updates again and this time you'll see Redstone (e.g. build 14394.5) waiting and indeed downloading.

After the usual installation, 'spinning cogs' and 'migrating' steps you should have succeeded in getting your older Windows Phone from Threshold to Redstone. Well done. If you didn't then sympathies. Either try again or go down the pub and drown your sorrows?

Things to do or watch for

Start by heading into the Store and 'Check for updates' - there will be quite a bit to update, as usual. So be patient!

When preparing this article, there was an issue with Skype (Preview, i.e. the UWP app) in the Store and the current version killed the camera in the phone until the next reboot. At the time of writing/updating though (9/Aug/16), Skype Preview has just been updated and you don't need the blocking steps that I originally wrote about. Phew!

And that's it - for now. I'll add to the caveats list if I spot anything else going wrong. Comments welcome on how you get on, if you're brave enough! 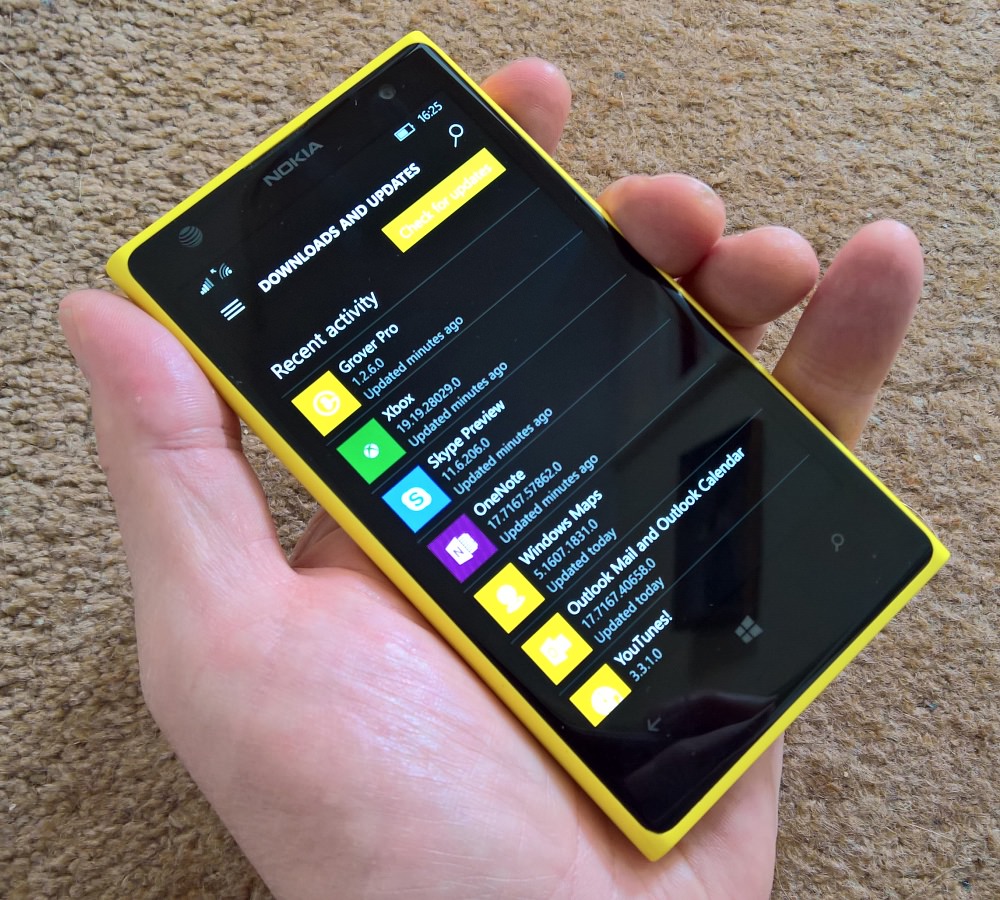