Having complained about the limited capabilities of the HP Elite X3 camera in my initial tests, and having wondered where the claimed '16MP' camera resolution was, a little hardware delving reveals that this hardware may be constrained by the optics specified by HP. Or you could just say that the original figure was exagerated - though I do have a well known precedent for this! 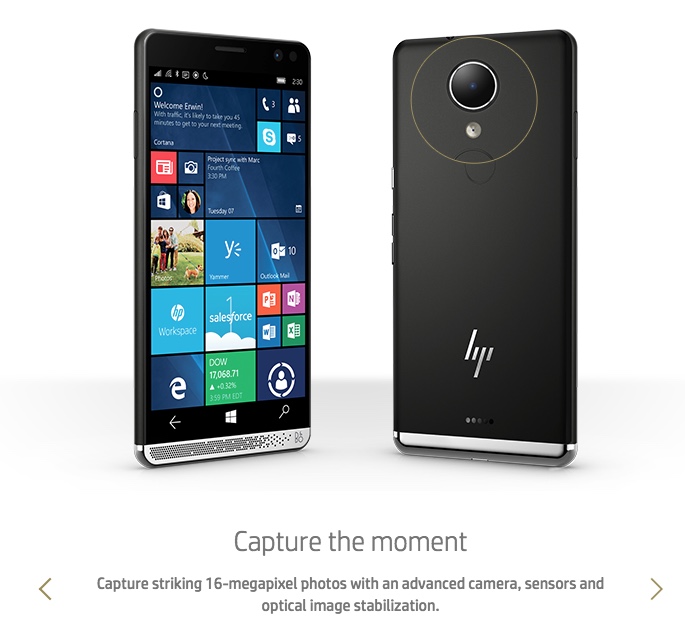 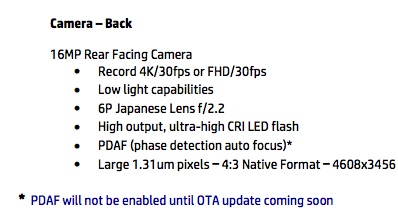 Using a hardware diagnostic utility, I was able to query the imaging hardware that's in the HP Elite X3, see the table for the results. Note that I've excluded any trivially low resolutions. These are the stated capabilities:

Now, it's always possible that the reported imaging resolutions are more chipset dependent that representing actual imaging hardware, but in this case I think the numbers are accurate. After all, HP kept quoting the Elite X3 as having a 16MP camera, as shown above, yet real world photos so far have all been at 10MP in 16:9 (which normally equates to 13MP at 4:3). So there's clearly a hardware/software disconnect, to be addressed to some extent by both new firmware and the W10M Anniversary Update.

HP clearly plucked out what they thought would be the most popular resolution and aspect ratio and I wouldn't disagree - but I still think it's worth noting that some of the other resolutions above are coming (at least those of lower number). But what about that full 16MP sensor being used in some way? Sadly, my gut feel is that the limited optics specified by HP restrict the size of the optical light-fall on the rectangular sensor in such a way that the sensor's full resolution can never be used.

Here, diagrammatically, is my best guess at what's happening inside the Elite X3 camera: 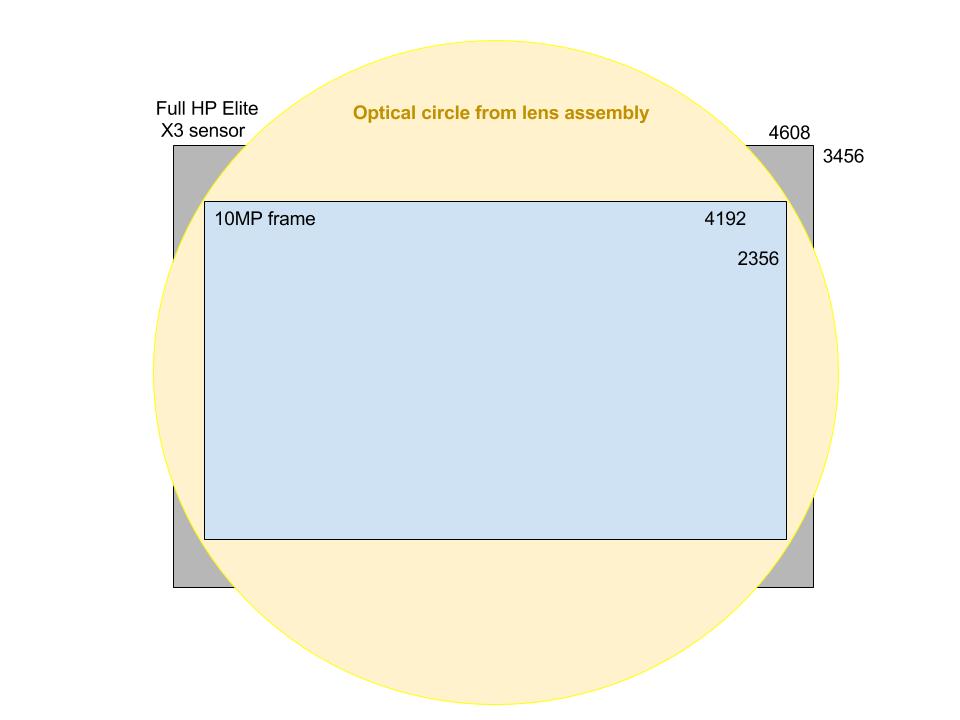 Just a guess, no one really knows for sure since HP has been quite reticent to share imaging hardware details. I should emphasise that HP calling this a '16MP' camera in the specs tables is a little misleading but it's by no means unprecedented. After all, the Nokia 808 and Lumia 1020 both claimed 41MP cameras, referring to their raw resolution, but the optical circle meant that the extreme corners could never be used, so users ended up with 38MP (in 4:3) and 34MP (in 16:9) images instead. Here, for interest, is the original Nokia 808 sensor map: 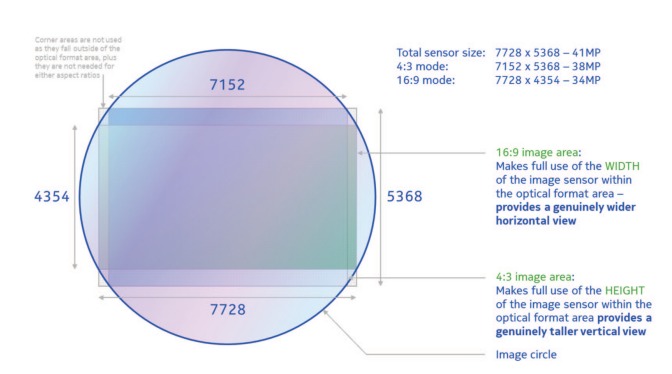 Now I'd argue that HP's implementation here is bending the truth a little more, since here we don't even have the left and right extremes of the sensor being used (most manufacturers would just say it had a '13MP' camera and be done with it!), but 10MP (as it is now) should still be fine for most people, once the image processing is up to par. Comments welcome, do you think I've misrepresented the HP Elite X3 sensor layout and do you think that the optical circle may in fact be larger and that a full 16MP is achievable? I'm not always right, you know....!

Regardless of all this, we should see more of the resolutions above appear in Windows 10 Camera as options in Settings in due course. Watch this space.

PS. Things are better on the video front, thankfully, in terms of options, with the stated video capture resolutions being (again ignoring trivial options):

In Windows 10 Camera on the HP Elite X3, the video settings currently offer:

...along with a variety of frame rates. Which is probably fine and I wouldn't expect to see further changes along these lines.

PPS. The claim to have OIS is unsubstantiated at present. The image processing is so terrible with current firmware that it's tough to tell the positive difference that OIS might make. I think OIS probably is present, but much more testing is needed.

Thanks to Clove for sending the review Elite X3 over - I can't recommend the X3 - at least, not yet, so go buy something else from them - a top company! Clove.co.uk, of course.