It won't have shocked anyone during the week when Webrox's (makers of Tubecast and other well known Windows 10 Mobile applications) CEO, Stéphane Graziano, was quoted on MSPU as saying that 'nobody cares' about the Microsoft Store and that the current situation is 'a disaster'. Unsurprising, I contend, because people use the desktop/laptop very differently to their phones. But although it's unlikely that PWAs could help Webrox, they could help bridge the gap for many others.

The problem for Webrox is that they were creating UWP applications that were largely mobile-focussed at a time when Microsoft was slamming the brakes on investment in Windows 10 Mobile - so it's really just a case of bad timing. There are still millions of W10M users out there, but there are never going to be hundreds of millions, let alone billions, i.e. a genuine mass market. So I wouldn't expect, given the YouTube client competition and even allowing for the unique 'cast' integration, sales of the likes of Tubecast to rise beyond a few thousand.

But the point that Stéphane makes is a valid one - on the Desktop (the principal SKU seen by most people in 2018), the Store is very much secondary to the average user experience. Whereas on Mobile, the app store is the place to go once a day to grab new 'stuff', on the Desktop most people set themselves up with their browser of choice (often Chrome, to Microsoft's chagrin), maybe grab a client for Spotify or iTunes from the Store or from the general web, maybe download the right version of Office, and then they're all set. With tunes playing and with a browser on-screen, just about everything they ever want to do is there, on the Internet. With a large display to work with, there's almost no need for 'apps'.

I've observed this in my own family, they just never - and I mean never - use the Store on their laptops. And I observe the same on my own desktop, an iMac, where I never, ever go into the Mac App Store. There's just no need, once I have the basics up and running. So this isn't just a Microsoft problem, it's just how things are in this browser-centric world. 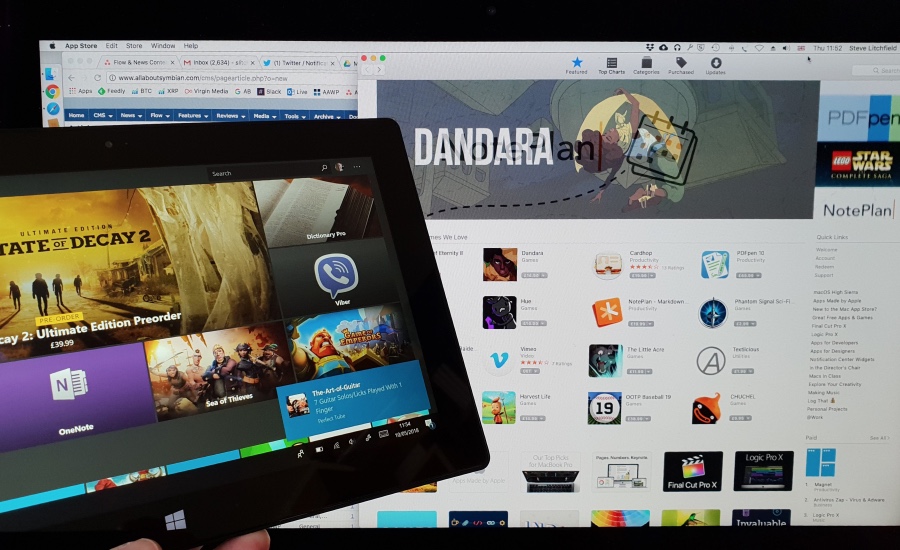 Desktop app stores are largely unvisited and un-appreciated - unfair, since a lot of work has gone into each of the Microsoft and Apple stores here - yet they're simply not needed most of the time on these form factors. As evidenced by - in the background - you can just see me working in the AAWP 'CMS' in Chrome, and with email and Twitter and Slack and more, all open in browser tabs. I just don't need 'apps' 99% of the time on the Desktop.

Many iOS and Android (and certainly even more Windows 10 Mobile) apps are just wrappers around content which exists in HTML5 format on the Internet - with text, images, javascript, forms, and so on. They might look slightly prettier and they might come up slightly faster in an an 'app' but the content is the same.

Which is where PWAs - Progressive Web Applications - come in, of course. Essentially packaged versions of web frameworks and with javascript gluing things together, these use the browser engine on each platform to render a combination of local and Internet HTML into a cohesive experience for the end user. And PWAs are applicable to all mobile platforms in almost equal measure, giving access to the same content and services as in the Desktop browser.

There are subtle differences and capabilities, of course. iOS presents limitations for PWAs and these are only gradually easing, while on Windows 10 Mobile, the Edge engine was frozen in terms of capabilities at the '1709' OS branch, and the background 'service workers' don't actually err... work. But on the whole PWAs offer a way for a developer to simply concentrate on the main web site and then trivial work lets them wrap/package this in PWA form for every user on every device - a very efficient way to work.

In fact, following their introduction of a PWA for all (in the USA only, initially), Starbucks shared at Build 2018 that they "doubled the number of people who used the website to place orders each day, with desktop users now ordering at about the same rate as mobile users." So PWAs are very definitely the way forward for any 'service' functions on the Internet, where you're accessing information or interacting, and where you want a similar experience on any size screen and with any interface.

It's ironic that back in the earliest days of smartphones (2005?), I was posting articles like 'there's a bookmark for that', looking at accomplishing lots on the wider Internet using specific URLs in the first smartphone web browsers. And when Apple launched the iPhone back in 2007 they had 'web applications' for at least the first year, again using wrappers around general Internet content.

Then the world went app-crazy with the mass market adoption of smartphones for the best part of a decade and now we're back to where we began - with so much content in our apps being Internet-hosted that the simplest thing for developers is to again package the web, in the form of PWAs. The number of sites which default to serving up the PWA when you visit them in a phone browser is growing fast, I've noticed.

Whether it's Twitter or Starbucks or SkyScanner or wherever, PWAs aren't a flash in the pan, they're: 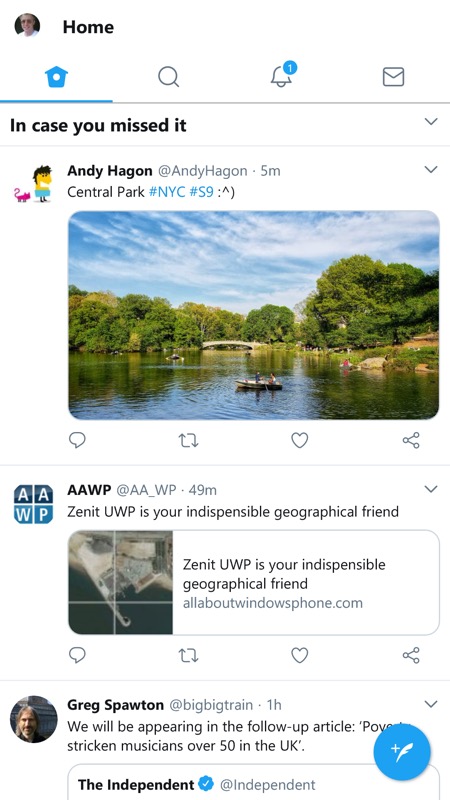 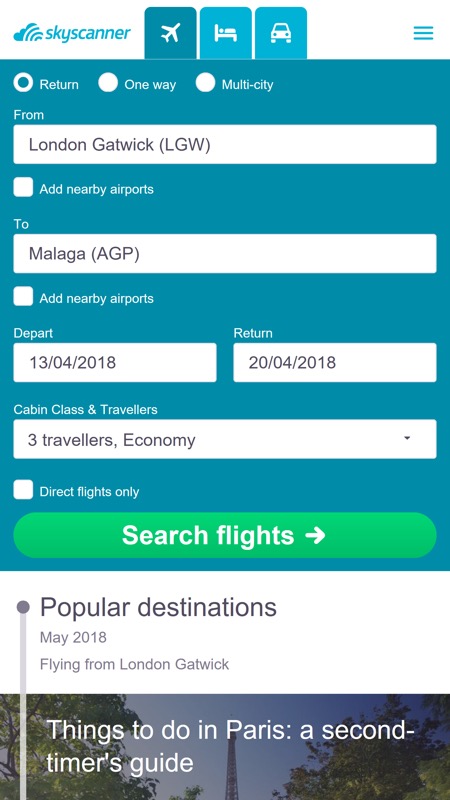 I'm rambling a little, of course, 'applications' often need to do things on a phone which are strictly local and which involve heavy user interaction, so traditional iOS, Android and - yes - Windows 10 UWP apps coded in C++ and F# and the like will continue to be needed. But you'll be seeing PWAs more and more. In the Stores, in browsers, and in the news.