The Lumia 950 and 950 XL were announced almost exactly three years ago, in October 2015. Not exactly to huge fanfare, and they needed six months of Windows 10 Mobile updates for the phones to really fly. And, for a short period, they were competitive with the best of iPhone and Android, but the pace of hardware development on the latter has been astonishing and unrelenting. Even imaging, the Lumia 950/XL's star feature, has now been overtaken. Where will it all end? 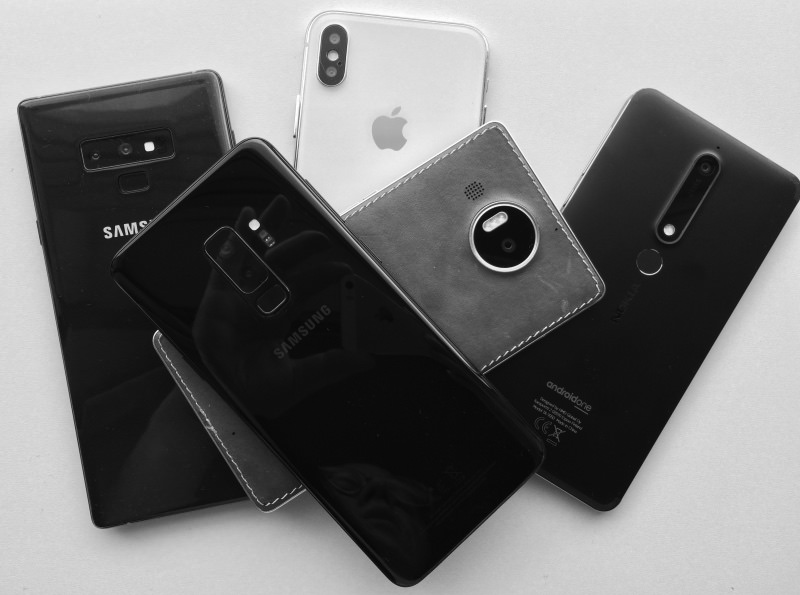 All of which is a roundabout way of saying that there's little point in still doing my traditional blow-by-blow comparisons of the last Lumias and even the Alcatal IDOL 4 Pro versus the new 2018 iPhones, Pixels, and so on. We've got to the point now where the core components in the Windows phones are now just out of date.

And beyond saving with outstanding imaging. True, I'm going to persist with camera shootouts, since the Lumia 950 XL can still hold its own on the whole, it's still there or thereabouts. So, for example, next week will see a shootout between the 950 Xl and iPhone Xs Max. But general specification and feature comparisons are starting to feel a bit desperate. Instead, I'd like to point to some of the recent and upcoming smartphone alternatives from the wider phone world and highlight their redeeming features.

So, from the perspective of a typical owner of a Lumia 950 XL, here are other options from the Android and iOS worlds, from the last few months and looking ahead until Christmas, and in rough chronological order:

A great option if you're on a budget, with good screen, speaker and camera - nothing's class leading, but it's definitely the pick of the sub £300 phones.

A terrific all rounder, super camera with telephoto option, insanely good display, very fast, and surprisingly great stereo speakers. The solid option if you're not sure what to jump to, and now available second hand at £500 or so?

With very 'stock' Android, this is the vanilla Android flagship to get if you're really not sure what else to buy and don't want to pay top whack.

Top of the heap in the Android world right now, with super capacitor S-Pen, loads of stylus features in addition to all the benefits of the S9+ above - what's not to love?

The biggest iPhone ever and now competitive with the best of Android, plus it matches the Lumia 950 XL form factor, for the AAWP audience. Top rated camera and processors.

A compromise (for Apple, rare) and 'affordable', though it'll still cost as much as most of the Android handsets here.

Much has been leaked of this already - it certainly won't get close to the Galaxy Note 9, but the Pixels remain the definitive Android reference devices, with earliest updates, and this is important to many.

The LG phones have a distinctive Android skin, but also many USPs, including best-in-class headphone audio and true wide angle cameras.

Huawei's flagships are usually highly specced, but they've cut quite a few basics in the last year or so. Expect a high end camera system and 'marmite' EMUI skin on Android.

That most of the specifications above are fairly similar and can be condensed so easily shows how commoditised smartphones have become. For most purposes it now doesn't matter much which Android or iOS phone you have, beyond a certain budget threshold, you'll still be able to do the same things. So it then comes down to size, audio and camera smarts, durability, and so on.

Of all the handsets above, the Galaxy Note 9 leaps out as to one most likely to appeal to readers here, with that huge unique selling point of the stylus. Given the touch-centric nature of Surface devices, with Surface Pen too, and even the Surface Dial, a phone like the Note 9 would seem the perfect fit. It's also the phone that does - literally - everything, ticking every specification box.

Comments welcome though. You'll probably be coming from a Lumia 950/XL or perhaps an Alcatel IDOL 4 Pro - which of the options above appeals most? One thing's for certain - you're spoiled for choice right now. I'm a phone reviewer and, for the first time in a decade, I'm genuinely finding it hard to keep up!

PS. It's worth noting that - against all the odds, the Windows 10 Mobile-powered Wileyfox Pro is still available, having come back into stock, and is only £80. So low end, but let it not be said that the age of new W10M sales is totally over!