One of the last great strongholds of Windows Phone and then Windows 10 Mobile is imaging, of course, thanks to the insane work done by the Nokia engineers in creating the Nokia 808 PureView, the Lumia 1020 and then the Lumia 950/XL (the latter under Microsoft branding). To such an extent that the Nokia 808 was five years ahead of the competition and even today the three year old Lumia 950 camera is beating off most of the 2018 competition. But PureView tech's creators have scattered, to Apple and Huawei notably, with Eero Salmelin heading up imaging for the latter and here's his latest creation, the Huawei Mate 20 Pro. 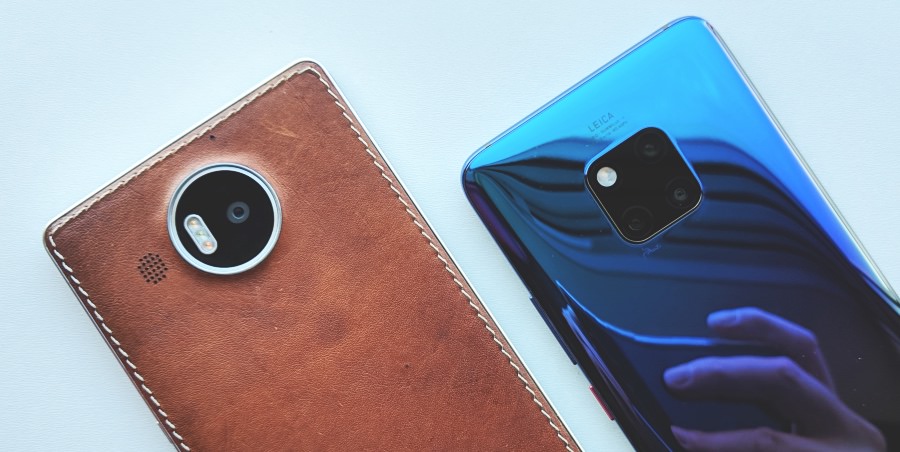 I should explain why this is 'part 1' - there's so much to talk about here and so many photo examples to cover (950 XL vs Mate 20 Pro) that I didn't want to cram them all into one huge 4000 word article (if only because I run the risk of breaking the AAWP content management system in terms of length!) So in part 1, I'll cover the tech used, with some analysis and some photo examples, and then part 2 will have the main comparators and the main body of test cases.

The story so far, though. You'll be very familiar with the Nokia 808 and Lumia 1020 - a 41MP sensor with 34MP working area at 16:9 aspect ratio, but oversampled down to 5MP output, with the idea that every pixel in the final image has been assembled from many pixels from the sensor, eliminating noise and uncertainty. The result, 'purer' images, hence the 'PureView' name. And, in parallel, smart cropping into this high resolution sensor mean that up to 2.5x truly lossless digital zoom could be achieved, and with no moving parts.

It's a wonderful system and used well in the 808 and 1020, though the former ultimately suffered by the other low phone specs and by the use of Symbian OS, which was nearing the end of its life. Plus the 808 was made before the days of BSI sensors and so it was very average in low light, despite the huge 1/1.2" sensor. While the 1020 was massively hampered by a slow and old chipset. The Lumia 950/XL solved much of this with more modern chipset and sensor, albeit at lower (20MP) underlying resolution, and remains the gold standard for 1:1 camera phone imaging.

But this wasn't the end for the 40MP sensor and computational photography. While Google was experimenting more with the latter (PureView phase 2?), Huawei, under Salmelin's imaging leadership, brought back a slimline 40MP sensor, used in a new configuration, but allied to other cameras on the same device, notably a stabilised 3x telephoto lens. In theory giving two different ways of achieving zoom and, through clever algorithms, a genuine 5x 'hybrid' zoom. All in a phone camera with no obvious moving parts and almost no camera 'hump'. 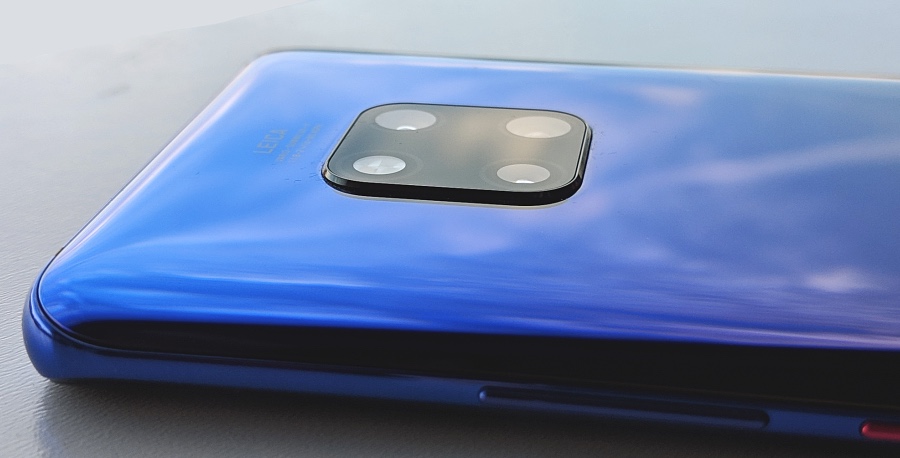 Let's start with the raw imaging specifications of the Huawei Mate 20 Pro, as they bear studying in detail:

From this mass of imaging data, the Mate 20 Pro typically outputs 10MP images at 4:3 - there's a 18.8:9 aspect ratio option too, to match the phone's screen, but this is too wide for general use. To get 10MP shots from a 40MP sensor obviously needs some pixel combination, but it's done in a slightly different way to the original Nokia PureView system.

Here, a 'quad-Bayer' arrangement means, as I understand it, that the colour filters in the 40MP sensor are in blocks of four, i.e. 2x2 grids of red, then the same for green and blue, etc. In good light, this arrangement can be filtered to provide an adjusted 40MP detailed photo, but most of the time, best results are by using each block of four as a single super-pixel, meaning great results in low light. And, when it comes to zooming, the same lossless zoom trick as from the 808 and 1020 can be used, so at least 2x genuine zoom, with colours at the pixel level constructed as needed.

Now, although this latter process seems sub-optimal in terms of accuracy, it's all backed up here by a genuine, stabilised 3x-lensed camera. And with the super-fast chipsets and GPU here, there's plenty of computational 'oomph' to combine zoomed results from both cameras to get better detail, better colour accuracy, and even 5x 'hybrid' zoom without too much interpolation needed. And it really does work, see the example below: 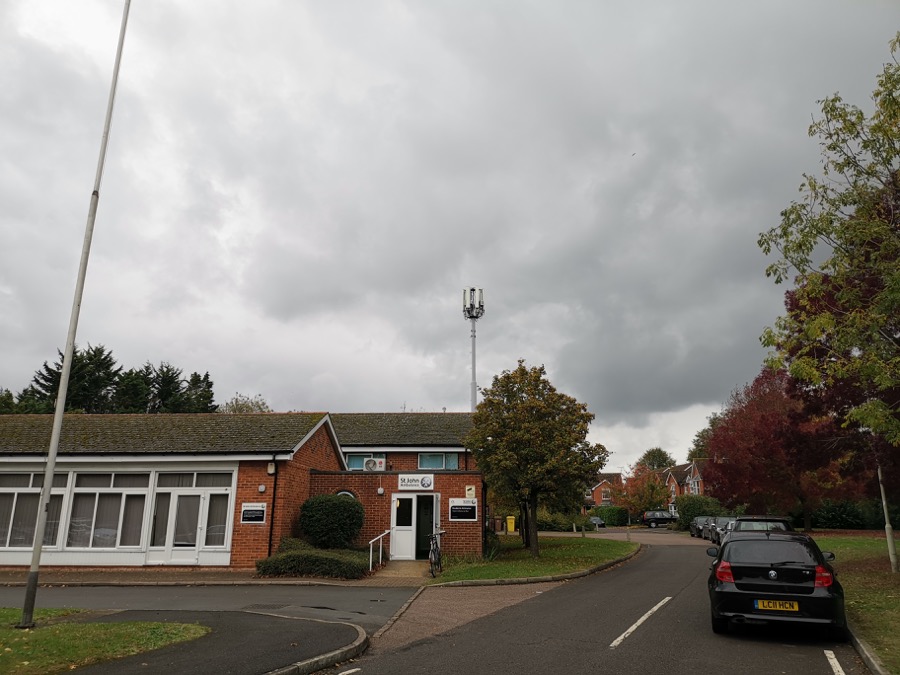 In gloomy and unkind lighting, here's a suburban scene, shot with the Mate 20 Pro, with a radio mast sticking out in the sky, about 50m away... 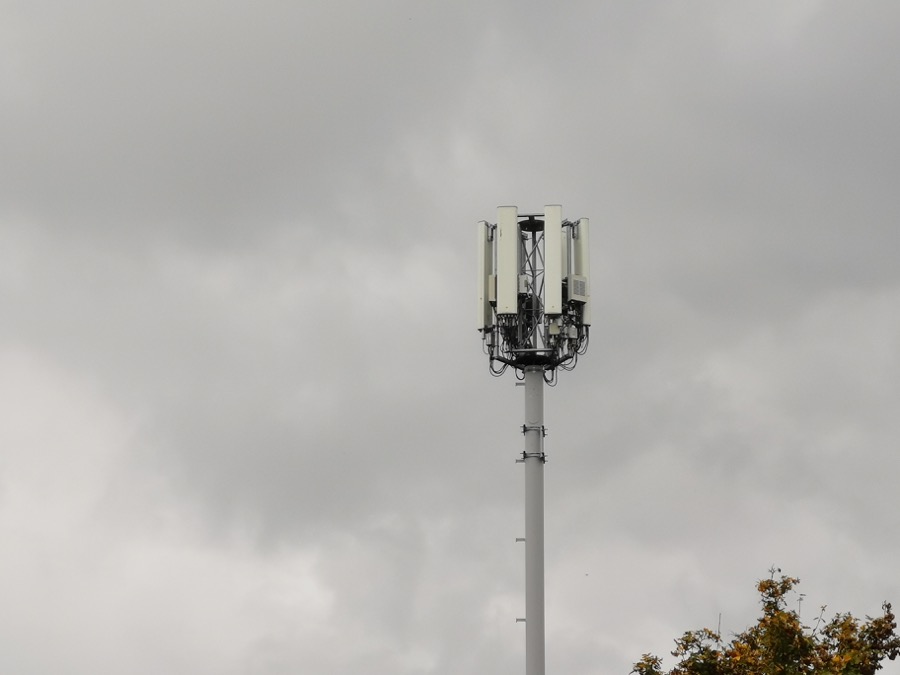 And here's the photo, resized for the web here, shot with 5x hybrid zoom (using both the main 40MP sensor and the 3x telephoto lens). 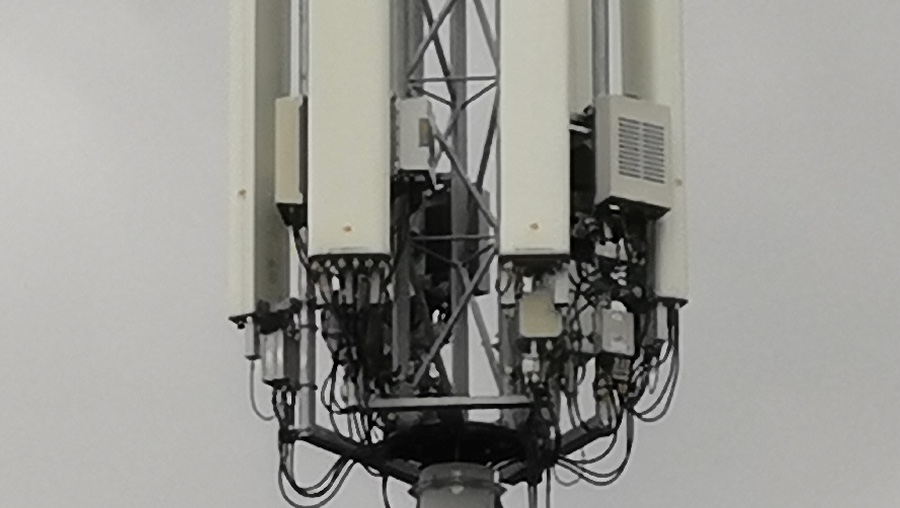 Finally, here's a 1:1 crop of the 5x hybrid zoomed photo. Yes, there are tiny sharpening artefacts at the pixel level, but considering the poor light and the zoom factor, the detail here - on a phone camera system, from 50m away - is amazing.

Now, it can be argued that Huawei went with the quad-Bayer (Sony) sensor because that's all that's available in 2018 - the sensors the old Nokias used are a) outdated, and b) no longer in production. But it seems to be working out just fine. Each block of four sensor pixels includes two made to be very sensitive to light and two made to be relatively insensitive. In this way, high dynamic range is - quite literally - built into the main sensor. Though Huawei goes further for the Mate 20 Pro with multi-frame combination as well, in the same manner as Google and others in 2018.

Put it all together and the Mate 20 Pro camera system should be more than a match for the classic Lumia 950 XL, the gold standard in imaging since the end of 2015. And, if you include zooming tests, it is. Part 2 of this feature will have more extensive test scenes shot with both phone cameras, but here's a teaser:

Lit only by the light from a side window in the church - and a lot darker than the phones make out here(!), so a real challenge in terms of colours, detail and light gathering, here is the scene as presented by the Lumia 950: 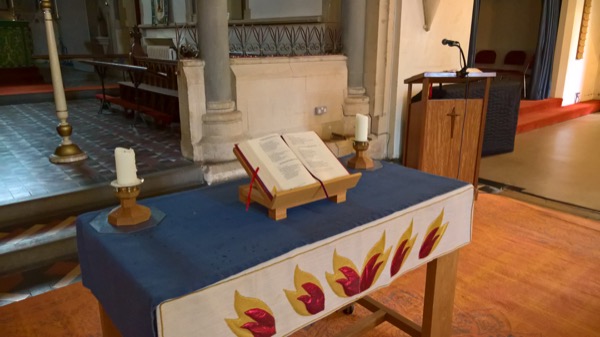 In case you want to grab the original images to do your own analysis, here they are, from the Lumia 950 XL and Mate 20 Pro, click the links to download. And to look at the images in more detail here, here are fairly central 1:1 crops, just wait to make sure the page has fully loaded and then use your mouse or trackpad pointer to compare the images: 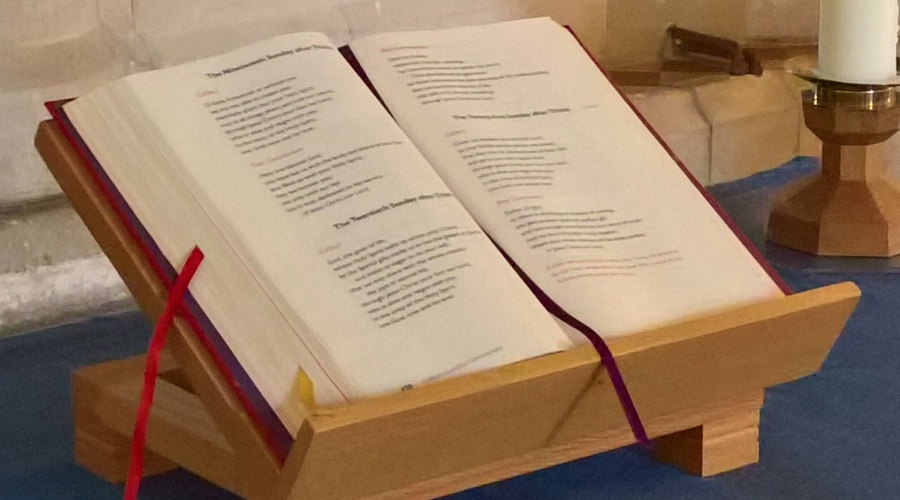 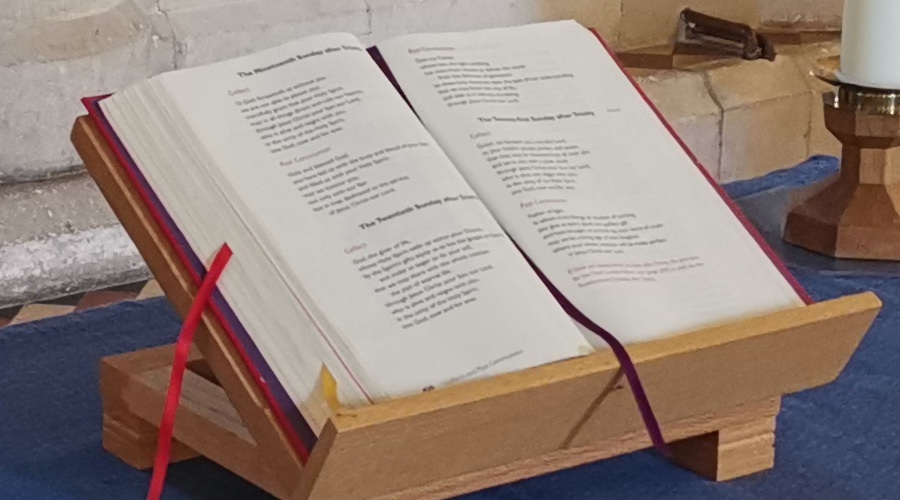 As this is just a teaser, I won't attempt too much analysis in this part 1, but I'll point out that the images are very, very close. The Mate 20 Pro's sharpening adds a little more detail, at the expense of looking a little more artificial, while the Lumia gets a natural image but with a slight yellow cast (as often happens). Honours even overall, and hopefully this will whet your appetite for part 2 of this feature!

It's going to be the biggest shootout I've ever attempted here on AAWP, in terms of test shots and light range. The use of the 3x and 5x zoom - not to mention the extra 0.6x ultra-wide angle lens for special effect, and the laser auto-focus - will take the Mate 20 Pro well past even the Lumia 950/XL range. But what will the margin be and what if you don't use zoom, has the Lumia finally been bettered for standard snaps in all light conditions? If you're a photography enthusiast and thinking of finally moving off Windows 10 Mobile then is the new Huawei flagship the one you've been waiting for?

You'll have to wait until Monday morning to find out! 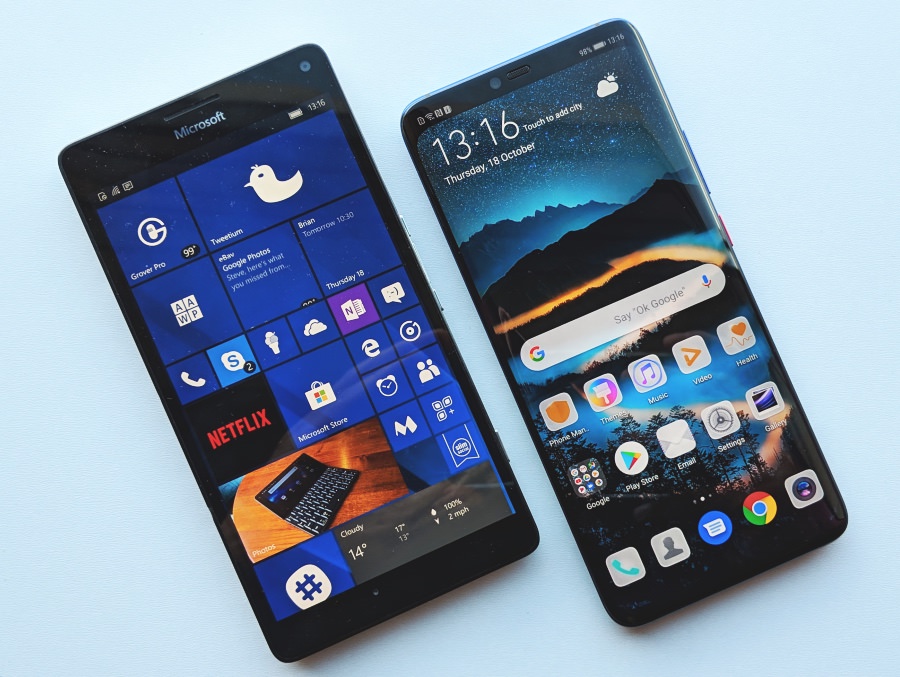