Autumn 2015, four years ago, saw Microsoft launch the Lumia 950 as part of an event in New York, with Panos Panay holding up the new phones and Bryan Roper demoing Continuum - all a little brief but there were also Surface devices to announce, so brevity could be forgiven. AAWP has been all over the Lumia 950 and 950 XL ever since, of course, covered in detail from many different angles and in many comparisons. But how well does the Lumia 950/XL hold up today as a smartphone, i.e. as a piece of hardware, perhaps (for once) leaving apps and service compatibility off to one side?

Let's start with the original promo video (long since left to lapse by Microsoft, but archived here on YouTube):

Pretty impressive still, I have to say. Doesn't the video make you still want to buy it?

Back in 2016 I looked in detail at the differences between the Lumia 950 and its XL sister and concluded that the smaller 950 was the one that came up trumps, at least for me, citing more standard button layout, solidity, higher quality speaker and slightly clearer display. And, three years later, I'm swayed in the same direction, with the added benefit that most modern smartphones are on the large side and the genuinely compact Lumia 950 is 'different'!

As a result, the comments below are principally with the Lumia 950 in mind, though of course a lot will also apply to the 950 XL.

Iris recognition was ahead of its time and, had it been faster and slightly less fiddly, then it might have really taken off. As it was, Samsung copied it but in parallel with capacitive fingerprint recognition, which turned out to be a dozen times faster and more reliable. Then Apple came along in 2017 with (an expensive) genuine laser-scanned Face ID and leap frogged everyone, arguably. But iris recognition still works to this day on Lumias, it's just a bit of a pain. What with not liking working through glasses (which I have) and the extra second or so's delay caused by Windows Hello, it always seems slightly more hassle than it's worth and a PIN is faster (or fingerprint sensor on the IDOL 4 Pro etc.)

Mind you, many modern phones are switching from fast capacitive fingerprint scanning to (spit) the inferior and slower in-screen optical and ultrasonic sensors, meaning that if you don't get on with these then you're back to camera-based face recognition (or, again, a PIN), at which point the Lumia 950 authentication really isn't that much slower.

As will be noted below under battery, Microsoft has never really tuned Windows 10 Mobile for speed in the way they did for Windows Phone before it. So the Windows 10 kernel running on, here, a Snapdragon 808 chipset, is never going to be blazingly fast. As a rough guide, 2019 smartphones running on, say, a Snapdragon 855 chipset, are around five times more powerful than those with an 808, in terms of processing and graphics. Imagine a Lumia 950 where touch interactions and the UI ran at five times the current speed and you'd be in the 2019 ballpark.

As a result, using the Lumia 950 under the latest Windows 10 Mobile branch 1709 requires some patience. Although swiping around within applications is smooth enough, there are also occasions - when launching applications or asking for some serious processing to take place - when you have to tap and then wait a couple of seconds while everything gets sorted out in RAM and display memory. So yes, patience and understanding are definitely needed.

The Nokia smartphones, since around 2010 and the launch of the E7, were all famous for having what they called "ClearBlack Display", a pair of circular polarising layers which dramatically improved display contrast outdoors - and Microsoft inherited this tech for the Lumias when it bought Nokia's Devices division. So the Lumia 950 also has 'CBD' - allied to its AMOLED QHD panel and the inherent colourful nature of Windows on phones, the upshot is that the 950's screen is as clear and vibrant as most flagships today, in 2019.

Admittedly there's the issue of bezels, with the centimetre top and bottom now largely gone on most Android flaghips, meaning that they can run to a 19.5:9 aspect ratio and thus have a larger screen diagonal for a given phone width. But the 16:9 screen on the Lumia 950 is still more than good enough, even today, I contend. 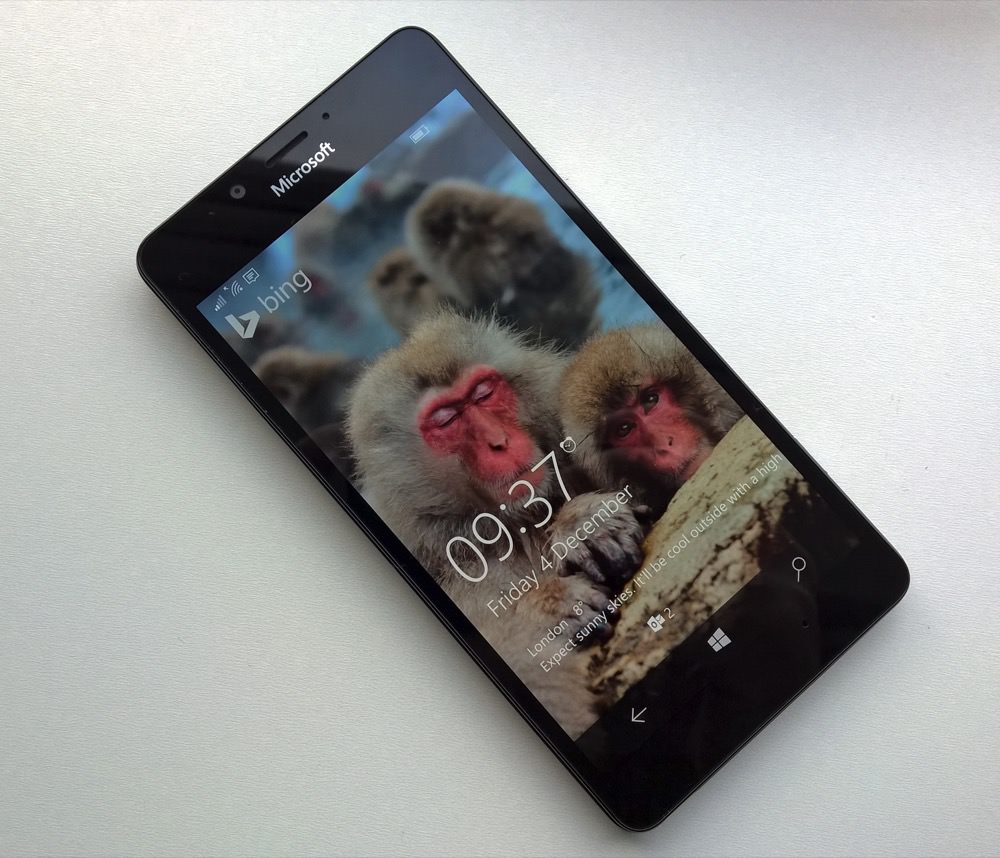 With most OSes now heading for full-screen, gesture-driven navigation, Windows 10 Mobile isn't in bad shape either, since the navigation controls are always dismissable (or brought back) with a swipe.

Finally, many Nokia smartphones have had Always On Displays (AODs) (mainly) since 2009 or so, and the Lumia 950 is no exception, with time, date, notification icons, detail about a particular app, and so on. AODs are now fairly common in the wider phone market, so this is yet another example of Nokia being ahead of the field and Microsoft acquiring the technology for the 950, and then still competitive with today's flagships.

One of my favourite improvements in modern flagship smartphones has been the introduction of stereo speakers - very atmospheric when you're snuggled down somewhere and wanting to watch a bit of a YouTube video or a movie, for example. Or just extra volume when playing podcasts. Not every modern phone has stereo here, but many do. Sadly the Lumia 950 just predates this trend (the Alcatel IDOL 4 Pro does well here, of course, plus also the HP Elite x3, both a year more modern), but the 950's mono speaker on the back is... 'OK'. Just about. It will do for podcasts or hearing human voice in a video, but it struggles for fidelity for music. In this manner, it's a product of its time and seems dated. (Note that the usual trick of fiddling with EQ helps with fidelity, but also reduces apparent volume.)

However, the Lumia 950 gets at least some points back by having a 3.5mm audio jack, something which many current flagships have dropped, forcing users who want wired audio (nothing to charge, no audio lag issues) to use annoying Type C (or Lightning) to 3.5mm adapters, which then get lost or damaged. So the same time factor that causes the 950's speaker to seem 'old' also sees it with a physical connector that's becoming rarer and rarer in 2019 and beyond.

As to sound quality through its internal DAC, output via the 3.5mm jack, it's pretty good. Not Alcatel IDOL 4 Pro levels of 'pro' audio, but good enough for most casual music lovers. 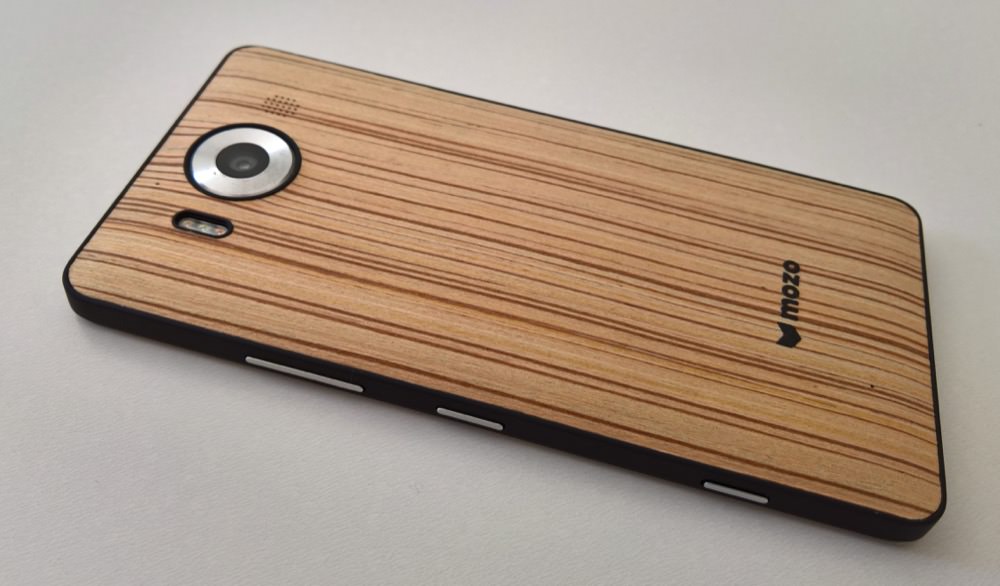 Anyone following my many phone camera comparisons of the last few years will know that the Lumia 950's camera system is still up in the mix with the best in the world, even at the end of 2019, four years after launch. Which is testimony to how much the ex-Nokia engineers at Microsoft got right in tuning its camera hardware. The combination of the ZEISS optics, the advanced OIS, the PureView oversampling down to 8MP, the super microphones for gig level stereo capture, all work to keep the 950 competitive today.

I'm loathe to give it 10/10 here because the multi-camera solutions of today (most flagships now have three separate pro-level lenses, from wide angle through to telephoto) do deliver greater flexibility. But I'm still going with a good score because none of today's phone cameras quite match the 950 in terms of sheer image quality in any lighting conditions.

Windows 10 Mobile hasn't exactly been tuned well for battery optimisation over the last four years. Jumping from OS branch to OS branch, with all optimisations benefitting the Desktop, Mobile has been overlooked a little, with the result that the Lumia 950 is often out of power by mid-afternoon, if used heavily. However, the 950 has a trump card in that it was one of the last smartphones in the world to ship with a user replaceable battery (the 2018 Wileyfox Pro, also running Windows 10 Mobile was another!)

As a result, you can not only put in a new battery if your old one is showing signs of reduced capacity (due to wear and tear) but also halfway through a really heavy day, i.e. slam in a fully charged battery and boot the phone and carry on. Now that's something you can't do on more than a handful of 2019 phones!

In fact, your biggest challenge will be finding viable spare batteries, since there are so many fakes for sale. Happily, PolarCell are reputable and make genuine, quality-controlled replacements, for the 950 there's one here on eBay Germany for 20 Euros.

Also in the Lumia 950's favour, of course, is that it followed Nokia's early lead in Qi wireless charging (started with the Lumia 920) and Qi is now very much a standard, used by almost every flagship smartphone and many wearables. Throw in 3A (15W) wired charging and the 950 was ahead of its time in 2015 and still competitive in this regard in 2019.

Along with a replaceable battery, of course, comes the ability to take the back off the Lumia 950. Which... also affects strength and resilience to water and dust, unfortunately. With water damage being one of the most common causes of real world disaster to phones, you can see why most manufacturers have gone for a sealed battery model, where the number of apertures into the phone can be tightly controlled!

So no water or dust resistance then, though in the 950's defence if water or dust do get in then in theory it's utterly trivial to tear the phone down to a few boards and components and dry them all out in the airing cupboard! So swings and roundabouts... 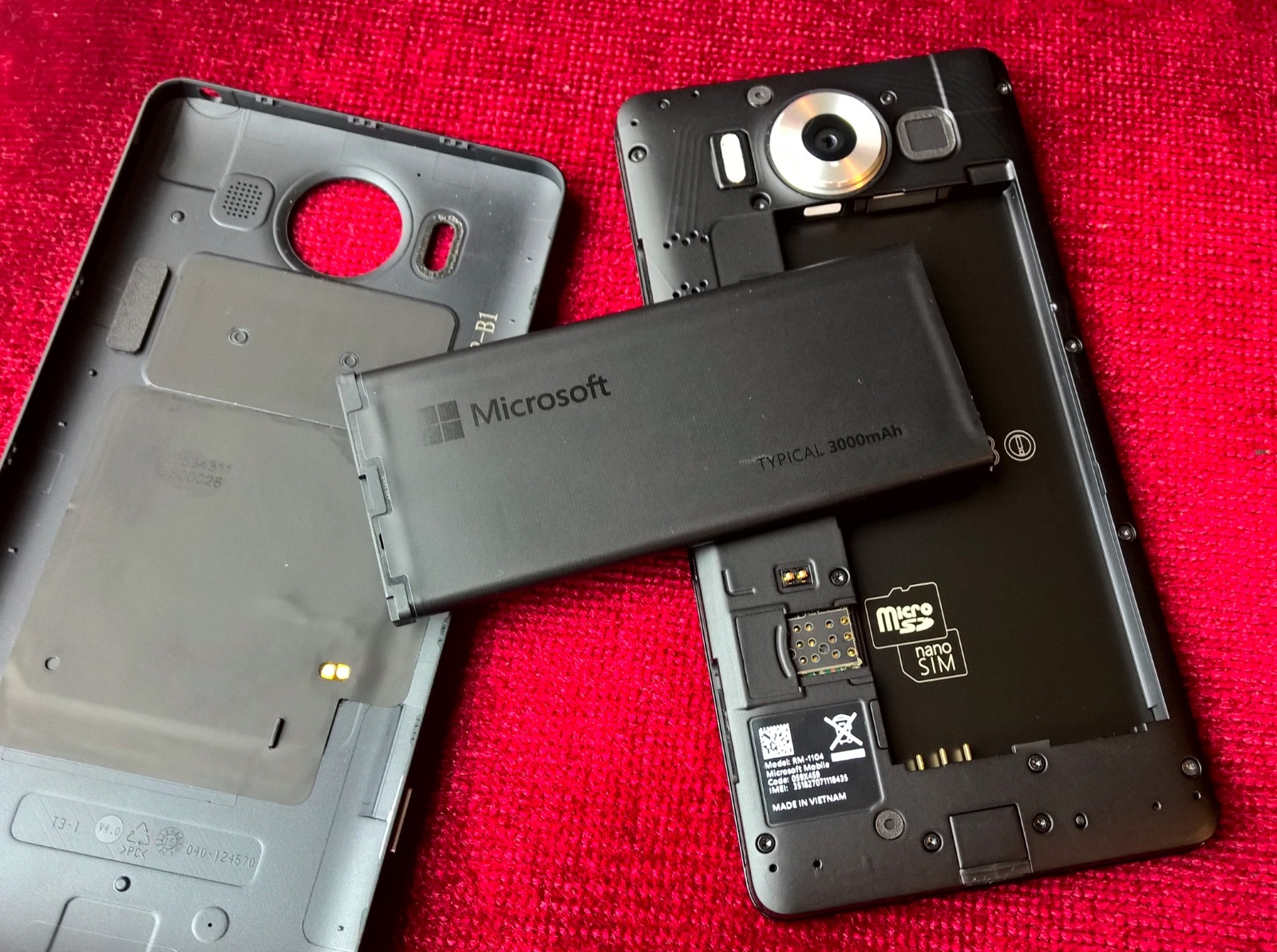 Similarly, if a single component fails - such as the USB Type C port or speaker or (shock) the camera - all are, if you know where to look, available online as spare parts and are relatively easy to replace if you're handy with a set of Torx screwdrivers and have good eye-sight(!)

Finally, for extra points, the (these days) unique facility to simply put on a replacement back cover (complete with Qi coil and NFC antenna) means that damage and wear to the back and sides can be side-stepped completely.

With an average score of over 8/10 above, the four year old Lumia 950 fares jolly well, in my opinion, even in 2015, at least in terms of hardware, against the faster but in some ways less flexible and capable modern competition.

However, there's a lot more to a smartphone than useful hardware, of course - software and applications are key and this is where the Lumia 950 (and other Windows 10 Mobile-running hardware) falls down. There's nothing intrinsically awful about Windows 10 Mobile - in fact, there are plenty of 'pros', but its development was, ultimately stunted after 2016 and as a result it has fallen well behind Android and iOS in terms of compatibility with payment systems, Internet of things, general accessories, and even Internet services themselves, with major sites less accessible than one would like.

Which is where that 8+ out of 10 score gets dragged down to, shall we say, a '6'? But let's remember the 950 fondly anyway, with my four year retrospective hat on - it's still a useful tool and I've heard in the last three months from many people who still use the 950 (or the 950 XL) as their daily smartphone, regardless of present day caveats.

So, raise a glass to the Lumia 950, a unique piece of hardware in the modern world - and it breaks my heart to see one go up for sale sometimes in second hand forums for £50 or so, often with no takers. It's worth an AWFUL lot more than this!