Save HUNDREDS of pounds in the Store! (ps. not really)

Forgive a little rant, but I thought my general level of 'cross-ness' over the behaviour shown below might a) help guilty developers mend their ways, and b) attract your attention to what I consider to be shady practice when getting users to download applications from the Microsoft Store. PS. This news post is normally £399 to read, but today it's absolutely free!!

We have a shop near us in Reading, UK. It sells tiles and other bathroom furnishings and it's a pretty good store generally. But outside is a sign proclaiming: 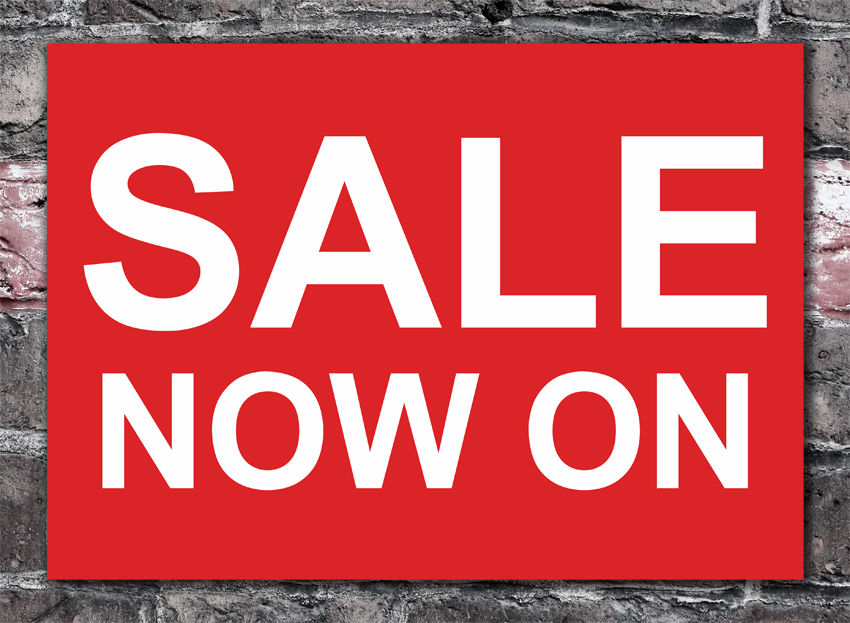 "So what?", I hear you say. The thing is that this sale sign has been there since we moved to the area, 24 years ago! So the sale has basically been on for a quarter of a century! I guess, technically, the items on sale must be changing and that they're not breaking any laws, but.... it's a bit misleading.

And much the same applies to a growing number of items in the Microsoft Store (for example on Windows 10 Mobile, though I think the developers are aiming to catch out desktop users mainly...) Developers have had the ability to reduce prices for a short season on the Store since the beginning. So, for example, something that normally costs £7.49 is 'on sale' for 30 days for £1.49 - and that's a great reason to pick the application or game up if you've been eyeing it up anyway. It's a win win, for developers and users.

The sale reduction looks sensible and believable and there's zero deception involved. £7.49 is a commercial price for an application or game which is fully working and with no ads or essential in-app-purchases. And you're getting the full caboodle for a bargain price. What's not to love?

Turning back to retail, you'll recognise another scenario. In a shop (online or physical) you'll see an item that should be, say, £50, i.e. that's the street price and one which sounds about right in terms of value for money. And in the shop you'll see "Was £99.99, now only £49.99!!!!" So, in the end, the price of the item is right, but you know and I know that the £99.99 'original' price was completely inflated and artificial. It's just.... a marketing trick.

Right, back to the Microsoft Store on your phone. Here's the thing. Over the last year I've spotted the behaviour below. Applications promising utterly ridiculous original prices that no one in their right mind would ever have considered paying, but with the price struck out and 'Free' quoted. And permanently so. Zero intention of the original (or indeed any price) being valid then. And with "Offers in-app purchases" in small print: 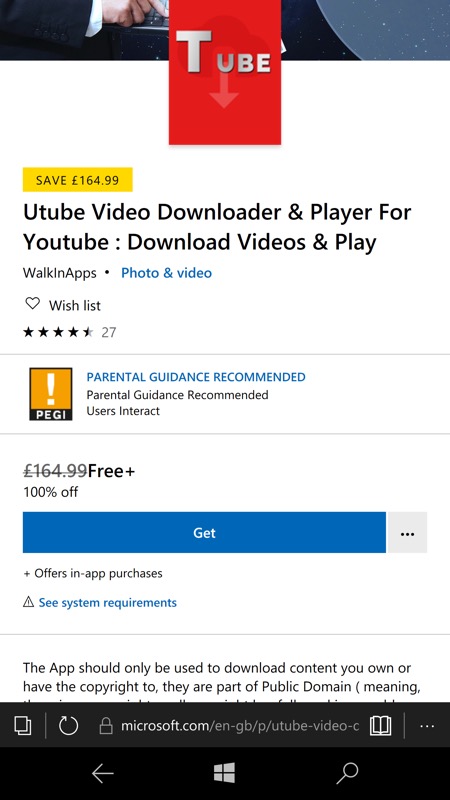 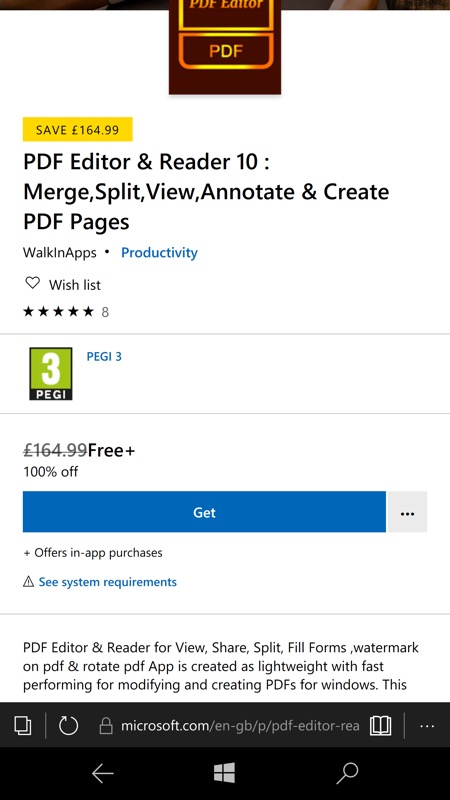 Now don't get me wrong, I'm all for applications which are free to download and then with IAPs (In App Purchases) to enable premium functions. Yes, they can sometimes be annoying, but the developer deserves to be paid and at least it's (usually) clear what you're getting for the IAP quoted. But what's this "Was £165, now free!" story all about? And it's not just one developer, either. Here are other examples: 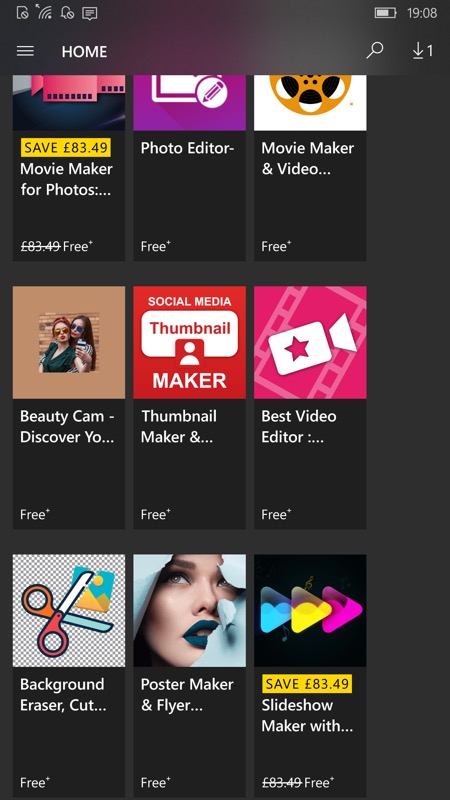 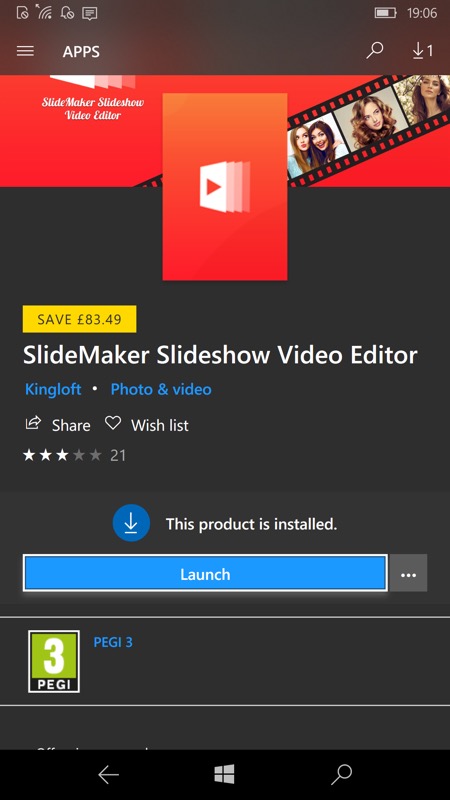 As with the 'Sale' stories above, this behaviour in the Store isn't breaking any Microsoft rules, I'm sure. But it's... not playing cricket, to use a British cliché. And I'd like to point out to any developers who have followed through and are reading this now - I've never reviewed, plugged or listed any such application here on AAWP or on other channels.

Much as I routinely slam, with undisguised bile, games with stupid £100 IAPs, I completely ignore such titles. My gut feel is that the developer is trying to 'pull a fast one' and that if they can't be trusted to list their application properly in the Store then I won't trust them to deliver me bits and bytes for installation on my phone. Or those of readers.

Data points welcome though. Have you spotted many more of these in the Store? Do you also instinctively pull away? Or have you installed one and was it, as I suspect, some sham wrapper for an online service or other trivial code that only exists to extort money?

And if such a developer (WalkinApps and Kingloft quoted above) wants to respond, why do you put in these phony offers? Why not just price your application as free from the start with reasonable IAPs?

Filed: Home > Features > Save HUNDREDS of pounds in the Store! (ps. not really)