Astro-what? Shooting for the stars - don't get your hopes up!

You may have noticed that when Google launched the Pixel 4 series recently, it emphasised the 'astrophotography' capability. Essentially, when the phone's mounted in a tripod of some kind (and thus not moving), the software switches into 'astrophotography' mode and allows exposures (presumably at crazy low ISO) of up to four minutes. Does this work? And what happens if you try the same on an iPhone 11 Pro? Or even... a Lumia 950? In short, don't get your hopes up for any of them! 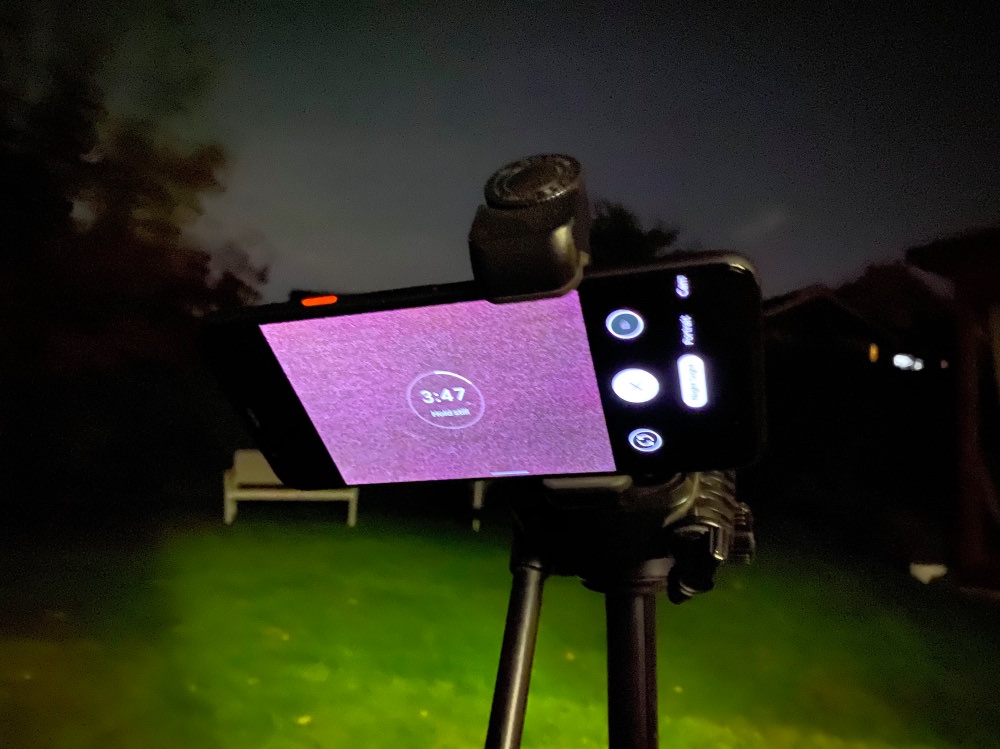 The Pixel 4 XL, on a tripod, in the middle of a four minute exposure!

This is all a little niche, but I couldn't help but shoot a comparison shot on a cold and clear night in the UK, in Autumn. To my eyes, I could only pick out a handful of stars, not least because I wasn't prepared to stay out in the cold for half an hour so that my eyes adjusted further. But also because I live near Reading, a major city in the UK, and there's substantial 'noise pollution'.

At which point I should summarise the major stumbling blocks in the whole concept:

There, that's dampened your enthusiasm a little, I'll warrant?!

Still, there's a bit of geek cool in having a go, so that's what I did. Using a tripod mount/grip for each and using the longest exposures each software solution allowed, I pointed the phones upwards and did my best.

Don't expect miracles, but in order of effectiveness we have:

Here's the overall image taken in a four second exposure, the longest the manual mode allows (and with ISO set to its minimum of 50): 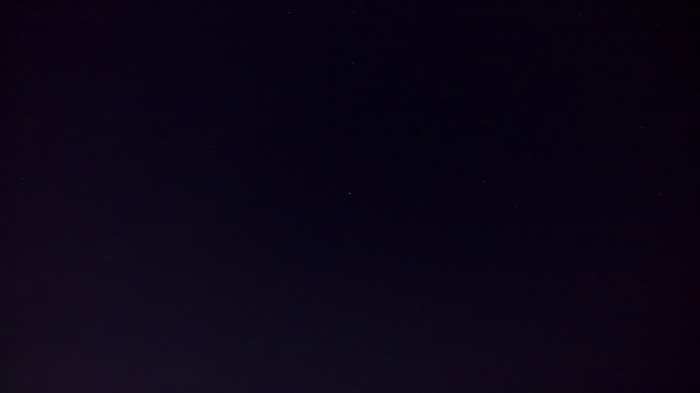 You'll note immediately that it's essentially black, with just a few small points of light for the brightest stars, even on a 4s exposure. Yes, this is how dark the sky really seemed to my eyes, but in the context of an article on 'astrophotography' I guess it's a failure.

[update] As you'll see in the comments below, it's been suggested that I should have left the ISO alone! The UK is cloudy for the next few days, so feel free to email in (slitchfield@gmail.com) any 4s exposures of the night sky taken with a Lumia 950 in your country and I'll consider adding them here. I did try another attempt in a mainly cloudy, but equally dark, sky just now with the Lumia 950 XL on auto-ISO and it ended up at 400. The next chance I get with no cloud I'll try again and - hopefully - gather eight times the light without too much noise or lightening!

Looking at 1:1, for completeness:

...there's not much more to be seen and, interestingly, the stars do appear to be streaked a little. This shows the movement of the night sky due to the Earth's rotation in even just those four seconds. Which is also pretty cool.

The iPhone 11 Pro now has an optional 30 second maximum exposure in its Night mode - you have to manually scroll through the exposure slider - and this also does auto-alignment of the images captured, essentially eliminating any movement of the stars in the sky, since software resets everything in the scene to be motionless. 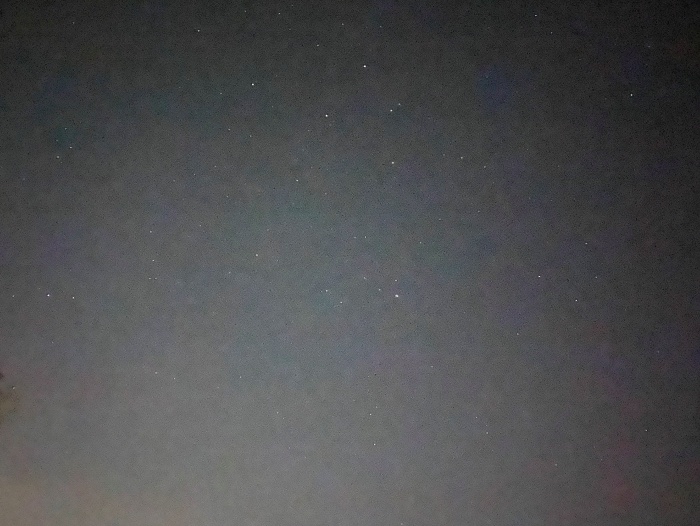 So we're getting somewhere in terms of capturing more stars, but at the expense of reflected light in the atmosphere from urban lights nearby. So mixed success, I think. Here's a 1:1 crop:

Ouch. The iPhone's Night mode is clearly optimised for more earthly things - it's brilliant on night time street scenes and urban landscapes. But the algorithms can't really cope with the nothingness of space, which is - apparently - really dark and really big!

Ah yes, the reason for this article. Google put in a special 'astrophotography' mode into the Pixel 4 XL camera, wherein it detects when it's on a tripod in really dark conditions and then optimises everything to capture stars. To the extent that it allows a whopping four minute exposure (not a constant exposure, but many shorter ones, which then get aligned). Here's my best effort: 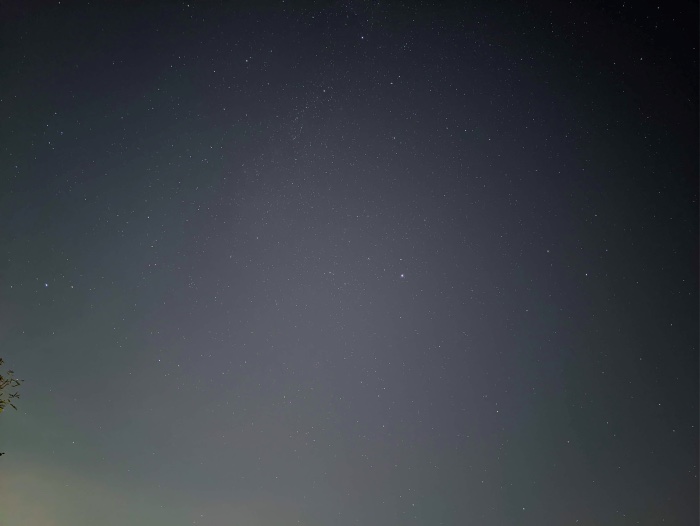 To be honest, at first glance this isn't massively better the iPhone's 30 second attempt, but closer inspection shows that there is a lot better control over noise, showing that there is genuine optimisation for this specific use case. Here's a 1:1 crop:

Stars may be blurry specks here, but there are more of them and they're set against a largely black backdrop, which is also good. So yes, I can confirm that the Pixel 4 series does a neat line in basic, really basic 'astrophotography'.

But... take a look at the actual detail present even in the Pixel 4 shot - it's not exactly useable at full resolution, while there are - literally - millions of other photos of the exact same night sky, the same constellations, online, all of higher quality. So, ultimately, what's the point?

For most of us, the end goal might be to shoot a night time landscape of a holiday destination, or loved ones on a restaurant balcony late in the evening, that sort of thing, with the hope that a few twinkly stars might adorn the background and add atmosphere. And any decent flagship smartphone camera with OIS should manage there, without a tripod. Even if - in the Lumia's case - it was made four years ago!

Filed: Home > Features > Astro-what? Shooting for the stars - don't get your hopes up!