Lumia Camera stabilisation but NOT at 1080/60fps - who knew?

Just a quick thing, but after four years of the Lumia 950's existence, I only just realised something - and I figured that if it were new to me then it might be to you too. You see, I knew that when shooting video on the 950, going to 4K (2160p) capture would scotch any digital/software stabilisation since there's just too much data for this 2015 phone's hardware to handle. But I always assumed that the (optional) digital stabilisation would work at 60fps - and it seems not. Maybe this too is too much for the Snapdragon 808/810's chipset to handle?

Oddly, the Lumia 950's Camera application lets you toggle 'digital video stabilisation' to 'auto'/on (see comments in Disqus below!), regardless of the resolution and frame rate chosen: 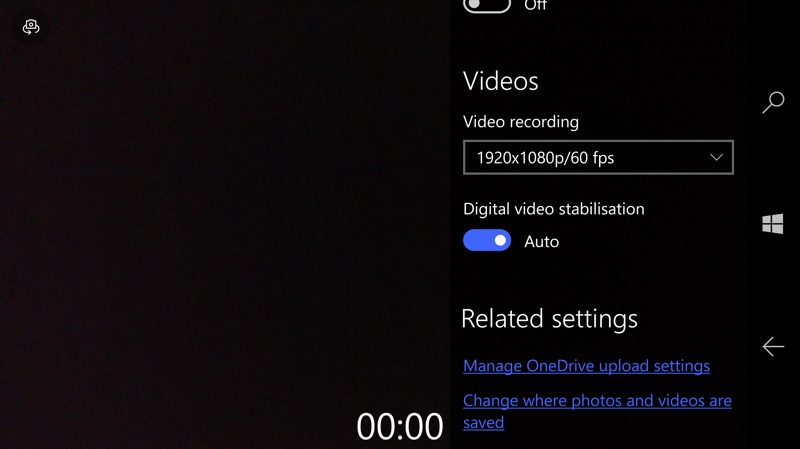 Surely it would have been better to automatically disable this option at non-supported resolutions and rates? And have an explanatory pop-up if you try and re-enable it again?

Here's a quick video demo, anyway, for your general edification(!) As usual, click through to see original 1080p quality, etc.

Did you know this already? Was it just me being a bit stupid?! Comments welcome below...

My gut feel on most phone cameras is still to shoot at 1080p/30fps anyway, since this gives the maximum chance for digital aids to leap in, while staying within the comfort zone for the vast majority of people likely to watch ths video. For example, I did the video below for iPhoneHacks the other day, comparing stabilisation and zoom for the new Pixel 4 XL and iPhone 11 Pro, both of which are probably on your 'to consider' list when replacing a 950:

The Lumia just about keeps up with both of these at 1080p/30, but once you go to 60fps, you lose the software stabilisation, while the Pixel 4 XL and iPhone 11 Pro have chipsets that are magnitudes more capable in terms of pixel processing and can stabilise digitally even at 4K.

Just a case of technology moving on, really. Just as the Lumia 950's camera was easily class leading in 2015, four years of chipset improvement plus the possibilities for exposure stacking and other computational techniques have means that it's now falling behind in both stills (though less so) and video capture.

Oh well. I hope the short video samples are interesting to you anyway!

PS. I did shoot the P4/iPhone test sequences above with the 950 too, but at 1080p/60fps, which is.... where I find out about the stabilisation limitation! Which means I've not got to go back and do more testing but staying at 30fps!