How to: Drag and drop files between Windows 10 Mobile and an Apple Mac

Back in the day (2016), with a little effort it was possible to get Apple Macs talking with Windows Phone 8.x devices. But Mac OS has moved on, Windows Phone evolved (in a way) to Windows 10 Mobile and I'd given up on getting a reliable wired conduit between the two systems ever again. However, it's 2020 and there's a simple and free way to have it all working again. Which I (ahem) stumbled on by sheer chance.

Now, I've known the theory behind this for ages. Windows phone devices (of any era) present a MTP (Media Transport/Transfer Protocol) interface to any connected desktop. The idea being that the desktop (a Windows PC is the intention) then mounts the phone in its file system for the purposes of dragging and dropping media files/documents to the phone or from the phone. And it's worked perfectly with Windows on both ends for a decade, not surprising since MTP itself was a Microsoft invention in the first place!

In the parallel world of Android phones, most of these default to 'charging only' when you plug them into a desktop of any kind - and there's an onus on the user to swipe down and then change the USB mode to 'Transfer files'. That done, these Android phones then also present a MTP interface. On a Windows PC, this is usually enough to have the Android phone appear in Windows Explorer and you're away.

On an Apple Mac, things are different in that there's no native MTP support (again, the protocol is a Microsoft-invented thing) so you have to install a small Google utility, Android File Transfer (AFT), and this runs with a drag and drop interface for anything you have connected. So you typically plug in your Samsung Galaxy or Pixel or similar, set the USB mode on the phone and then you're away, dragging and dropping media/documents in both directions, phone to Mac and back again. It's a little glitchy (you sometimes need to plug in a couple of times) but it works on the whole. 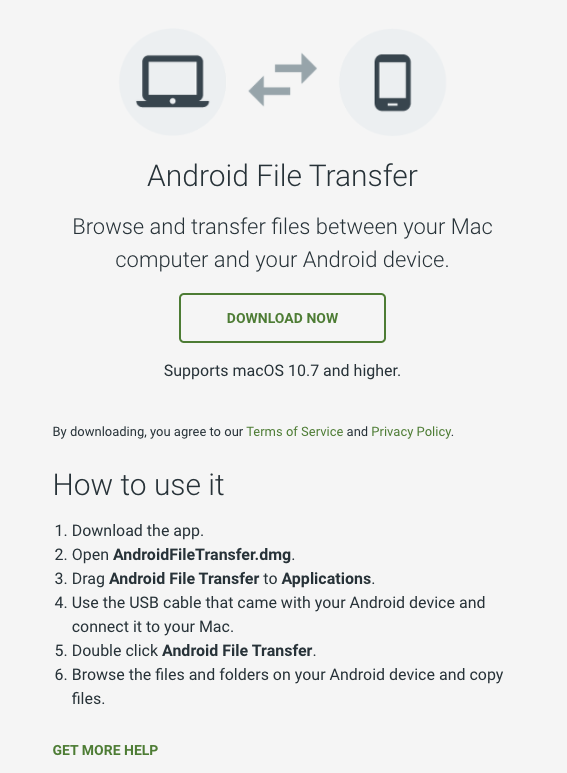 'But wait', I hear your mind click into gear, 'if Android File Transfer (AFT) adds MTP to the Mac then surely it will also work with Windows phones?' In theory, yes, though it hasn't until now. Up until Mac OS Catalina, if you plugged in a Lumia to a Mac then AFT (if installed) launched but clicking on any of the reported folders in the phone just popped up an error.

This changes with the latest Mac OS release, though. I plugged in my Lumia 950 XL into my Mac to give it a top up charge (my Qi pads already being occupied on my desk) and saw AFT kick into gear as usual. Without any real hope I clicked on a reported folder in the phone and was astounded to see that I now had full access. And, over the last 48 hours, I've been plugging in various Lumias over Type C and microUSB and all have worked.

Interestingly, plugging the same phones into my old Macbook running 'Mojave', the previous release, gave a non-functional Android File Transfer, backing up the theory that something's changed under the hood in Catalina to somehow improve MTP access. 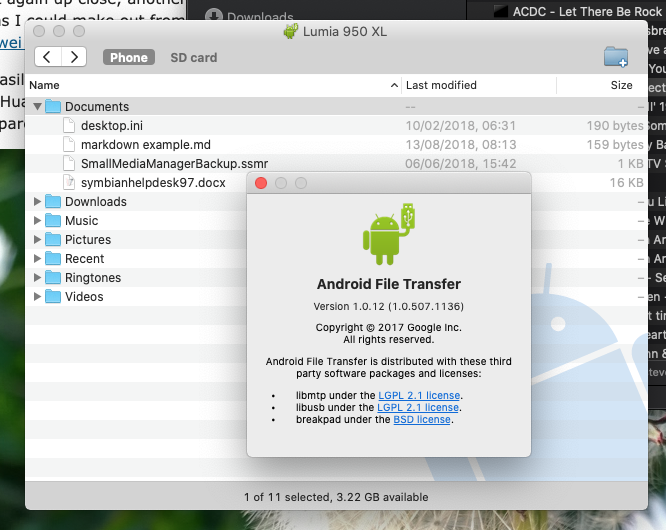 Hopefully any reader with an up to date Mac/Macbook can verify all this for themselves though. I do have a few tips: 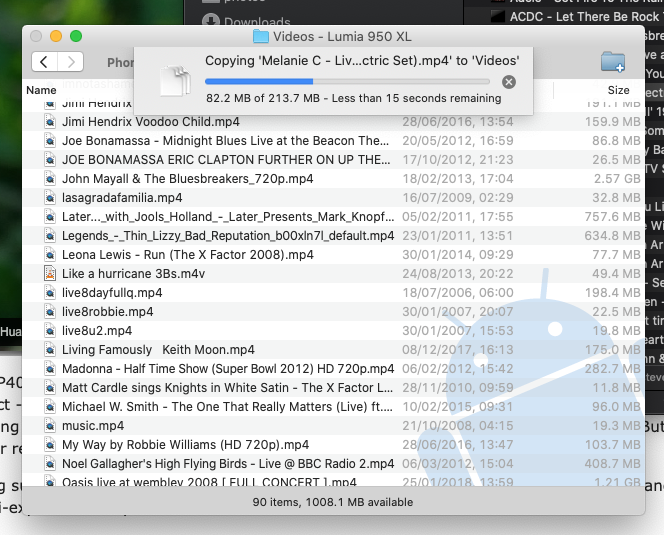 It's possible that there's more at work than fixes in Catalina, so I'd welcome data points. All I know is that my Lumias now plug into my Mac, saving me having to upload and download media from the cloud or fiddle about with microSD reader gadgets!

Let me know how you get on!

Filed: Home > Features > How to: Drag and drop files between Windows 10 Mobile and an Apple Mac