Rain in the City: and other wallpaper packs - on Windows 10 Mobile

If you've ever seen Microsoft's rather wonderful themed Windows 10 wallpaper packs announced in news and wished they were available for Windows 10 Mobile then don't worry, they're easy to transplant onto a Lumia too. True, the Store description says 'These images are to be used as desktop wallpaper only', but this is to prevent commercial re-use. For 'desktop wallpaper' here, read 'Windows 10 device wallpaper', and that includes 'Mobile'. At least if you're happy navigating through disk folders to find the relevant JPG files!

Microsoft puts a lot of effort into finding - and purchasing, usually from Getty Images - suitable images for background (as in lockscreen or desktop) use, so it's understandable that some restrictions should be put in place. But there's no intention to prevent Windows phone users from also using the same wallpaper files. And it's really not too tricky.

1. Install the wallpaper theme pack you want on your Windows 10 (desktop/laptop/hybrid) PC

If you're not sure what's available, then in Store on your PC, scroll down on its home pane until you see 'Windows Themes'. There's a lot in there, so just pick something you fancy and then 'Install' it. (After installation, you can optionally set the wallpaper pack as your Desktop theme in Settings in the usual way. If you're not sure how to do this then just 'Apply' the pack from Store and you'll be taken to the right dialog in Settings.) 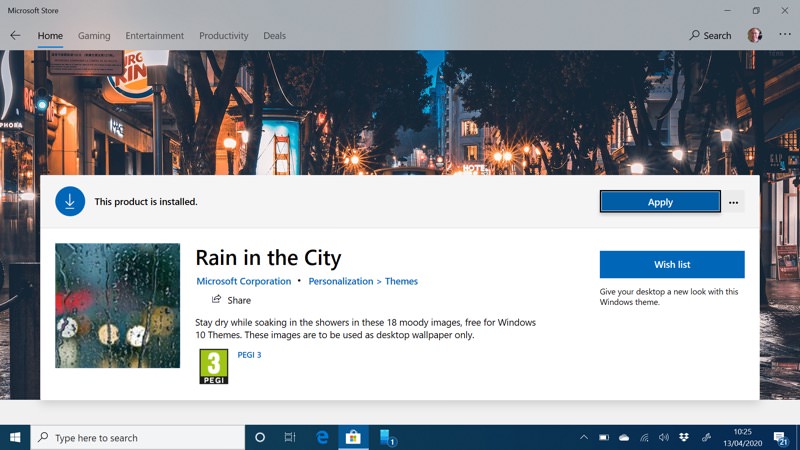 There are LOADS of free premium wallpaper packs in the Windows 10 Store. Here's the latest... 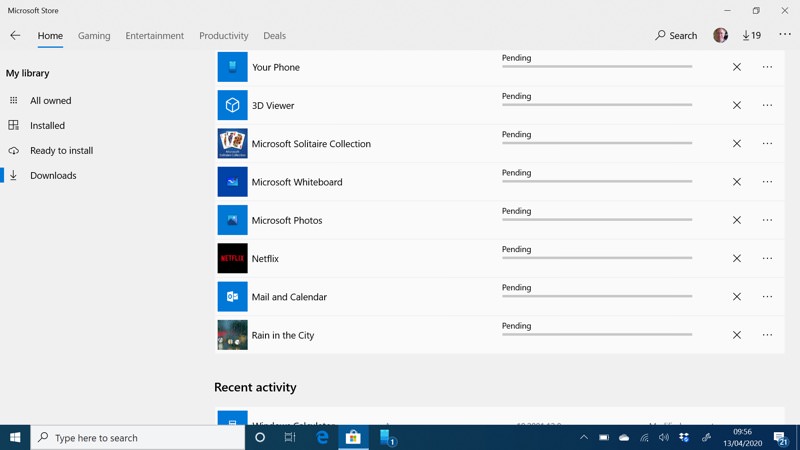 Updating apps in the Windows 10 Store, note that I'm installing 'Rain in the City', highlighted above, the most recent official Microsoft Desktop wallpaper theme pack... 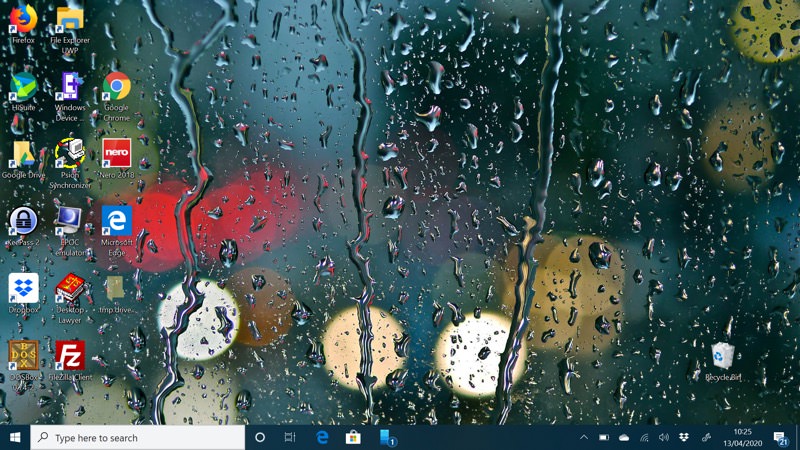 You don't have to actually set a wallpaper on the Desktop in order to get at its files, but I applied and set it anyway. Arty, eh?(!)

This is the only real technical challenge, as it involves delving deep down into a folder structure in Windows Explorer (or any other file manager of your choice on Windows 10). You'll find the new wallpaper images under:

Which sounds dauntingly long, but it's only a few mouse clicks and you'll soon be staring at thumbnails of the wallpaper images. 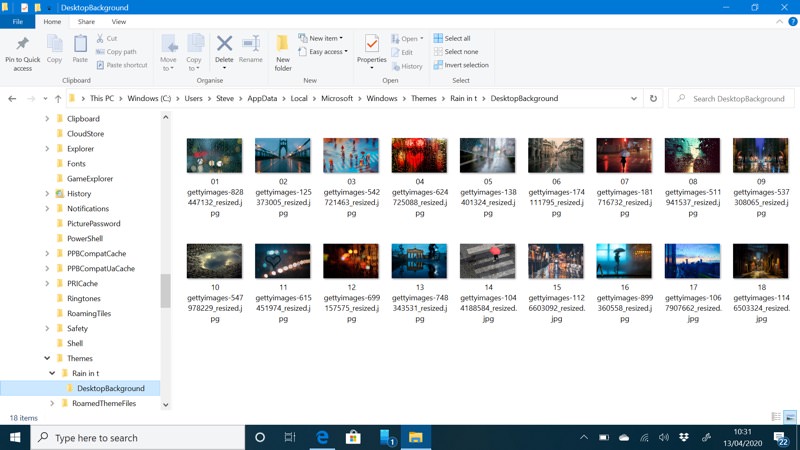 A little browsing in Windows Explorer and here are all the available JPGs in the wallpaper pack...

3. Copy one or more of the images to your Windows 10 phone

How you do this is up to you and depends on how you normally shuffle content across. I covered this for Macs here a couple of days ago, but you can equally well drag and drop in Windows Explorer directly onto a connected Windows phone. Or you can go via OneDrive, just as easy and doesn't involve wires. In each case, just put the wallpaper JPG files somewhere you'll easily find again, such as the 'Pictures' folder  on the internal drive of the phone. 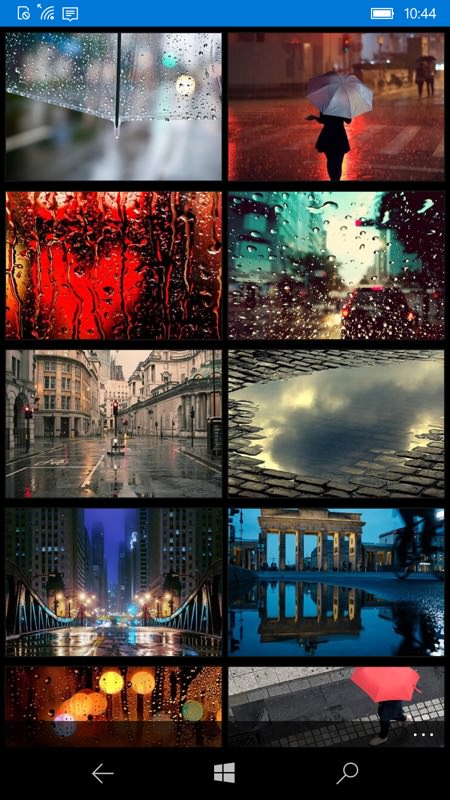 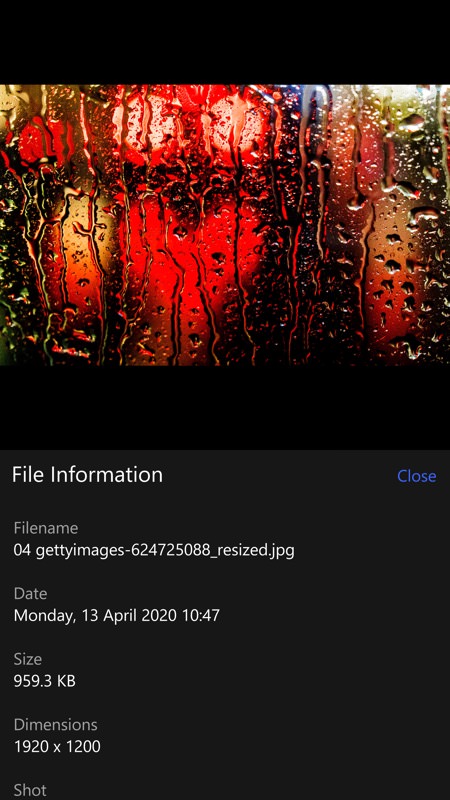 I chose to go through OneDrive, since we're only talking images, they're not huge. Here I'm browsing the wallpapers in a OneDrive folder... and (later) looking at one of them in Windows 10 Photos on my Lumia 950 XL, here in the 'Information' view. Note the desktop (landscape) resolution, we'll come to that below. 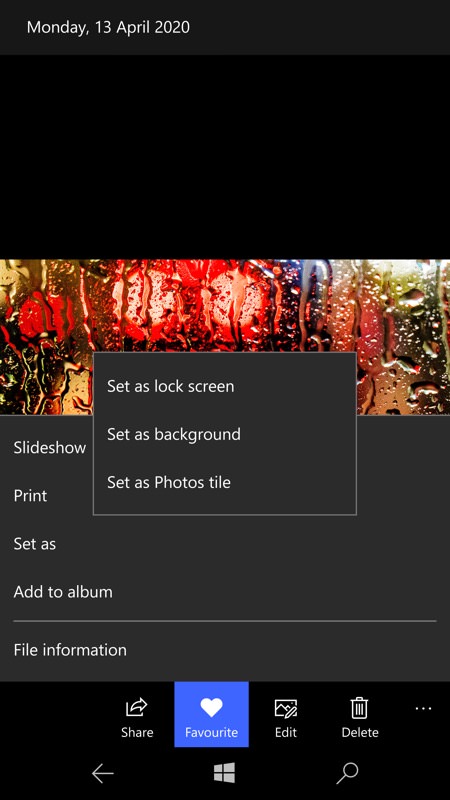 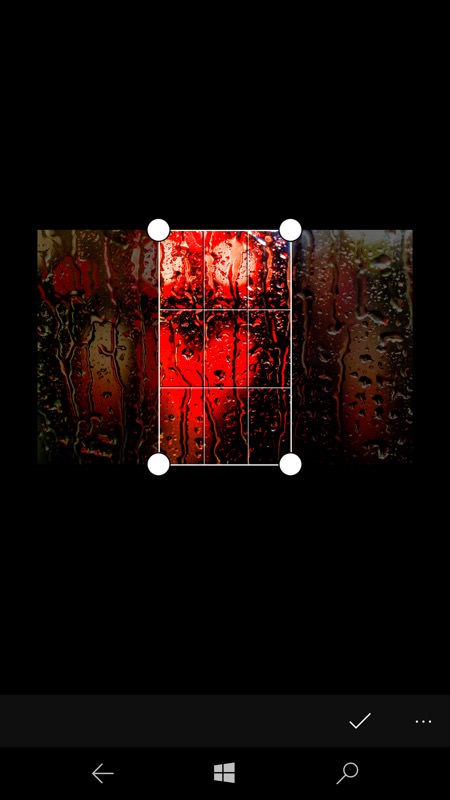 I chose to go through OneDrive, since we're only talking images, they're not huge. Here I'm browsing the wallpapers in a OneDrive folder... and (later) looking at one of them in Windows 10 Photos on my Lumia 950 XL, here in the 'Information' view. Note the desktop (landscape) resolution, we'll come to that below.

4. Set one of the images as your lockscreen wallpaper or Start background

There are several ways into this. The easiest is probably to go into Photos and refresh (if needed), to see the new image(s). With one up on screen, you can use the '...' pop-up menu to 'Set as' and then choose either 'Set as lock screen' or 'Set as background' (and then repeat if you want both!)

In each case, you'll need to tell Windows 10 Mobile which vertical strip from the landscape wallpaper you want to use. That's a creative decision and up to you. Yes, you're limited to 1200p in terms of vertical resolution, but this is easily good enough for a wallpaper on a phone: 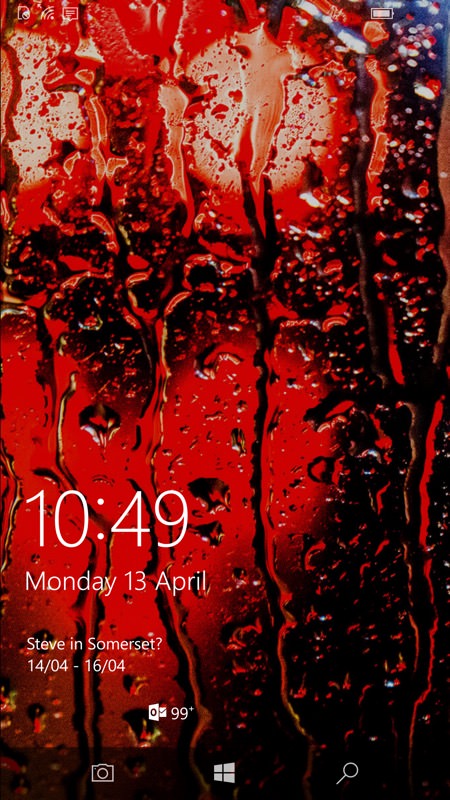 Eh voila! OK, so we've jumped through a few hoops to get here, but if you transferred the whole pack then you can ring the changes in the upcoming weeks and months, etc.

Easy, eh? So the next time you see a tasty Windows 10 Desktop wallpaper pack floated on the Interwebs, you don't have to restrict it to just your Windows Desktop, you can have the same (usually) AMOLED-friendly masterpieces on your Windows 10 phone too.

Filed: Home > Features > Rain in the City: and other wallpaper packs - on Windows 10 Mobile