In the wake of the Lumia 950: all aboard into a Type C world

It's a fair cop, the Lumia 950/XL wasn't the very first smartphone (or indeed device of any kind) to use USB Type C, but it was in the first handful. A 'LeTV' phone got there first, a few months earlier, then the Google Nexus 5X and 6P pipped the Lumias by a month. But, for a change, back in 2015, Microsoft's Lumias were just about on the cutting edge. And now Type C is back in the headlines, controversially so, though the adjective 'courageous' is possibly apt... this time around.

From 2015 until today, smartphones have increasingly come with Type C ports in their bottom edges. In 2020, only the lowest end phones designed for developing markets come with 'ye olde' microUSB.

Which is as it should be, although the iPhone range has stubbornly stuck to the Apple proprietary 'Lightning' standard - it's reversible, as Type C is, and has the advantage of being smaller and thinner, though also less capable and less durable - arguably. Many had hoped that Apple would switch its phones to Type C for 2020, but it seems that the game plan at Apple is to eventually move to a phone with no charging port at all and then all recharging will be wireless and cables would be all but eliminated anyway.

But what has prompted this editorial is the other thing Apple is doing with USB Type C. Traditionally all smartphone charging cables have ended, at the mains power end, in either a moulded/sealed adapter or, more commoly in recent years, a USB-A plug that will fit into any wall outlet, mains charger or laptop or power bank. It's a ubiquitous arrangement and works well for everyone.

Now, back in 2016, Apple talked itself up on stage about being 'courageous' in getting rid of the 3.5mm audio jack in their phones, a decision that has been widely criticised every since (often by me), widely copied by others (with even more criticism), and has even seen rebellion with some phone manufacturers (e.g. Sony, Google) dropping the jack and then reinstating it for future models after an outcry from real world users. But that's an article for another day.

The word 'courageous' came to mind again last week at the iPhone 12 launch when Apple announced that the only accessory they were going to ship in the box with ALL iPhones going forwards was a Lightning to USB Type C cable. When it came to dropping the 3.5mm audio jack, I was dead against it because there were a physical drop in functionality (not least being unable to charge and listen to wired music at the same time), but I'm more supportive of this latest decision and - no doubt - trend-setting decision. Let me explain...

It is going to cause complete chaos, of course. As many people have pointed out, regular phone users getting a new iPhone in the next year or so will get the cable out and look in bewilderment at the USB Type C jack, wondering where to insert it. With no corresponding mains adapter in the box, there is going to be a lot of confusion.

Apple's reason for doing this is to - ultimately - protect the environment, since:

Apple said that many people already have "chargers lying around from previous phones", which is true, except that these older chargers all have USB-A jacks - not the newer Type C. So Apple's argument doesn't really work, in the short term at least, and at the very least I contend that they should include a Type C female to USB-A male adapter (e.g. 3 for £8 on Amazon) in each box, for a year or so anyway, so that older chargers could indeed be used.

Although the aforementioned chaos is going to be real, I do applaud the 'courage'. When (this being AAWP) Microsoft moved from microUSB to Type C in 2015 for the Lumia 950 range, we all had to get used to the new jack, scurrying around to acquire extra Type C adapters, power banks and hubs. And we got there. Finding out in the meantime that Type C was in fact miles better than microUSB, in terms of reversibility, power handling, durability, and media handling. And five years later I struggle to find a microUSB cable, my world has so completely become about Type C (and Lightning, to a degree). 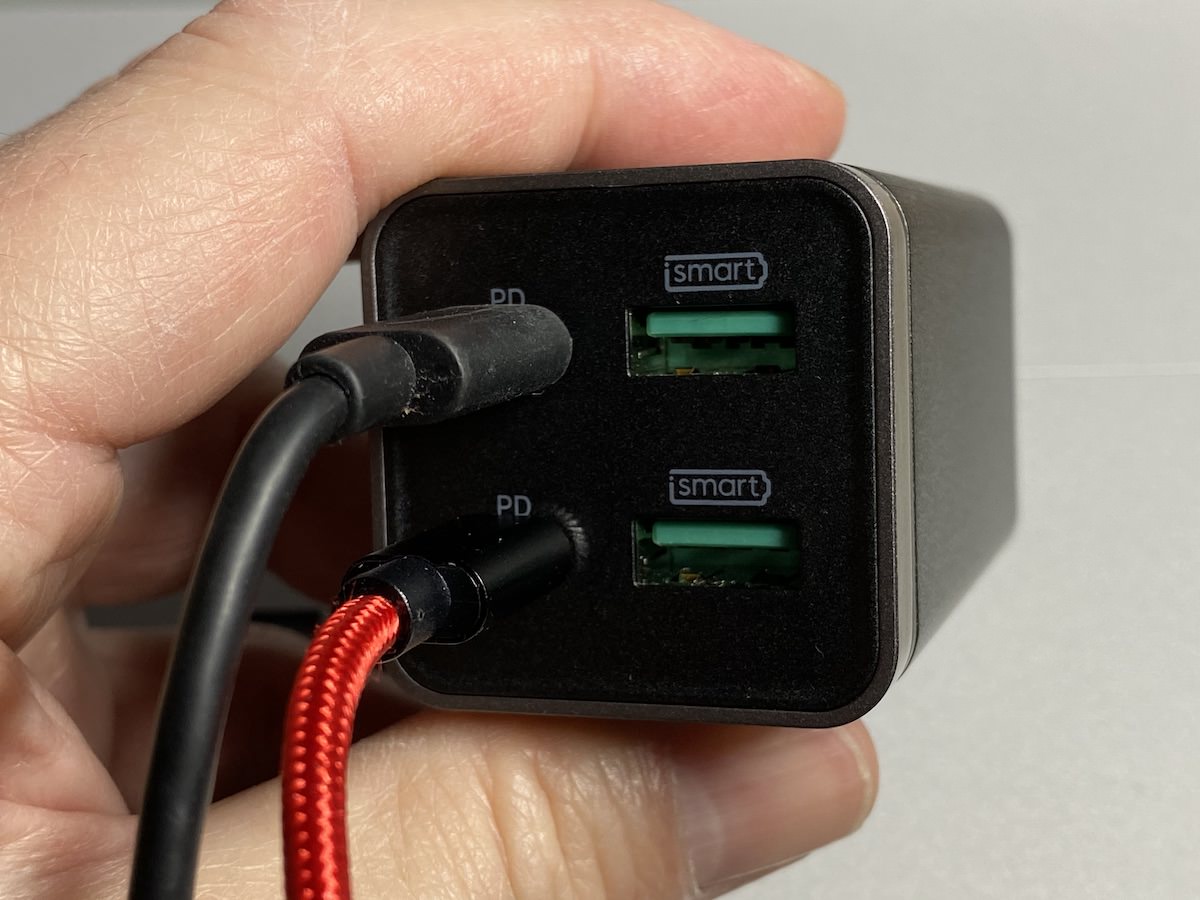 Type C at the mains power end is new though, even for geeks. I've only charged my various Type C smartphones from Type C sources a handful of times and, in the case of power banks, there are gotchas whereby if you connect the cable in the wrong order then the (in my case, Lumia) phone ends up charging the power bank and not vice versa! With unfortunate results.

So yes, 'courage'. Because it takes a company as big as Apple doing something, for that to become a standard and to break user habits. 2020's decision to forego a charger in the box and only provide a Type C lead will force hundreds of millions of people into seeking out Type C/Power Delivery mains chargers (if they don't already have these from existing laptops/hybrids or tablets) - and then keeping these for many years.

USB Type C is, ultimately, a better hardware and electronic standard than USB-A in every way, and the promise is that every computing gadget you or I might use in the next decade will, if it uses wires at all, connect up via Type C. So any extra mains chargers bought in the next 12 months will be the last chargers thsat some people will buy until at least 2030!

And, five years down the line, in 2025, with no unused mains bricks sitting idle in boxes in drawers anymore, when Type C is utterly ubiquitous, 2020 may be seen as the year that heralded this brave new world.

Hopefully. In the meantime, I'm off to write a blog post for iPhone newbies on which bits they need to buy and from where!

Comments welcome on this contentious topic. Yes, it's been mainly about Apple and iPhones, but this new approach is going to get copied and Type C is a cross-platform, cross-form factor standard. I believe this is relevant to everyone and their families.

Filed: Home > Features > In the wake of the Lumia 950: all aboard into a Type C world

Status report for December 2020: services and apps on Windows 10 Mobile