WOA gets HDMI/Continuum for the Lumia 950 XL, a progress report

We haven't mentioned the Lumia Windows on ARM (WOA) project for a long time, but that doesn't mean progress isn't being made. The idea, you may recall, is to hack Windows 10 on ARM (which exists for 'Desktop') onto a Lumia 950 XL (or 950), which has a modestly powerful ARM processor and should be up to basic tasks. No, this will never be useful day to day, but it's very definitely a cool and geeky project. The latest news/photo proof is of HDMI out (and thus Continuum of sorts) working, but we're using this opportunity to bring you bang up to date with the project. 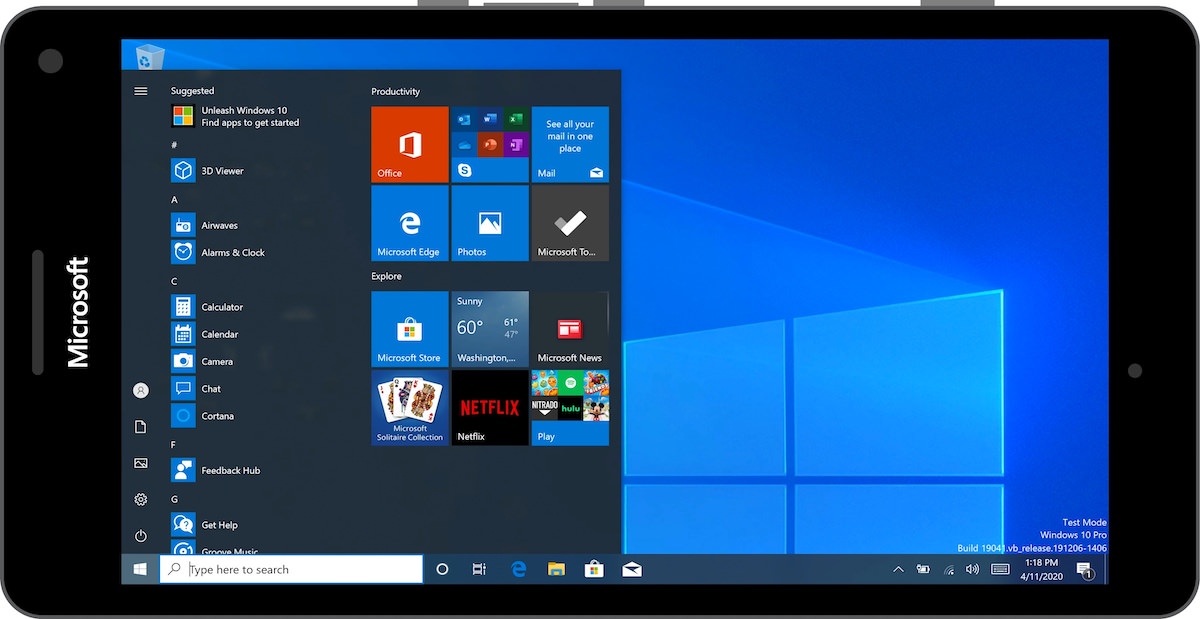 The Windows You Know and Love

This project brings the Windows 10 desktop operating system to your Lumia 950 and Lumia 950 XL. It's the same edition of Windows 10 you're used to on your traditional laptop or desktop computer, but it's the version for ARM64 (armv8a) processors. It can run ARM64, ARM and x86 applications (the later via emulation) just fine.

So yes, in theory, one might have the very latest Windows 10 builds in 2020 and beyond, all on a five year old Lumia phone, including official Microsoft x86 app support for old DOS and Windows applications. But don't get too excited, since the project still has a long way to go and even if it fulfils all its aims (by, say, end of 2021), you'd then have a still unsupported phone whose battery only lasted an hour or two on a charge. After all, the Lumia's processor, battery, and thermals were designed to run the far lighter Windows 10 Mobile. Yes, the kernels were the same, ditto much of the middleware and apps back in the day, but Windows on the Desktop has a lot more going on under the hood, plus it's written to expect a more powerful chipset backed by a huge battery or mains power.

You see what I mean about suitability for actual use, at least. In fairness, the number of things which the Lumia WOA team have got working is impressive:

As evidence of the latest possible addition to the latter list, we have photo proof from Tourniquet on Twitter:

Best way to use the HP Laptopdock: Lumia 950 XL with Windows 10 on ARM :D pic.twitter.com/0x6Wkfyd9J

So it seems as though HDMI out is the next hurdle to fall. Why is so much still not working? Because so much of what made a Lumia tick is proprietary Microsoft (and before that, Nokia) source code that has never been released and which only exists in the binaries in place on working Lumia 950 XL/950 in people's hands. Just taking a working ARM-compiled OS like Windows 10 and trying to stuff it into an existing handset is like putting a Ford engine into a VW car and wondering why nothing works other than the engine ticking over. There are SO many things to join up and adapt.

Of particular interest in all this and worth noting are:

It's slick and clean, with a glossy introduction, download/instructions page (if you feel brave enough to sacrifice your personal 950 XL or 950), and a status page, listing known issues and the status of each subsystem in the project for each device (including for the mysterious 'Microsoft Hapanero EB2+' test device, I wonder how many of these exist?)

This is important, a separate application that can be found in the Windows 10 Desktop Store, for it brings the 'Tablet' mode (designed for the Surface Go/Pro series) to the vanilla Windows 10 Desktop installed on the tiny-screened Lumias. Without this shell interaction with the UI is very fiddly indeed. It supports both portrait and landcape mode and becomes the front end to a WOA Lumia test device. 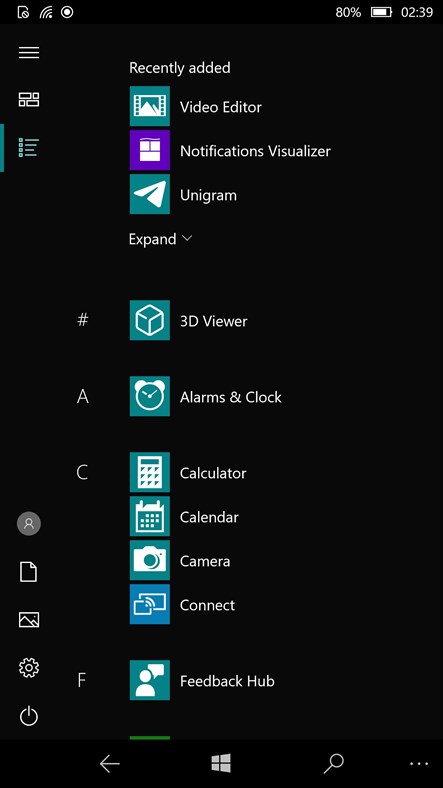 The apps list in Mobile Shell running on a Lumia on Windows 10 on ARM... There's also a Start screen with live tiles, if anyone cares to send in a screenshot example. See also the hero image at the top of this feature. 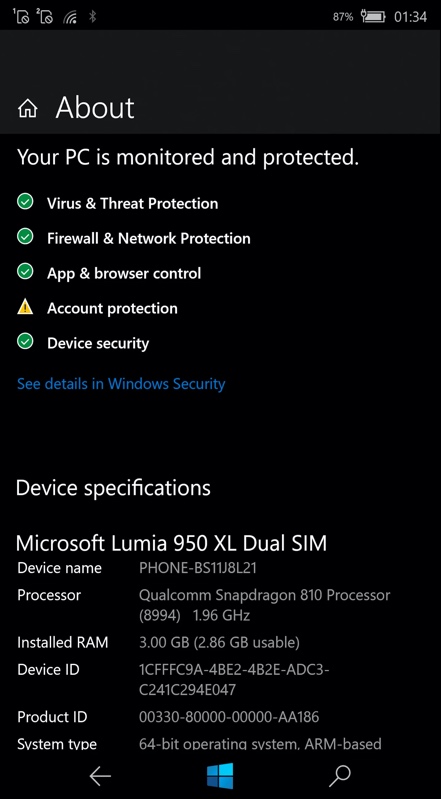 Fully installed on one of the team's Lumia 950 XLs. Impressive.

Interestingly, this installs fine on existing Surface Go/Pro (I tried), though it essentially implements the existing Tablet mode - which you could already get to from the Surface Go/Pro action centre.

Comments welcome if you're tempted to try all this (the install instructions are relatively short now) or have indeed taken the plunge.

Filed: Home > Features > WOA gets HDMI/Continuum for the Lumia 950 XL, a progress report