Please excuse the click-bait title, but the article's content is very real. I've tried to condense down my advice to friends and family in readable form. When I try and educate these people verbally I get loads of eye rolling and mockery, but deep down I know that their photos could and should be better. So, in case it proves useful to you - or to your contacts - here are my top 10 tips for improving your smartphone camera results.

NB. Those with good memories may remember that I tackled a similar list a year ago. I've gone back to first principles for this list, because:

So, in order of importance (roughly!):

Most obviously, but it bears repeating because I see it so often. Check and clean your phone camera cover glass every day and do your best to never touch it with your fingers when picking the phone up. Every human finger has some grease and oil on it, all the time. And a single fingerprint is the difference between a perfect shot and a 'soft' shot where everything's indistinct. Also, any dust or finger grease on the glass, in the same way as small scratches, plays havoc with any direct light sources, whether it's the sun or stage lights or even a bright lamp. The result is unsightly 'flare' on your photos, streaks of smeared light.

You can clean with a wipe on a soft item of clothing or a tissue, according to preference. Just don't wipe the glass with something dirtier than the glass itself - I was with someone a while back and (name redacted to avoid embarrassment) they produced a special 'cleaning cloth' triumphantly - except that I noted that the cloth had been used for several years and had long since both lost any impregnated solution and also gathered dirt from all the things it had cleaned! I got a dirty look for using my shirt sleeve, but the latter was 100x cleaner than the 'cleaning cloth'! 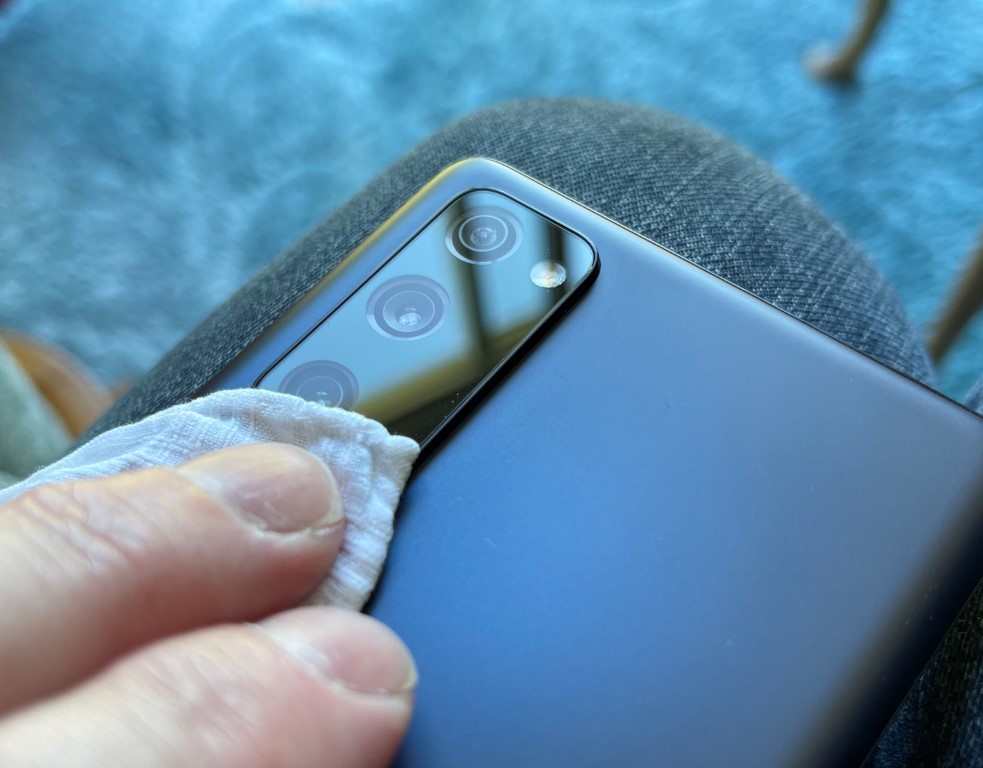 Now, OIS and multiframe correction in modern phone cameras are good, but you can help enormously by bracing your phone and body, don’t inhale or exhale while snapping, and use a gentle thumb contact on the on-screen shutter button, so as not to rock the phone body. Especially in low light.

Also, don't be in a hurry. Many smartphones are capturing data for a fraction of a second after you do your shutter icon tap, so don't tap and immediately swing the phone down. In fact, stay in the pose, and check the captured shot in case you need to reshoot. If you're serious about this phone photography thing!

3. Only zoom with optical factor

Be aware of zoom and how your phone camera is configured. Digital zoom has been something to avoid since the dawn of digital photography and it’s still true on the whole. So if your phone (for example, my Galaxy S20 FE here) has a (say) 3x telephoto lens then when you want a ‘bit’ of zoom and shoot at 'about' 2x then it’s just digital zoom on the main sensor and will be blocky and with ugly artefacts. It will look like you shot the photo through gauze or a window.

In this example, it’s usually best to shoot at 1x and crop afterwards (modern phone cameras are high enough resolution) or shoot with the native telephoto resolution (in the example here, 3x) and perhaps step back a few paces if you can, as needed.

(NB. All of this still applies if your phone has a - so called - 'Quad Bayer' (pixel binning) sensor, since the blocks of four (or nine) pixels can’t be easily smart cropped into, RGB PureView-style)

Having said above to refrain from casual use of intermediate zoom levels, make sure you know about your chosen phone camera UI's gesture for zooming - it's not always obvious. In addition to any visible ultra-wide/regular/telephoto presets, there's usually a one thumb gesture, so experiment. On the iPhone, it's long press on the presets and swipe up and down to 'rotate' a zoom wheel, on the Samsung Galaxy and Google Pixel phones it's actually the same, though with a linear scale rather than a 'wheel'. 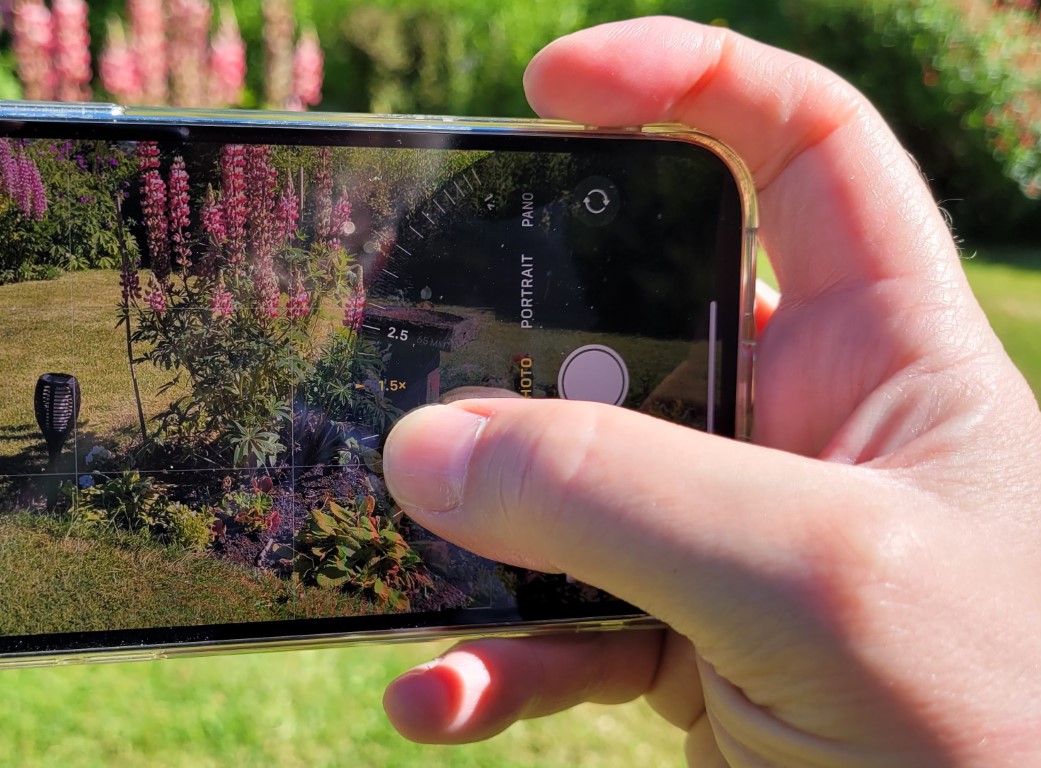 This doesn't apply to every phone UI, of course. I had a play with one of my Xiaomis and there was no one-digit gesture. In such cases it's back to the far more fiddly multi-touch 'splay' gesture - but I hate doing this because the grip on the phone is then less secure. One-thumb zoom gestures are the bees knees - as any Lumia (or Nokia 808) owner will attest.

(It's telling that even I didn't actually know about the Samsung and Pixel gestures until I was writing this article and experimenting!)

5. Use the vertical too!

Rather than shooting everything from head or waist height, as the vast majority of people do, add interest and wow factor to your photos by crouching down to get an unusual 'down low' perspective or standing on something to look 'down'. Added to judicious use of the different lenses (ultra-wide, etc) on your phone camera, it's possible to shoot perspectives that will make other people's jaws drop.

Most phone camera apps (yes, even on the iPhone and Pixels) have a huge number of features and options. So play with them all and practice getting into the modes you think you’ll use (e.g. Portrait, panorama, night mode, exposure adjustment, etc.) ahead of time. So that when you’re out with friends or family, they won’t have to wait for you impatiently to faff around trying to find a setting or feature. Phone photography should be fast and fluid, after all - that’s the point of using the phone and not a bulky standalone camera.

You just take great photos as part of a trip out with others, and then impress them mightily when they see what you've captured later. Cue much 'can you send me a copy of that', etc!

Most phones have a way to access this with a physical button by default or a way to customise a button to do so. And when you're in a hurry to catch a 'moment', speed is everything, you need to be able to launch Camera without thinking and preferably without powering on a screen and then swiping carefully. For example, on the Samsung Galaxy and Google Pixel phones, a quick double press on the power button launches Camera even if the screen is off. On iPhones, lifting the device lights the lockscreen and a press of the camera icon (effectively a virtual button, complete with haptic feedback to make it feel like a button is being pressed) does the job.

Your smartphone may be different, so check the settings - and of course the usual swipes across and up and down (as appropriate) also do the job. But isn't it cooler and faster to have a physical button to the job?

8. Prune and sort as you go

The mistake most people make is to shoot lots of photos and think 'Oh, I'll sort them out later'. Except that 'later' usually never happens. So you end up looking for a photo that you took of someone in 2019 and have to wade through 1000 other photos taken in that year. Now, I'm not advocating throwing away precious memories - after all, I'm sure you have the cloud space (or can pay for it) to back everything up - but I am saying that you should gently prune as you go. For example, you took four shots of Aunt Maud down in the beer garden at a get together. One of them is super, she's smiling and in focus. The other three are either a bit blurry or the expression is wrong. So why are you keeping those extra three?

And what about those menu snaps, food shots, and other transient photos which had relevance on the day but none today? Just zap them.
Apply this thinking across the board and the 1000 photos you or I take in a year are reduced to the (say) 300 best shots. Yes, you'll save some phone (and cloud) storage, but mostly the benefit is that when you go browsing through your photos to, you know, actually find something, the search will, quite literally, be three times faster!

9. The sun is your friend

This one's fairly obvious, but it always bears repeating - photography is based on light and the more light the better. Moreover, the more direct light (e.g. from the sun), the more vivid colours will seem. Making everything 'pop' in your shots naturally, without need for extra tweaking later.

In fact, I'd go as far to say that when out and about, aside from ad-hoc 'moment' shots, I don't even bother taking photos when it's overcast or gloomy. If the sun's out though, then the world's my lobster and all of a sudden a hundred scenes and photo possibilities present themselves. So celebrate and use the sun - which isn't that common in many countries, including the UK!

Despite what I just declared, if you really, really want to snap something, in gloom, or in the evening or even dead of night then there's no reason not to have a go, since modern smartphone cameras now almost all have multi-frame-combination 'night modes'. Yes, it's a great idea to keep the phone as still as possible (see no.2 above), but the software turns usual photographic wisdom on its head by accepting that a number of photos captured in the burst won't be perfectly aligned and uses compute power to align them perfectly.

In fact, because 'night photography' by computational means is so relatively new, you can get dramatic lighting effects, shots which wouldn't have been possible a few years ago unless you took a tripod and clamp along with you. So, at night, you can almost let your imagination run wild - even if you ignore most of my tips in this feature, it's actually quite hard to take a bad photo with a modern smartphone camera! 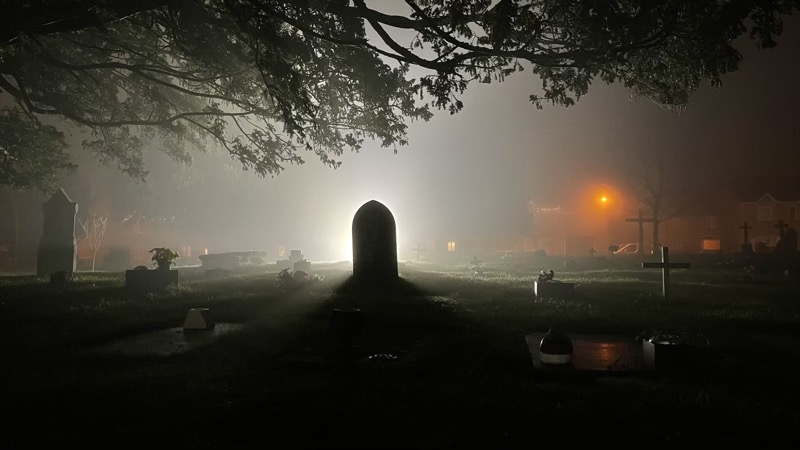