Having used the classic Lumia 950/XL phone camera as the baseline for almost forty (count 'em) imaging articles here on AAWP/AAM in the last half decade, with pixel by pixel comparisons against a wide spectrum of smartphones from all quarters, it occurred to me that it would be fun to do the maths and generate some deltas and some averages. With my article-by-articles scores, which are/have been the best smartphone camera systems of the last five years? 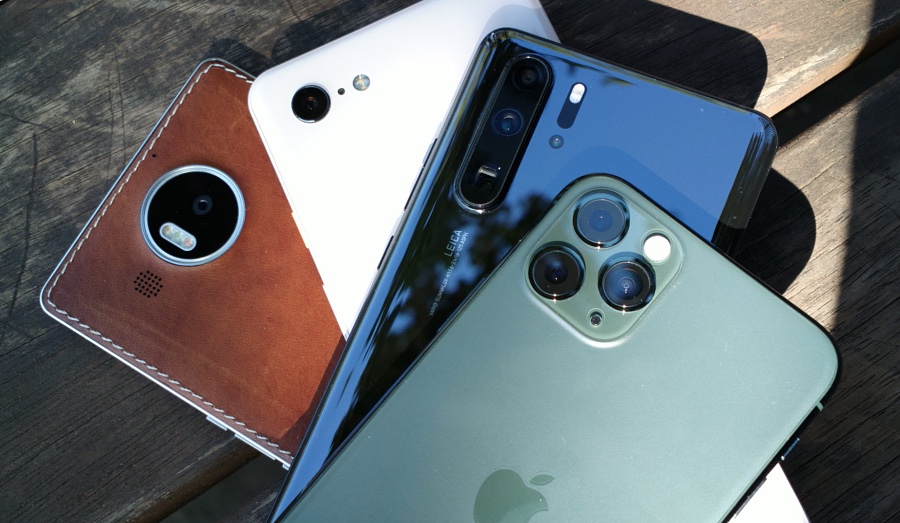 Now, there are some huge caveats here, of course. Not least:

Having said all of that, the general format of my imaging comparisons here on the 'All About' sites has been fairly consistent, with test scenes typically including landscapes in sunlight and at night, zoomed and unzoomed, and with plentiful low light and close-up shots as well. So I think the methodology below is appropriate.

For each test scene in each feature, I award points out of 10 for each phone camera shot, taking into account colour accuracy, digital noise, and pixel purity. And at the end of each imaging comparison, I add up the totals to produce scores out of (typically) 100 (or so). Now, while I can't include actual scores, since these will vary according to the exact number of test scenes, I can include the 'delta' of each to the baseline, the titular Lumia 950(/XL). i.e. How much better (or, more often, worse) were each of the test phone cameras than the Lumia 950(/XL) in that feature's set of test scenes?

Where I tested a phone camera system more than once, I've been able to average its delta over the Lumia 950, leading to (hopefully) a more accurate score. Note that I've excluded any 'ultra wide bonus points' in the tallies, something that I've occasionally added in to feature tallies.

Here then are the results - there are a few scoring surprises, but I'll comment on these below:

Do also note that there are a few smartphone heavyweights not included in the table because I've not been able to test them, hands-on. During the last 18 pandemic months, review hardware to UK-based journalists has somewhat dried up - which is odd, since you'd have thought that mailing over devices would have been easier than before? The bottom line is perhaps that with no physical events it's been harder to make or maintain good press contacts. Oh well.

Some surprising conclusions then:

Your comments welcome, on the SteveMark deltas. I contend that imaging on any phone marked in green will be decent and worth considering if you're hunting around for a new or second hand smartphone. Perhaps you own one of the devices above - do you think the scoring looks fair?