More than 60,000 items have now been published in the Windows Phone Marketplace. The rate of submissions continues to increase, with an average of 400 items added per day (measured over a four week period). That's up from the average of 265 items per day the marketplace was getting when it passed the 50,000 mark in late December. 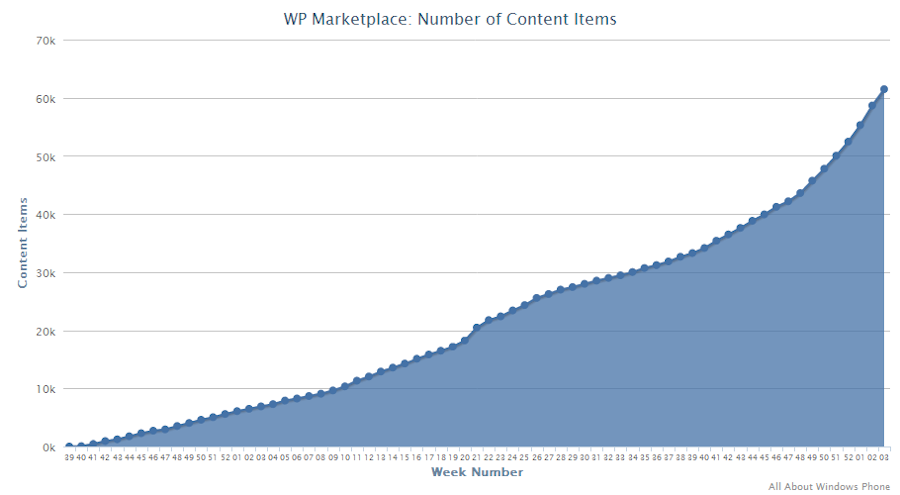 Growth of Windows Phone Marketplace. Figures up to January 21st.

In the last complete week (January 8th to January 15th) 3,362 items were added to the Marketplace. This compares with 405 items for the same week last year. This would suggest Windows Phone prospects, in app terms at least, are looking much healthier for 2012, than they did for 2011.

It's worth stressing that the quantity of apps is best used only as a guideline metric. The quality of apps in an app store is also very important, but is more difficult to judge objectively.

Looking at how many times an app has been rated can provide some guidance here, as only applications and games seen as useful are likely to be downloaded and rated multiple times. In the Windows Phone Marketplace 4,052 apps have been rated 5 or more times. 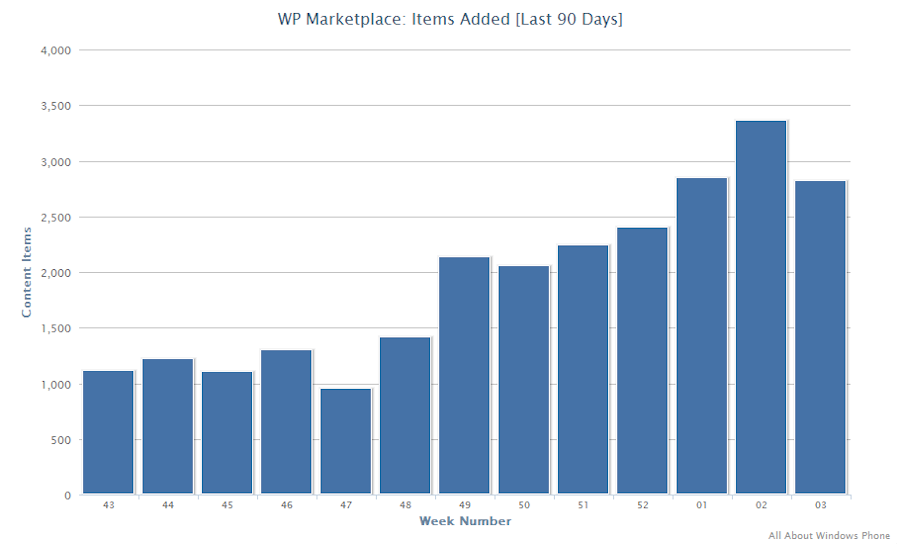