After celebrating its first anniversary by passing the 35,000 app mark in mid October, the Windows Phone Marketplace has now passed the 40,000 app and games submission mark. Content is being added at the rate of 165 items per day. In the last 30 days, 85% of submissions were apps and 15% were games; 68% were free, 23% were paid and 9% were paid with free trial.

These numbers are from our own tracking system, which is also used to power the All About Windows Phone Apps & Games section, where you can browse all of the applications and games, and install them via links to Zune Desktop, the web based Marketplace, or install them directly by scanning the QR Code with Bing Vision on your smartphone.

At the current growth rate, we estimate that Windows Phone Marketplace will reach the 50,000 app mark in the second or third week of January 2012. However, it is possible that this mark may be reached before the end of the year if submission rates accelerate. 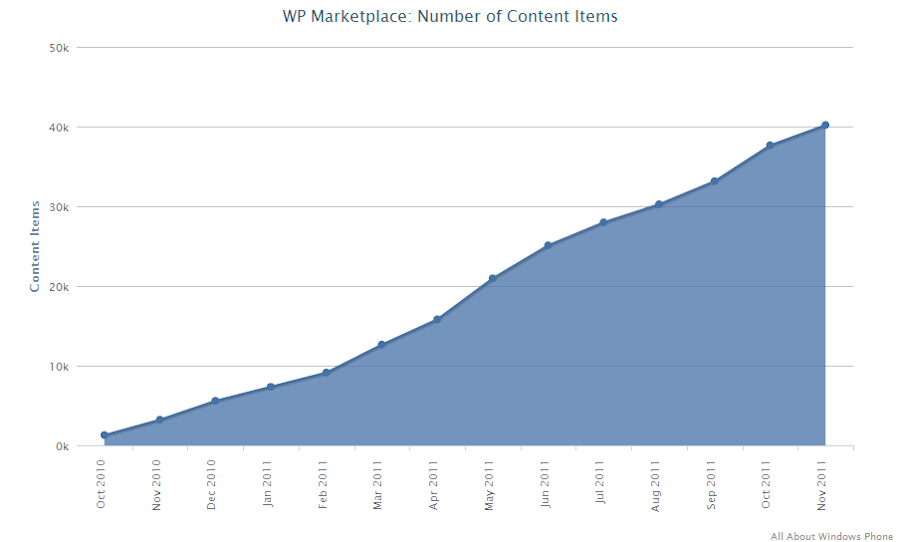 Growth of Windows Phone Marketplace. Note: November 2011 is not complete. Figures up to November 16th.

During the last four weeks, an average of around 165 new content items have been added each day. This number is significantly higher than in the summer. The most likely explanation for the increased number of apps being added is a growing momentum behind the platform, and the release of Mango which roughly coincided with the start of the increase. The end of the quiet summer season and the announcement of the first Nokia devices may also be contributing factors. 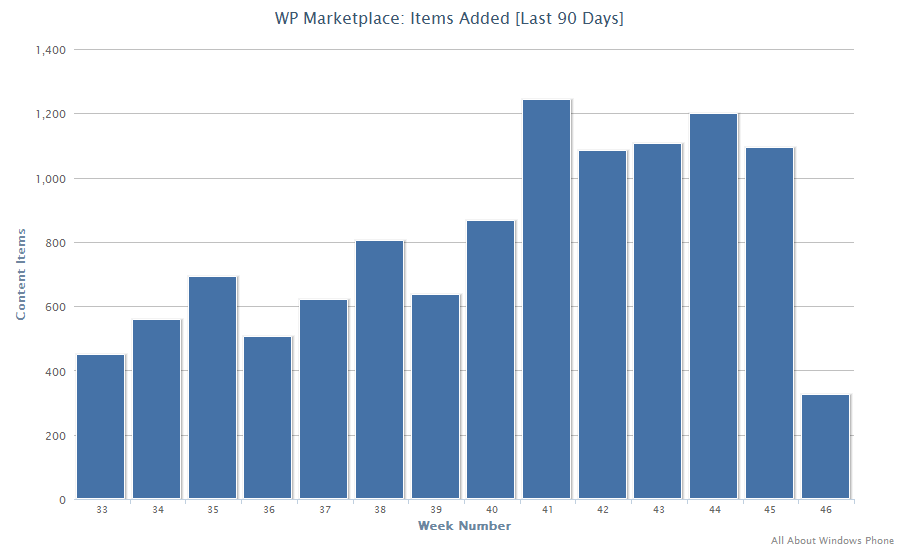 Apps and Games added each week to Windows Phone Marketplace. Note: Week 46 is not yet complete. Figures up to November 16th.

The chart below shows the proportion of content in each of the Windows Phone Marketplace's top level categories. As you might expect, games is the single biggest category (15%). The next three biggest categories are books + reference (15%), tools + productivity (14%) and entertainment (13%). This means the four biggest categories (out of 17) make up 57% of the content. 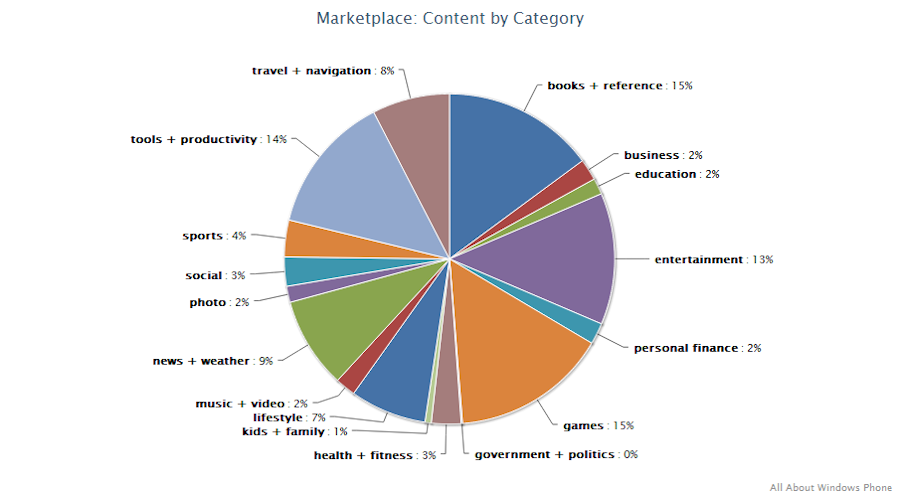 Windows Phone Marketplace passes 35,000 apps - where we also made a comparison with the first year of competing app stores.