We reported in June that Nokia had announced its impending acquisition of imaging company Scalado. Nokia has today confirmed that the acquisition of Scalado's technologies, intellectual property, and "approximately 50 world-class imaging specialists" has now been completed. Scalado was founded in 2000 by former students of Lund University in Sweden, and has offices world-wide including the Ideon Science Park in Lund, and has received numerous industry awards for its technologies which are embedded in over 1 billion devices.

"We believe that this acquisition will strengthen Nokia's leading position in mobile imaging and provide us with a great opportunity to create even better imaging products and applications."

"We welcome the skilled and passionate professionals from Scalado to Nokia and are excited to have them work with the rest of our talented and dedicated imaging experts to bring world-class imaging solutions to our Nokia Lumia smartphones. The Nokia team is already responsible for many leading innovations in mobile imaging and, together with the experts from Scalado, we aim at astonishing the world with new, outstanding imaging experiences."

Scalado's co-founder, Sami Niemi, who now takes the role of "head of Capture & Relive" in Nokia, had this to say:

"We're excited to join Nokia at such an important time in its smartphone story. The technologies and competences we've developed should help move from taking photos to capturing memories and emotions."

The staff joining from Scalado will form a new centre for imaging excellence in Lund, Sweden, alongside the clever folk based in Nokia’s Tampere and Espoo imaging teams who came up with PureView. The Lund team will focus on software to complement the existing hardware genius from the Finnish teams.

The results of this acquisition will appear in future Lumia devices, where Nokia will seek to further differentiate itself from other Windows Phone OEMs by providing advanced imaging capabilities for consumers. Nokia's Jo Harlow has already confirmed that Nokia's PureView technology will come to Nokia Lumia devices to provide a far superior image capture hardware platform. Going forward Scalado's image manipulation technology be compined to provide a best-in-class imaging experience.

Scalado's technologies have already been seen in Nokia's Camera Extras (currently only available in the US). An example of which is the Smart Group Shot, where several images of a group of people are taken and the user may select the best portrait of each person to create the optimal group portrait. 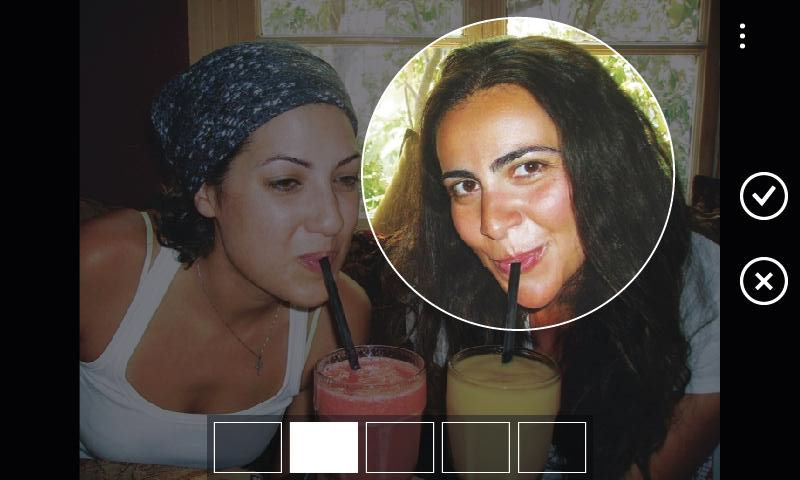 "One example is the way phones can enrich photos with contextual data. It can know the who, what, where and when behind every picture and use that intelligently. My grandmother used to write notes on the back of the photos in her album – where they were and when; who was there and what they were doing. The power of smartphones can build that into the pictures themselves and offer new ways to relive your memories.

We can also change the way in which you capture memories. We’re talking about ‘recapturing’ moments. Your photos can contain so much information that you can go back and make new pictures that are completely different, in non-destructive ways – maybe focused on the sunset that was behind your girlfriend’s shoulder in the original"