One of my favourite developers, Johan Paul, is the author of Podcatcher for both Meego and Windows Phone. This has now taken the big leap from v1.3 to v2.0 and with a changelog to match, including gPodder import, meaning, potentially, not having to add your podcast subs one by one after setting up a new device. Full list of changes below, along with some screenshot proof. 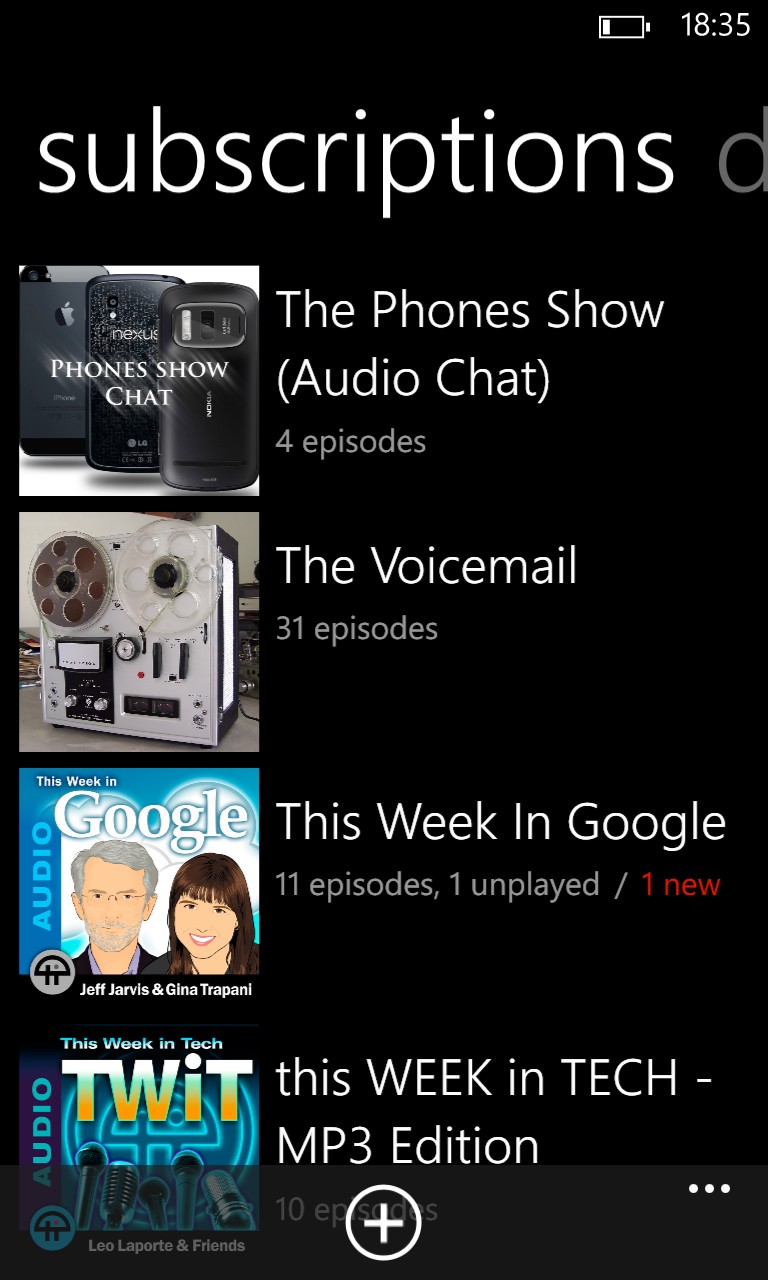 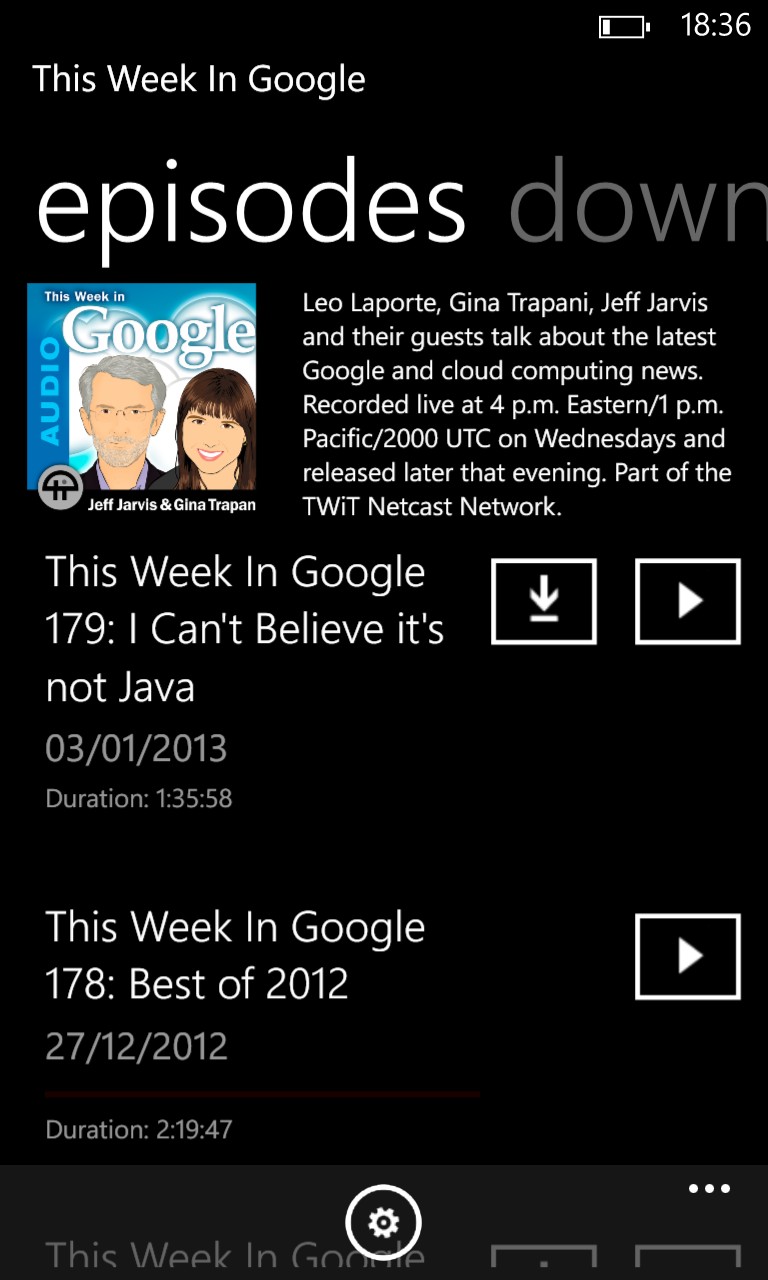 The main feed view, and (right) looking into a feed's episodes. There are options to manually download or have new episodes grabbed automatically. 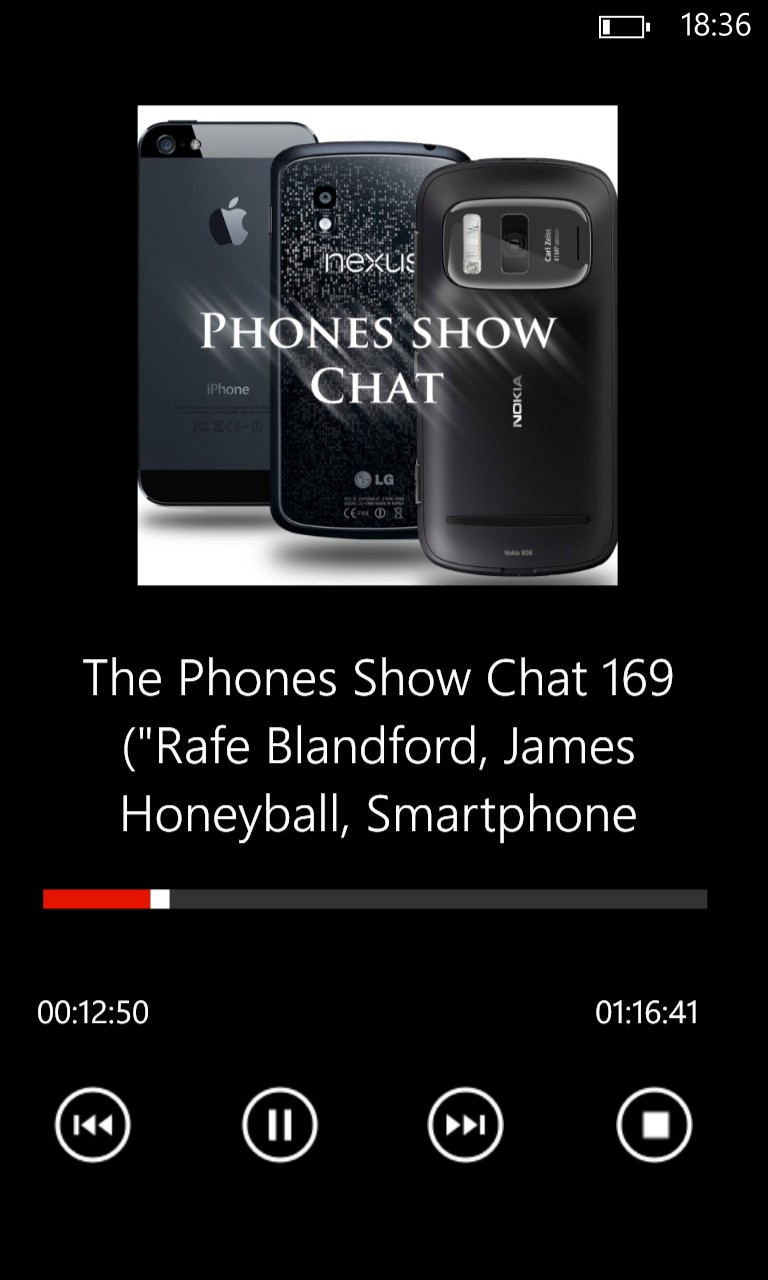 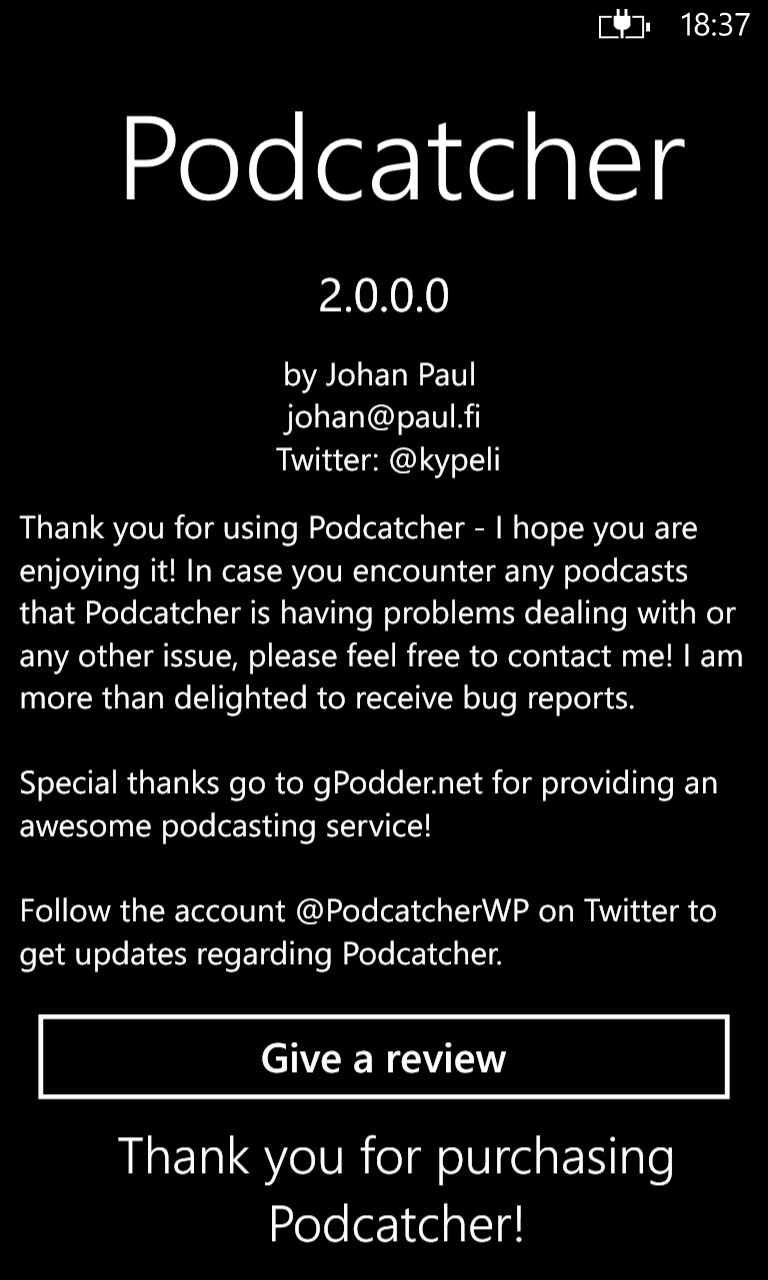 Playing a podcast, a nice clean interface, and (right) the current About screen... 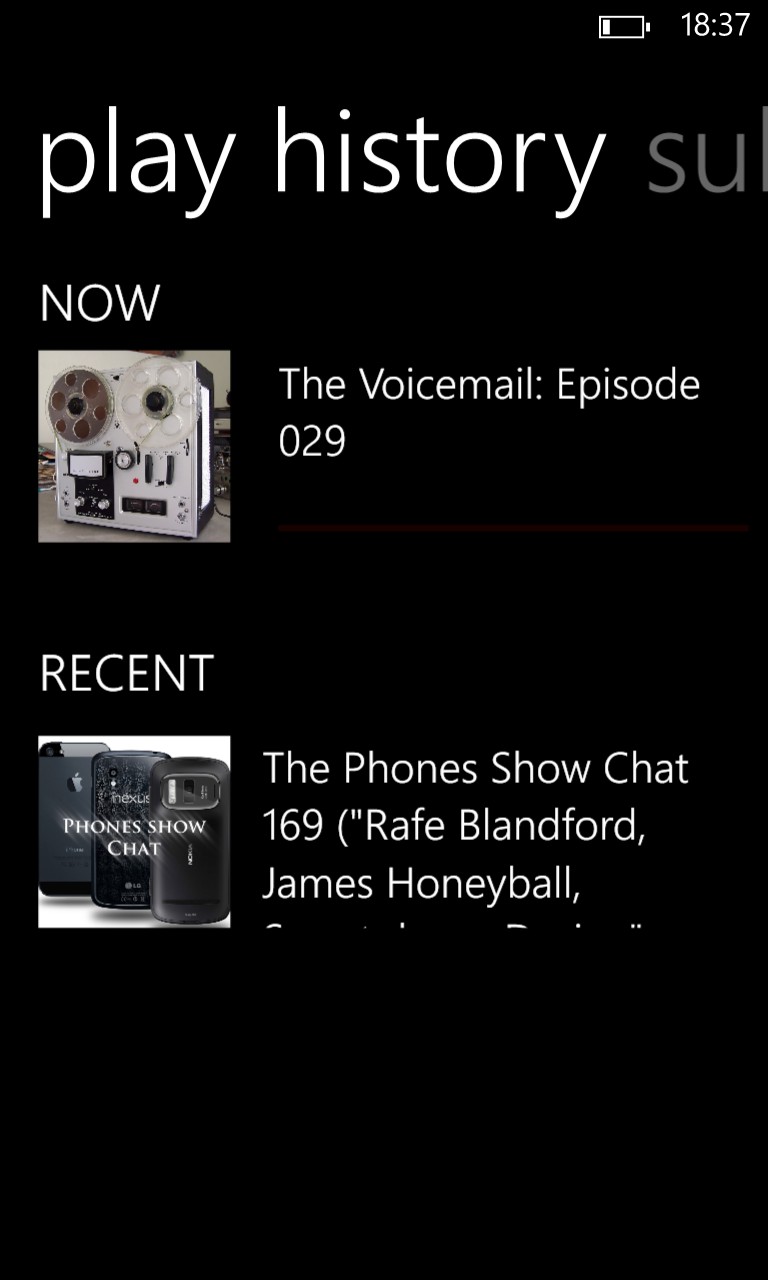 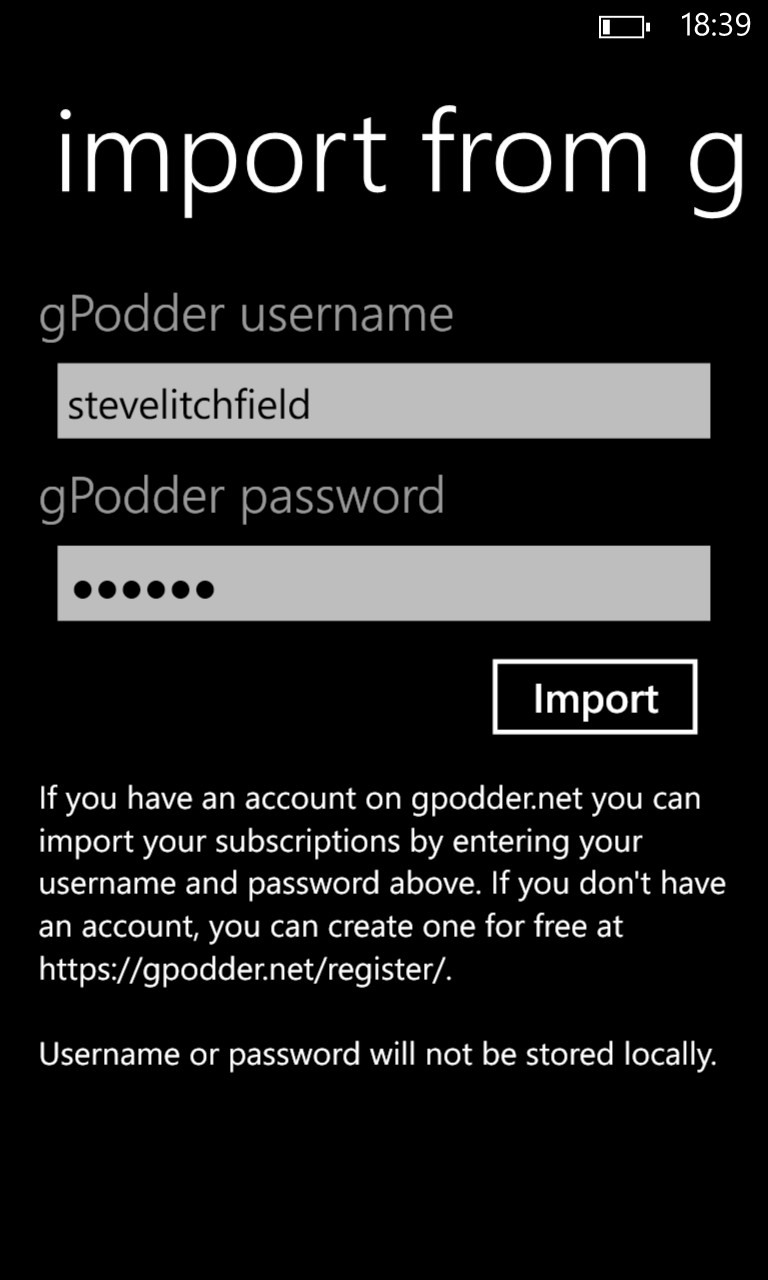 The new Play history view, plus (right) gPodder import! Actually setting up gPodder subs has to be done through a desktop web browser, etc.

Heartily recommended, whichever mobile platform you're on. For Windows Phone, it's probably the leading application of its type. Here's its entry in the Windows Phone Store - don't worry if it appears to be out of date on the page here. Install and then look on your device for the update to v2.0.