Following the recent update after a long period of silence, the official Twitter client for Windows Phone has picked up a small 'point' upgrade which is now available in the Windows Store. This appears to be nothing more than a bug fix, presumably some issues have been brought to light after the major update that can be addressed quickly. 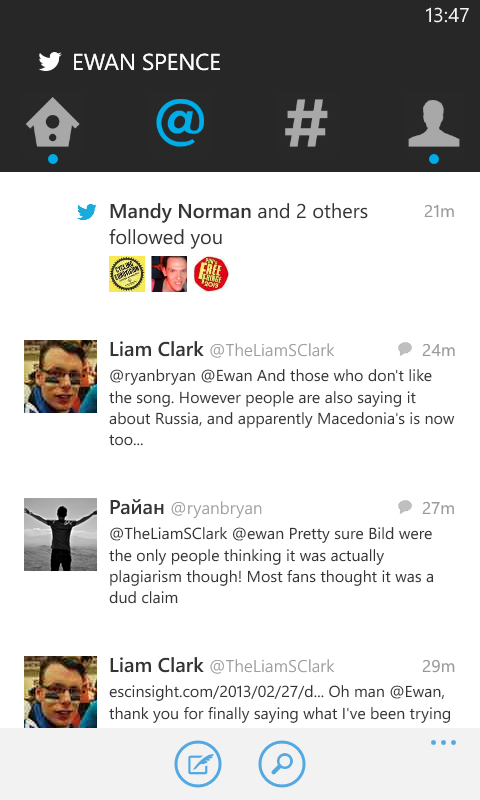 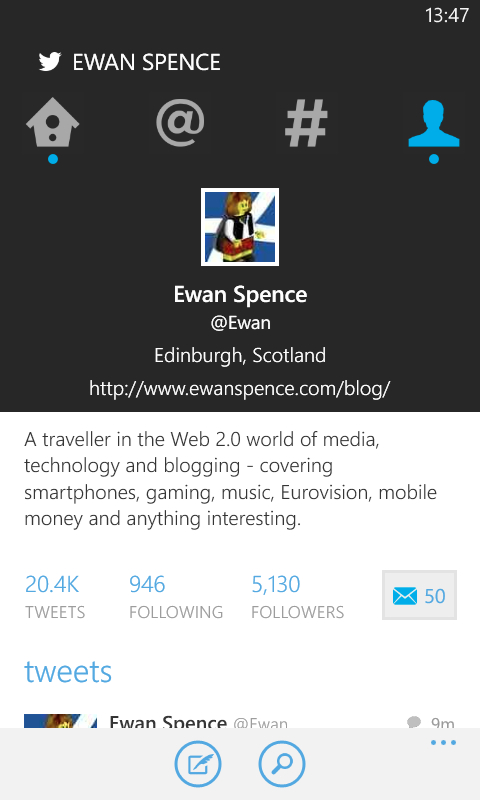 From our review of the new version:

Functionally, very little has changed and I still think that the People Hub does a better job of integrating Twitter than Twitter itself does. I'm also quite possessive of the Windows Phone UI, and to have this butchered to make the app look more like the app on other platforms defeats the purpose of coding an app for the platform - you might as well use HTML5 and a simple wrapper app and it would be more cost effective than reworking, once more, the tired layout that makes it harder to navigate Twitter on a mobile device.

You can grab the update over in the Windows Store.