Last week we reported on the first signs of an upcoming Nokia firmware update (1307) that would help improve the management of the internal memory of Nokia's Lumia Windows Phone devices. Further details are now available, confirming that a new Settings module, storage check, will be added by the arrival of an enabling firmware update and an update to the existing extras+info Settings module.

Storage check, which is specific to Nokia Lumia devices, provides a more detailed breakdown of a phone's internal memory than the existing standard phone storage module. It also allow for users to manually delete temporary files, which should help alleviate the "other" storage issue that sees the the amount of space occupied by "other" files, as shown in the phone storage module, grow over time.

This "other" storage is made up of reserved space, data storage, cached files, and temporary working areas for all the apps on your phone. Theoretically the system and apps should clean up after themselves, but in practise data is being left in the storage area and not cleared out by a number of applications (either by poor design of the application, or by poor storage and app management by the core operating system).

This has resulted in some users running out of internal memory on their Windows Phone device, and being frustrated that they are unable to reclaim the seemingly useless "other" space. For Nokia devices at least a solution is on the way, other manufacturers may follow suit, and we still expect Microsoft to provide a platform update at a future point in time.

On opening the storage check module you'll see a pivot view with an overview page and a details page. On the overview page a donut chart shows a summary of the internal memory (total size, free space, usage). Usage is broken down into apps, media files, and apps. 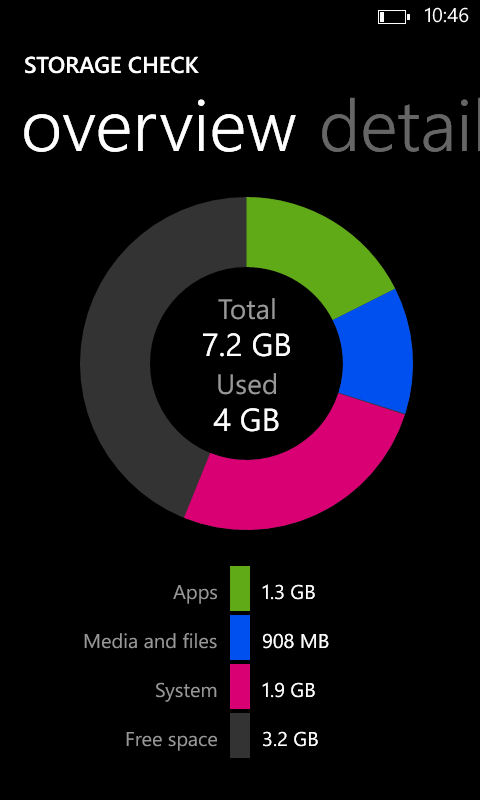 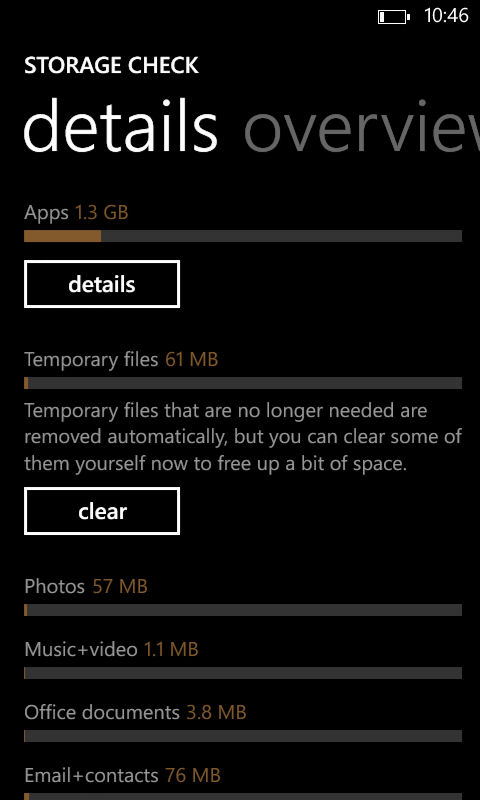 The bottom half of the details pivot shows a breakdown of data files store on the internal memory of the phone (photos, music+video, office documents, email+contacts, maps, ringtones, system and other). Tapping on the details button for apps shows a screen with a detailed breakdown of how much space individual app is using (both for the app itself, and associated data files). This makes it easy to see which apps are using the most space, and are therefore the best candidates for uninstalling if you're running out of space. 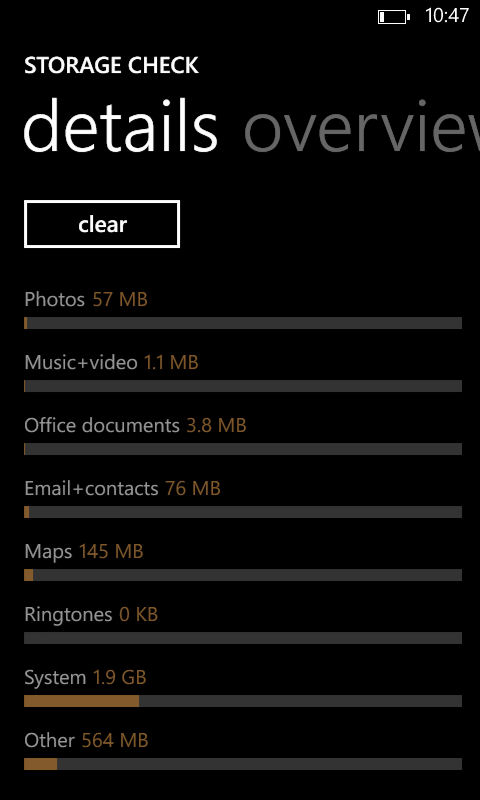 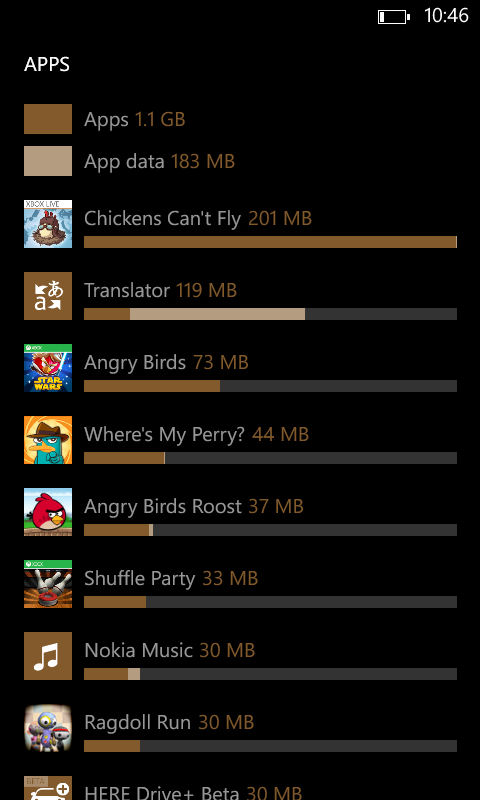 The storage check module of the Settings app will be made available to all Nokia Lumia devices running Windows Phone 8. However, as noted above, firmware version 1307 (1030.6407.1307.0001) is required, as is the most up to date version of the extras+info Settings module. The firmware is a Nokia specific update and is not tied to a Microsoft platform update. That means the OS version, 10211 (Windows Phone 8 GDR 1), is the same for both firmwares.

Most current Windows Phone 8 Lumia devices are running firmware version 1250 (1030.5603.1250.00001 or similar). Some Lumia devices are now shipping with the newer 1307 firmware. This is usually something that happens a few weeks ahead of the firmware be made available for over the air update. We would therefore expect a Nokia specific software update to start being rolled out in the next few weeks, altough it may take longer for all devices to receive the update.

Your device will let you know about any update automatically, but you can also check manually using the phone update module of the Settings app. We'll also post a story once the software update starts to roll out.