The Wireless Charging Covers are available in four colours: black, red, white and yellow. The black and yellow versions are currently being sold by online retailers MobileFun and Expansys (UK and US) for £24.99 / $33.99. All four colours are also available through Amazon UK (UK and US) and eBay (UK and US), with prices starting at £22.

UK operator O2 are also stocking the accessory in select high street retail locations and, as part of a special promotion, are offering a free case with new purchases of the Nokia Lumia 925 on a 24 four month contract. 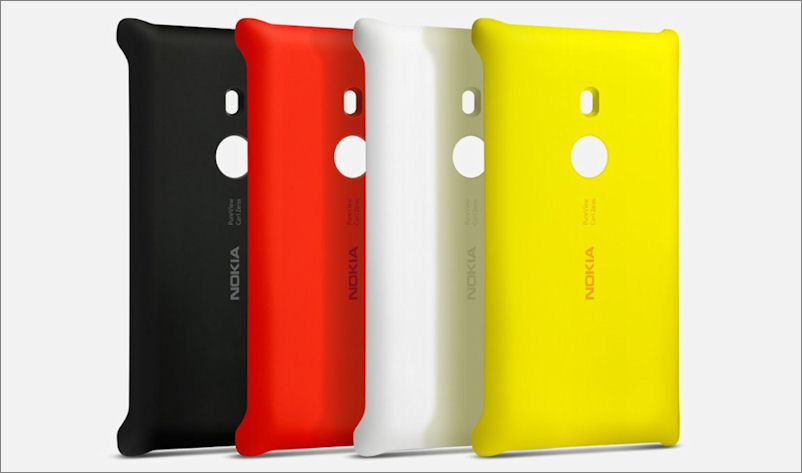 In order to use the case for charging you will need a Qi compatible charging accessory. The case connects to the Nokia Lumia 925 through the three "dots" (contact points) found on the lower half of the back of the device.

Nokia has managed to get the Nokia CC-3065 into retail at roughly the same time as the device itself has become available. This contrasts with some of the accessories for Nokia's earlier Lumia devices when retail availability of device-specific accessories was several months behind retail device availability. This improvements in logistics is to be welcomed as research shows that most consumers buy a case for their device at the same time as, or shortly after, buying the device itself.