Whether driven by the need to join in the current ('Vine') craze for ultra-short animations and videos, or by simply wanting to make BLINK better, Microsoft has significantly enhanced its burst mode utility, as detailed below. More settings, more options, plus the animation of your burst sets and sharing of them via a dedicated system, it's all in BLINK v2.0. And yes, it's still free.

From the app's description, we have a detailed changelog for v2.0:

Quite a step up in functionality then and well worth a second look for this 'quick and dirty' burst mode utility. You may remember that I gave the initial version of BLINK coverage here, followed by the news of the v1.2 update adding in flash support? 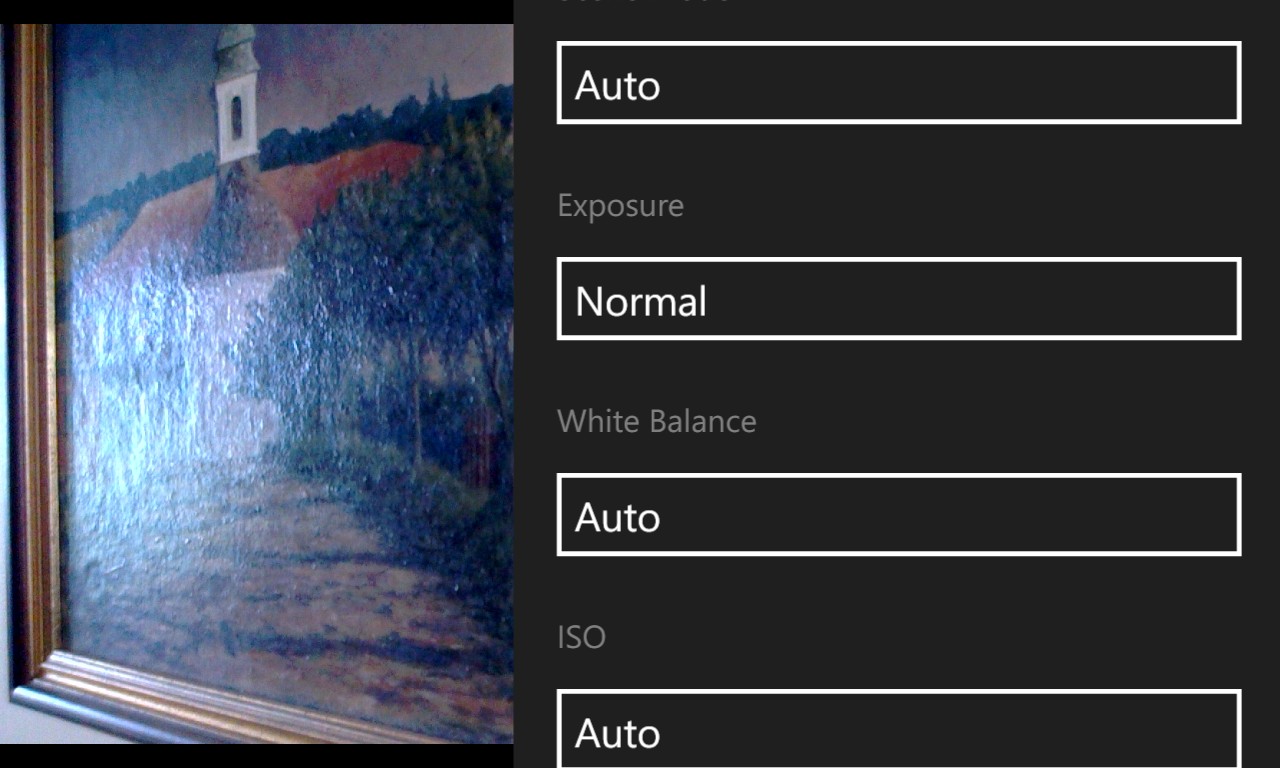 There's now a full range of camera settings. Not that you're likely to have time to stop and set these in a typical burst camera 'moment', but still handy to have! 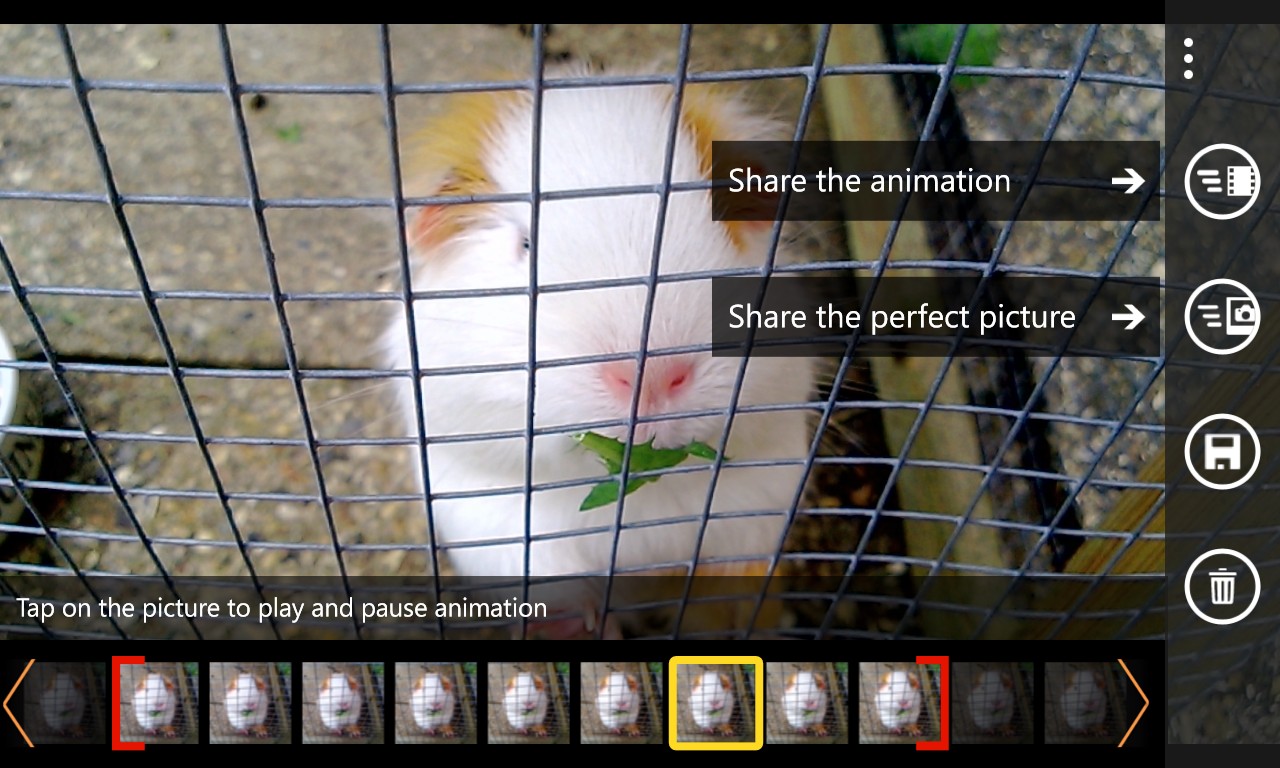 After capture (done by just tapping the screen, most easily), a suggested range of shots is picked for an animation (tap the screen again to start/stop this effect) and you can adjust both this and the 'perfect' photo, for onwards sharing. 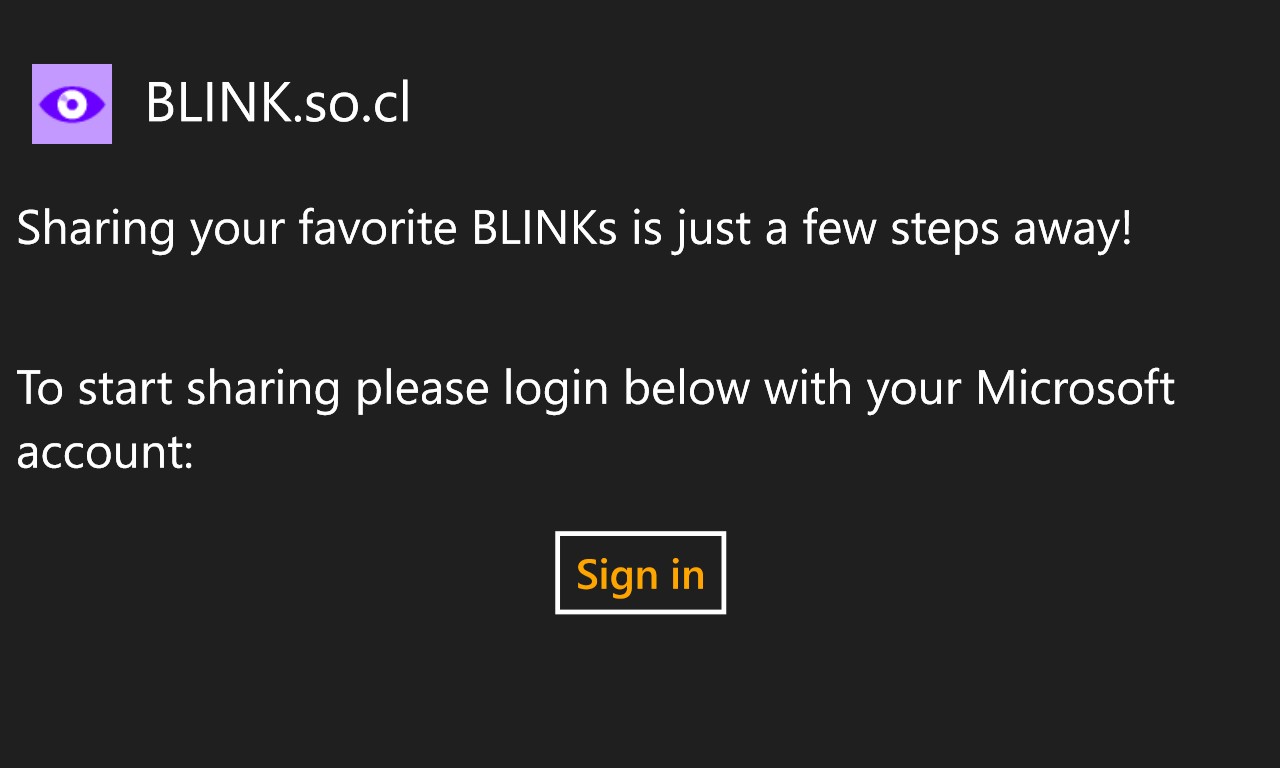 The animations are new, and sharing is built-in from the start, with a new server set up to handle them. You can use your usual Microsoft ID. 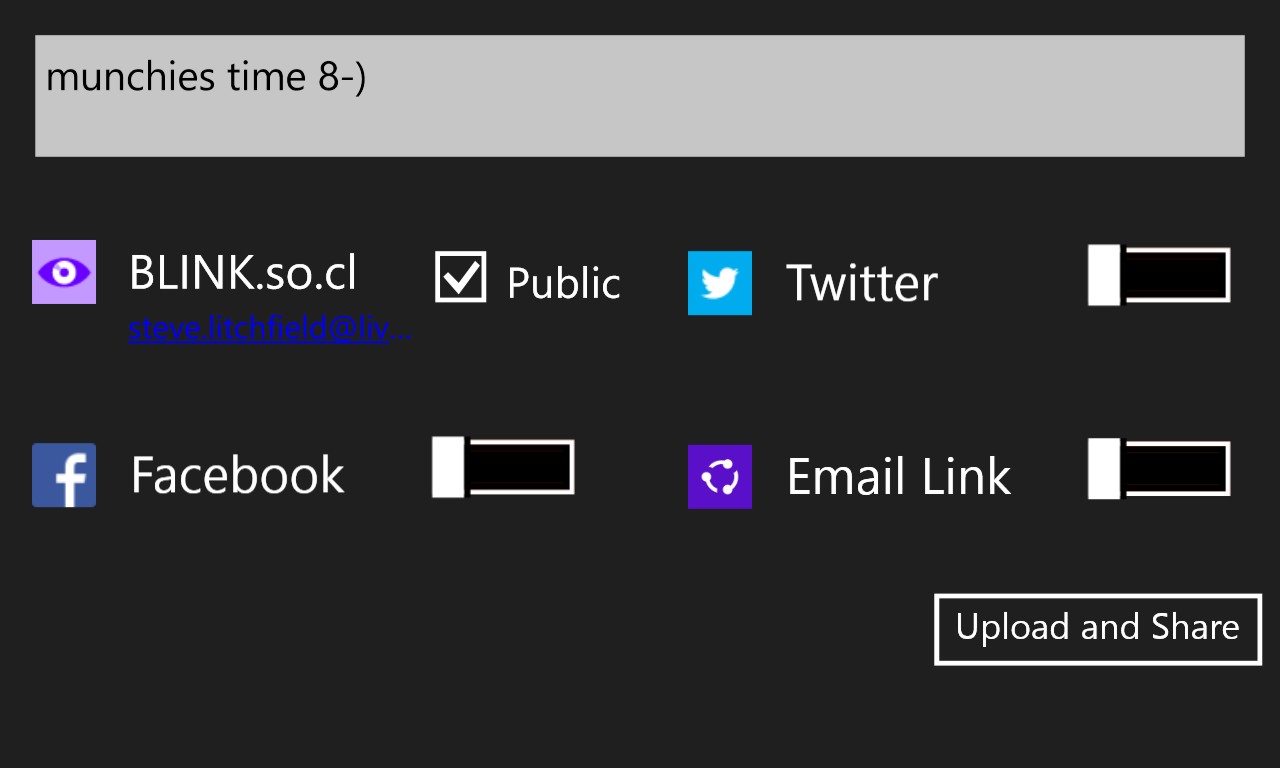 Sharing is easy, with other social networks being sent a hyperlink to the animation on BLINK.so.cl 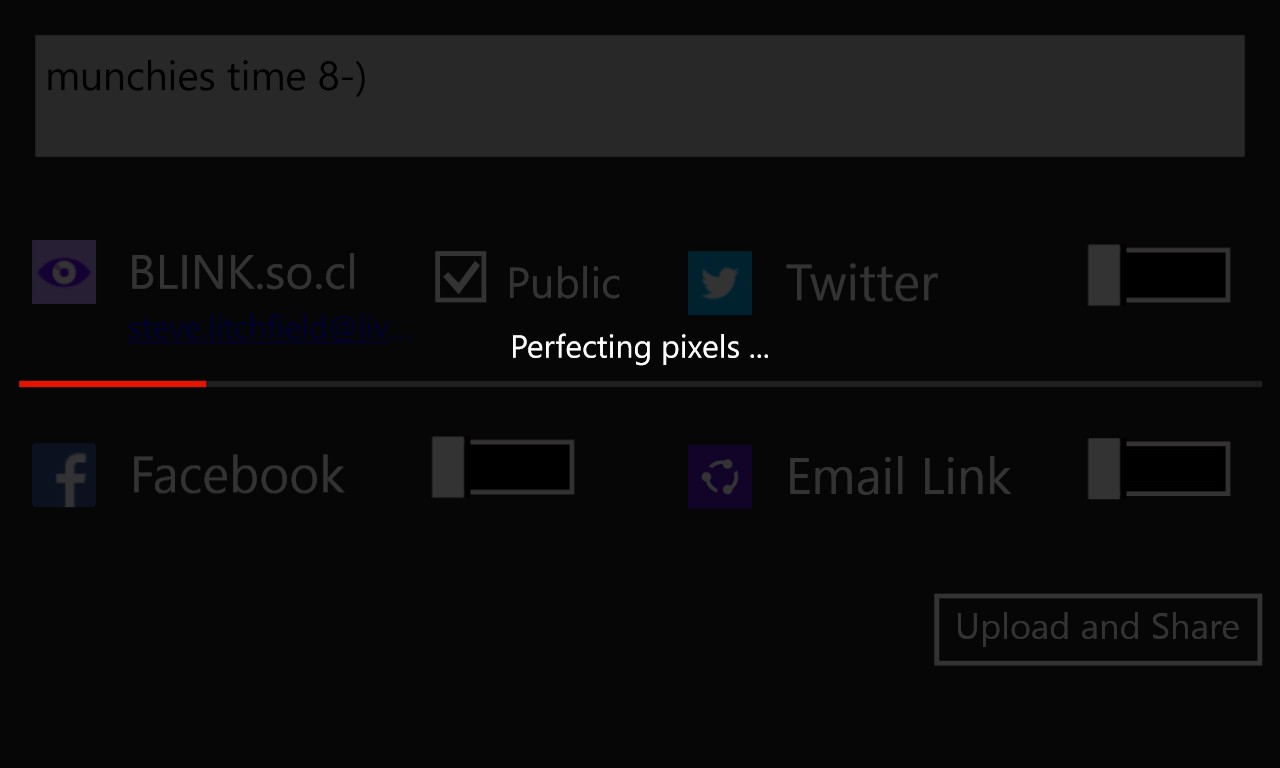 The photos are then merged into what is presumably an animated GIF (Cinegraph-style), ready for viewing in someone else's browser.... 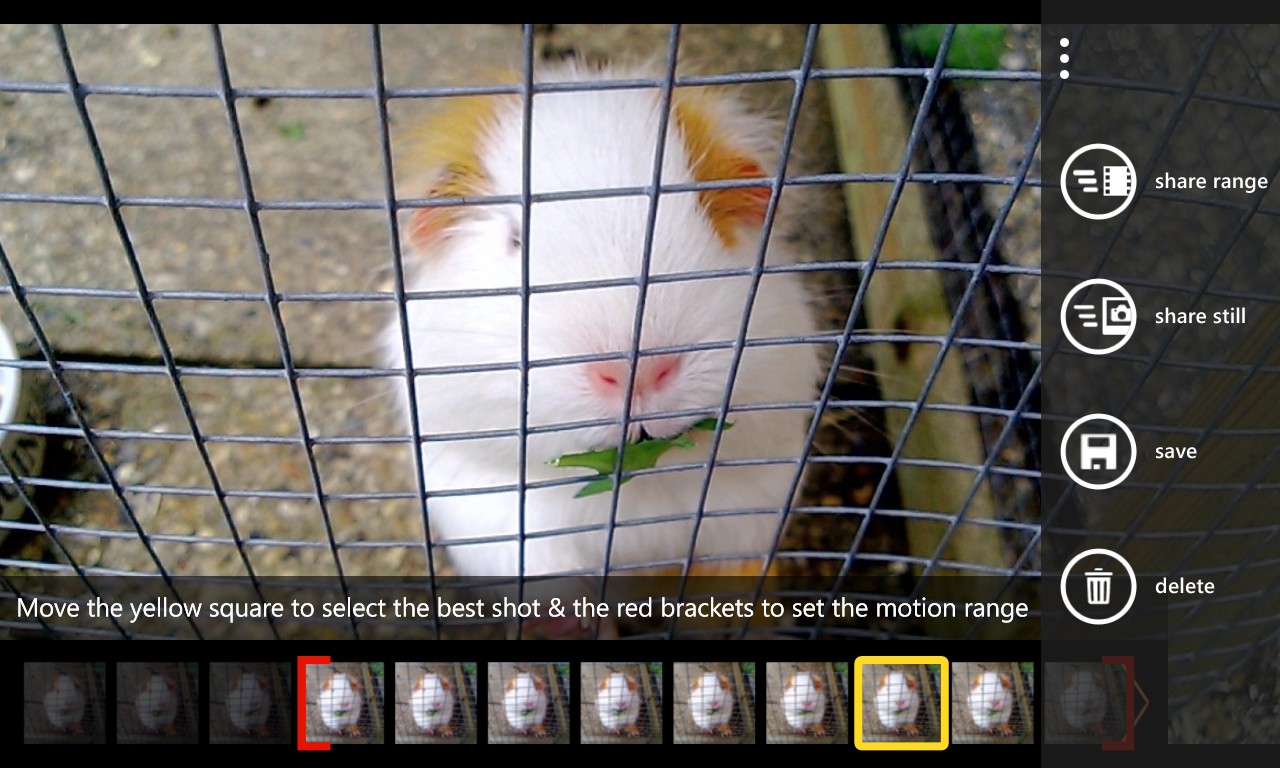 BLINK images are stored within the phone as-is, and can be restrospectively edited, tweaked and reshared.

All good stuff, especially for free, though do note that the same performance limitations as before (in the OS, mainly) limit the resolution of all BLINK photos to 1 megapixel - fine for social sharing but no good for printing, cropping or display at larger than screen resolution. This may be a showstopper to some.

The new BLINK.so.cl domain is now live and you can see the BLINK animation above here.

You can download Microsoft BLINK for free from the Windows Phone Store.