One fascinating aspect of the arrival of Nokia Pro Camera on the likes of the Nokia Lumia 920, 925 and 928 is that we now have a form of the Nokia Lumia 1020's 'reframing' capability for photos - but how is this possible, given the lack of the 41 megapixel sensor? What is the tradeoff here?

To investigate, I went a-snapping (as usual!) on my Nokia Lumia 920, which now has Windows Phone 8 GDR2 and Nokia Amber installed. In the garden, I found a conveniently stationary bumble bee: 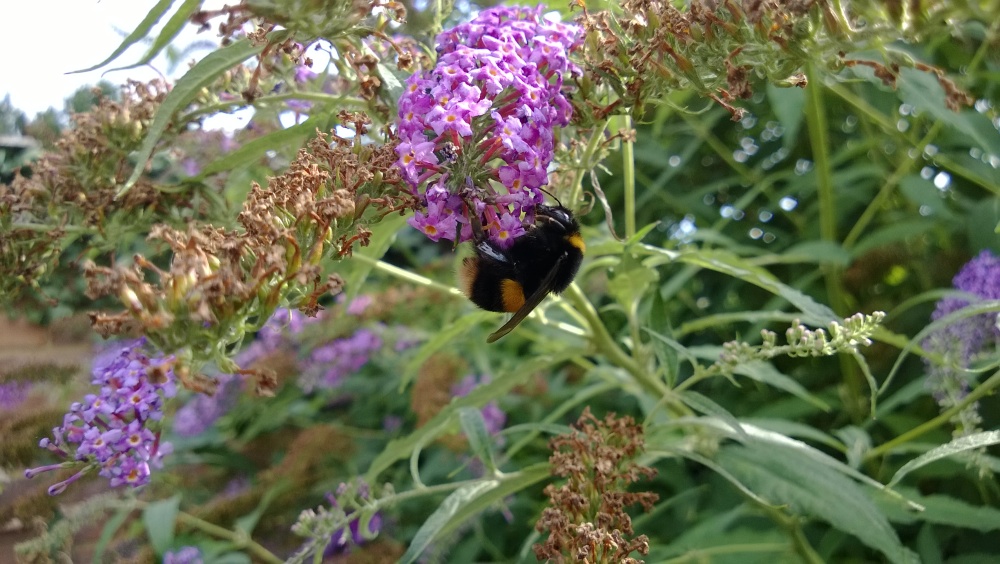 Opening this photo back up in Nokia Pro Camera, I tapped on the 'reframe' icon and then multi-touch zoomed in and rotated the shot using my fingers: 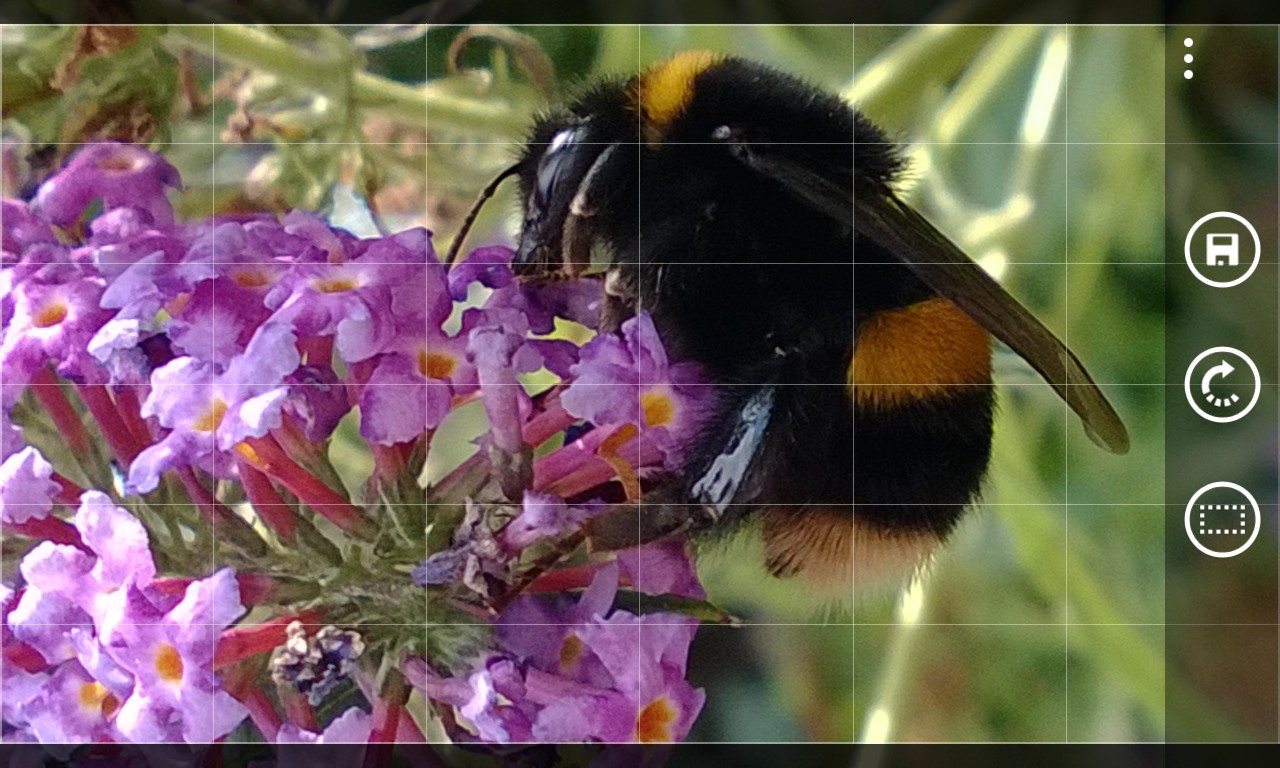 Tapping on the 'Save' icon then saves whatever's currently selected as its own JPG, separate from the underlying (typically 7 or 8 megapixel) JPG photo. In this case, here's my artistically rotated bee: 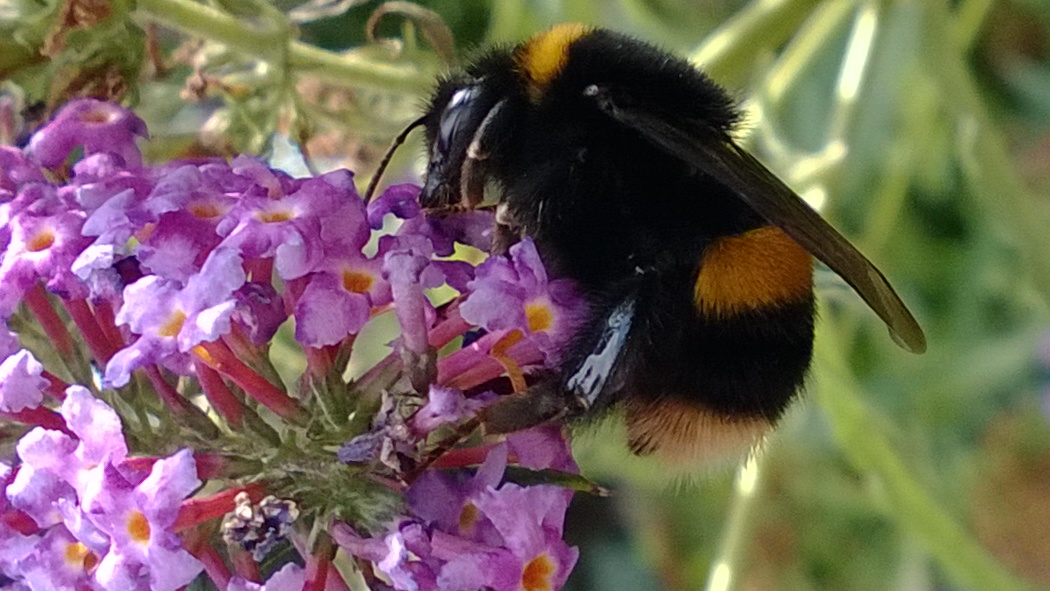 However, the caveat can be seen if you look closely, e.g. at the flowers on the left - there's clearly pixellation on show. What's happening, as Rafe described, is that the reframing function is effectively a 'smart crop' here on the lesser Lumia devices. The moment you start zooming in as part of your reframe, you're lowering the resolution of the resulting image - the bee above is barely 1 megapixel.

Having said that, 1 megapixel is still fine for sharing on social sites, making this reframing feature rather handy.

On the Lumia 1020, there's the huge benefit from so much underlying pixel detail that actual cropping doesn't occur until you're quite a way into the photo - before this point, you're effectively oversampling from the underlying pixels, with clarity and noise reduction benefits.

Kudos to Nokia though for letting us play with this software and interface on phones which have cameras which weren't actually designed to do this sort of thing!