Replacing the Lumia 1020's battery in under 5 minutes

You may remember that I featured LE55ONS's previous video, in which (in passing) he demonstrated how to (very quickly) reset the battery connection of the Lumia 1020, something which you don't normally get the luxury of doing in a 'sealed' device. He's been at it again, this time dismantling the Lumia 1020 much further and again, in the process, showing how relatively easy it is to get the battery out - and thus to replace it, a year or two down the line when its capacity is diminished.

In fact, as shown in this video, replacing the Lumia 1020's battery only involves: 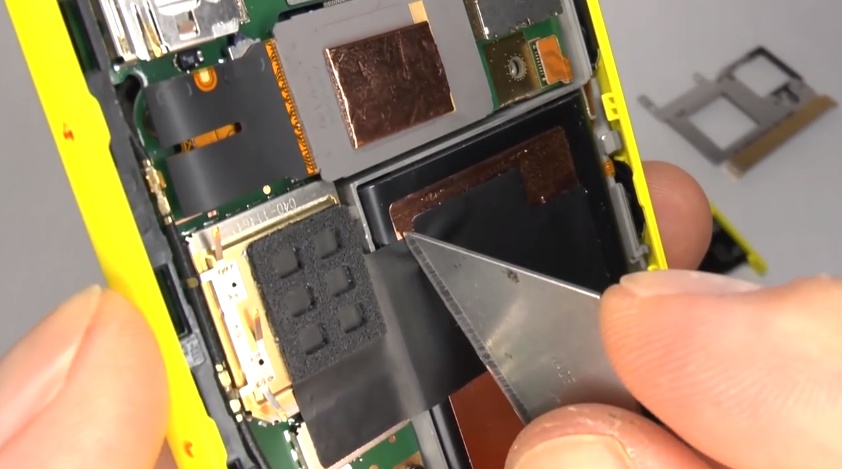 The only fly in the ointment seems to be that most 1020s have a strong heat sink tape across from the main processor, presumably because tha latter was found to be getting too hot when under severe load (e.g. processor intensive games) - this can't be easily removed and thus has to be cut. And, again presumably, when you've replaced the battery you might then be at risk of the processor getting too hot at times.

Mind you, assuming your 1020 was out of warranty anyway and a couple of years old (so perhaps some time in 2015), you might well fancy trading a small risk of processor overheating with much improved battery performance? That would be your call and it probably just depends on how much you hammer your 1020 processor with 3D games. 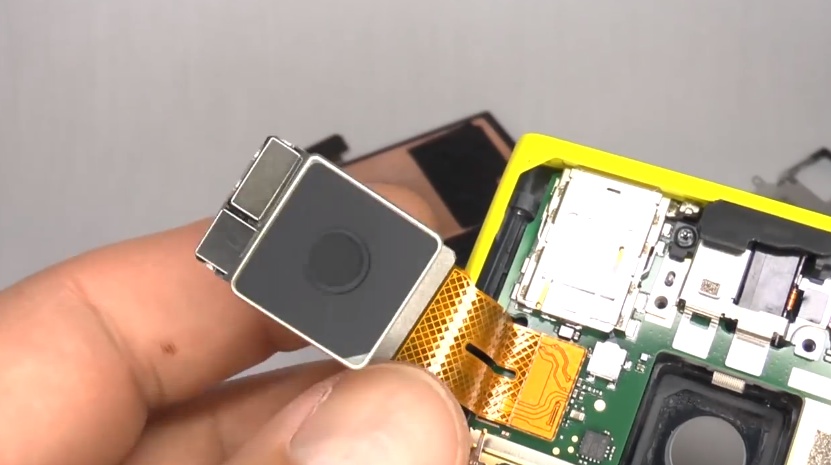 Scary (or cool, depending on your point of view) stuff! But useful to be aware of, and LE55ONS does such a fine job presenting these disassembles:

Would you undertake the battery replacement shown above? How big an issue do you think the heatsink tape is?