Windows Phone 8.1, the next major update to Microsoft's mobile platform, may arrive in consumers' hands as soon as late April, according to a rumour posted by ZDNet's Mary Jo Foley. In addition Foley notes that Microsoft will RTM (release to manufacturing) the new version just ahead of the Microsoft's Build 2014 conference.

Rumors have indicated that Windows Phone 8.1 (a k a "Blue") will RTM just prior to the kick off of Microsoft's Build 2014 conference, which starts April 2. From what I've heard, Windows Phone 8.1 won't be available to consumers until later this April, at the earliest, though developers will likely have access to the bits sooner than that.

Spring 2014 has long been the anticipated date for the announcement of Windows Phone 8.1, with Build 2014's April 2nd - 4th timing making it the logical event for the formal launch announcement. However, there have been some suggestions that the new version of Windows Phone would not arrive on consumer handsets until early summer.

Our own sources indicate that both the April and early summer dates have an element of truth to them. This is because Windows Phone 8.1, as with other Windows Phone software updates, will not arrive for all handsets at the same time. Developers will be first in line, with the update available for select devices as part of the Developer Preview Program (early April, with announcements at Build 2014). A small number of third party developers do already have, or are being granted access, access to the new platform under closely controlled and legally restricted conditions, but wider availability will have to wait until April. 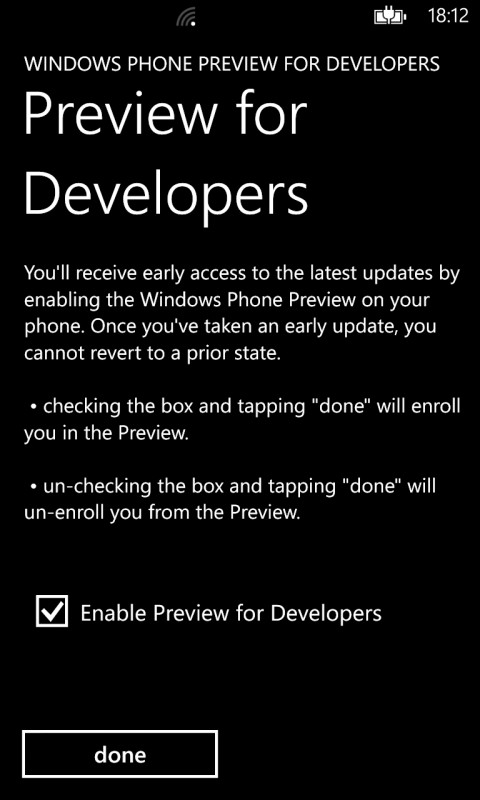 The first consumer availability for Windows Phone 8.1 will be on new, yet to be announced, devices (late April / May). There is also a suggestion that "Windows Phone 8.1 ready devices" will be among the first devices to get the new version (May). While our sources were unclear on the details of these "ready" devices it is thought to apply to devices launching between now and the availability date for Windows Phone 8.1 (e.g. devices launching at MWC). These "ready" devices may also be the same as the new devices referred to above. What is clear that some existing and to be announced devices will start shipping with Windows Phone 8.1 already installed out of the box in May or June.

Existing devices will get the update later (May / June / July), with the priority going to more recently released devices (e.g. Lumia 1020 and 925). As with other update operator approvals and other certification requirements may slow this process and it possible that some operator specific devices (e.g. Lumia 810) will not receiver the update at all.

Almost all existing Windows Phone 8 devices are expected to receive the Windows Phone 8.1 update, but there may be some feature limitations and restrictions due to available memory and hardware requirements. This applies particularly to the lower specification (512MB RAM) devices and is equivalent to the limitations in some of the Lumia Black updates for these devices (e.g. app availability, resolution in Smart camera mode in Nokia Camera app, and so on).