And this week's Windows Phone Store plague is....

Honestly - how difficult is it to compare two ASCII strings? Beginners to coding have been doing this since the 1980s, yet Microsoft's Store team seem incapable of managing to differentiate applications. We've ranted before about this issue, but I've noticed another plague, even worse than the Flappy Bird menace, hitting the Windows Phone Store: 2048. Times a HUNDRED.

Here's screenshot proof, from the Windows Phone Store as of this morning: 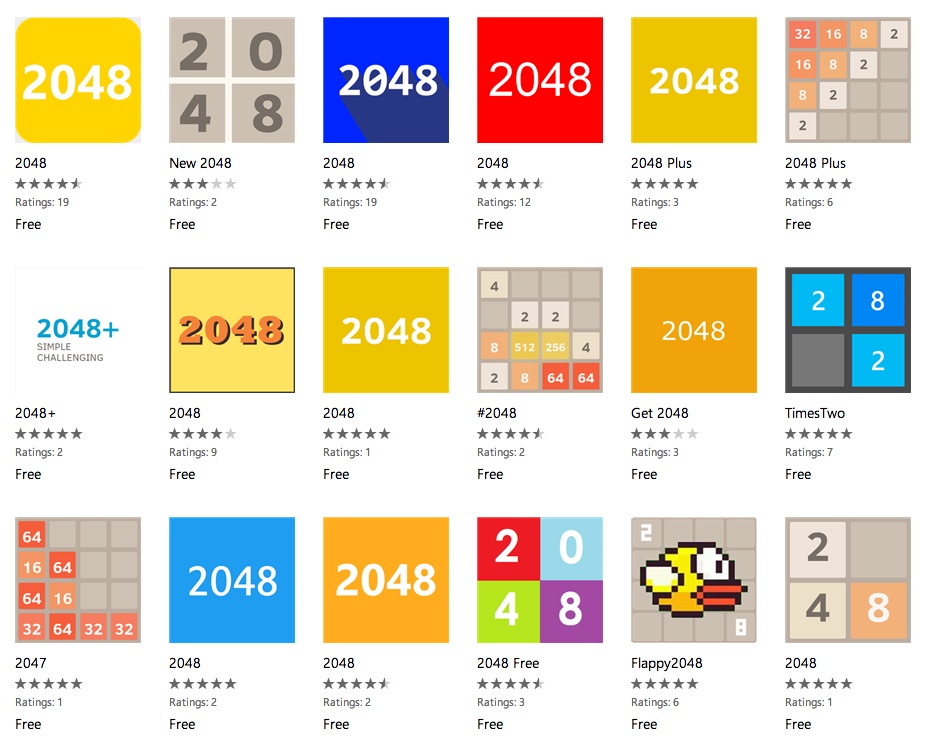 This is getting utterly ridiculous - the screenshot above is just the first batch of over a HUNDRED applications called '2048' or '2048 pro', etc.

The eagle-eyed will even spot there's 'Flappy2048', neatly combining two different plagues!! I wrote about the Flappy Bird fiasco here.

As I hinted above, it's utterly trivial to look in the Store for existing applications with the same name before approving a new title, so why is Microsoft continually allowing plagues like this? The pollution of search matches and of 'new apps' lists is quite appalling, rolling from one fad to another and with very little imagination.

The only answer seems to be that Microsoft is desperate to raise the overall app numbers in the Store, but it seems an utterly futile tactic to me.

PS. Of course, if you actually did want to play 2048, then see our round-up here.