Last covered here in my round-up of audio capture utilities (which it won), Audio Recorder Pro has been steadily updated, with the latest update rounding out OneDrive support, for uploading your recordings. See below for the full changelog - highly recommended.

Here are the changes since for v2.0.3.0 since the version covered in the round-up:

Quite an update then, for a top utility. Here it is in action on the Lumia 1020 running Windows Phone 8.1: 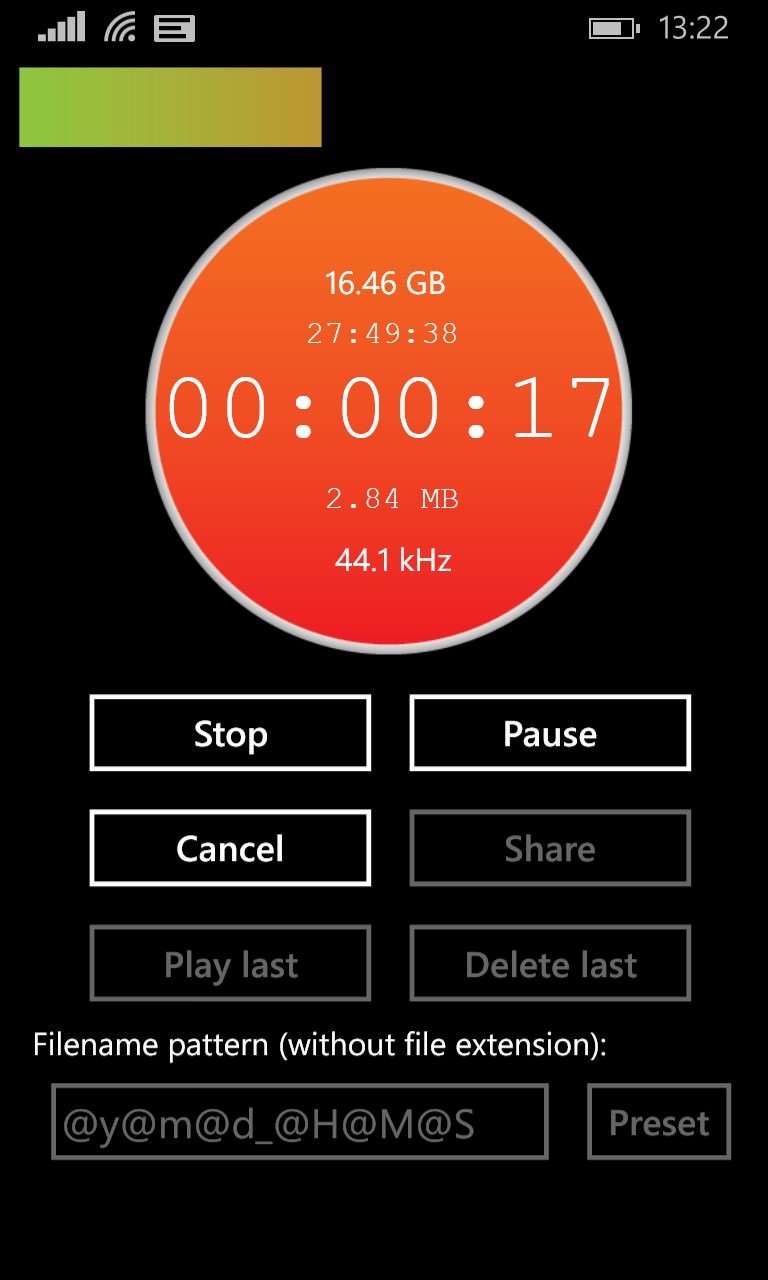 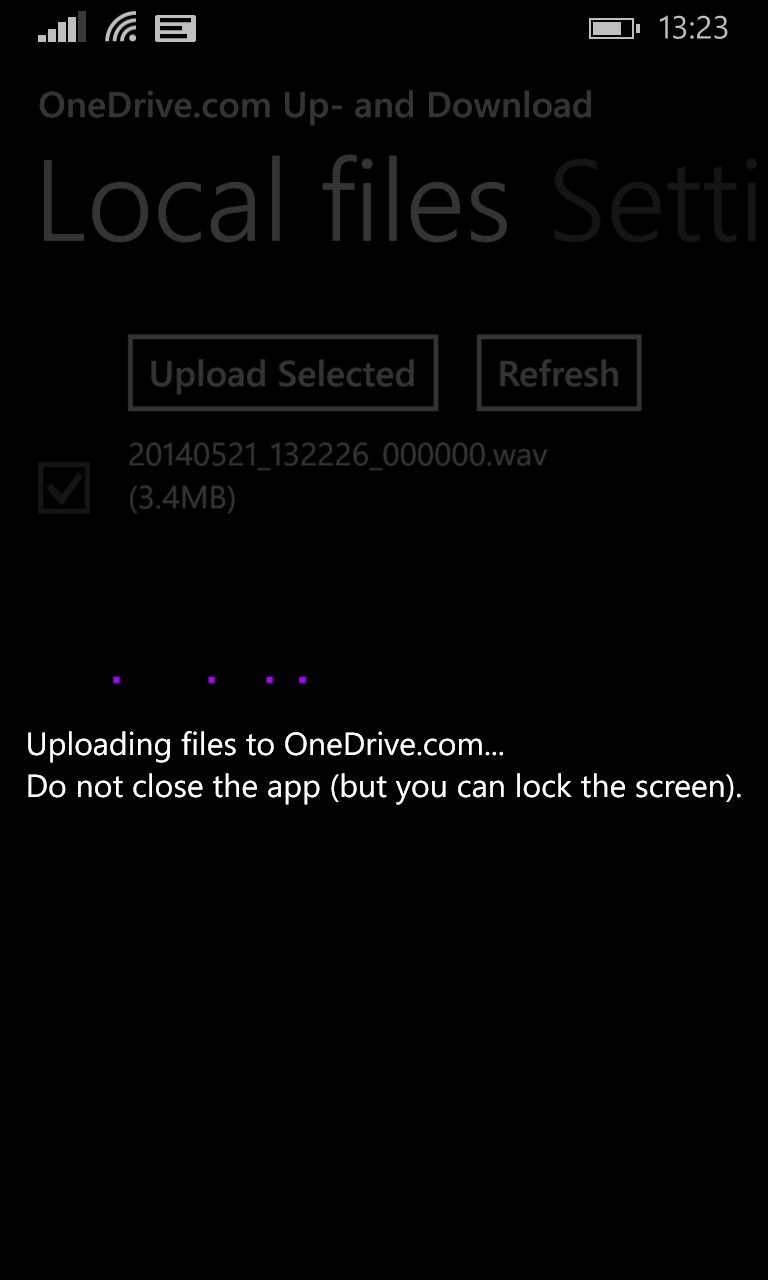 Recording in action in the full version of the application (there's a trial version with ads), note the VU meter across the top of the screen;(right) uploading a recording to OneDrive 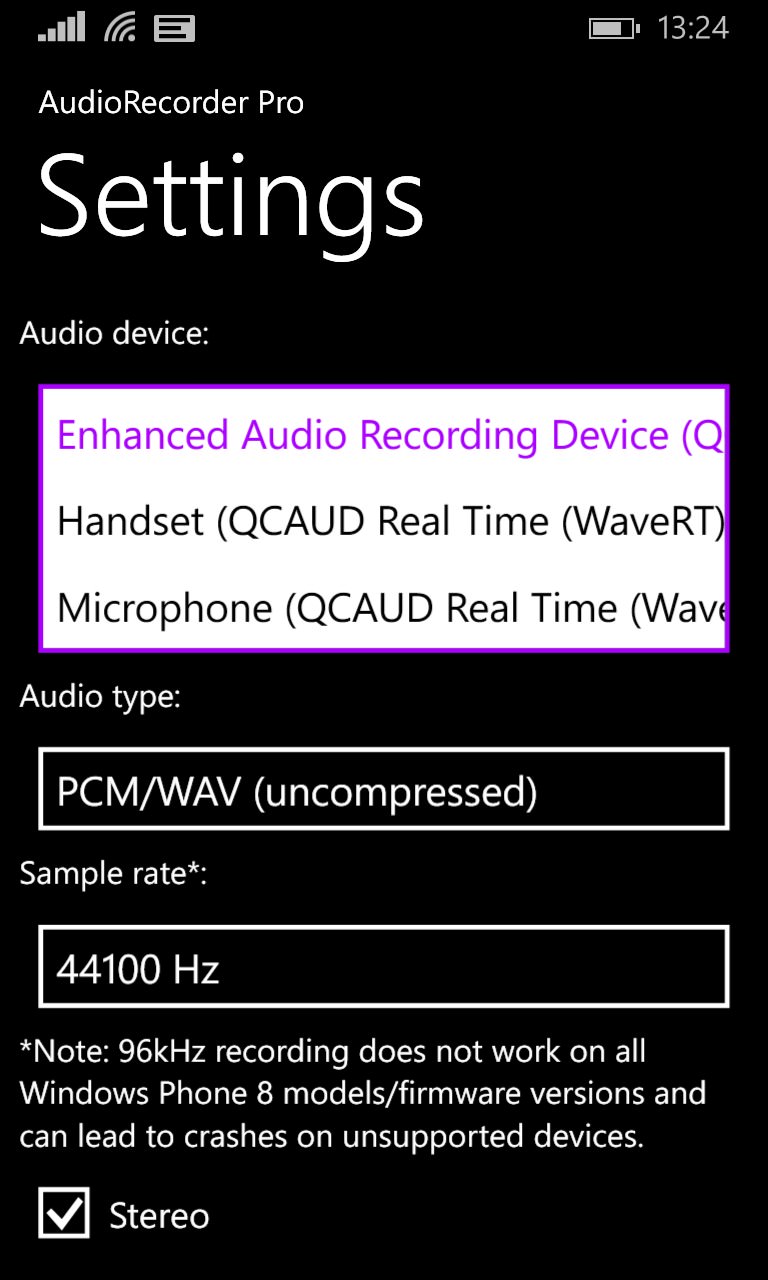 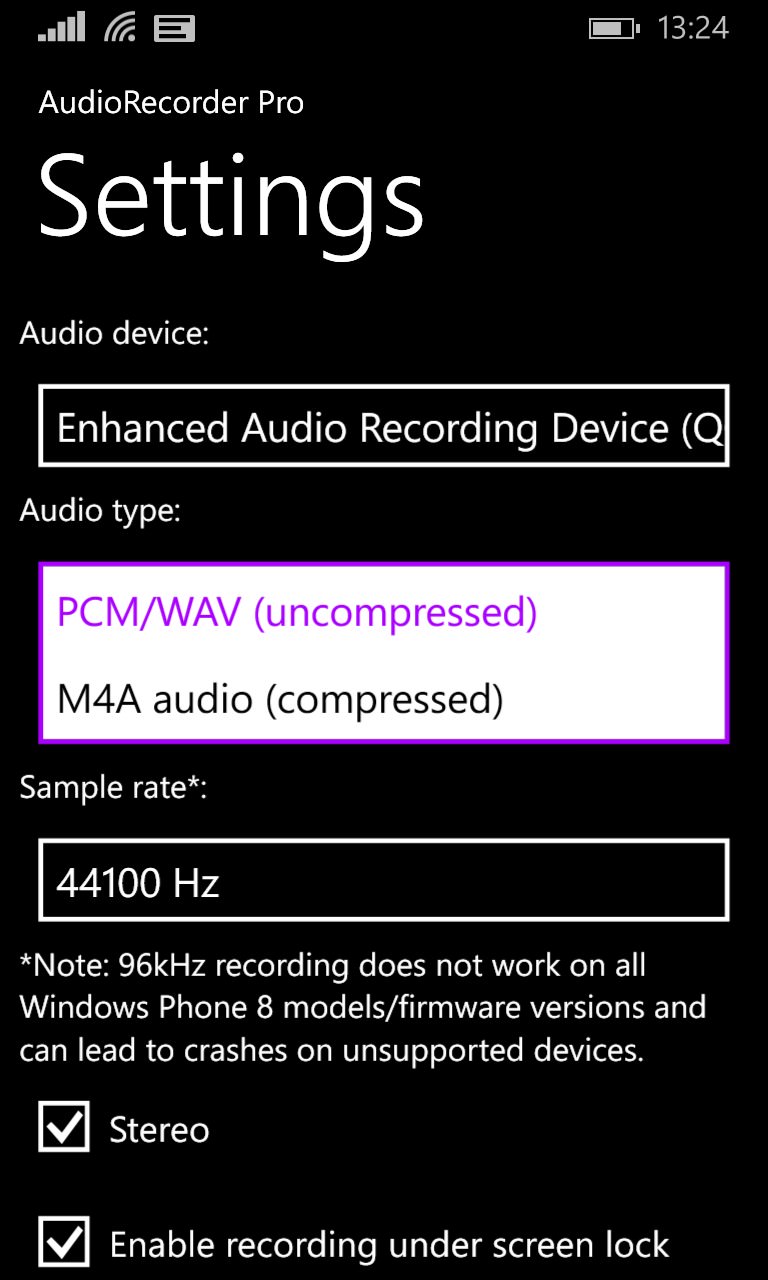 Experimenting with some of the recording device and audio format settings - plenty here to try out!!!

Arguably, there's too much to fiddle with here - but then if you're after ultimate quality...?

You can buy or update Audio Recorder Pro here in the Store.