About bloomin' time. Microsoft's Windows Phone Store team has publicly started addressing the issue of name trolls in the Store - applications with deliberately misleading names (e.g. the name of a popular app or service), leading to confusion and disappointment on the part of users. The work is ongoing, but in the meantime we're celebrating a slightly leaner and cleaner Store.

Every app store finds its own balance between app quality and choice, which in turn opens the door to people trying to game the system with misleading titles or descriptions. Our approach has long been to create and enforce strong but transparent policies to govern our certification and store experience. Earlier this year we heard loud and clear that people were finding it more difficult to find the apps they were searching for; often having to sort through lists of apps with confusing or misleading titles. We took the feedback seriously and modified the Windows Store app certification requirements as a first step toward better ensuring that apps are named and described in a way that doesn’t misrepresent their purpose. These changes included:

These revised policies are being applied to all new app submissions and existing app updates for both the Windows and Windows Phone Store. We’ve also been working on titles already in the catalog, conducting a review of Windows Store to identify titles that do not comply with our modified certification requirements. This process is continuing as we work to be as thorough and transparent as possible in our review. Most of the developers behind apps that are found to violate our policies have good intentions and agree to make the necessary changes when notified. Others have been less receptive, causing us to remove more than 1,500 apps as part of this review so far (as always we will gladly refund the cost of an app that is downloaded as a result of an erroneous title or description).

The Store review is ongoing and we recognize that we have more work to do, but we’re on it. We’re applying additional resources to speed up the review process and identify more problem apps faster.

Very good to hear. I did a few spot checks, searching for popular apps and services, and in all cases only got the one official match now, a huge improvement from the situation as it was a year ago (I've ranted enough about this in the past, e.g. here). For example, here's a search on 'Facebook': 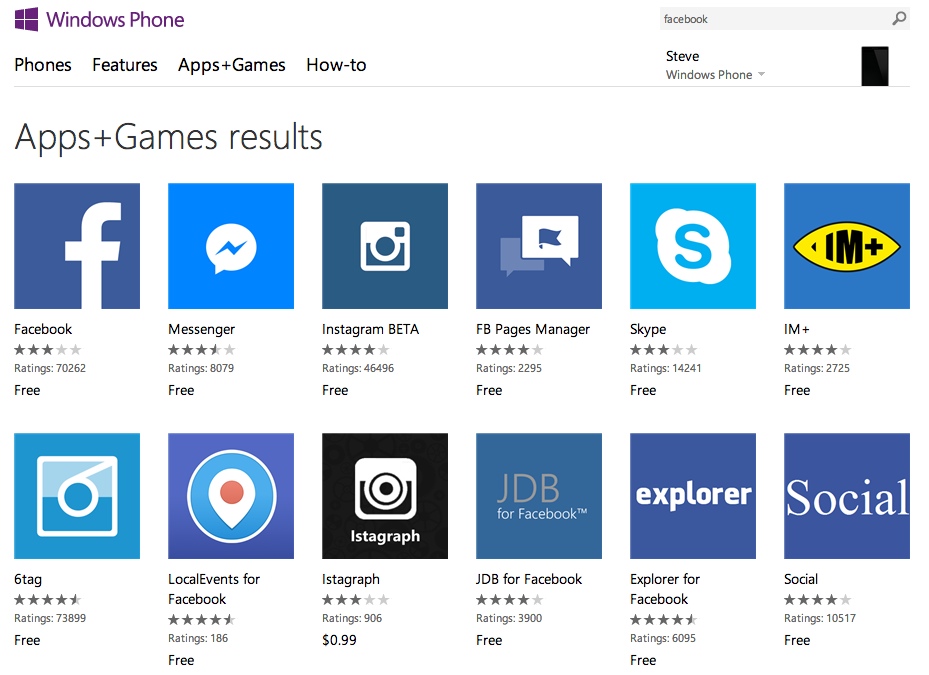 I suspect that Microsoft has started with official and commercial apps and services - Amazon, Twitter, etc. all came up fine, though less official titles are still prone to confusion - I couldn't resist searching for Flappy Bird again(!): 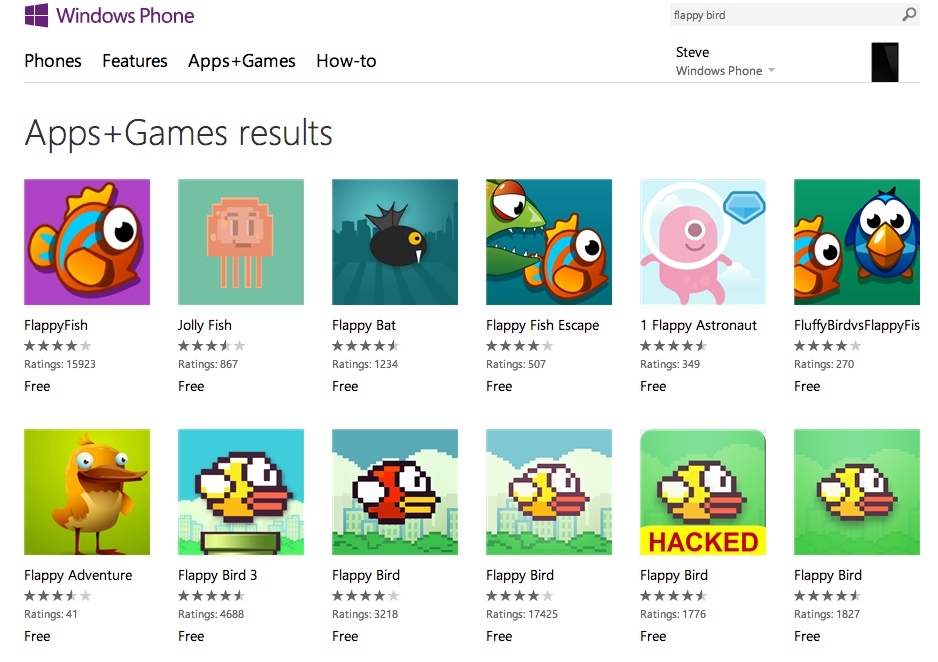 Early days for the curated clean-up, then - and for low-brand titles I don't envy the decisions that may have to be made as to 'which' apps get cut.

Microsoft does encourage people to report any issues they may encounter with Windows Store. For most issues, customers can use the “report concern to Microsoft” link in the Store. For infringements concerns, people can use the online tools or email reportapp@microsoft.com directly.

Credit where credit is due. Now keep up the clean-up momentum!