It's rare that I come across an idea or application that's so brilliantly conceived and yet so lacking in effectiveness in the real world. PhotoMath aims to recognise equations that need solving and, well, solve them for you. The problem is that it's incredibly rare, other than perhaps on a high school exam test paper, to have an equation that's clear enough and easy enough to be captured and solved. And in such a case, there would be invigilators to stop you using a smartphone, so...

I don't want to be too negative - I really don't.  But I should point out that I have two A-grade O-levels in maths, two A-grade A-levels in maths, plus a degree in Physics, which involved an awful lot of maths, so I hopefully write all this with a fair degree of experience. Here's the pitch for PhotoMath, from the Store:

PhotoMath is the world's first camera calculator. Just point the camera towards a mathematical expression, and PhotoMath instantly displays the correct result. By pressing the steps button, you can see the full step-by-step solution. Use it to get help when you're stuck solving a math problem.

Children can use it as a tool which helps them to learn Math, while parents can use it to check their children's homework. With PhotoMath, you can have a Math teacher in your pocket.

Handwritten text is not supported, only printed problems from Math textbooks.

In fact, after an hour of trying PhotoMath with zero success, the word 'children' leaps out at me now in the app description. You see, if a maths question is hard enough for you, as an adult, to require a machine solution like this then almost by definition PhotoMath can't solve it either. The pitch, therefore, is that certain algebraic questions clearly laid out in printed text with plenty of white space, can be handled.

It's a bit of a niche use case!

What would be useful would be for neat handwritten equations to be recognised too, i.e. you could take a dense, printed equation and hand print it, more clearly, with plenty of white space - but no, whatever I did, my handwritten symbols weren't recognised - until the developers cope with this to some degree, PhotoMath is effectively cut off at the knees. 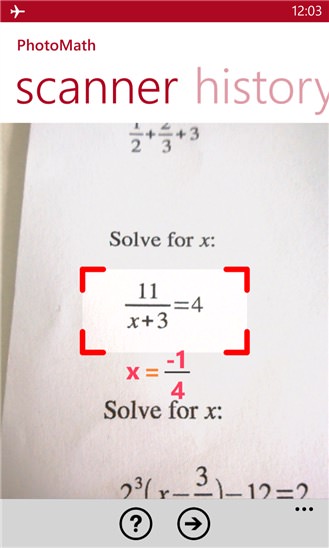 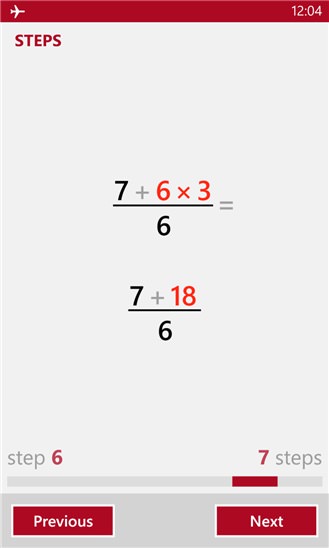 Two of the promo images, showing what SHOULD happen. In perfect circumstances, with a trivial equation, clearly laid out with masses of white space, in good lighting.... 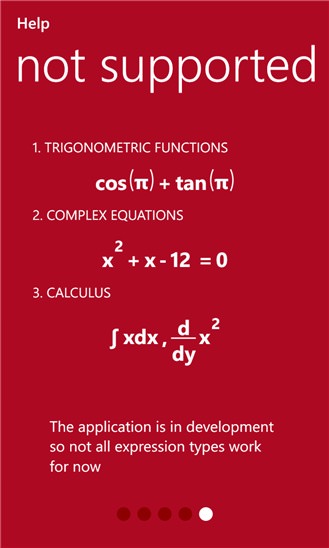 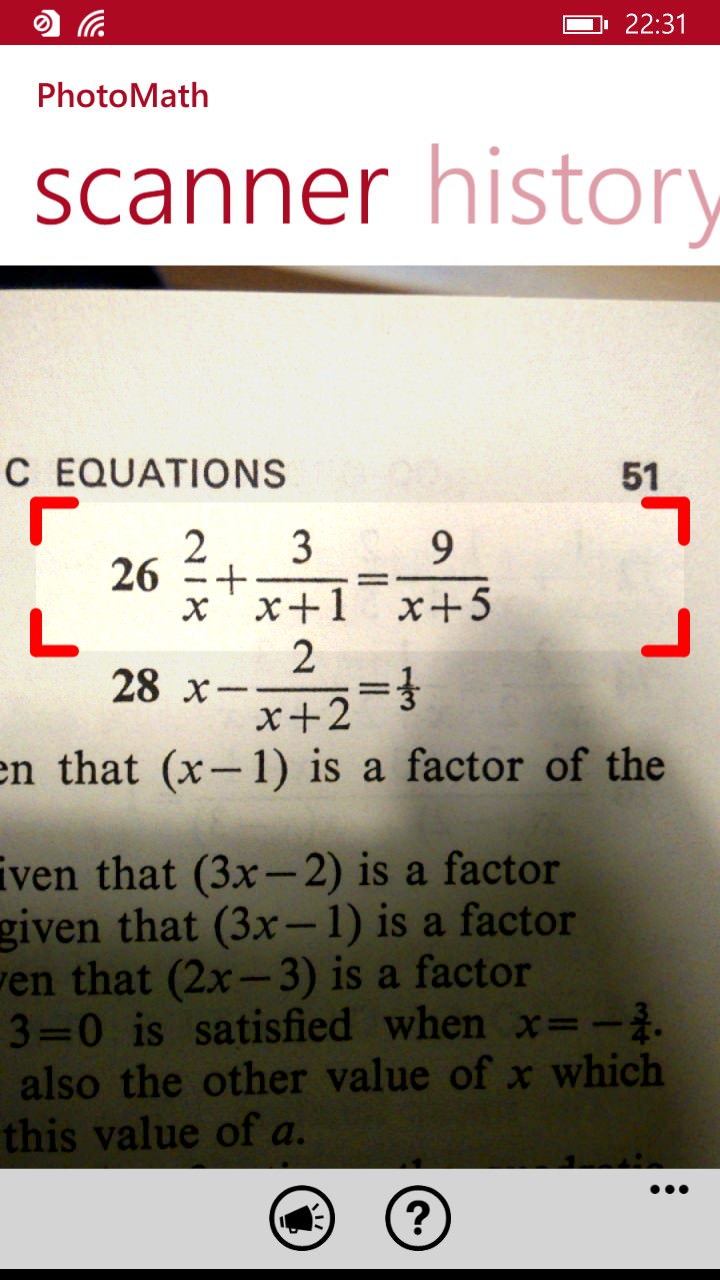 The tease of calculus is interesting - now, get this fully implemented and accept neat handwritten equations and then we're off to the ball game; (right) a typical real world homework equation to solve. I'm guessing the problem here is the leading 'problem number'. But by the time you'd Tipp-exed this out or somehow covered it up (the camera on my 830 wouldn't focus closer), you could have solved the equation by hand! 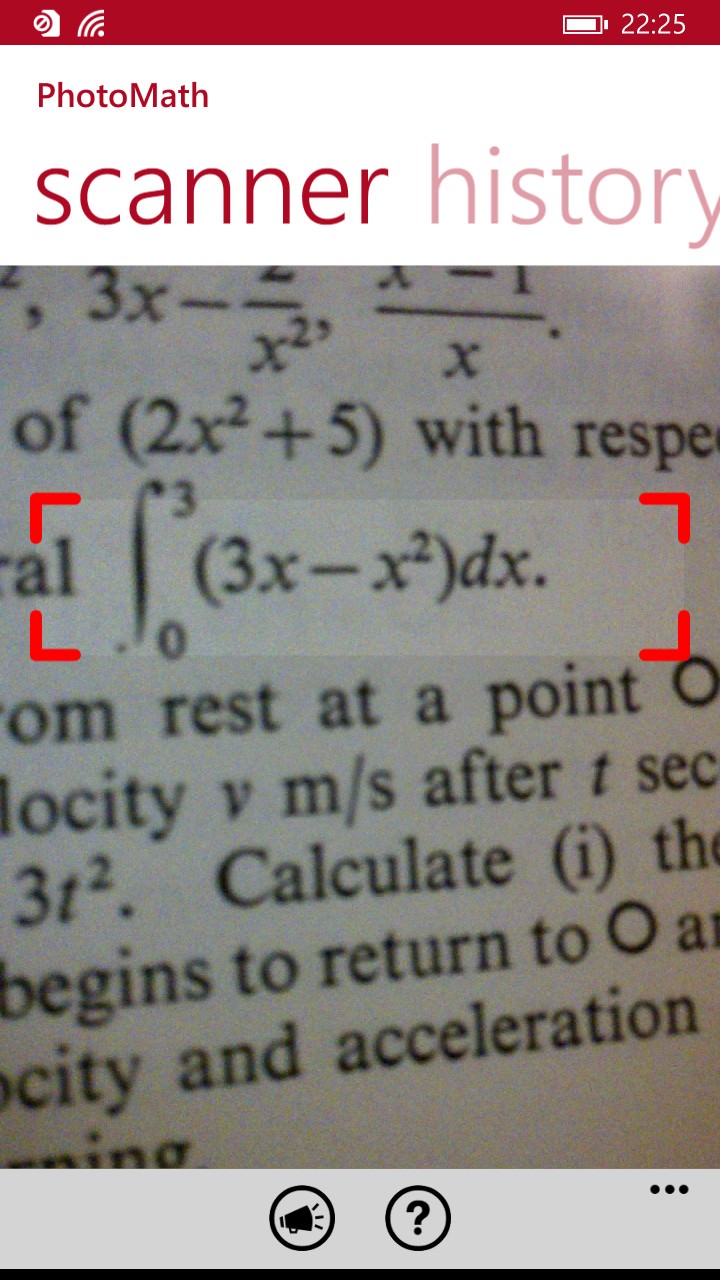 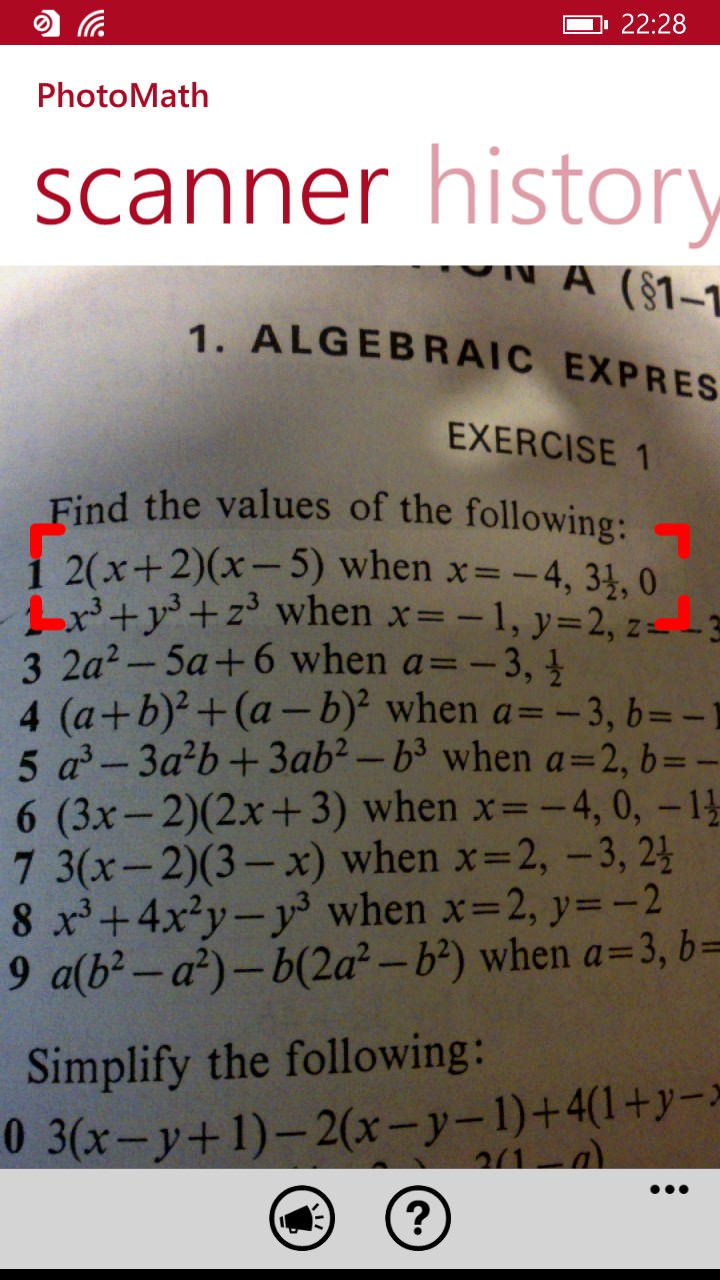 More attempts in various maths test/text books, all complete failures, the equations weren't even recognised. However I adjusted the scan window, whatever lighting I used, hwever close I got - no dice. 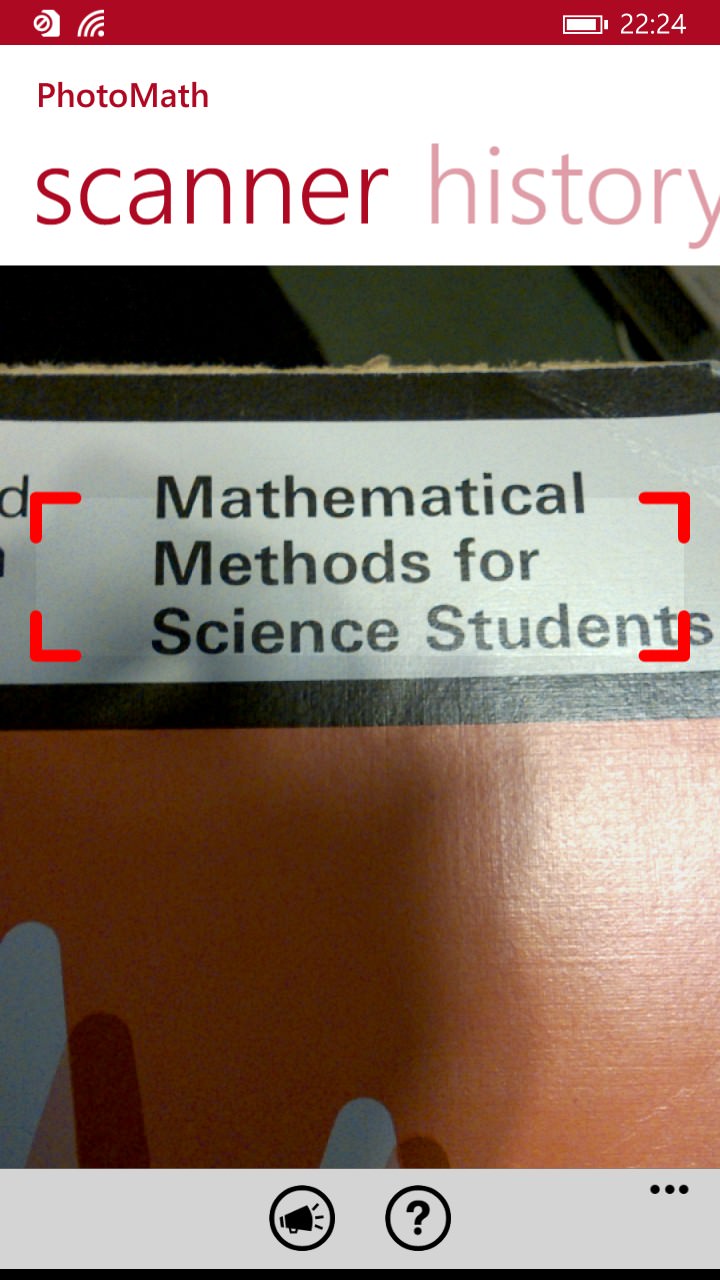 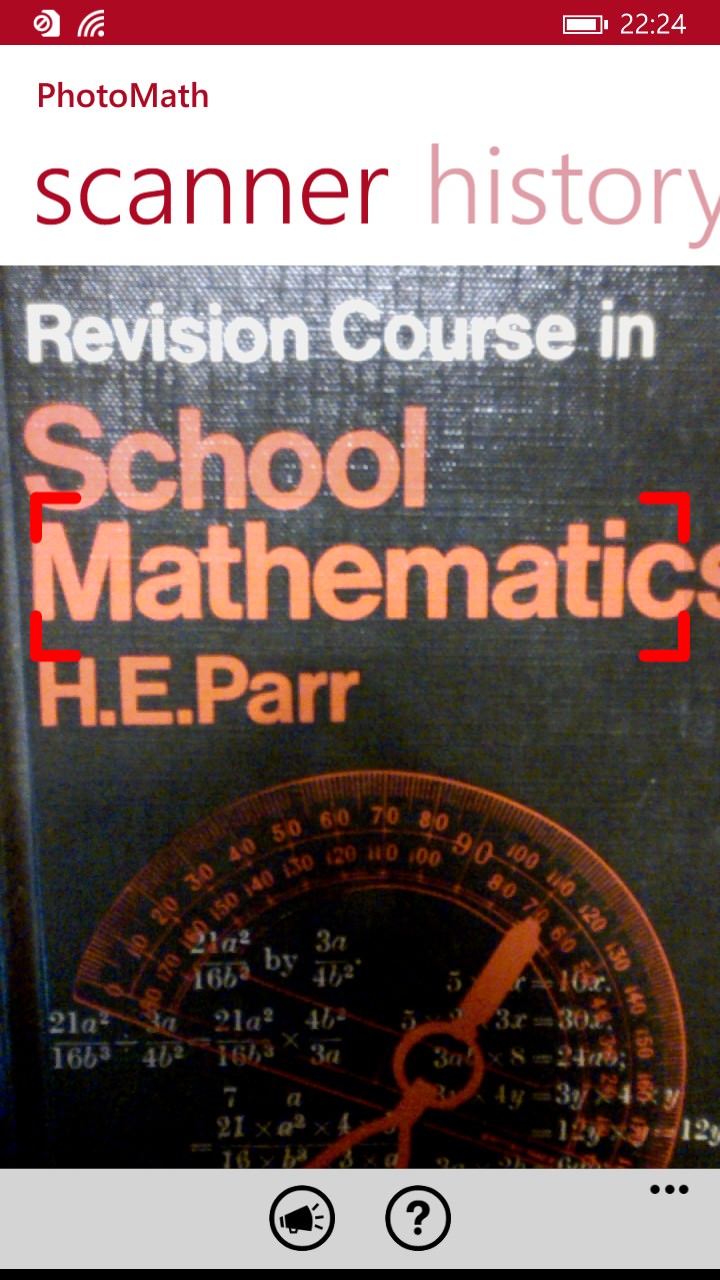 Starting with this text for first year university students (left), I soon worked out that I needed more basic equations, so tried the one on the right. Absolutely nothing in the book could be recognised or evaluated. Nothing.

A great idea then and one which I shall watch with interest. But at the moment, the only things PhotoMath can do could be done by any human in a matter of seconds. Moreover, the act of calculation and solving will stimulate your brain cells. Which, at my age, having forgotten more maths than most people will ever learn, has got to be a good thing!