Major updates appeared overnight for the popular Dropbox and Tweetium applications for Windows Phone, with changelogs quoted below. Both are must-installs, of course. Tweetium, if only that the official Twitter client is starting to look a little bare-bones by comparison, and the ability to see full-size media without having to load up a full conversation is very welcome here. Plus the Dropbox update includes an inspired UI decision...

Here's the Tweetium changelog for the new v3.6, helpfully broken down into summary and detail:

Details:
- Support for Quoted Tweet notifications for Pro users
-- Includes both push notifications and Connect+ support
-- Currently shares notification settings with Retweet notifications
-- These will be enabled by a server update soon after this app update is published
- Tapping/clicking image previews now loads the full-size image in the image viewer instead of expanding the thread
-- This can be changed back to the old behavior in Advanced Settings
- Quoted Tweets now include media previews
- Improvements to how tweets are added to the list as you scroll up to reduce jumpiness seen in certain cases
- More fixes to new-line/multi-line issues on phone
- Fixed a couple of error handling bugs, such as the error shown when viewing profiles with no tweets
- Fixed a bug where duplicate follow notifications could appear for Pro users in certain circumstances
- Fixed a bug where the same user could appear multiple times in the list of who has favorited a tweet if they favorited then unfav'd then re-fav'd
- Fixed a crash when opening the compose menu (i.e. drafts/snippets) while the app is a Share target
- Improvements to background task cancellation handling
- Small performance tweaks

Highly recommended, you can buy Tweetium from the Store here. Yes, it's commercial software, but I promise that you'll be happy - it's certainly the slickest I've seen for Twitter on Windows Phone. All for the price of a half pint of beer. It's a universal application too, so will work on Windows 8.x and above on the desktop/laptop too. Bargain! 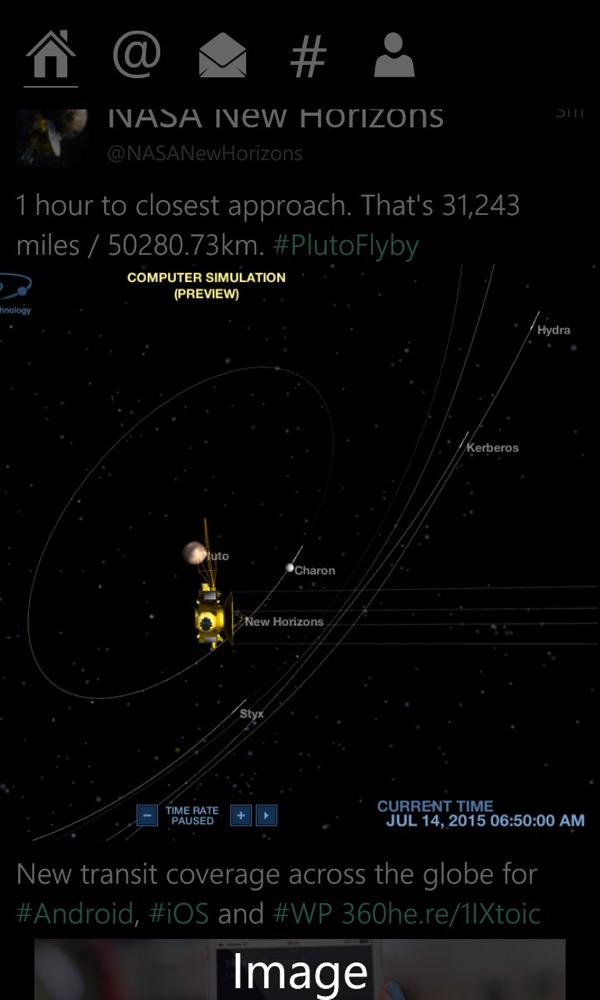 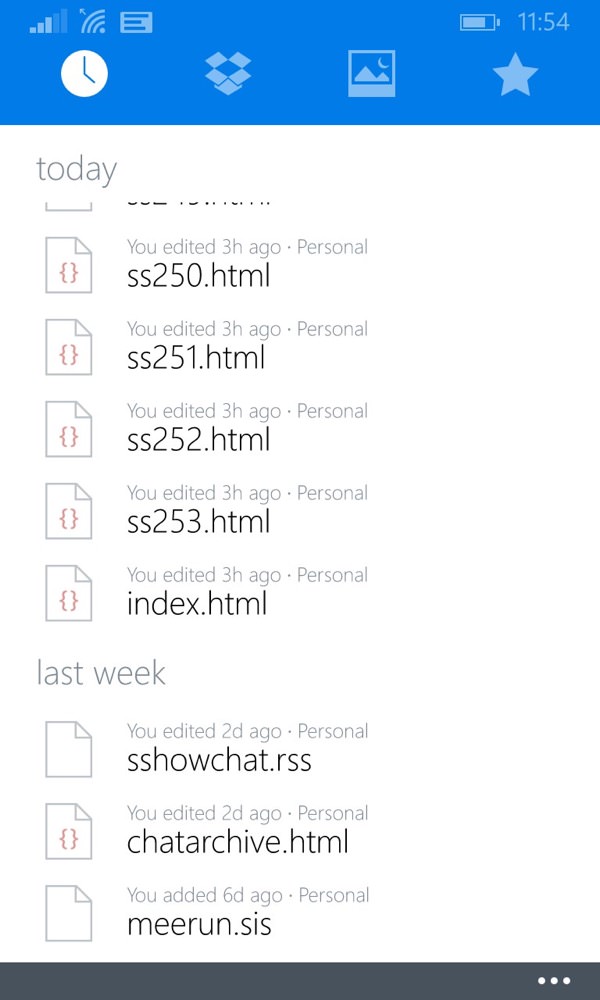 Tweetium, here zooming into a full size graphic embedded in a tweet (showing the Pluto approach) - and yes, it's not clear what's going on, but trust me, it's a big and speedy improvement! (right) The new Recent view in Dropbox, here successfully showing some of the files most recently updated in my Dropbox backup (I was updating my Phones Show web site, etc!)

And for the official Dropbox (again universal) client, now up to v2.2:

The 'Recents' bit is huge. Most of us have 90% static files, stuff we want online but rarely access - it's there for posterity. But that last 10%, recently uploaded and active, is now presented first and foremost, so the thing you're looking for will almost always be listed on the first page. Genius!

I'm not so sure about the video streaming bit - it's handy to have, but there are plenty of other ways to watch videos, most of which don't involve your Dropbox storage. Anyway, a decent update and you can grab or update Dropbox for free in the Store here.