Another Twitter client for Windows Phone. You'll remember that I did a comprehensive round-up? Well, there's another for the pot: 'Fenice for Twitter', which is pretty enough but it's still early days and the UI and functionality can't match the likes of Tweetium. Still, there are some screens, description and a link below if you fancy grabbing it.

In use it's all a bit basic compared to the competition, but hey, it's early days and the more Twitter clients the merrier! Here's a brief walkthrough: 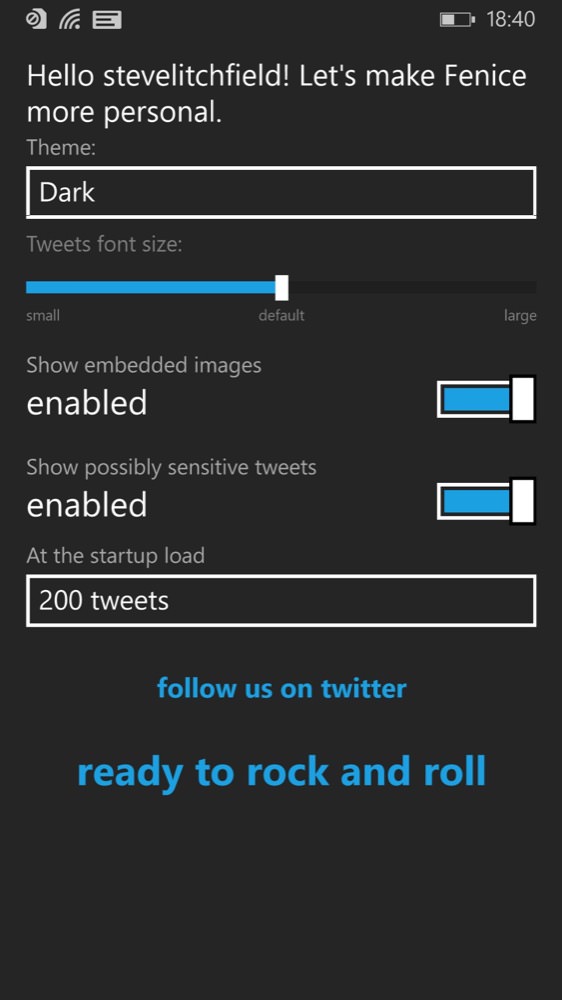 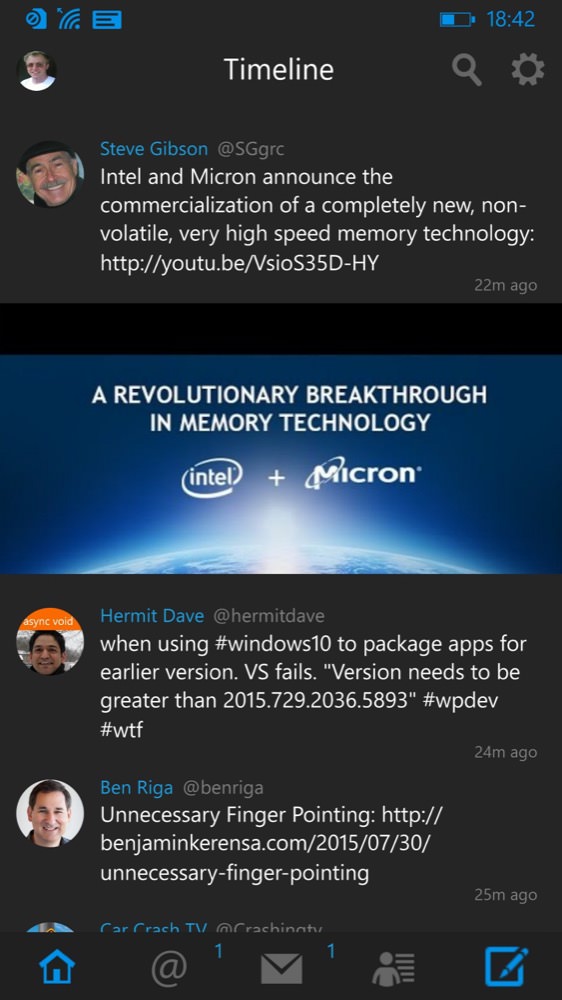 I loved the start up settings pane, with the most important parameters set up before you even see the main UI; (right) Fenice is very Windows 10-ish in layout and fonts - so far, so impressive! 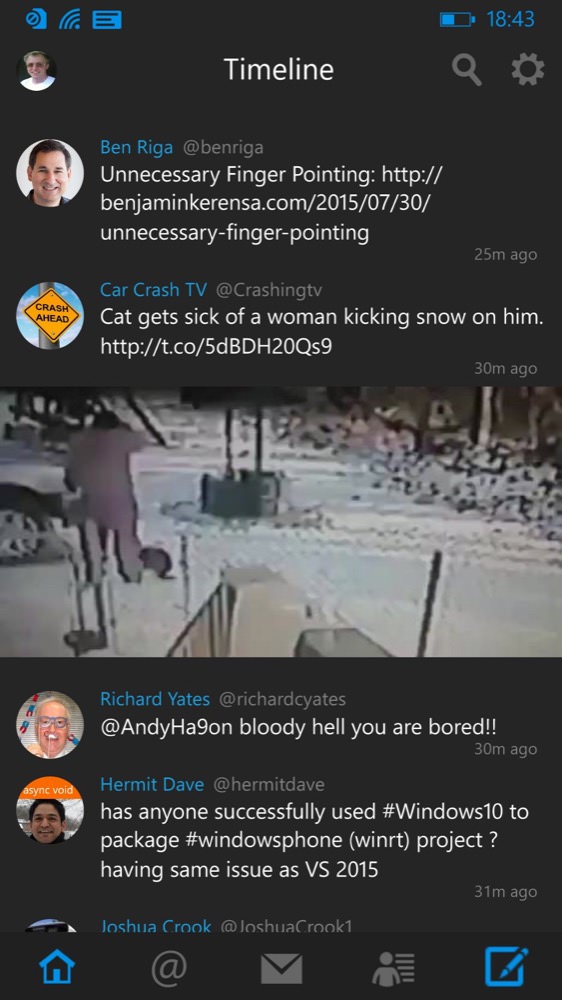 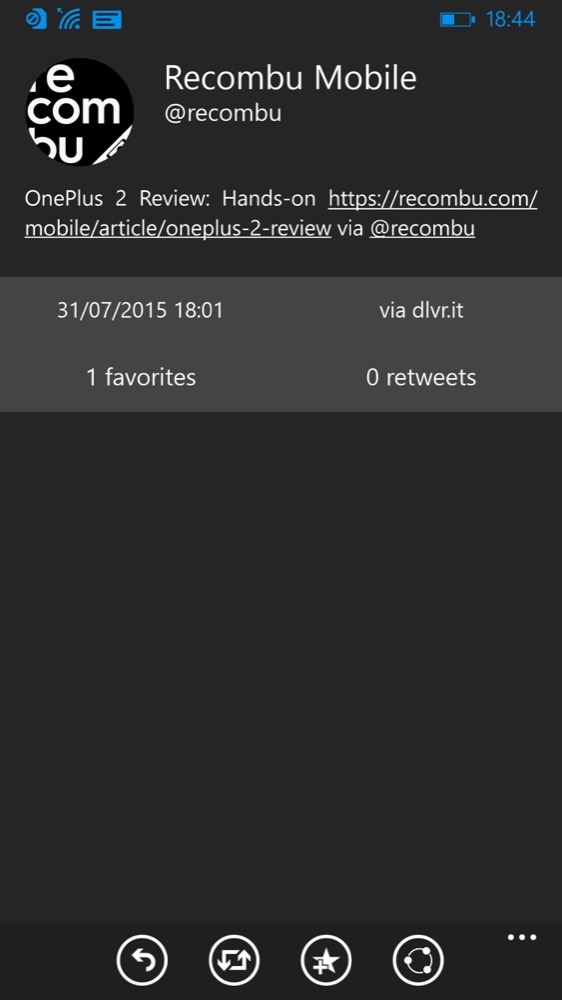 However, the depth of functionality is shallower than you might think, with (e.g.) no support for embedded videos here and (right) an uninspired separate pane for dealing with or responding to individual tweets. 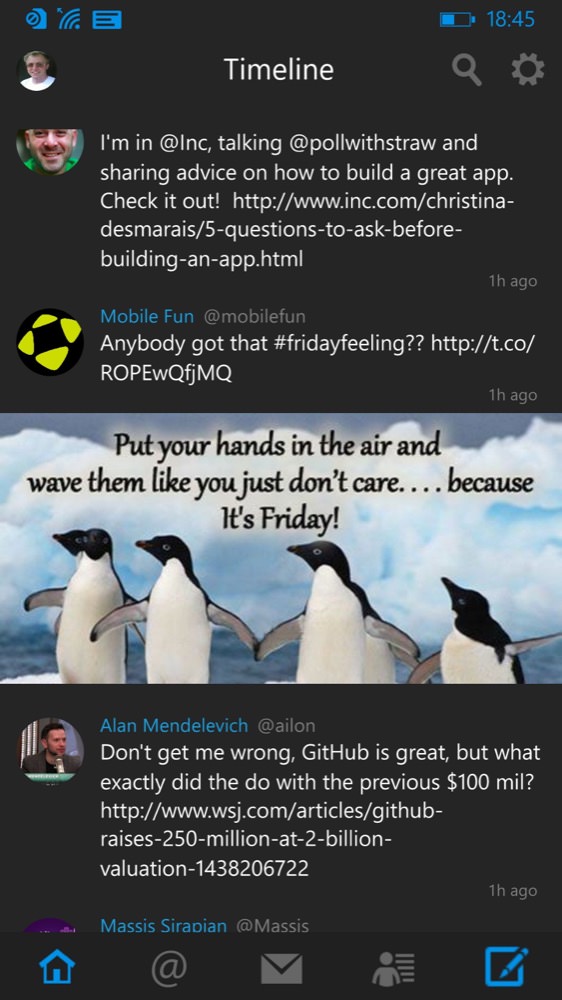 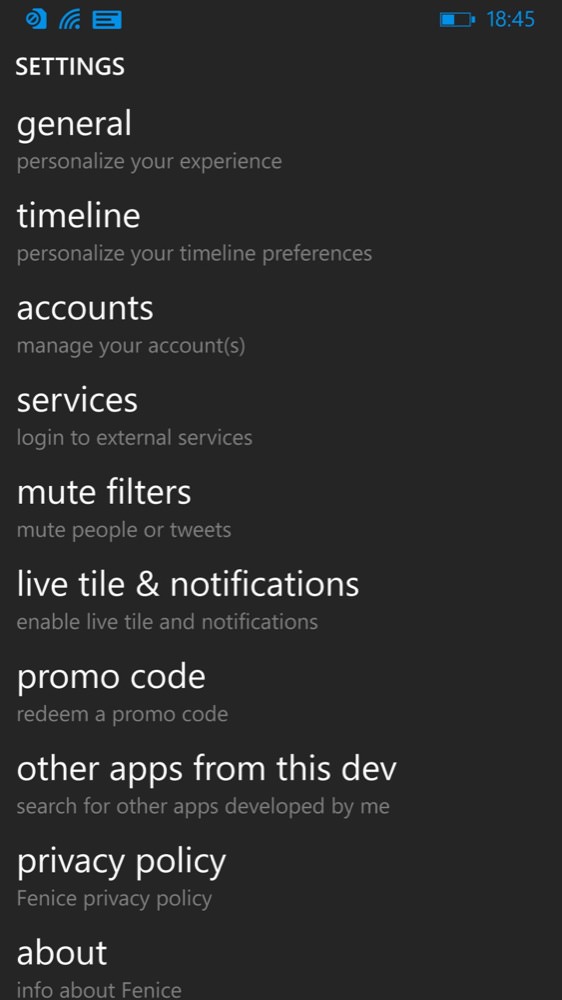 The UI shows promise overall though - the clear tabs along the bottom are a departure from the Windows Phone norm but do work well and never jarred; (right) the extensive main settings panorama, including setting up mute filters...

Fenice for Twitter is commercial software, but there's a 24 hour trial version, so you can take it for a spin.

Note that there's no background agent on Windows Phone, so there's a short wait each time you go back into Fenice, while new tweets are gathered. I'll add Fenice into my main comparison feature once it's had a few more updates and is mature.