In addition to the flagship Lumias launched yesterday afternoon, Microsoft also announced the next generation of its sole wearable, the Microsoft Band. The Band '2' is tougher, more functional and more form fitting than its predecessor (which, in fairness, I'd dubbed a 'prototype').

Plus all the sensors and features from the original Microsoft Band (here's my full review, as a reminder), here's the specs list:

The new Band 2 is still compatible with iOS, Android and Windows 10 Mobile/Windows Phone.

Microsoft also mentioned partnerships with MyFitness Pal, Strava, MapMyRun, Subway, Starbucks and Uber, so there has been much more thought about using the Microsoft Band as a general purpose smartwatch, i.e. all day, every day.

The new Band is quoted at $249 in the USA, so probably around £200 in the UK in November (along with the new Lumias).

See also the Microsoft Band (2) mini-site here. The new accessory looks sleeker and more comfortable than the original, though do note that it's still larger and heavier than most other smartwatch options. On the flip side, this has a heck of a lot more sensors and, arguably, a different use case, being more centred in your health and well being. Comments welcome! 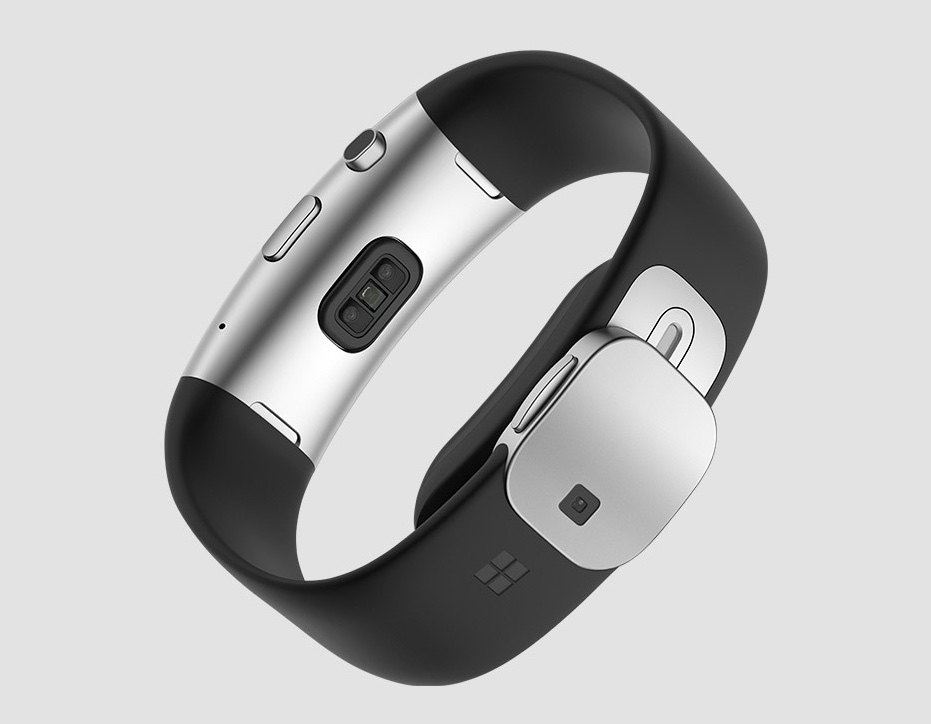 And an arty (and somewhat disingenuous) promo video, embedded below: