16 months ago, I reviewed the first version of Nextwave's cricket sim and gave it a thumbs up, and now it's back in a whole new v2, even if Microsoft's hopeless Store search can't find it yet. Which is why I link to it directly below. More animations, more action, slicker controls and the same... ridiculous scorelines!

Welcome to the Next Generation in Mobile Cricket Gaming! Every cricket lover can now have the most advanced mobile cricket game at the palm of their hands! You can play the maximum number of cricket shots including the famous Dil-scoop, the Helicopter shot and the Uper-Cut! This is a game built for you the cricket fan! You have loads to look forward to! You can customize your players and cheer you team with customized banners! You can also look forward to scintillating animations, more cricketing venues, new controls and new camera angles! ‘World Cricket Championship 2’ has features that makes it the most the most dynamic and versatile game in the world of mobile cricket. Be prepared for insane fun!!

Indeed. The full list of bullet point features is so impressive that it bears quoting in full - this may not be the most realistic cricket game ever in terms of scorelines, but just check out all the stuff you can do and see(!):

I gave the new version a quick spin and was impressed - it's quick and enjoyable - and with a modicum of skill, even if it is utterly frustrating that a perfectly bowled ball gets batted away for 6 and if the opposition manage 30 runs an over even on 'Medium' difficulty... 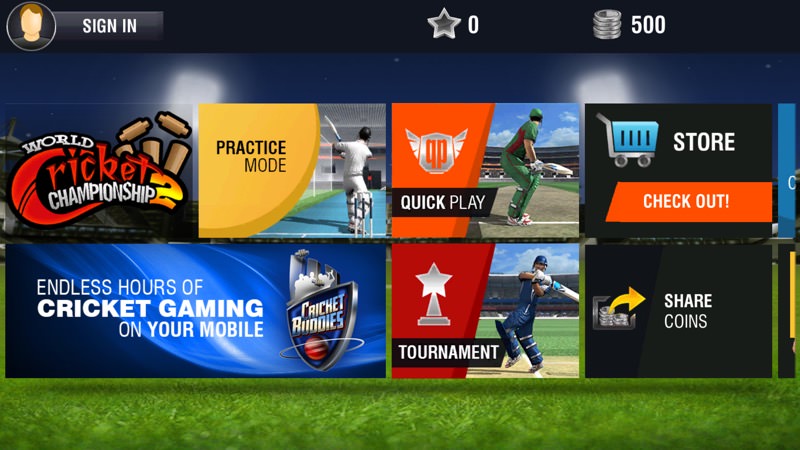 Multiple modes, a proper sign-in system, a virtual currency and tournaments - this is Real Racing 3 style freemium, but with cricket. And that's a good thing. 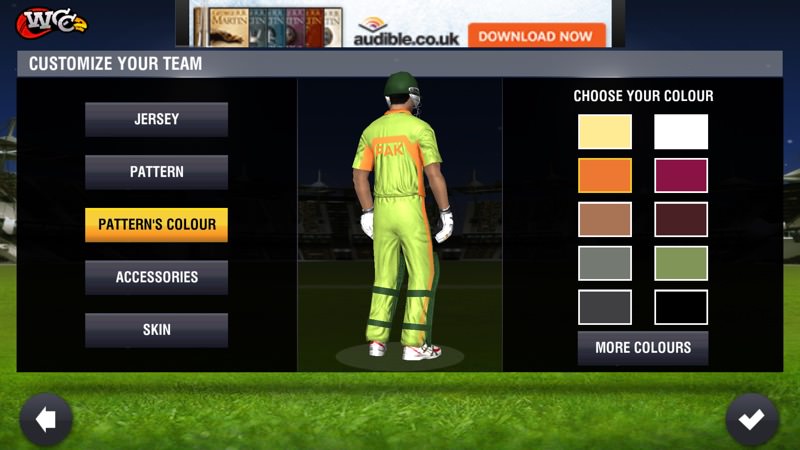 Customisation options go right down to minor cosmetics on your team's outfits - and with everything in the main game rendered in real time, any player can be made to look as you wish and to move as you want him to.... 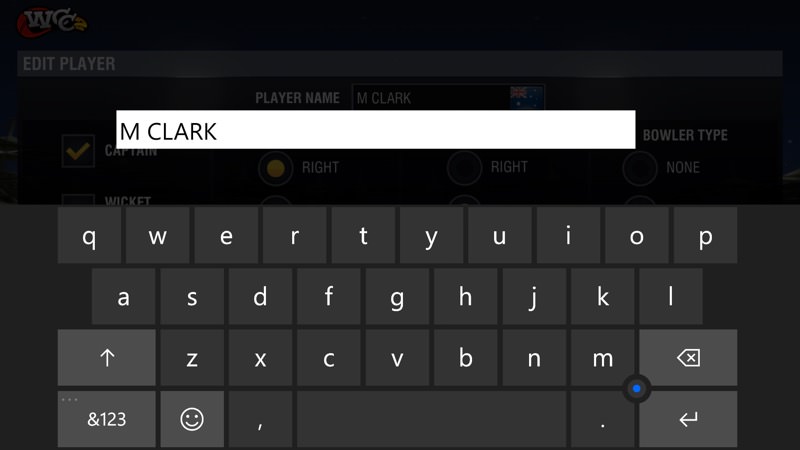 For legal reasons, all the names are scrambled - keen cricket fans may want to correct names, as here, to the right spelling! 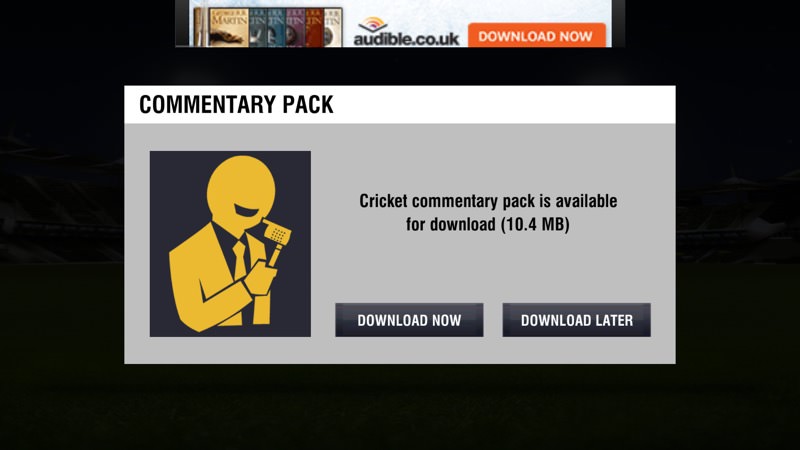 The game itself is a 40MB download, expanding to about 80MB, plus there's an optional extra 10MB for audio commentary, which does add atmosphere, even if the quotes are rather cliched and repetitive. 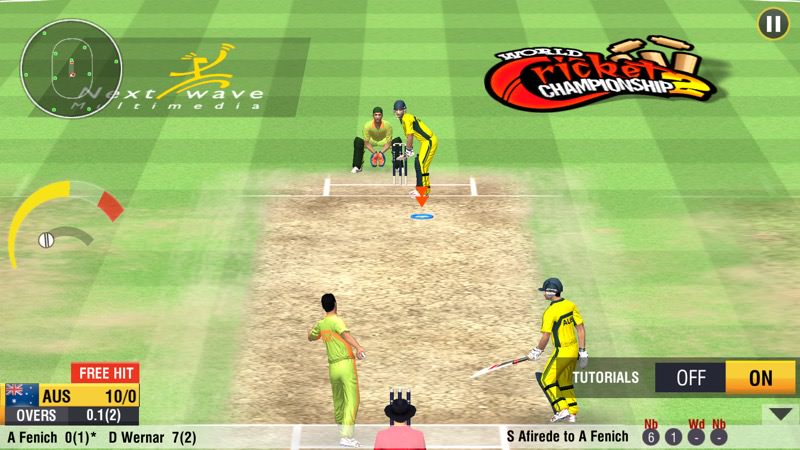 Onto the game proper, spin bowling here. One tap to set speed, one for spin and then drag to position the pitching point. Ha! A perfect leg break. Pity he knocked it for six yet again!! 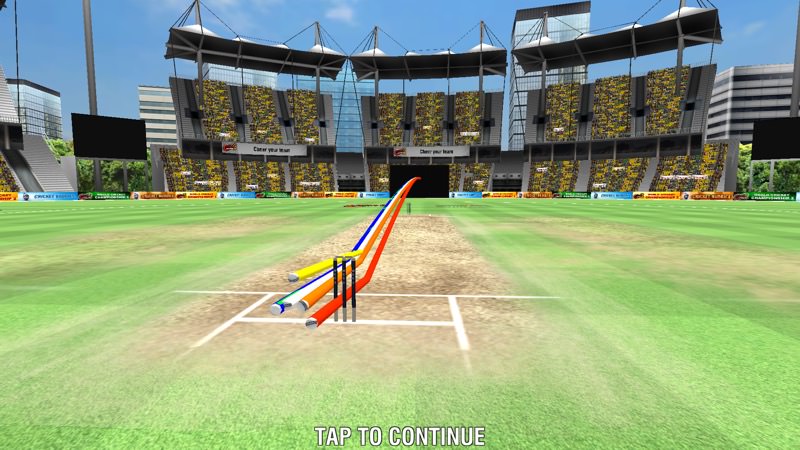 The various TV-style analyses are still here and made slicker than ever! 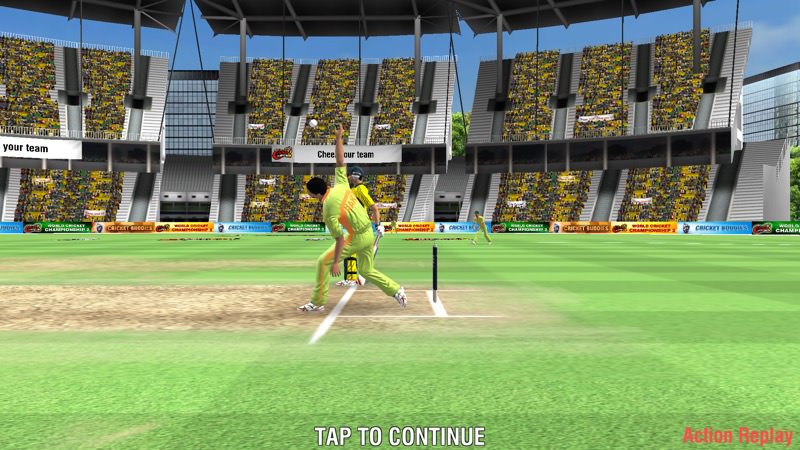 The in-game replays and animations are stunningly well done - here I've overstepped the crease... No ball! 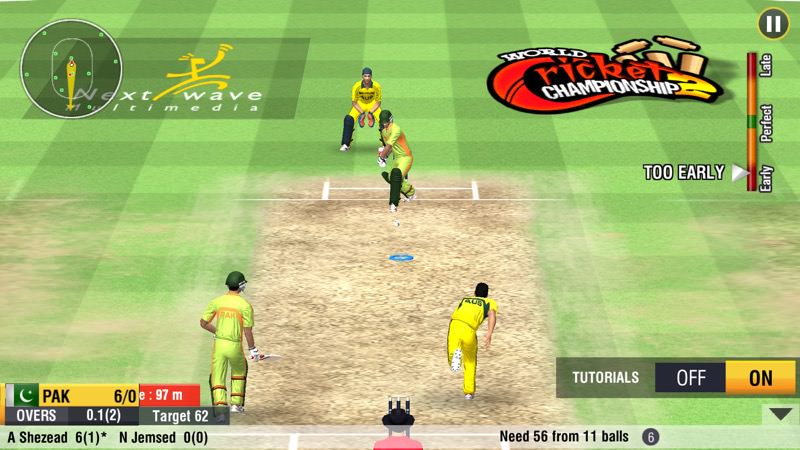 Batting is done by positioning left and right and then swiping in the appropriate direction - it all works well enough, with feedback on timing. If only the real game was this easy though... 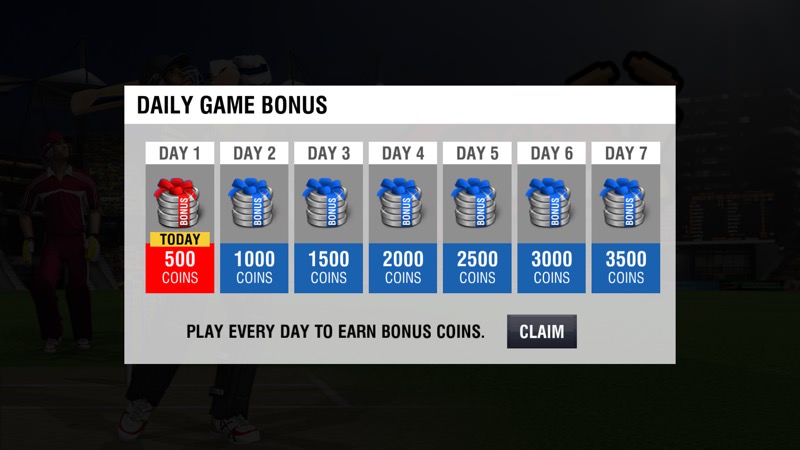 Daily bonuses keep a keen player coming back for more. As with Real Racing 3, if you play just once a day, you can amass quite a bit of money without dipping into your real pocket etc. 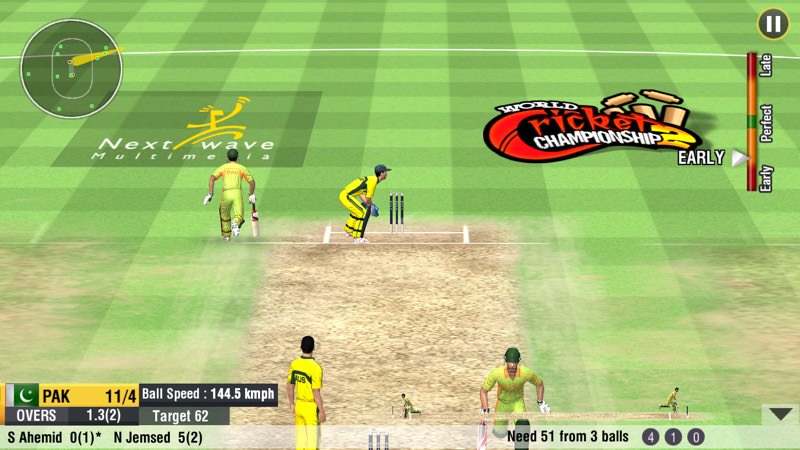 Narrowly avoiding being run out! As with the previous version, running is manual, i.e. you have to tap a control in order to set off. I understand why the developers have done this, but there are still times when I sit back to admire my shot, then realise that the ball isn't going to reach the boundary and that I should have set my players running! 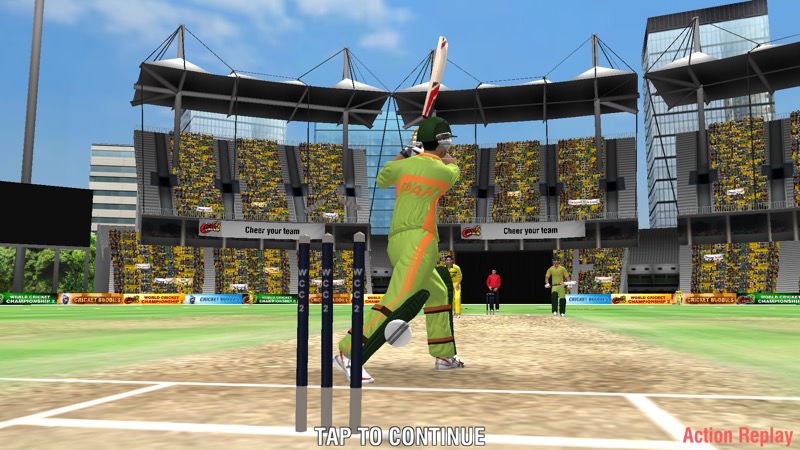 Another of the astonishing in-game rendered animations, I'm getting bowled out here! 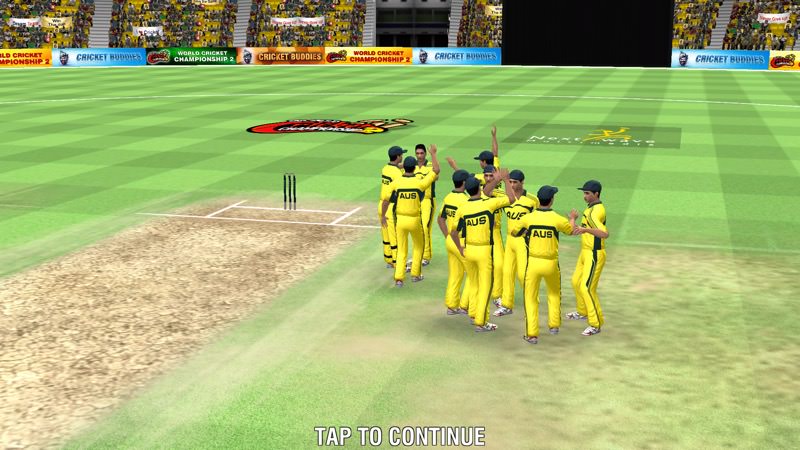 And my opponents celebrate, again TV-style. B***ards - I'll get them in the next game, I really will!

You can grab World Cricket Championship 2 for free in the Store here. In-app purchases aren't too exorbitant, only go up to £5.50 in the UK, and you can do a lot of casual playing without paying a penny...

PS. There's also a VERY arty promo, which is worth watching....